Five or six years ago, there was a certain kind of judgement reserved for people who wore their pyjamas out in public. Those who dared to wander supermarket aisles, meander down to their local coffee shop or do the school run in their sleepwear were met with a range of negative reactions from barely audible ‘tsks’ of disapproval, uttered in passing, to less subtle, head-to-toe scathing stares. Fast forward to today and things have changed significantly. Pyjamas in public are no longer considered slovenly and unsightly and have in fact evolved into viable options for both day and eveningwear. These days, pyjama dressing has become somewhat of an art form with a slew of the world’s most well dressed women debuting chic sets as they go about their days, attend events and walk red carpets. There’s even an entire category of lounge and sleepwear designers emerging to cater to the growing demand for super stylish sets and separates. However, like most fashion trends, wearing pyjama-style garments as day or eveningwear isn’t a completely new phenomenon. 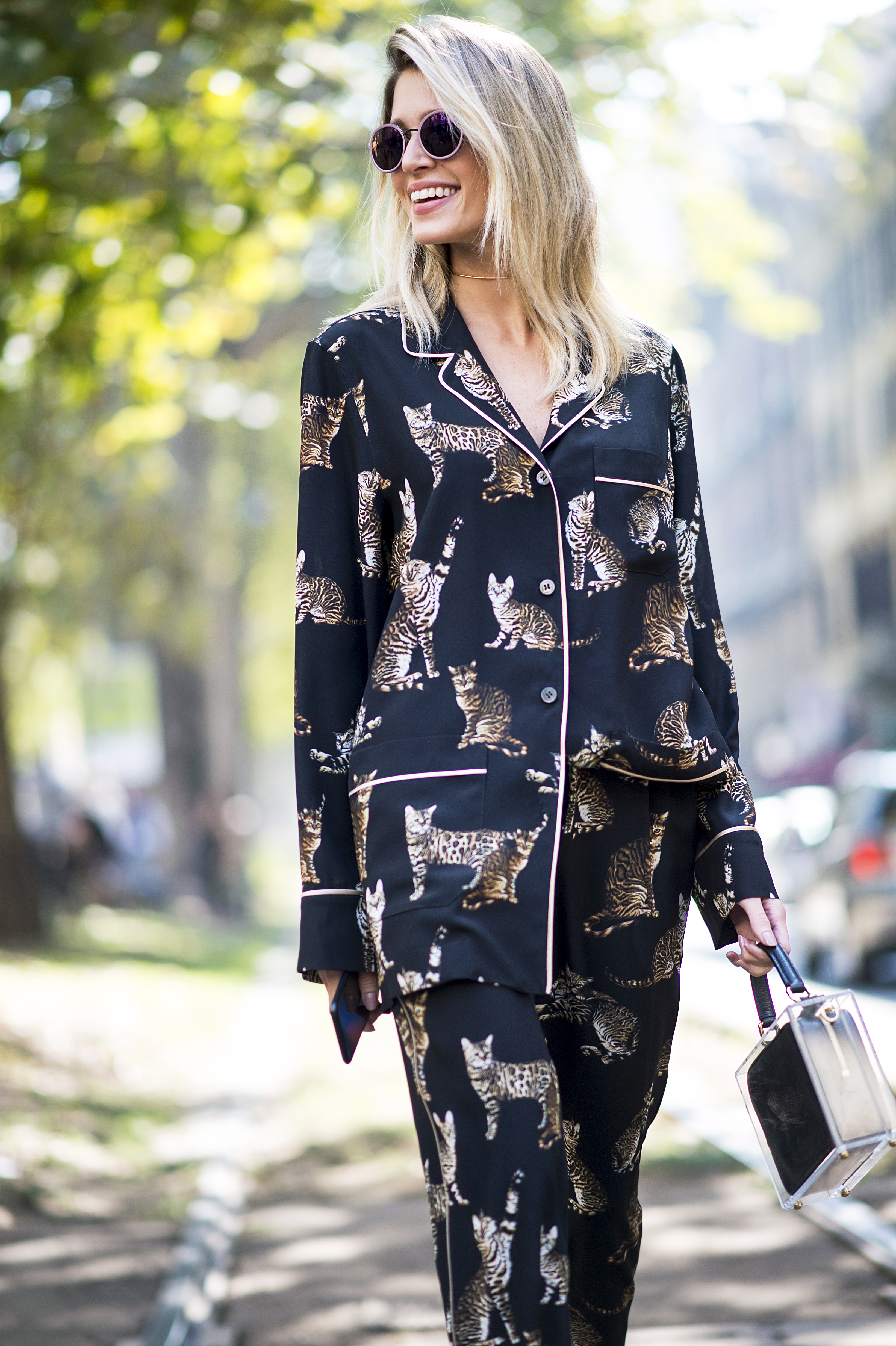 “The first daytime pyjamas were beach pyjamas, worn in the 1930s as sportswear,” explains fashion historian Dr. Kimberly Chrisman – Campbell. “At the time, wearing trousers was considered to be very daring for women. The wide-legged flowing style was a compromise between mobility and modesty.” Simultaneously to this, fashion renegade Coco Chanel, Parisian socialite Daisy Fellowes and silver screen icons such as Marlene Dietrich and Greta Garbo were pioneers for the pyjamas as eveningwear movement, causing a furore by adopting silky androgynous ensembles as a highly elegant alternative to wear to dinner parties and social engagements. The trend then subsided before re-emerging again in the 1960s. “Evening pyjamas became a popular alternative to cocktail dresses in the Sixties,” notes Chrisman-Campbell. “ They were very Eastern-inspired and worn with exotic accessories like turbans, ostrich feathers and chandelier earrings. They often featured wild prints or luxurious textiles and trimmings.” A brief dalliance with silk and satin slips and plaid and tartan pyjama bottoms also ensued during the grunge era in the Nineties. 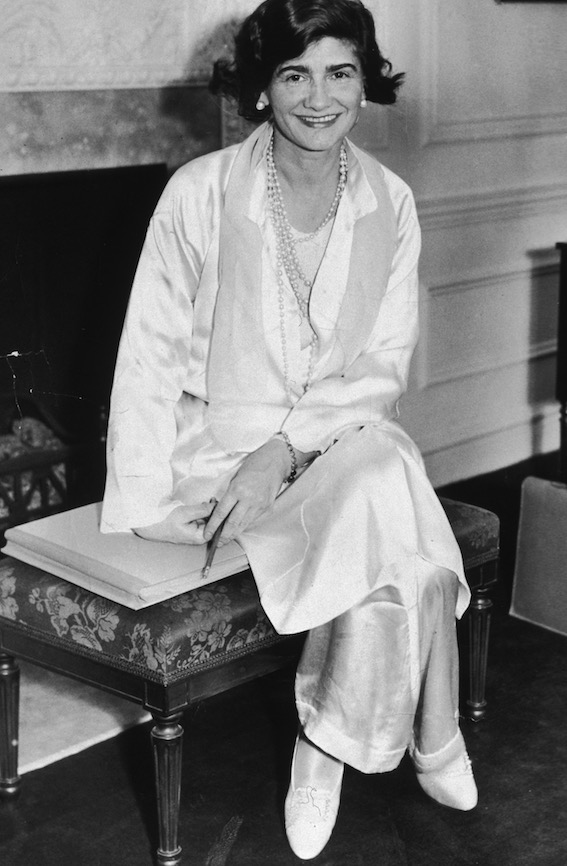 Coco Chanel was one of the key pioneers of the pyjama dressing trend in the 1930s.

High fashion pyjamas made another glorious return to fashion during Dolce&Gabbana’s spring/summer09 ready-to-wear collection. Titled Pigiama Barocco, the show featured a wide variety of both opulent silk separates and sets derived from men’s pyjamas. Then, during the spring/summer16 shows, a resurgence of pyjamas, slinky slip dresses and masculine-style robes exploded onto the runway appearing at Calvin Klein, Sonia Rykiel, Loewe, Ralph Lauren, Alexander Wang, Givenchy, Etro and Gucci and many more in between cementing their place as a wardrobe mainstay. For spring/summer17 Miuccia Prada took things even further sending out fabulous Mandarin collared, marabou-trimmed sets in soft sorbet shades that were both wearable and undeniably decadent, while Bouchra Jarrar opted for billowing relaxed fit trousers and robes in monochrome silk. This season, Etro and Alberta Ferretti led the way with sets cut from plush velvet and swirling paisley fabrics. With brands such as Jason Wu, Tods, Sies Marjan and Alexis Mabille having included languid pyjama silhouettes in their spring/summer18 collections, it’s safe to say that pyjama dressing has established itself as a mainstay and isn’t going anywhere anytime soon.

Look for sets with piping detail and a tailored silhouette to break up block colours.

“I think the popularity in pyjama dressing has led off the athleisure trend. There’s been a lifestyle change in the way that women go to work and also how they work,” reasons Anna Williamson who constitutes one half of the design duo behind British luxury loungewear brand Yolke. “There’s been a big movement of people who have gone freelance or are working for themselves as well as having flexible working hours and days and they want to be comfortable.” Fashion historian Patricia Mears offers a similar outlook. “Casual dress options have been growing and proliferating since the end of the 20th Century. While it may look odd to some, the idea of sleepwear as daywear is really a logical development in the age of athleisure dressing.” When it comes to selecting a set, invest in pairs with tailored silhouettes constructed from high quality fabrics such as silk that can be worn together or separately. Details such as piping, contrasting cuffs or prints will add a touch of opulence and make for a more memorable ensemble. For Francesca Ruffini, founder and creative director of Italian silk pyjama brand For Restless Sleepers, pyjama dressing offers endless comfort and versatility. “You can wear pyjamas with a pair of sneakers and and a T-shirt during the day or go for a matching set with super elegant shoes and jewellery for a cocktail party,” she advises. “The real key to pulling it off is all about your personality and attitude.”

Eight Emerging Brands To Have On Your Radar In 2023