Pure And Simple: Prada Presents The Show That Never Happened

A question mark has been hanging over the digital fashion week format the industry has been trying to navigate since the pandemic — but, if one brand can evolve in this forward-facing era, it’s Prada. Subtitled, The Show That Never Happened, Prada’s Multiple Views SS21 presentation revealed a functional approach to fashion, told through five thoughtful chapters from five different perspectives.

Designed to echo the separate sets of eyes that would interpret a collection during a live runway experience, viewers saw Prada’s spring/summer 2021 men’s collection and the women’s pre-spring/summer 2021 collection — expect fuss-free silhouettes and ‘90s minimalism in black and white, with a hint of dusty pink — via a short film divided into multiple viewpoints. With artists Willy Vanderperre, Juergen Teller, Joanna Piotrowska, Martine Syms, and Terence Nance each revealing their own cinematic take on the two Prada collections. 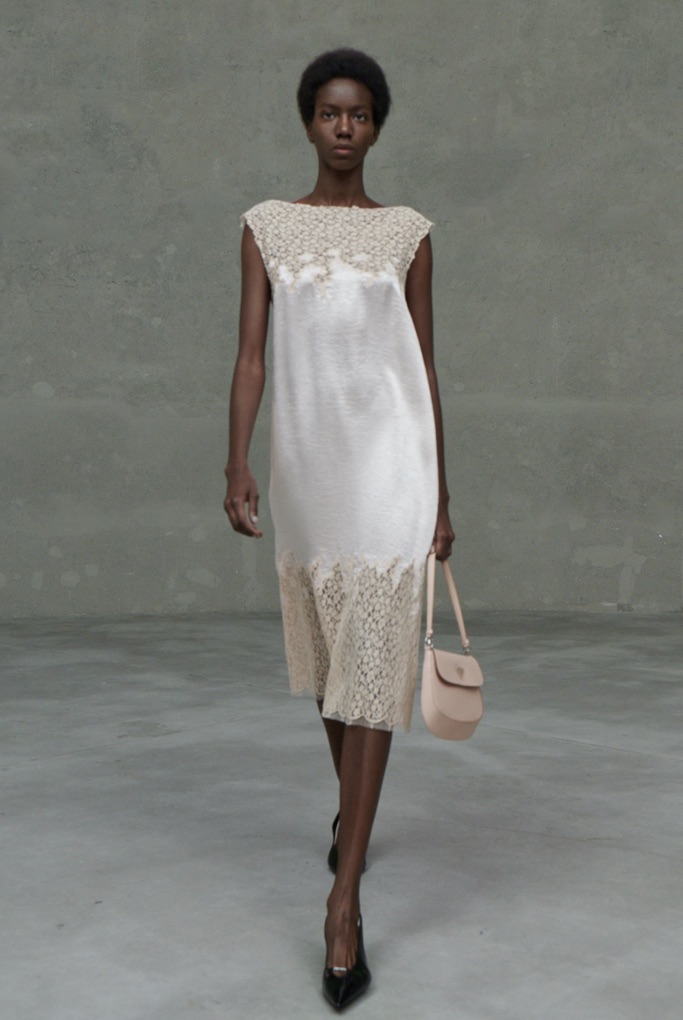 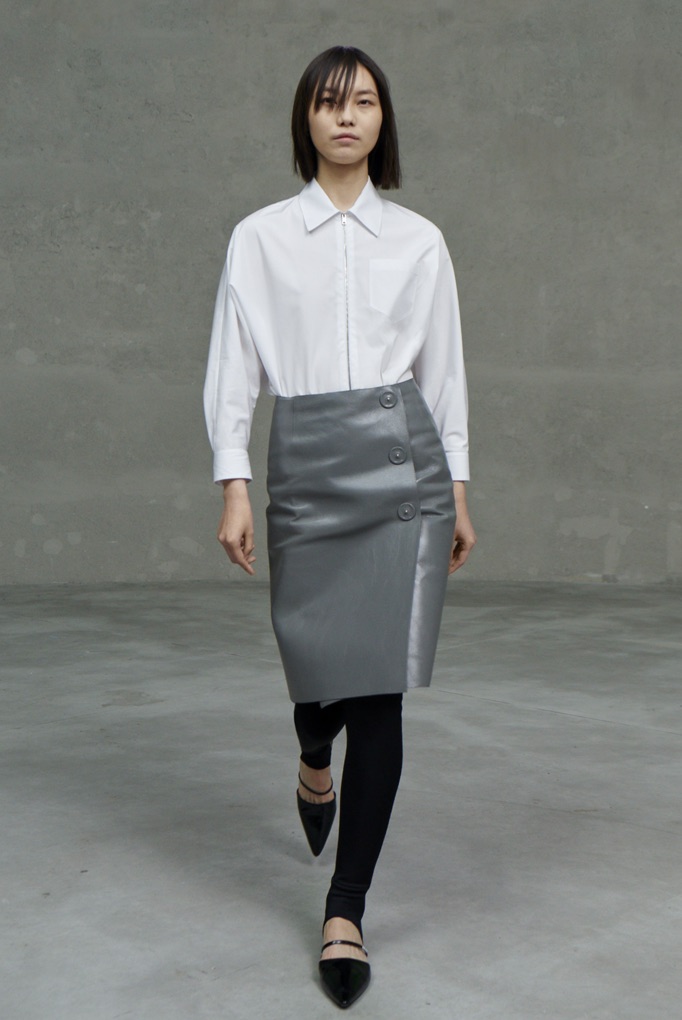 “Prada evolves and changes every season; this season, the part we were shooting and filming felt like an honest collection. Stripped from fashion ideas, which turns that idea into fashion again” said creative Willy Vanderperre, while reflecting on his film for Chapter One, which saw a chilling sequence of black and white silhouettes in narrow tailoring walk to the tune of atmospheric violins; an introspective scene straight from a cryptic thriller.

Chapter Two by Juergen Teller, focused on the collection’s industrial undertones presenting an array of nylon workwear — worn with crisp white shirts and wear-with-anything leggings and pared-back accessories — presented through a mix of photography stills and film captured in a factory. The feminine full skirted dresses in black nylon (stamped with house’s triangle tag) were a particular highlight, with one strapless dress adorned in a stunning lace trim — all styled with back-to-basics ballet slippers. 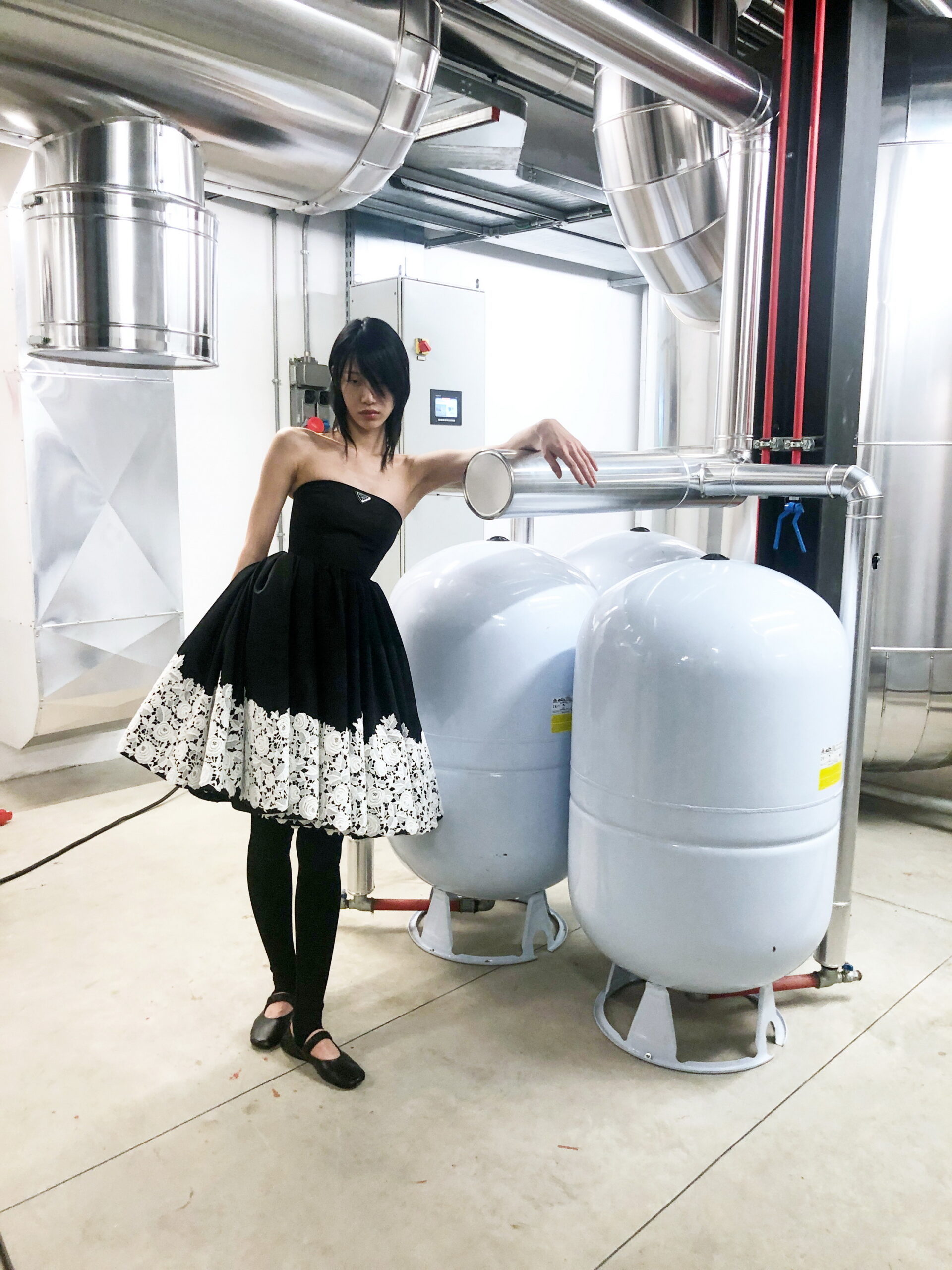 For the third installment of the film, Joanna Piotrowska showcased a more sensual side to the collection — cue sleek leather cuts and transitional shirt dresses — with a playful clicking sequence that could almost mirror an elevated TikTok. “I thought that this short could be an interesting space to work with the [finger] snap as a recurring motif that marks the movements and refocuses the viewer’s attention to each new look,” revealed Piotrowska.

Interpreted by Martine Syms, Chapter Four was a joyous reference to cinema culture from the 1960s to present day — offering a more upbeat rendition of the collection, told through a ‘60s-tinged colour spectrum. There were satin slip dresses in soft spearmint and off-white; chic coats in blush pink and cream; and for men, chunky knits and collarless suiting for men — all effortless styles to wear and re-wear, captured through a collage of screens. 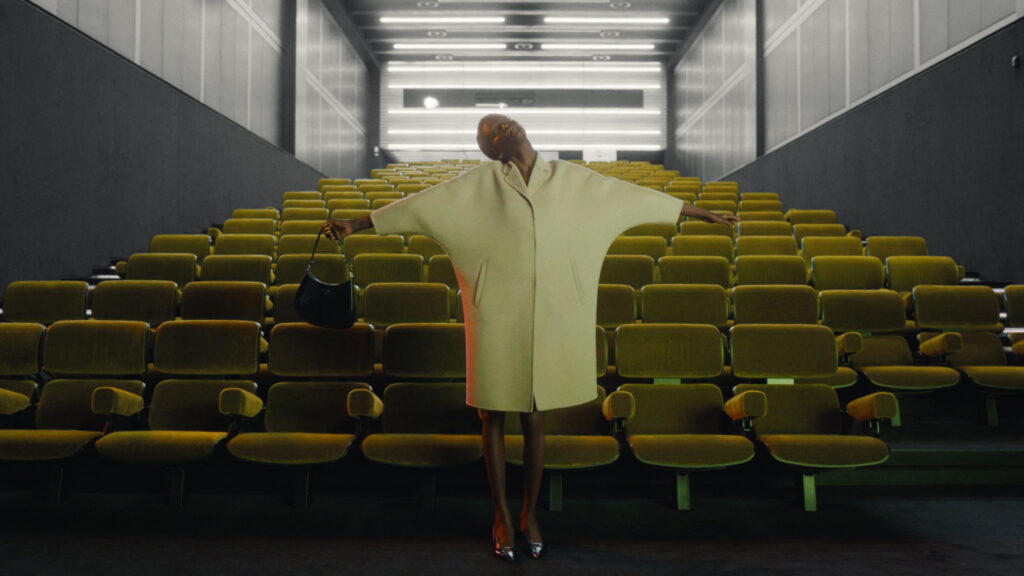 The final chapter was an ode to athleisurewear, experienced through Terence Nance’s apocalyptic lens. While a burning moon and a heightened sense of survival built up anticipation, reflective surfaces and a series of sportswear in a clean white were surprisingly soothing. “Attention is drawn back to clothes – simple clothes, with a use and a value, a longevity and a place within people’s lives,” read the pre-screening press notes. “A radicalism is found in purity – simplicity with a complexity, yet an antidote to useless complication in precision and directness.”

This was fashion with purpose and simple reasoning; a much-welcomed sentiment during times of uncertainty. The collection’s complexities were embedded within the multiple viewpoints, the mode of storytelling that had us hooked from start to finish. As Miuccia Prada made her final solo (and socially distant) bow, before Raf Simons joins in September as co-creative director, we were reminded that this wasn’t a runway but an entirely new experience that the world could revisit time and time again. A simple, but powerful tool. 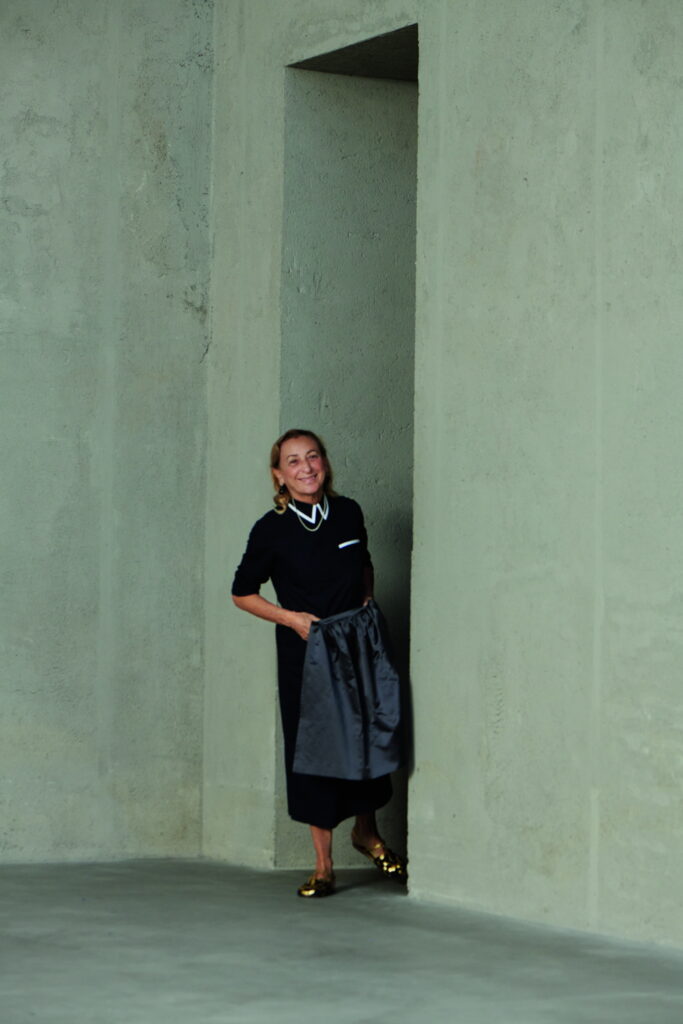 Read Next: Elevate your workwear wardrobe with Prada’s exclusive ME launch

WATCH: Behind The Scenes Of The North Face x Gucci Collection