You might not have heard of Christophe Lemaire. He’s been flying under the radar on the Paris Fashion Week schedule for quite some time. A recent departure from Hermès last fall has done little to hamper the Frenchman’s stamina as he ventures into a new collaboration with Japanese minimalists, Uniqlo. 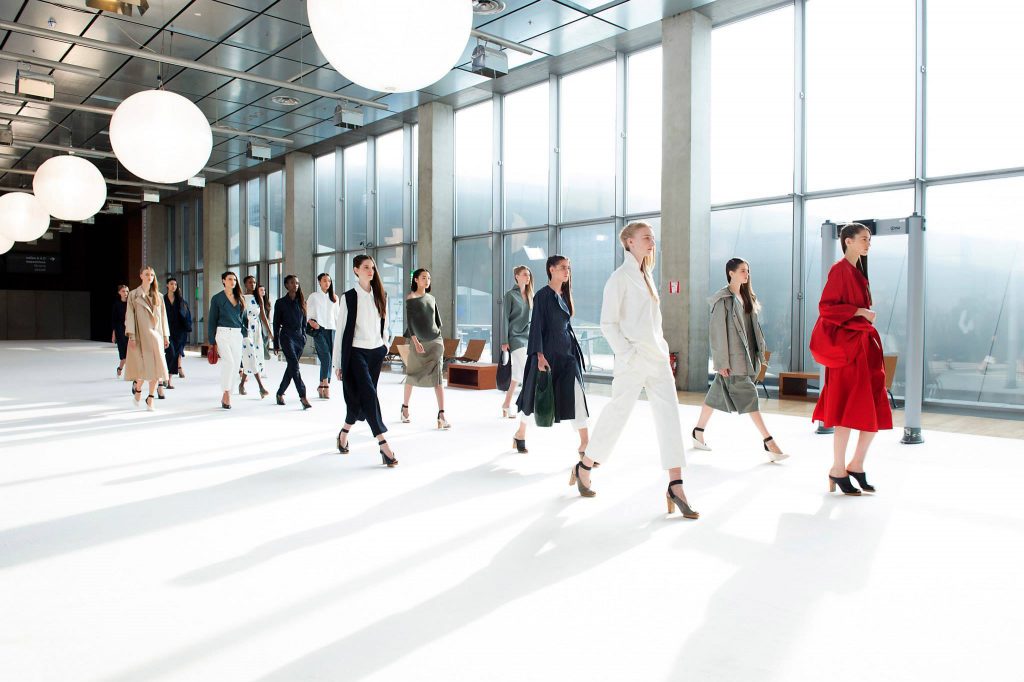 Whilst today’s show may have kicked off day two of Paris, it was the announcement of Lemaire’s partnership with Uniqlo for their next designer collection this AW15 that struck a chord with the fashion press. There’s always a buzz in the air with a designer-retailer synergy, just look at H&M’s wildly successful collections of late (you’ll find a bounty of street-stylers sporting ‘Wang’ emblem sweatshirts this season). But there’s a creative difference here. Lemaire is known for his fluid, minimalist silhouettes and overt Parisian aesthetic. And, while Uniqlo may sport a Japanese birth, the two styles go hand in hand. 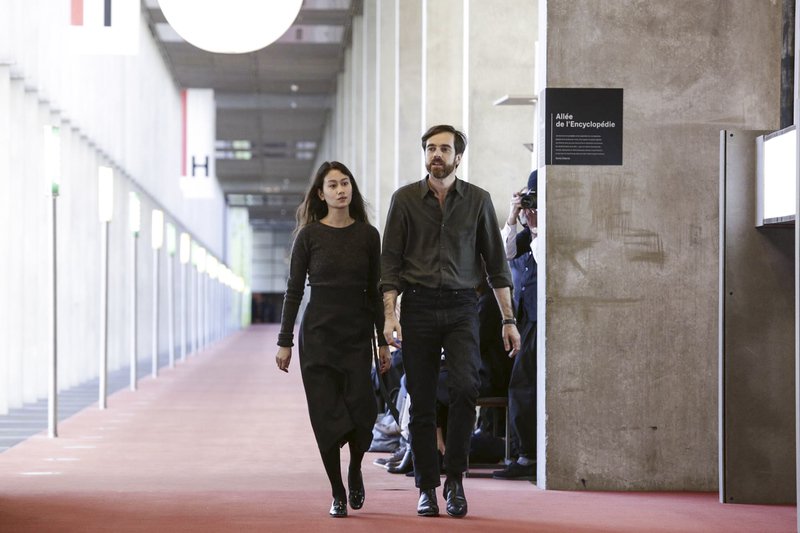 Today’s collection at the National Library of France was Lemaire’s pre-emptive note for Uniqlo. His familiar linear silhouettes dominated proceedings in long, languid herringbone cuts. In the details there was much to discuss. Lemaire is a master of the accessory, and today’s show was particularly strong in bags, belts and shoes – a concerted commercial effort, perhaps? Even so, capsule collections for big brands require a dogged focus. Lemaire proved this in the options he gave his woman. Wide cut paperbag trousers, suits, skirts, belted outerwear and capes – all viably ready for the harsh winter months. 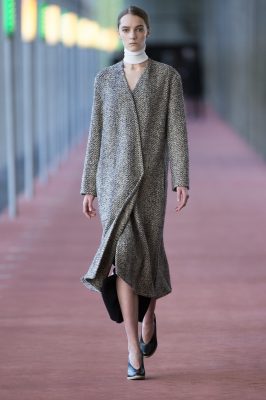 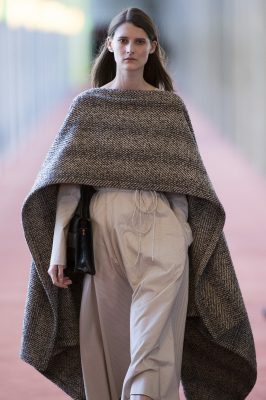 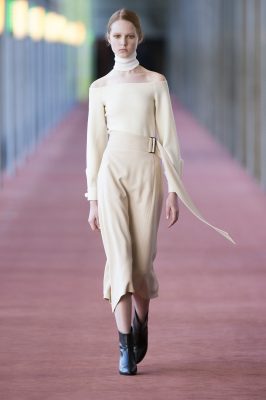 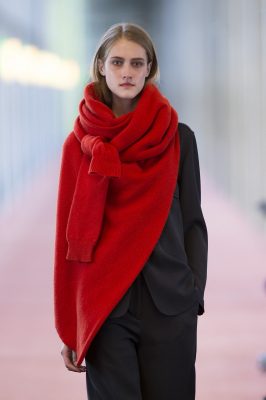 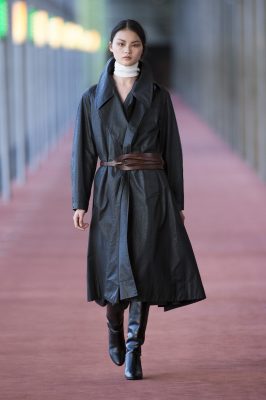 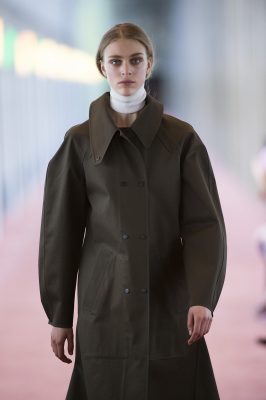 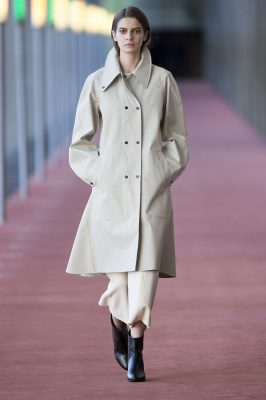 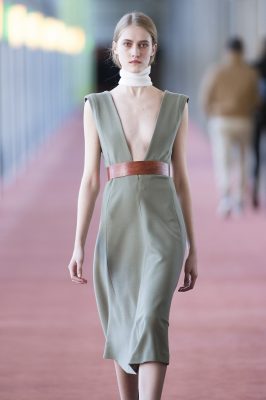 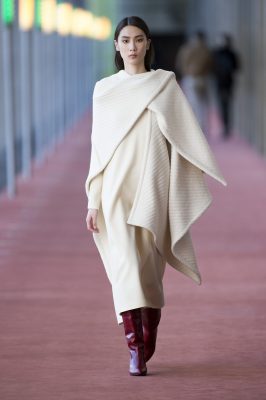 Lemaire played to the strengths of the Uniqlo brand – void of prints, conservatively modest. Longer hemlines called on a style sobriety, with the clothes paraded today perfectly primed for the office.

After nearly a decade at Lacoste and a transition to Hermès, Lemaire has finally found his footing. Uniqlo may be just one of a long line of collaborators for the brand, given Lemaire’s ability to provide women with exactly what they want.