From erupting Icelandic volcanoes at Vionnet to icy Hitchcockian heroines at Rochas, designers took inspiration from both the iconic past and the immediate present at day two of Paris Fashion Week. 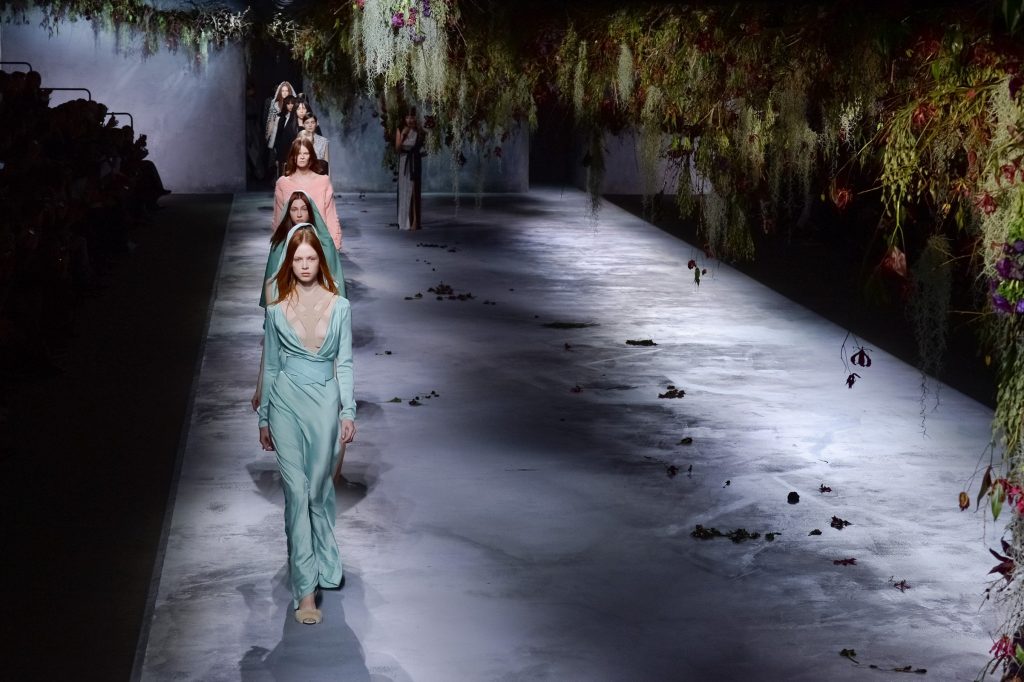 A brave palette of muted seventies’ brown dominated the first five looks of the Rochas autumn/winter collection. That’s not something every designer would be daring enough to pull off, but for Alessandro Dell’Acqua’s third collection as creative head of the French fashion house it was a ‘sit-up and take notice’ moment. Taking inspiration from swallows, the collection flittered between past and present references. From one iconic movie moment to the next – whether waist-cinching belts courtesy of one of Hitchcock’s blonde heroines or the stiff pussybow blouse from The Prime of Miss Jean Brodie – Dell’Acqua delved deep into the cinematic past. Matching a coat with a dress feels vintage in itself, but the hemlines and accentuated waists added a modern appeal. The pièce de résistance? His pie-crusted ruffles that adorned the bodices of fifties-style cocktail dresses with aplomb. With the celebration of the brand’s 90th birthday this year, a sartorial nod to the past was always going to be part of the Rochas vision for 2015. 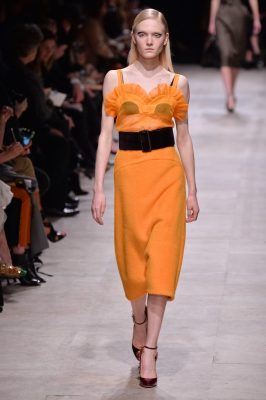 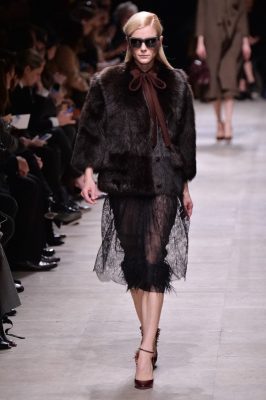 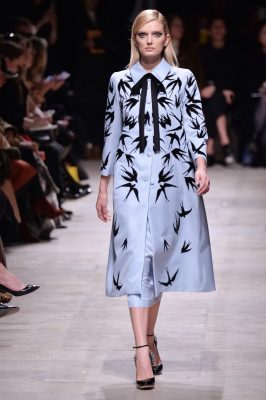 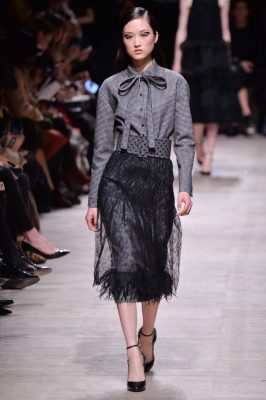 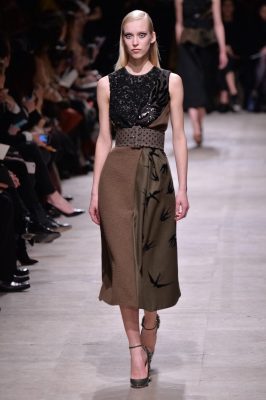 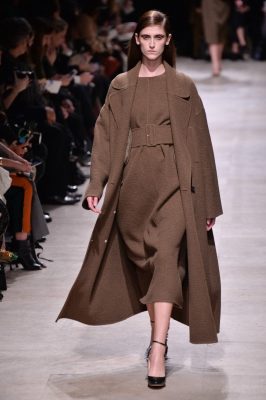 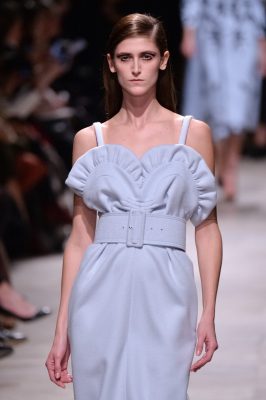 Enjoy playing sports in the evening? It’s a 21st century must-do pastime – or so Alexis Mabille would have us believe. Sport-fused ensembles juxtaposed with evening wear are the main starting point for Mabille’s autumn/winter collection. Fifty shades of grey are plastered across everything from jersey leggings to sharply tailored skirts as pieces took to the tone with ease. Beautiful trompe l’oeil twists are printed across both skirts and dresses. Yet Mabille makes one thing clear: the meeting of sport-street-runway is still set to trend for the season ahead.

The day concluded with Vionnet and their volcanoes. After taking her team to Iceland (by helicopter) designer Goga Ashkenazi waited, watched and then took inspiration from an erupting volcano for the entire collection. Ashkenazi plays with the forces of nature in more ways than one. From cracked mud effects on leather to running lava dripping down dresses, the volatile temperament of the planet is evident throughout. Burning bright in bold red or touches of ice-blue glacial shades allow the cuts and deconstruction of the pieces to fall in with Ashkenazi’s own fashion fever, and the sense of individuality from the designer and her team is the main triumph of their autumn/winter offering. 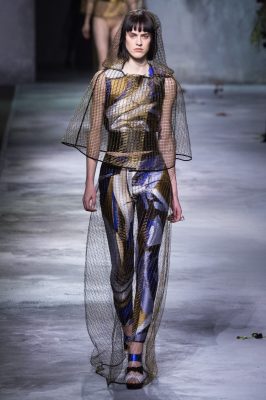 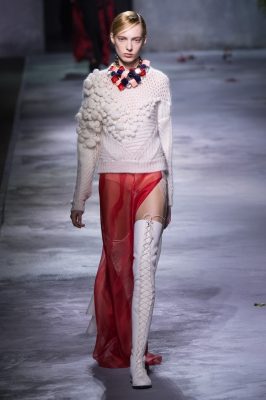 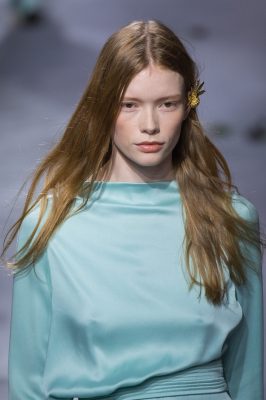 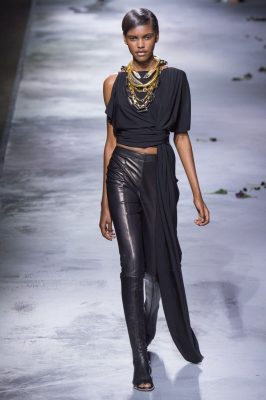 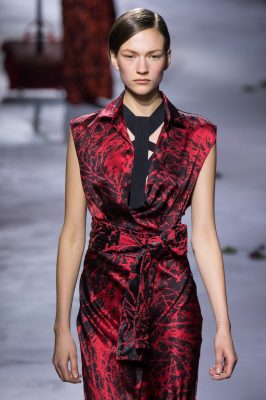 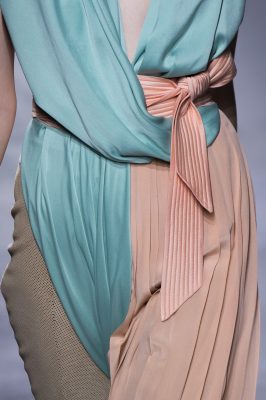 How To Wear: All White Everything

Transeasonal Dressing: Return of The Mac