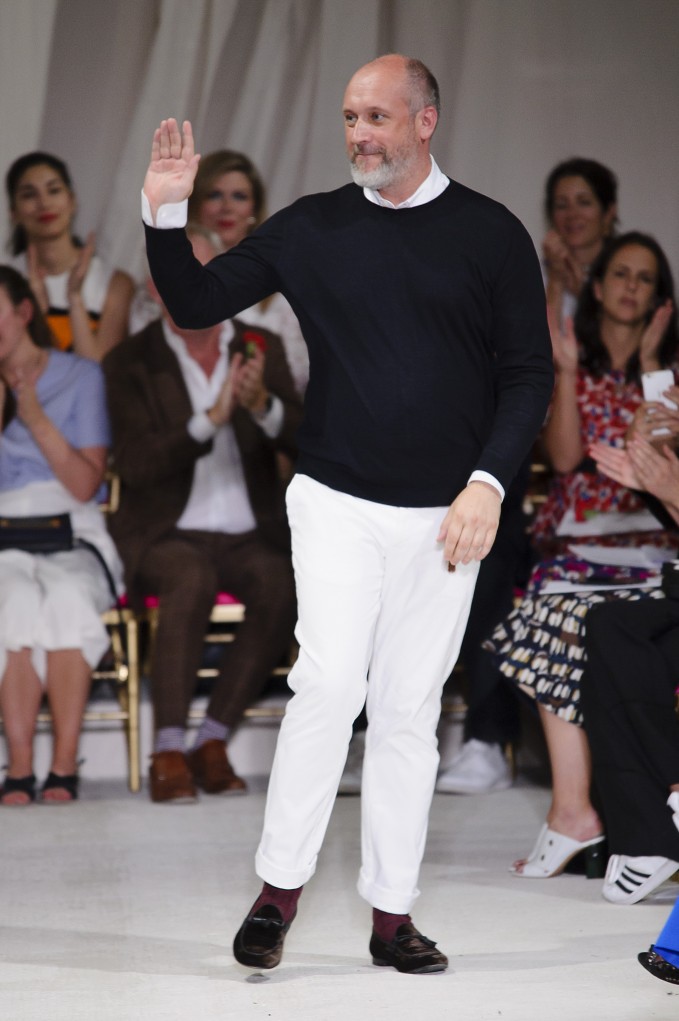 Peter Copping is the latest designer to make his exit through fashion’s constantly revolving door. Copping took the helm as Creative Diretor at Oscar de la Renta in October 2014 after being handpicked as de la Renta’s successor by Mr. de la Renta himself.

The brand issued an official statement confirming Copping’s departure in which the British-born designer said, ‘After almost two years at Oscar de la Renta, personal circumstances require me to return to Europe. I have loved my time in New York where I hope to return at some point in the future.’ No replacement has been named by the brand as of yet and an in-house team will complete the Spring 2017 collection due to be shown in September.

Copping’s departure is the latest of a number of designer turnovers with Saint Laurent, Balenciaga, Dior, Lanvin, Tod’s and Valentino all experiencing changes this year.