The 2019 Oscars were all about film, fashion and form on the red carpet…

Perhaps the biggest night on Hollywood’s 2019 calendar kicked off into high gear overnight.

The 91st edition of the Oscars gathered some of the industry’s heavyweights, who have all aced their red carpet sartorial choices. Away from traditional formal colours (think black and navy), the A-list crowd have opted for comfort and colour this season.

It seemed that pink was the leading theme of the evening. From saturated pinks, soft blushes and everything in between, the hue dominated the sartorial game. The Crazy Rich Asians star, Gemma Chan, dazzled in a fuchsia Valentino frock whilst American singer, Kacey Musgraves, stunned in a cotton candy-coloured gown by Giambattista Valli Couture.

Julia Roberts was a vision in pink, too. The iconic actress made a surprise appearance while presenting the Best Picture award, dressed in a hot pink Elie Saab number. The Pretty Woman star couldn’t have complimented her look any better as she then dressed her feet in neon Stuart Weitzman sandals and finished it off with Cindy Chao’s The Art Jewel architectural earrings and branch bangle. 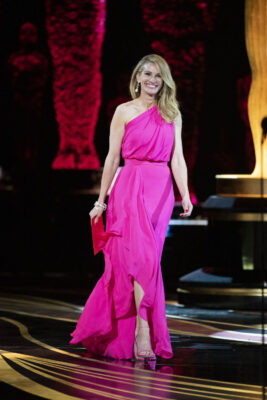 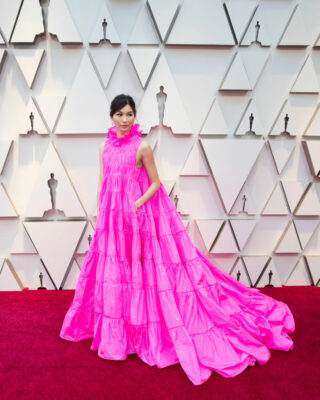 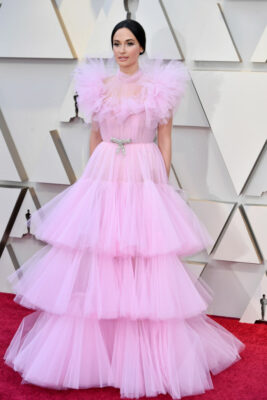 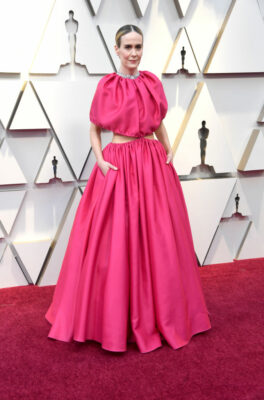 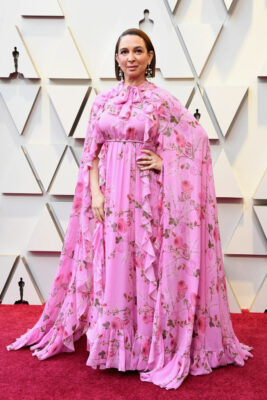 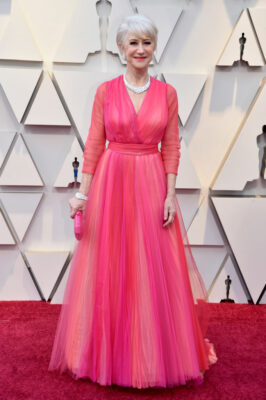 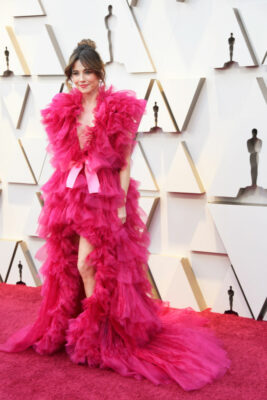 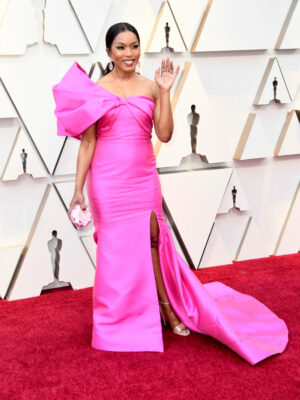 Also a favoured choice on the runway concluded in metallic ensembles. For instance, Emma Stone donned a sequined copper creation by Louis Vuitton whilst Jennifer Lopez opted for a gold embroidered mirror mosaic gown by Tom Ford. Brie Larson joins the list as well, with a number by Hedi Slimane at Celine.

Browse through the looks here… 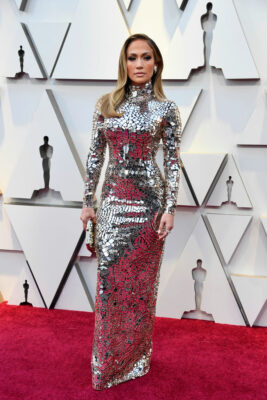 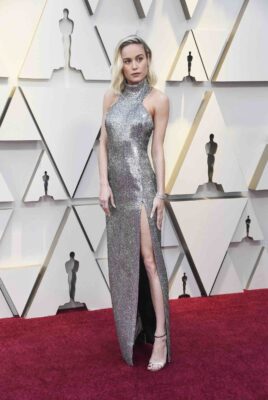 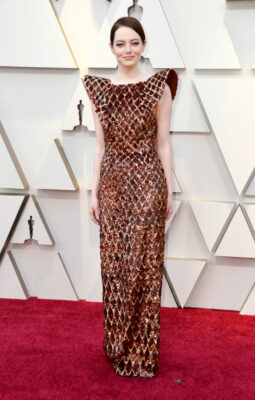 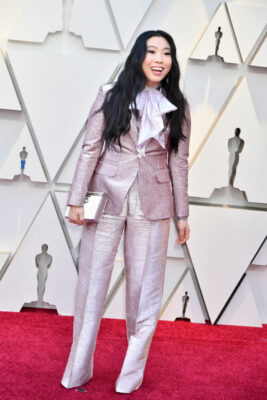 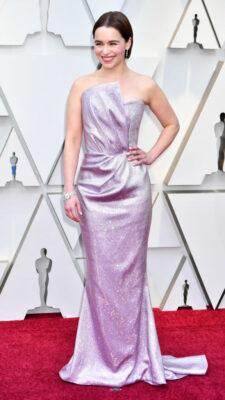 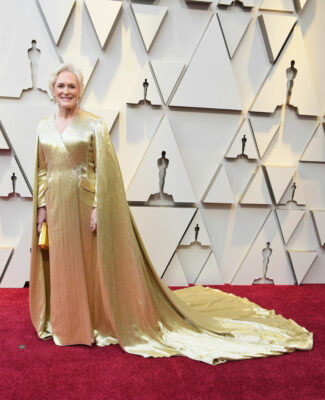 In addition to the dominating themes, a slew of celebrities sported some swoon-worthy options, too.

Lady Gaga remained surprisingly subtle with a custom-made bustier gown by Alexander McQueen. However, her choice of jewellery sparked attention of enthusiasts around the world. Sitting around her neck was a 128 karat Tiffany’s yellow diamond necklace, last spotted on Audrey Hepburn at her Breakfast At Tiffany’s press tour in 1961.

Plus, Charlize Theron just debuted her most dramatic makeover yet. Sporting a new short brunette bob, Theron complimented her new look with a baby blue Dior gown and Bvlgari jewellery.

And just when we thought the red carpet couldn’t get any better, an Oscar winner donned a Middle Eastern creation. Hannah Beachler won an award for Best Production Design in Black Panther. For the occasion, Bleacher chose a Rami Al Ali S/S’19 Couture Orange Satin dress. 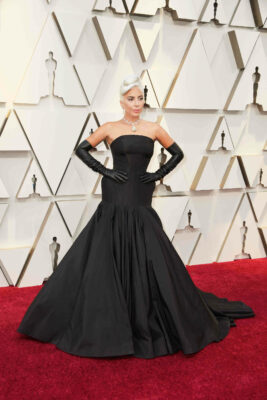 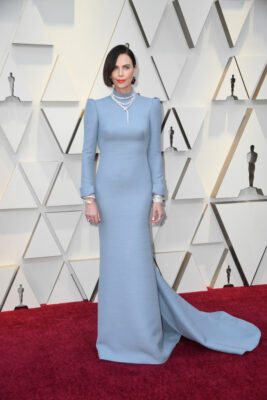 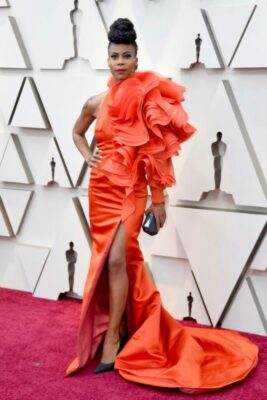 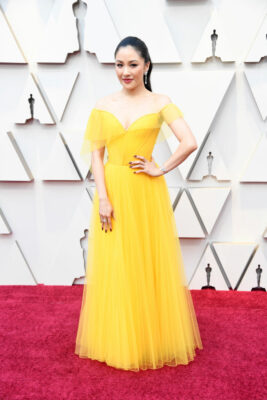 Then, take a look at how Versace celebrated its iconography at its Fall/Winter ’19 show.