From the mesmerising African allure of Valentino to the suburban mystery of Christian Louboutin, we bring to you the second edition of spring/summer 16 ad campaigns that are reshaping the luxury fashion industry.

“I pictured a unique and special woman who lives in wide open spaces, freeing her imagination, without any restrictions.” Ferretti reveals of her vision for the ethereal spring/summer 2016 campaign shot in a hazy deserted space as supermodels Amber Valetta and Liya Kebede don billowing maxi dresses, lace separates and slouchy trousers in a white and beige palette, posing as bohemian goddesses for photographer Peter Lindbergh. 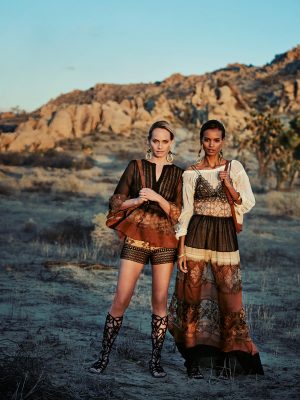 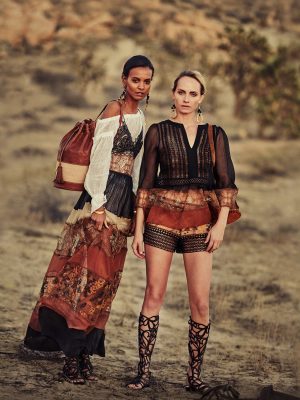 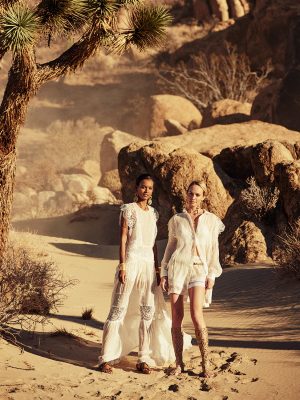 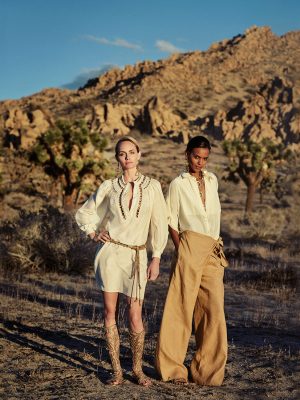 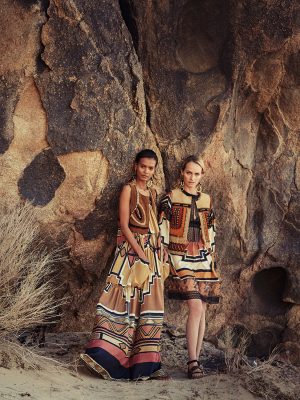 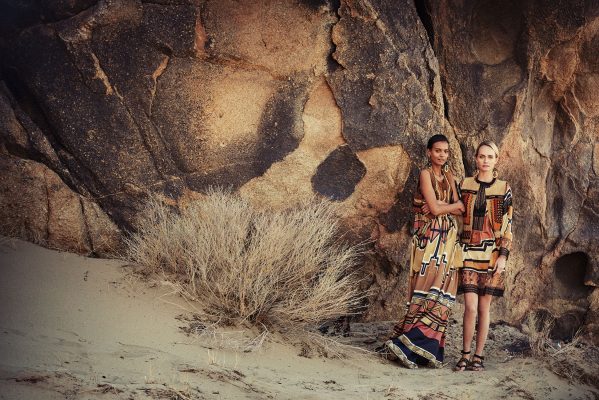 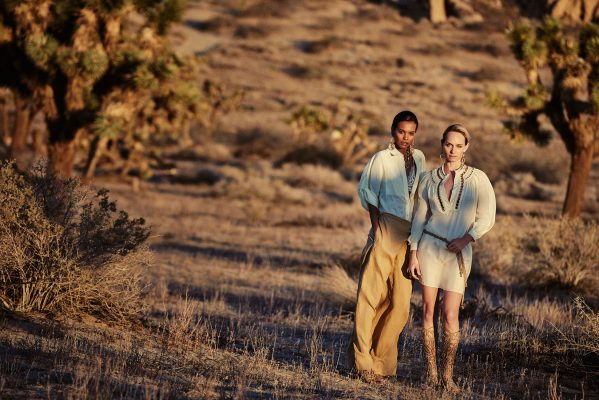 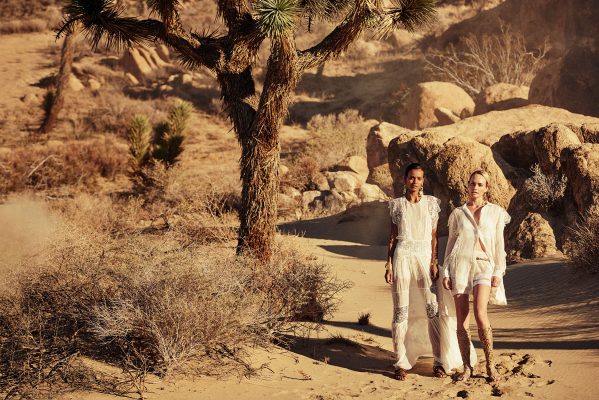 In a fun and creative campaign, Louboutin plays storyteller in a fully fledged suspense story with an unknown ending. The thrilling video gives a closer look at Amazoula, the latest spring collection that is the main protagonist of the mystery. Only time will tell Who Killed Amazoula?

In a cut and paste styled shoot for Celine’s spring/summer 2016 campaign, Juergen Teller goes old school in imaging techniques and removes all things modern when it came to the photography. Models Vera Van Erp, Regitze Christensen and Karly Loyce are captured in an early 2000s inspired shoot with sharp silhotettes and muted nudes paired with slick hair and red lips. 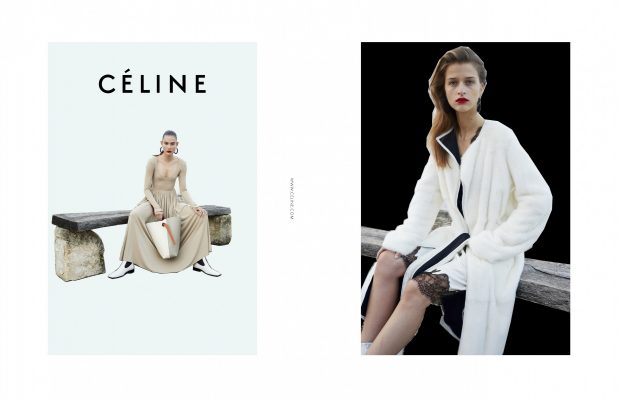 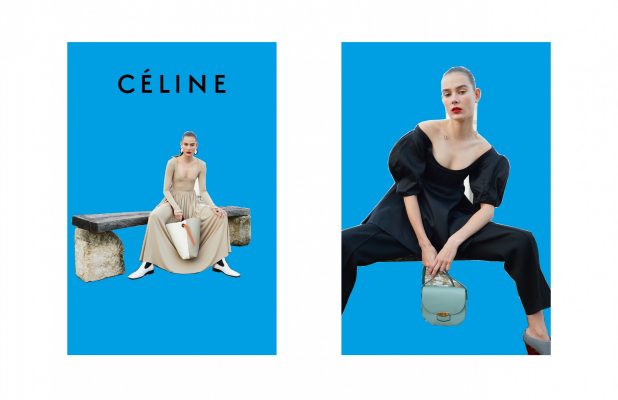 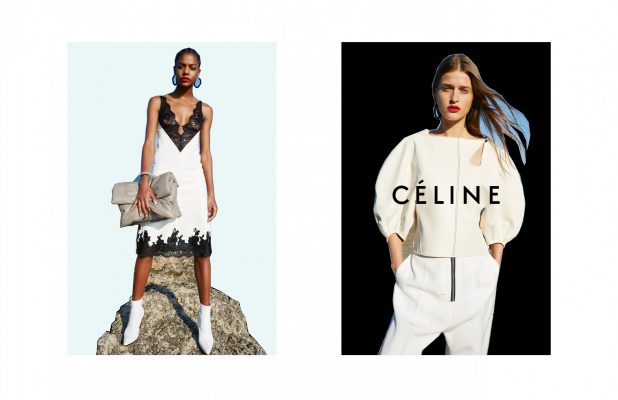 “Working with Carolina Herrera is really exciting for me in this time in my life – it’s a world I know very well,” says Testino on his first ever venture for the brand’s global campaign. Set in a refined townhouse in Spain, overlooking the Mediterranean Sea with a neoclassical décor, supermodels Lily Aldridge and Romee Strijd embody the feminine and playful aesthetic of the brand in sleek silhouettes of gorgeous daywear with the much-awaited Baret bag that will soon hit the stores.

Olivier Rousteing brings the original 90s supermodels together for a reunion, and what a vision they are together! Captured by Steven Klein in the house’s SS16 collection, the campaign, more than clothes, officially secures Schiffer, Crawford and Campbell as leading women of the #BalmainArmy. “To say that working with these three incredible women was a dream come true is no exaggeration,” Olivier says. 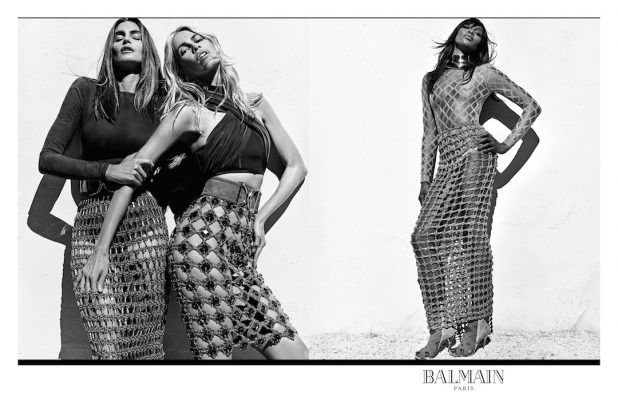 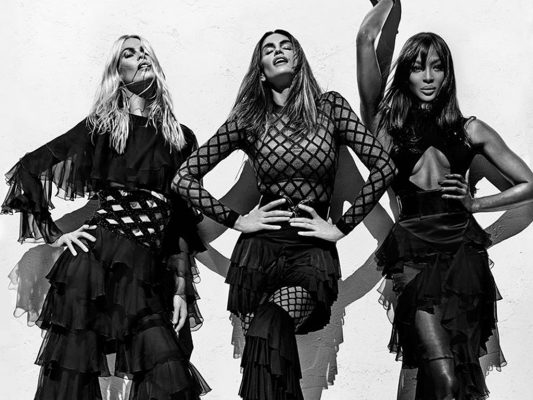 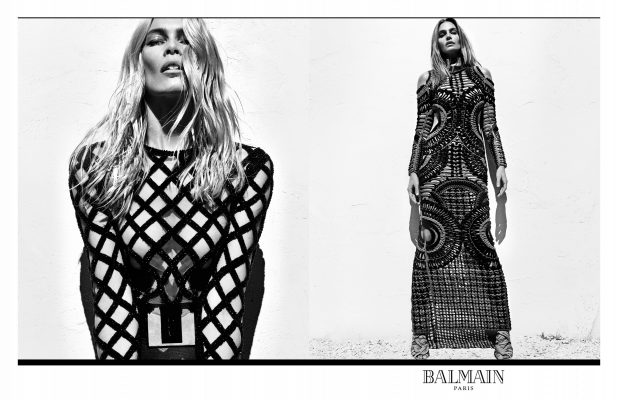 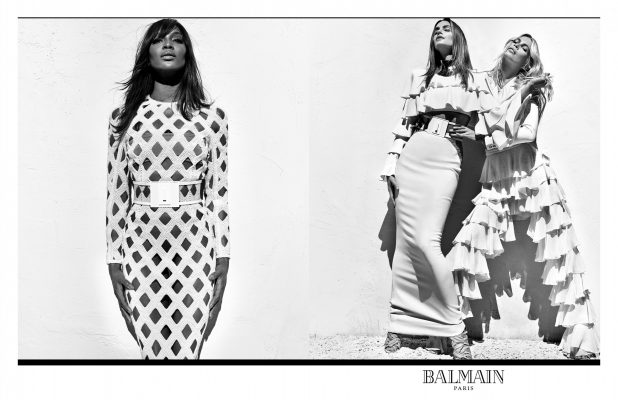 Steve McCurry is not a fashion photographer. Steve became a worldwide phenomenon when his most iconic photograph “Afghan Girl,” came out in National Geographic magazine’s June 1985 cover and considering that he specializes in chronicling cultures across the globe, he was Valentino’s first choice in shooting their spring/summer campaign inspired by a tribal African excursion. With glimpses of the native Masaai villagers alongside supermodels decked in the latest collection with feather collars, long dresses with tribal motifs and cornrows, Maria Grazia Chiuri and Pierpaolo Piccioli’s African mirage instantly transports us through the rich heritage of the Sub-Saharan paradise.

Taking inspiration from retro sub-urban cinema, model Charlotte Cardin embodies the Joie de Vivre of spring. With the striking reminiscence of a young Jane Birkin, the campaign is bursting with vibrant hues on dresses, blouses and trousers, becoming the absolute protagonists of the images shot at the Universal Studios in Hollywood.