The Big Four kicked off on September 6, with influencers and editors from around the globe turning out to see NYFW’s unmissable shows – the ones which set the style agenda for Spring Summer 2020. Here are the five things everyone is talking about so far…

1. HAIR COMBS ARE BACK 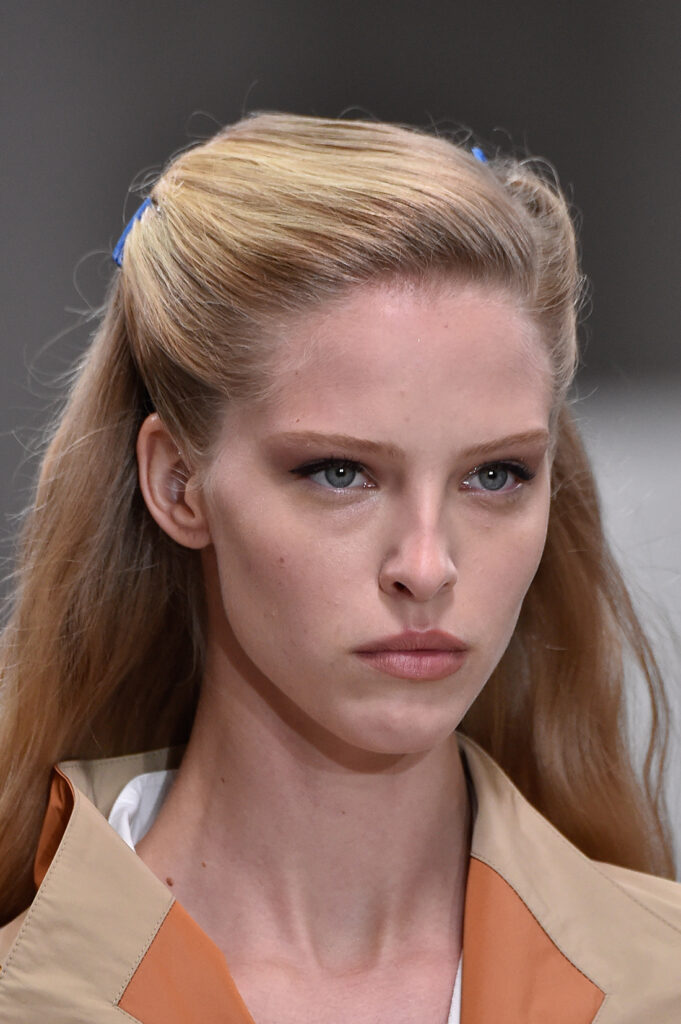 Guido Palau repurposed and customised hair combs for Tory Burch’s 2020 collection, creating them in a slew of pretty pastel shades. Palau described the look as a “gentler version” of the previous 40s and 80s incarnations. Hair was swept back off the face and pinned to either side with combs. The look captured the Sloane Ranger aesthetic Princess Diana embodied so well. Perfect posh-girl skin complicated pretty silk prints, telltale pouffy sleeves and pussy bows. 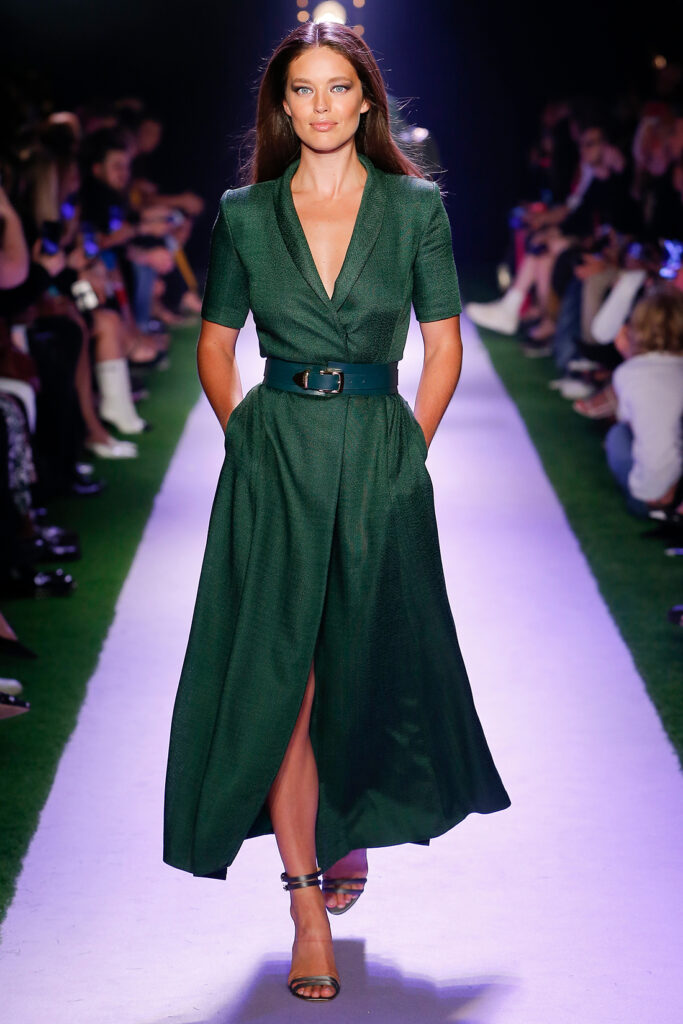 The CFDA Designer of the Year surprised the crowd with the introduction of menswear on the runway, as well as a keen smattering of denim. “Tis true that your average woman is more frequently in need of jeans than a broad-skirted call gown,” he told reporters backstage. Fear not though, elegance was still the order of the day. Maxwell’s clothes were pure, simple and body-framing. We noted a belted green midi dress and belted white off-the-shoulder shirt dress which truly spoke to us in terms of classic femininity and wearability. 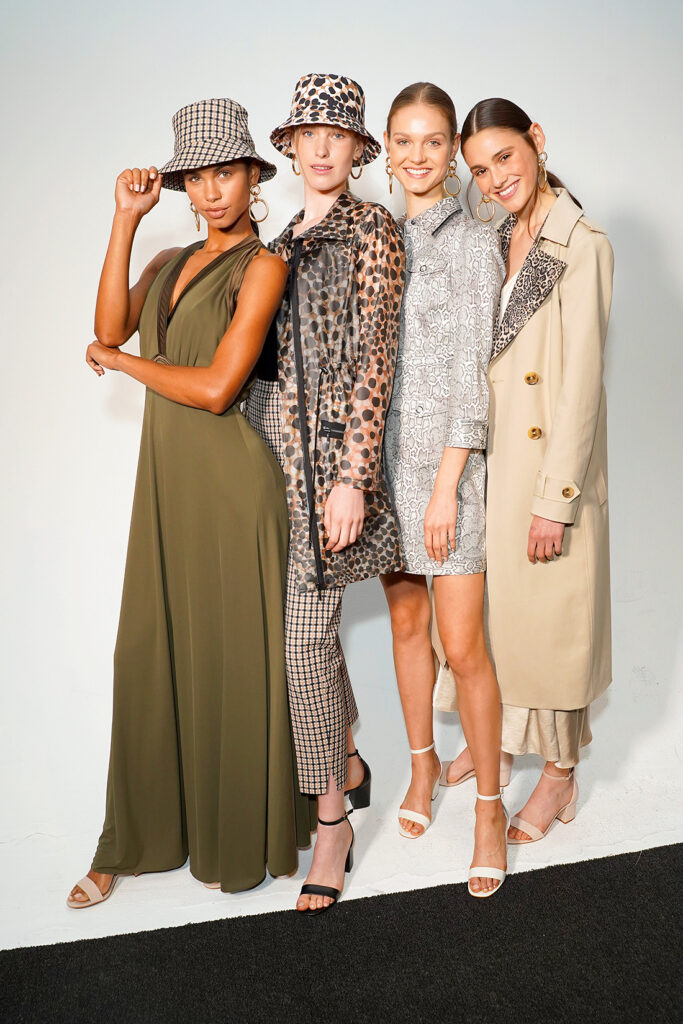 If Maria Grazia Chiuri sending all the models down the catwalk for autumn winter wasn’t enough to convince you, this might do the trick. Elie Tahari added a more playful edge to his usual sophistication with bucket hats proving the accessory du jour for spring summer 2020. Inspired by Downtown New York, Soho and the art scene in the 1970s – which is when Tahari immigrated to the US – we have a feeling these checked and abstract leopard toppers could become the cult buy of the season.

4. OLIVIA PALERMO IS BACK TO HER FROW BEST

Olivia Palermo on route to the Tibi show at NYFW

Take your style cues OP, she’s been working the circuit for more than a decade.Giving a masterclass in dressing for the occasion, Olivia Palermo showcased some of our favourite street style looks so far. Spotted outside the Jason Wu show in a monochrome paid two-piece and boots she was the sartorial embodiment of modern modesty. On the same day, after a quick change, she was also seen outside the Tibi show in a relaxed utility-style lilac dress and shirt ensemble.

5. ALL INCLUSIVE IS THE NEW EXCLUSIVE 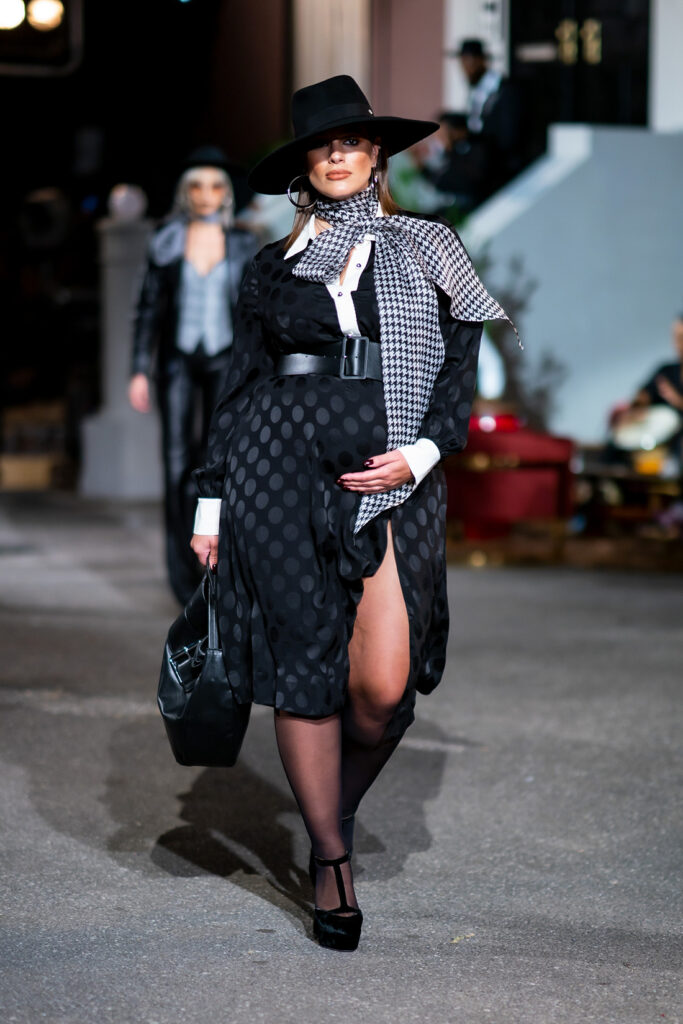 This could officially be the most diverse season yet. Across the board the catwalks seemed more all-inclusive in their castings – in terms of age, size and ethnicity. Taking to the catwalk at the Tommy Hilfiger x Zendaya show, 31-year-old model Ashley Graham looked phenomenal, and pregnant. Cradling her bump, the model strutted her stuff in a black silk dress belted below the bust, a giant fedora and a printed neckerchief. More surprising though, was the confidence with which she carried herself, even in 6inch heels. Proving once again that she is the body positive inspiration that women need.

The Shoot: Dive Into Summer With These Must-Have Accessories

Six Wardrobe Staples That Caroline Labouchere Can’t Be Without

The Best Statement Jewellery to Elevate your Next Zoom Call