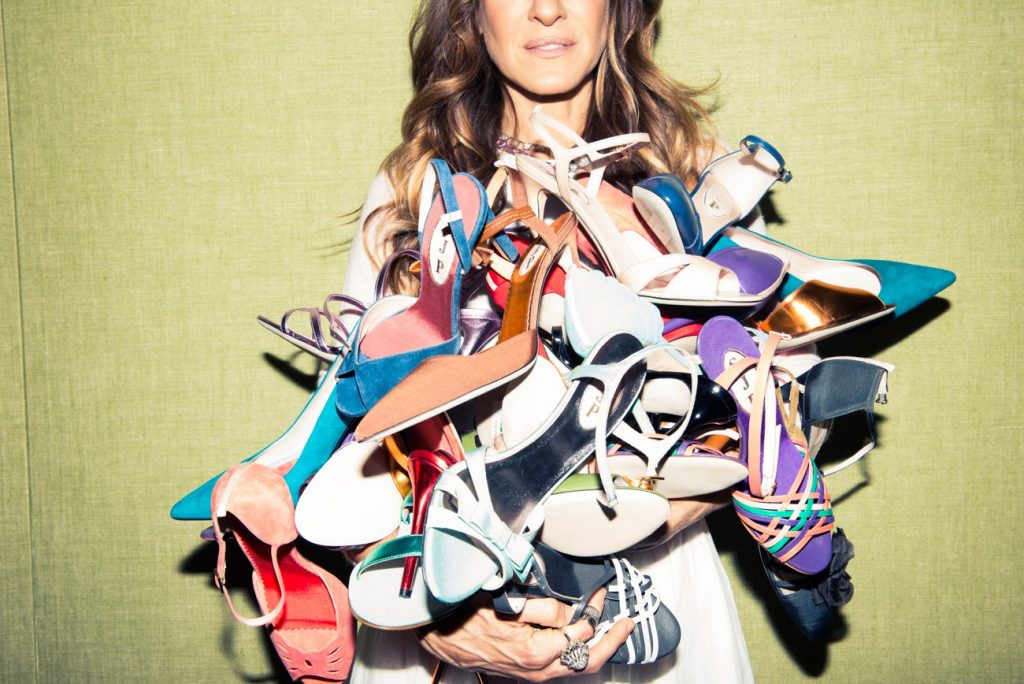 “The fact is, sometimes it’s really hard to walk in a single woman’s shoes. That’s why we need really special ones now and then to make the walk a little more fun.” – Carrie Bradshaw.

We fell in love with Sarah Jessica Parker’s generation changing role as Carrie Bradshaw in Sex and the City, while she fell in love with her many pairs of Manolo Blahniks. To chart her 50th birthday, we’ve celebrated her life in style with an edit of her most iconic shoe moments – from the streets of the New York to the red carpet of the Met Gala.

Carrie Bradshaw loved an open toe heel, as showcased in this still from Sex and the City: The Movie (2008). 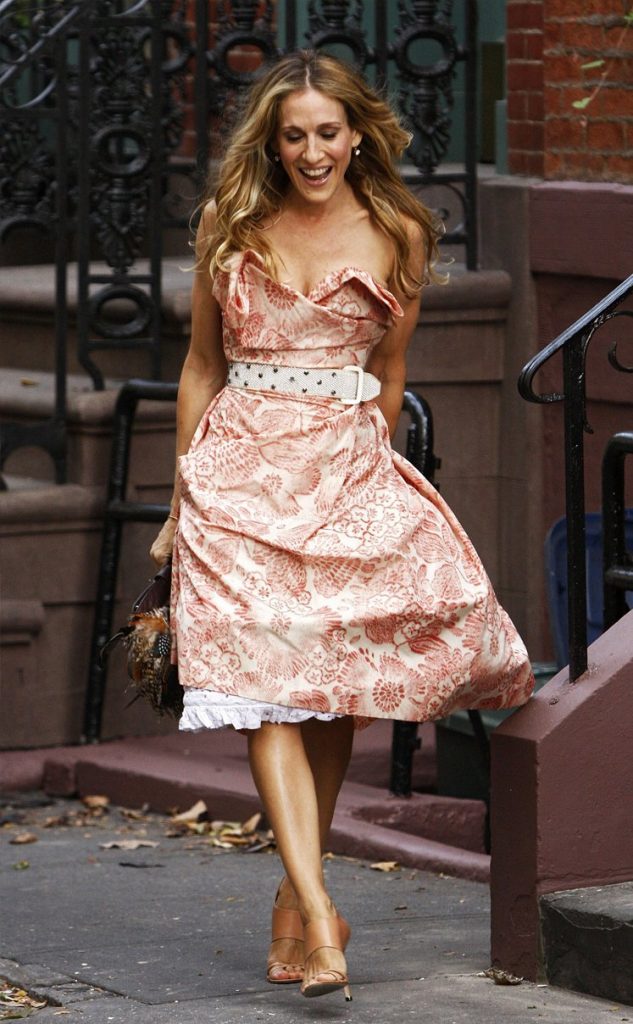 On the set of Sex and the City: The Movie 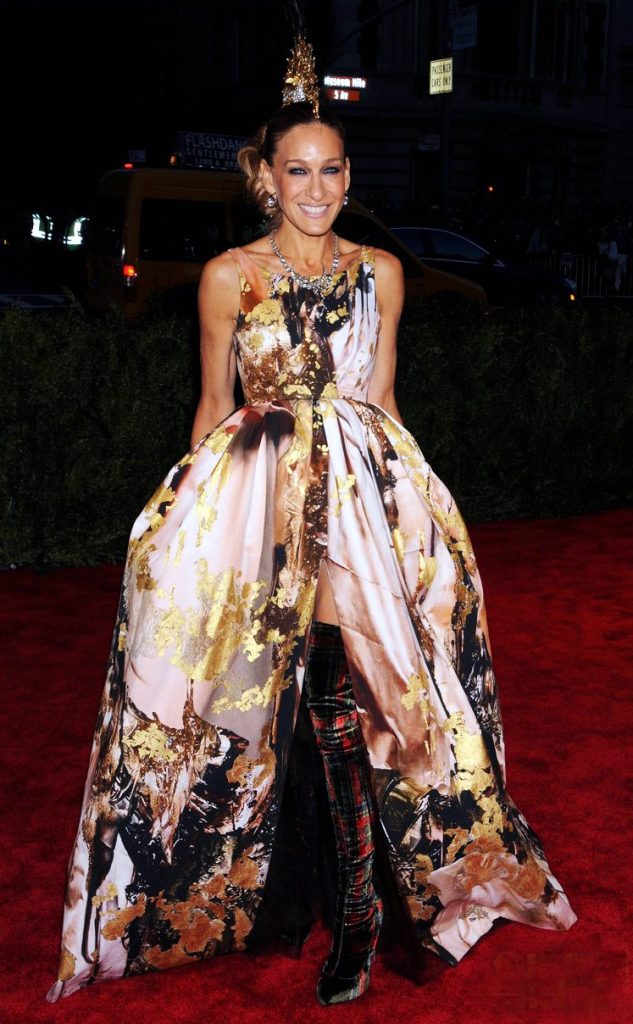 On the Met Ball 2013 red carpet, Image Courtesy of Getty

Parker wore a Halston Heritage dress on the red carpet of the Bambi Awards in 2010, pairing the look with metallic sandals from one of her favourite designers, Nicholas Kirkwood.

At the Bambi Awards 2010, Germany, Image Courtesy of Getty

Another still from the set of Sex and the City: The Movie, with Bradshaw wearring that iconic asymmetric flower dress complete with dramatic Dior Extreme Cutout Sandals. 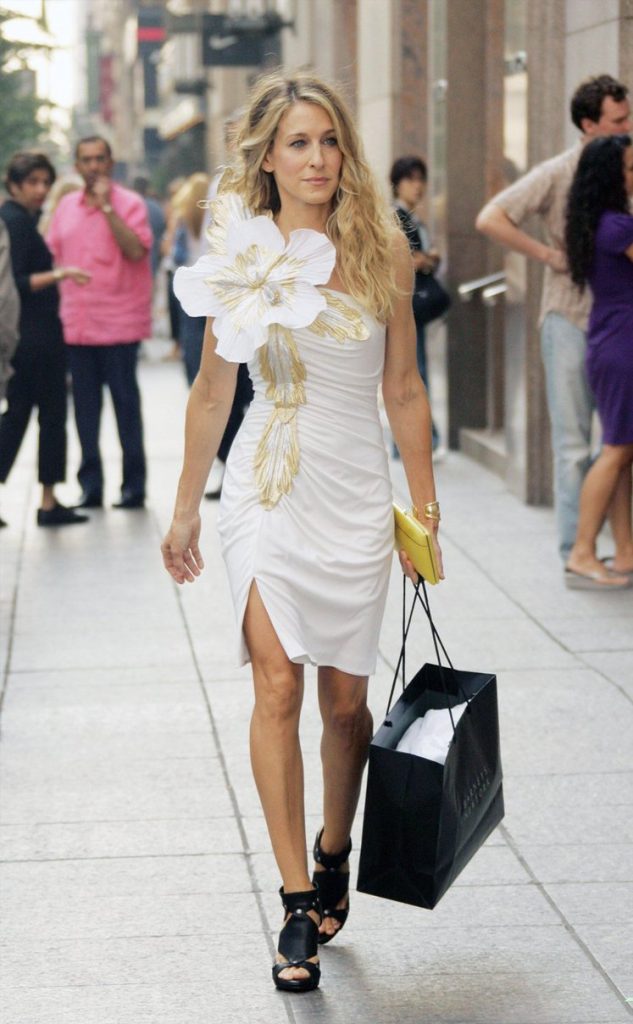 On the set of Sex and the City: The Movie

Nicholas Kirkwood proved popular again for Parker’s attendance of the Harry Potter and the Deathly Hallows: Part 1 premiere, with the actress sporting a strappy lace and leather shoe boot in turquoise. 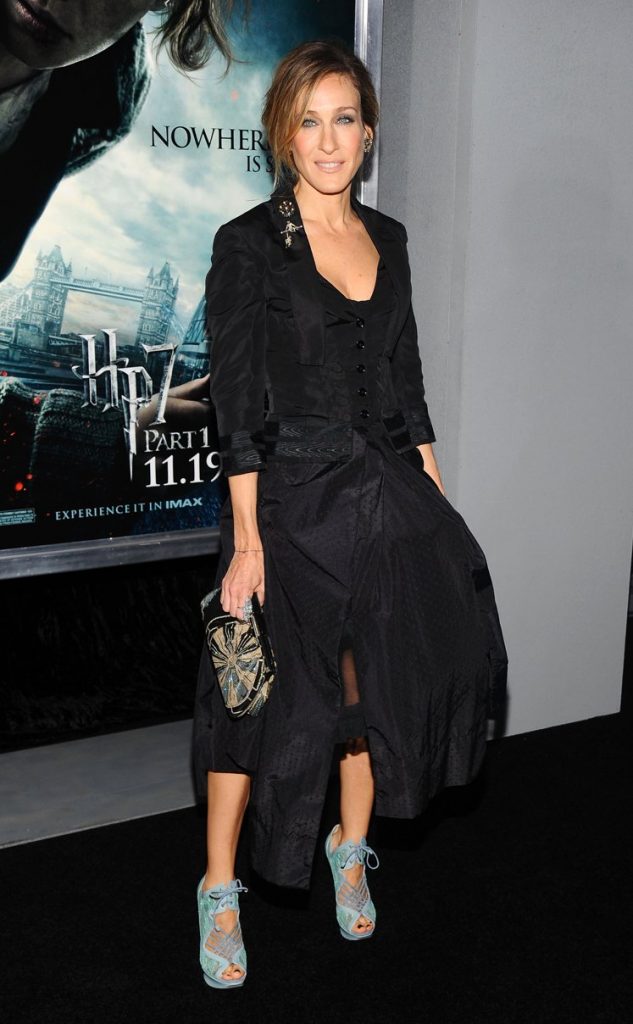 Attending the Harry Potter and the Deathly Hallows: Part 1, Image Courtesy of Getty