Following their time in Australia, the Duke and Duchess of Sussex made their way to Fiji and the Kingdom of Tonga as part of their royal tour. 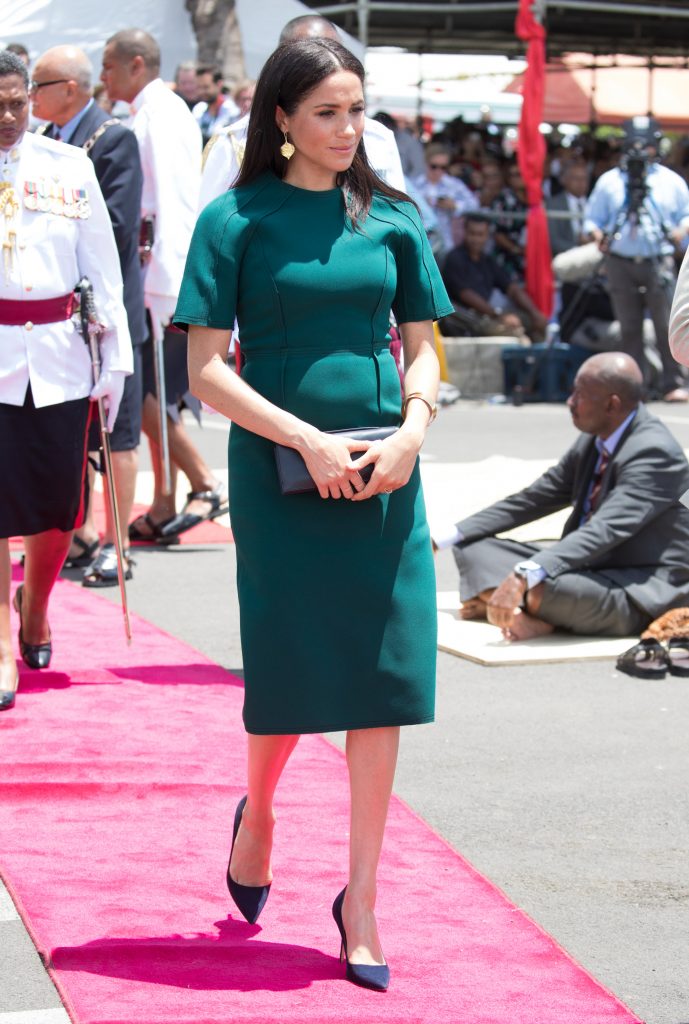 Meghan, Duchess of Sussex attends attend the unveiling of the Labalaba Statue on October 25, 2018 in Nadi, Fiji (Photo by Pool/Samir Hussein/WireImage)

Next, the duo jetted off to Tonga for the following leg of their tour. As expected, the Duchess had an outfit change on the plane and chose to honour the country’s flag in a bold red Self-Portrait dress, which had been altered into a midi length for her. Markle accessorised the Pleated Floral Gown (which has now sold out) with the same clutch and heels. The bold hue was an unexpected choice for the Duchess who usually favours a more muted colour palette.

During the second day of her visit to Tonga, the Duchess switched up her look when she attended the unveiling of The Queen’s Commonwealth Canopy at Tupou College. Markle stepped out in a sky blue Veronica Beard shirtdress, which she matched perfectly with a pair of pale blue suede heels. 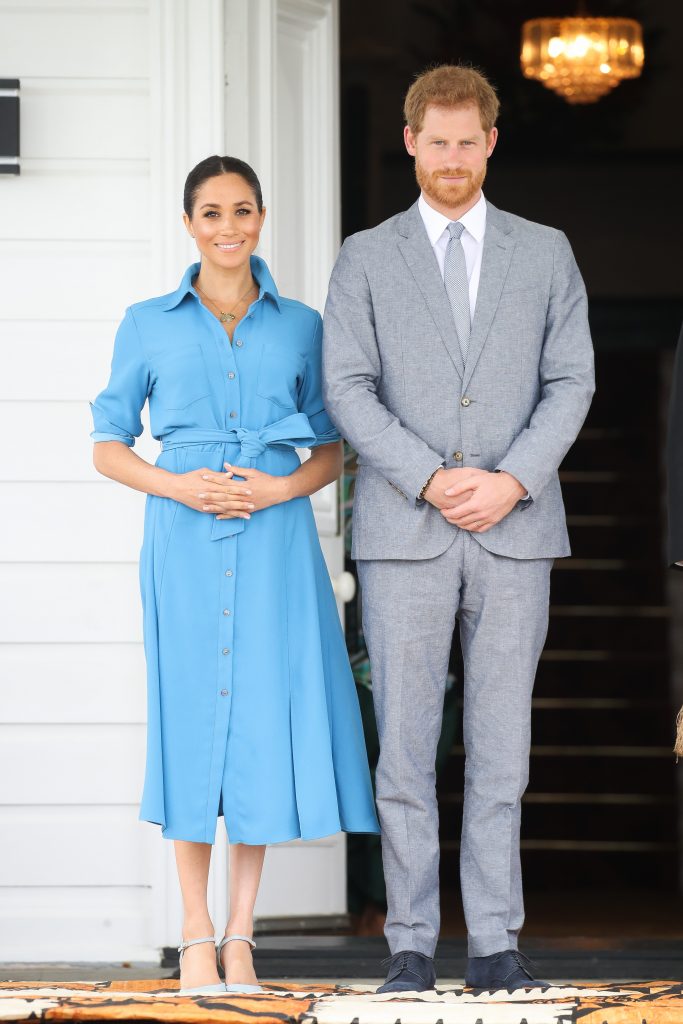 Prince Harry, Duke of Sussex and Meghan, Duchess of Sussex on October 26, 2018 in Nuku’alofa, Tonga (Photo by Chris Jackson/Getty Images)