Marc Jacobs, One Night Only 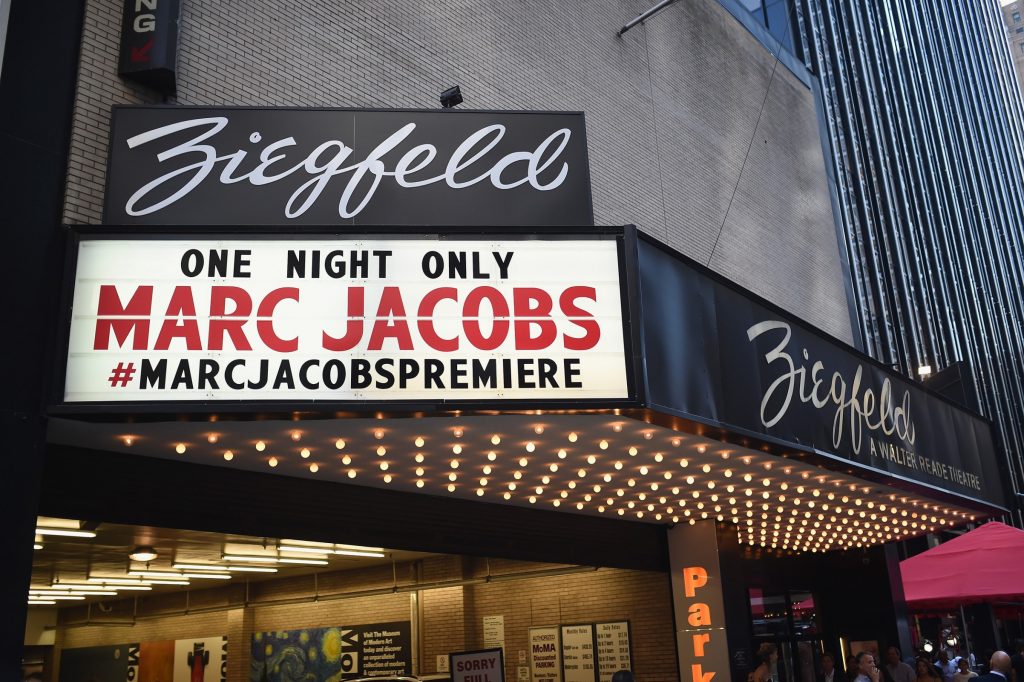 Last season Jacobs focused on a pivotal figure in the American publishing world, Diana Vreeland. Although that jumping off point served his decadent aesthetic to a tee, for spring/summer 2016 the designer proposed something a little closer to home.

The Americana references that have weaved so fluently throughout his career, were however, still ever-present in last night’s season-ending spectacle. Jacobs looked to America’s greatest invention, in a show that was inspired by the silver screen and his childhood at the movies. It was a perfect complement to Givenchy’s Riccardo Tisci’s New York ode on 9/11. And instead of mourning the loss of the New York skyline, Jacobs celebrated it in the city’s iconic  Ziegfeld Theatre, first opened in 1969, known as the largest surviving single-screen theatre in Manhattan.

A premiere would be nothing without its stars, so Jacobs invited a selection of New York’s finest, from Bette Midler to Winona Ryder and Soffia Coppola, who sat in the rows and rows of red velvet theatre chairs overlooking the gargantuan runway carpet that stretched for half a block, cornered off with a step and repeat. 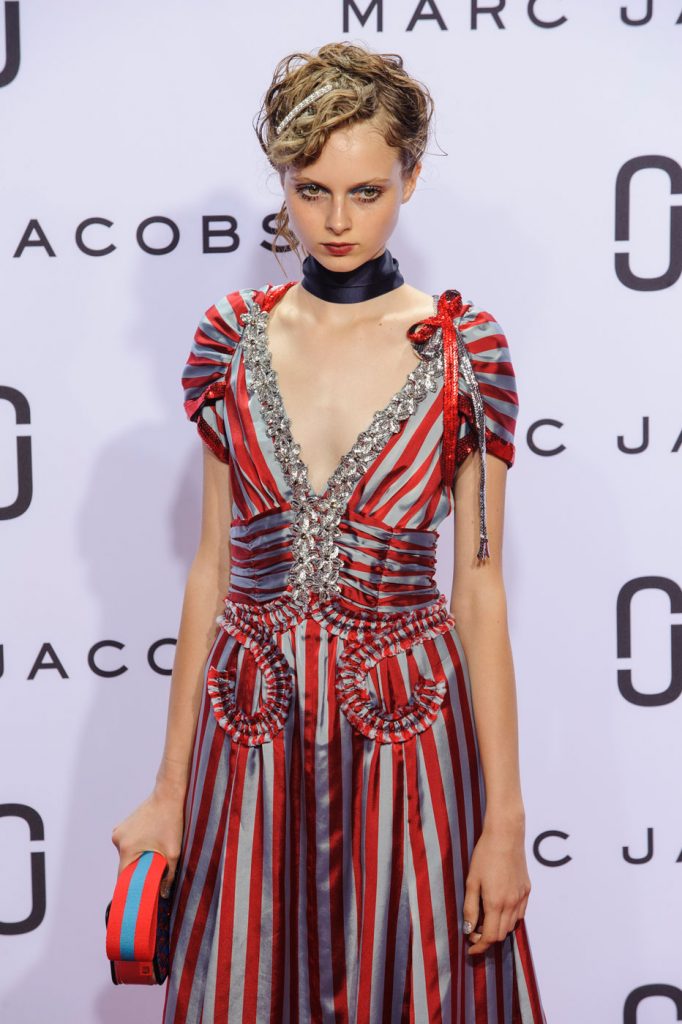 Laden in Jacobs’ New York love letter was an eclectic mix of old and new, with garb that catered to all avenues of society inspired from great films. He looked to the 1960 thriller Psycho and adopted the nipped-waist flute-skirt silhouette of the film’s female lead, Janet Leigh (and also plastered her face, and others, in Andy Warhol-esque graphic print motifs). Jacobs drew upon showgirl costumes too, not least in a colour arc that championed the red, white and blue, but also in gorgeous fringe and feather finishes with lots and lots of sparkle.

Another eclectic nod was to the designer’s own punk-grunge aesthetic. It may have not served him well in his debut collection for the house, but last night’s treatment of tartan and bleached denim, and offerings of leather trousers and varsity jackets, amalgamated seamlessly with Jacobs’ all-American woman. 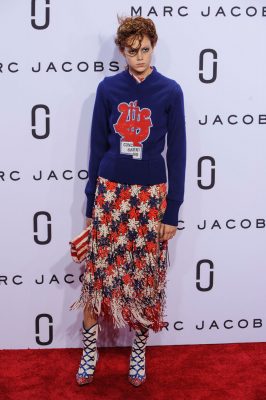 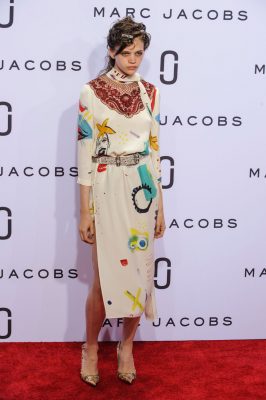 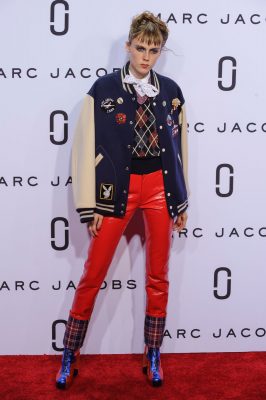 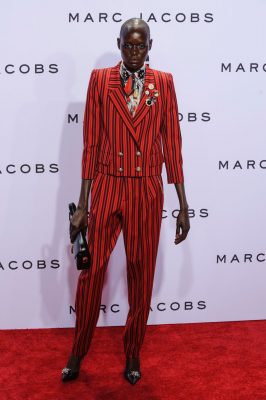 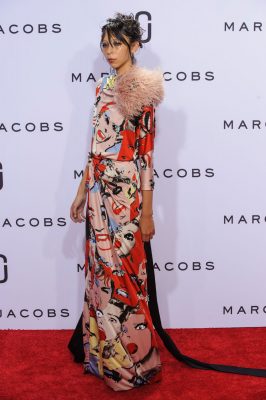 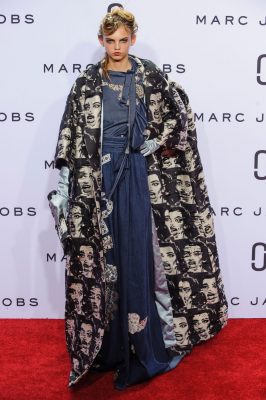 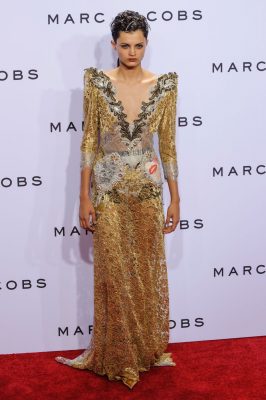