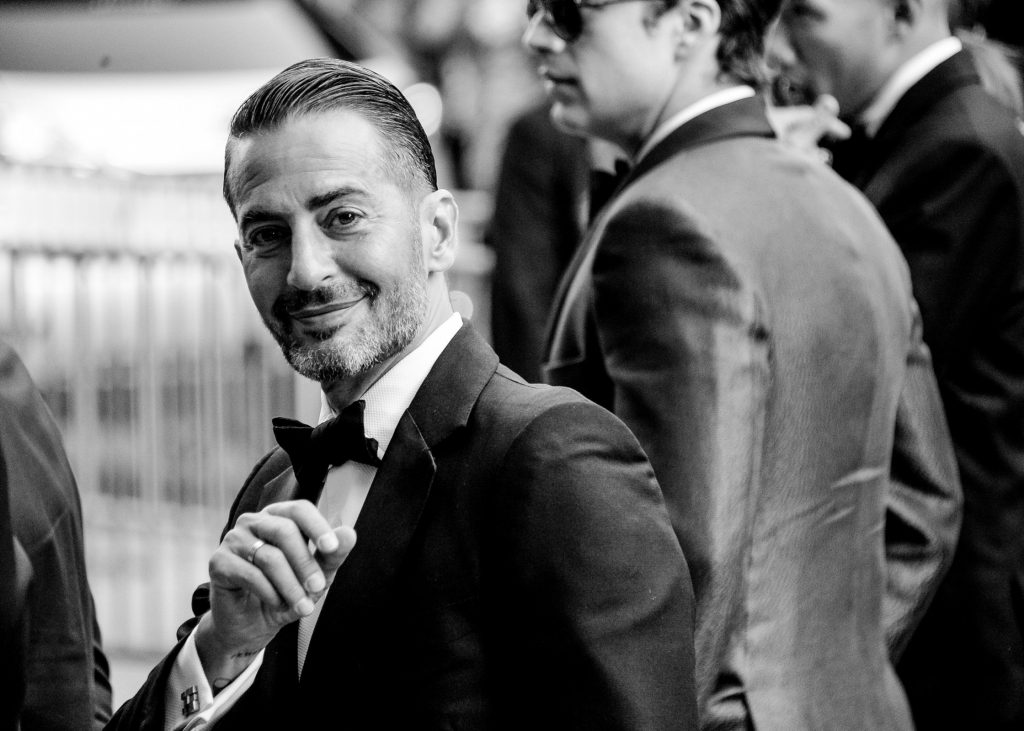 The infectiously quirky style of Marc by Marc Jacobs is soon to be integrated into the main line. But before we say farewell, we have what could be our last chance to shout ‘Cast Me Marc!’ as the brand takes to social media to find the stars of its AW15 campaign.

Marc Jacobs has always danced to the beat of his own drum. Whether bringing his luxe grunge aesthetic to the runways for his namesake lines or simultaneously reviving Louis Vuitton’s fortunes over the course of his 16 year reign at the house (quadrupling profits within the first decade), he has never shied away from daring innovation. The Marc by Marc Jacobs campaigns are no exception. Marc and designer double-act Luella Bartley and Katie Hillier, who helm the brand, leave the supers hanging for the third time running and channel their youthful pop culture obsession towards social media to scout the everyday stars of AW15. In the same week as rumours are confirmed that Marc by Marc Jacobs will be absorbed into the main line (which is now set to include a range of price points from contemporary to luxury) Jacobs has released a call-to-action video inviting groups of friends to post a picture on Twitter or Instagram with the hashtag #CastMeMarc for a chance to step into the limelight together. 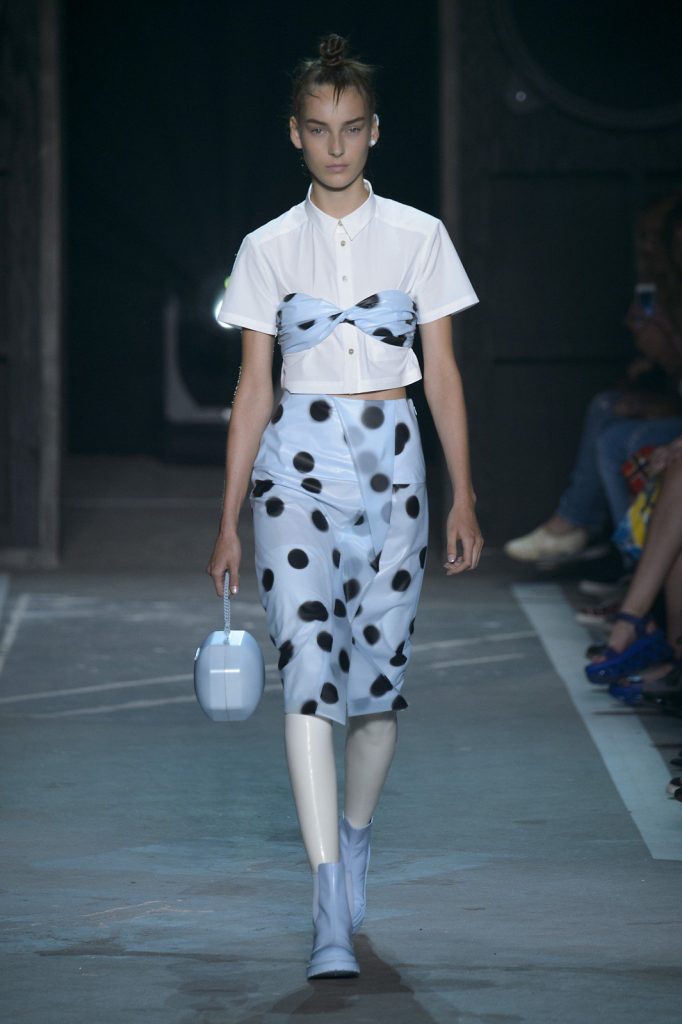 And what company they will join. Instantly recognisable over the years for photographer Juergen Teller’s overexposed tongue-in-cheek imagery, the Marc By Marc campaigns have featured model, DJ and all-round style maven Alice Dellal, a 13-year old Elle Fanning, bad-girl rapper M.I.A and oh-so-British It-girl Olympia Campbell among many more. The brand’s recent campaigns have been shot by photographer David Sims (who happens to be Bartley’s husband) but their irreverent edge remains. Celebrating and accepting all types of beauty, the SS15 class of internet sensations turned campaign stars were as diverse as fashion designer Eun Bi from South Korea, Toks Adewetan, a Lagos-born, Brooklyn-based model/photographer and Amy from Norwich, England. From Russia to America to Switzerland, Marc’s perfectly awkward stars are truly global, the only common threads among them being their awesomely technicoloured hair and irrepressible Marc by Marc fandom. ‘It seemed like a great idea to me, as casting through Instagram seemed cool, current and strong,’ Marc told WWD at the time of his first real-people casting in 2014. ‘We wanted the ads to shout with youth and energy… To be fresh and reclaim the spirit that the collection had when we first conceived of it – to be another collection, not a second line.’ He may since have told Suzy Menkes for British Vogue that he is ‘appalled by social media…’, lamenting the rise of laptops and devices for viewing magazine content, but we’re relieved he can put his digital reservations aside when it comes to casting his latest quirky model crop. 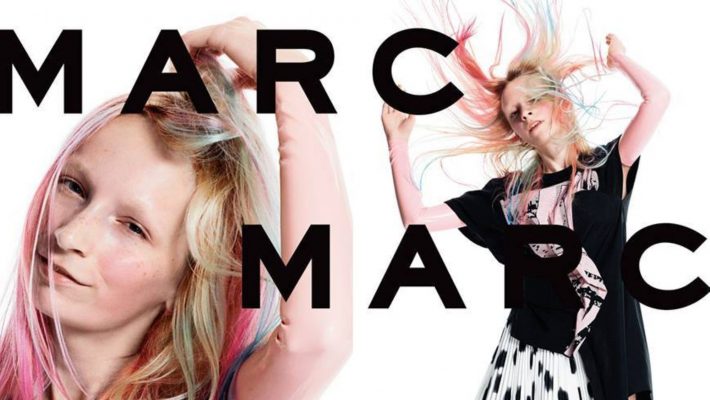 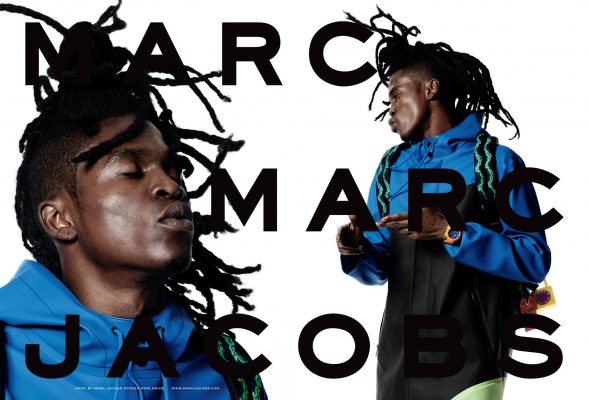 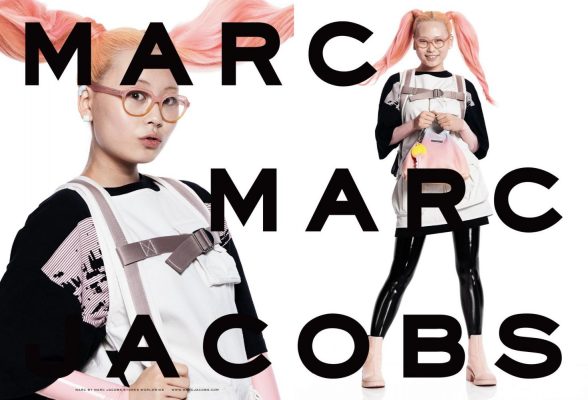 Marc by Marc isn’t the only one tapping into the far-reaching power of social media. Guess discovered one of its spring models, Simone Holtznagel, on Instagram, and modelling agency IMG has signed twelve new faces as part of its recent campaign We Love Your Genes, which asked aspiring models to tag their images with #WLYG. Digital scouting is demonstrating greater yields than traditional street scouting (saving both time and air miles) and for the promising new faces themselves, little more than a well-lit selfie and a hashtag could launch an entire career. ‘I’m finding street-casting to be less and less effective. In New York, it’s very difficult. If you’re attractive, if you’re cool and you’re scouted in Soho by someone from my team, then you’re probably already a model…I find that my time is better used if I actually spend four or five hours on the internet or on Instagram than spending four or five hours walking around in the snow,’ says top casting director Noah Shelley in an interview with The Cut.

Just as digital casting methods improve accessibility for unsigned faces, the digital reach of subsequent campaigns also has brands looking beyond the traditional casting of a blank-faced beauty and towards non-traditional models who have personality for days and, more importantly, existing social media followings. As the net widens ever further (and beyond the street-casting cliché of the skater kid), it’s refreshing to see fashion campaigns embrace every inch of our enthusiastic and flawed reality. There may come a time at which cool-kid casting reaches saturation point, as an ever increasing number of brands look to Instagram to uncover that unique individual that connects with its audience. Until then, we’re logging on and first in line to say #CastMeMarc. 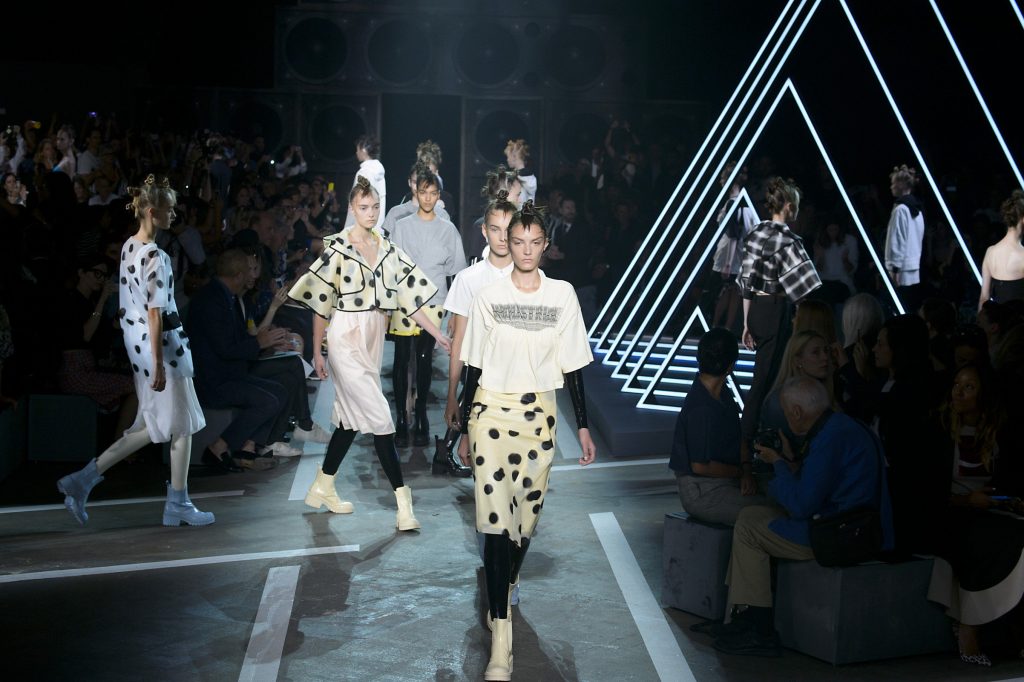