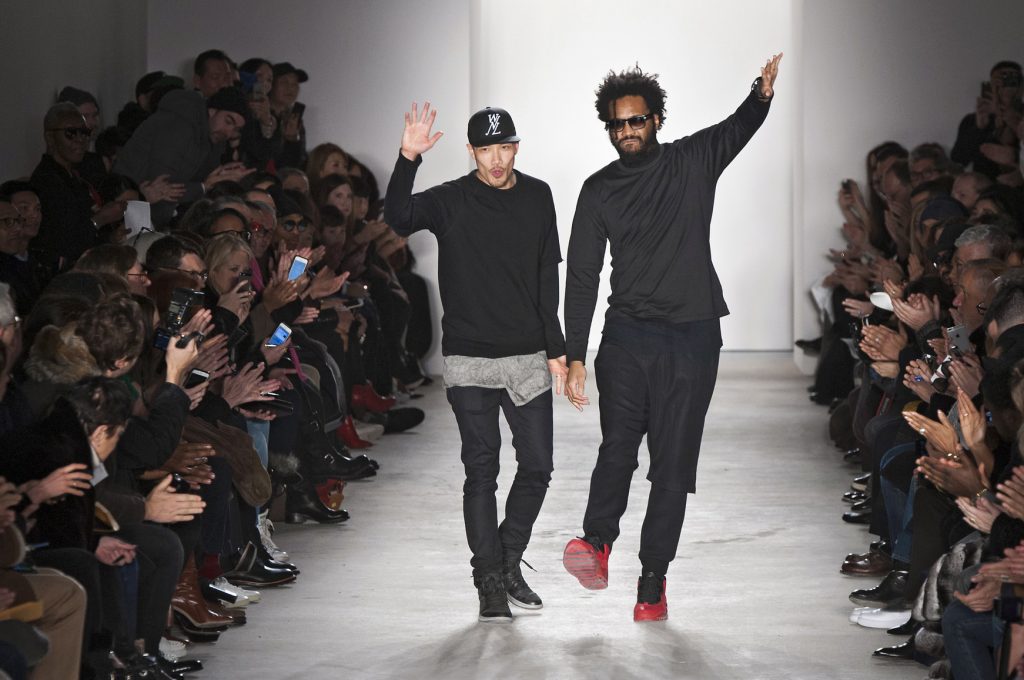 Dao-Yi Chow and Maxwell Osborne are the Public School designers that have reclaimed the New York streets with their laser sharp sportswear-inspired aesthetic. Recently appointed as co-creative directors of DKNY, can the design duo revive the Big Apple’s eponymous diffusion line? 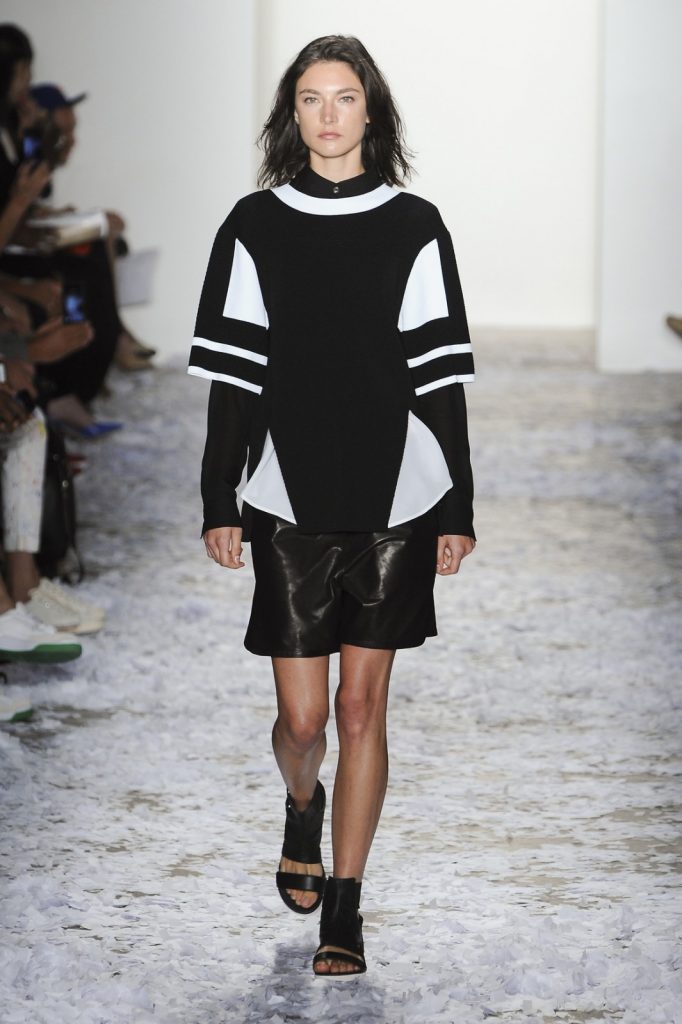 ‘We launched Public School back in 2008. In two years time we were in every store we ever dreamed of.’ Designers Dao-Yi Chow and Maxwell Osborne built Public School from the ground up after forging a friendship while working for Sean ‘Diddy’ Combs at Sean John – it’s hard to imagine a meeting much more ‘New York’ than that. Fully produced and manufactured in the Big Apple, a rare feat at a time when production is so temptingly global, Public School reflects an attitude synonymous with the city.  Newly appointed as co-creative directors at DKNY, their first collection will debut in September at New York Fashion Week (naturally) and will let us see for the first time just how the duo envisage our spring/summer 2016 wardrobes playing out in the concrete jungle. With big shoes to fill – Jane Chung has been executive vice president of design at DKNY since it was founded in 1989 – this is an opportunity for Chow and Osborne to make their voices heard in the mainstream. And with all of the support and investment that a label such as the LVMH-owned DKNY can provide at that. 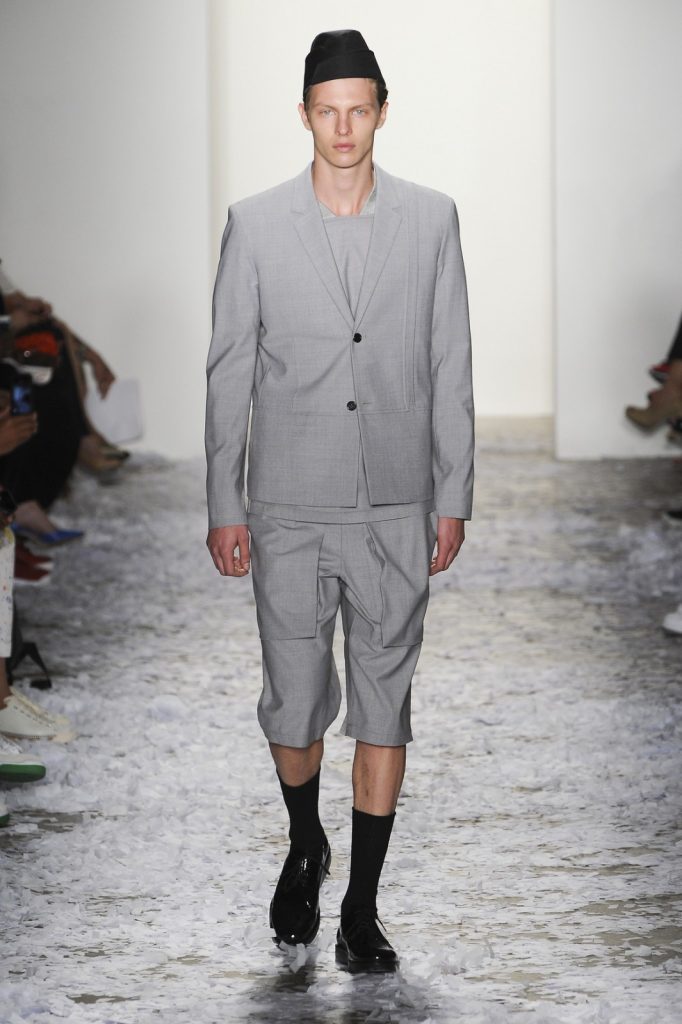 The designers’ signature aesthetic is conceptual street wear, and it has grown a loyal fan base. They cite Rag & Bone as a success story they admire (and are certainly emulating) and count Prabal Gurung as mentor. An attention to detail pays off in innovative tailoring that creates wearable outfits that are perfectly off – a low slung trouser, asymmetric apron top or printed parka work as staples but are anything other than ordinary. Part Helmut Lang, part Rick Owens with an anchoring dash of The Row’s minimalist austerity. Award winning, certainly. In 2010, after only two years in business, Public School was chosen by the CFDA as the only menswear designer to join its Fashion Incubator program and in June 2013 won the CFDA Swarovski Award for Menswear. Later that year the brand scooped the CFDA Vogue Fashion Fund Award to the tune of $300,000 upon being nominated for the first time. To cement their rise, Chow and Osborne graduated to winning CFDA Menswear Designer of the Year in 2014 (an accolade for which they are once again nominated in 2015, along with an accompanying nomination for the Swarovski Award for Womenswear). The industry has embraced them. With the relatively recent introduction of womenswear for AW14 – a tomboyishly edgy charm pervading their multi-layered designs for the Public School woman – the label has become a full package, with a range of outerwear and accessories to boot. A total vision. 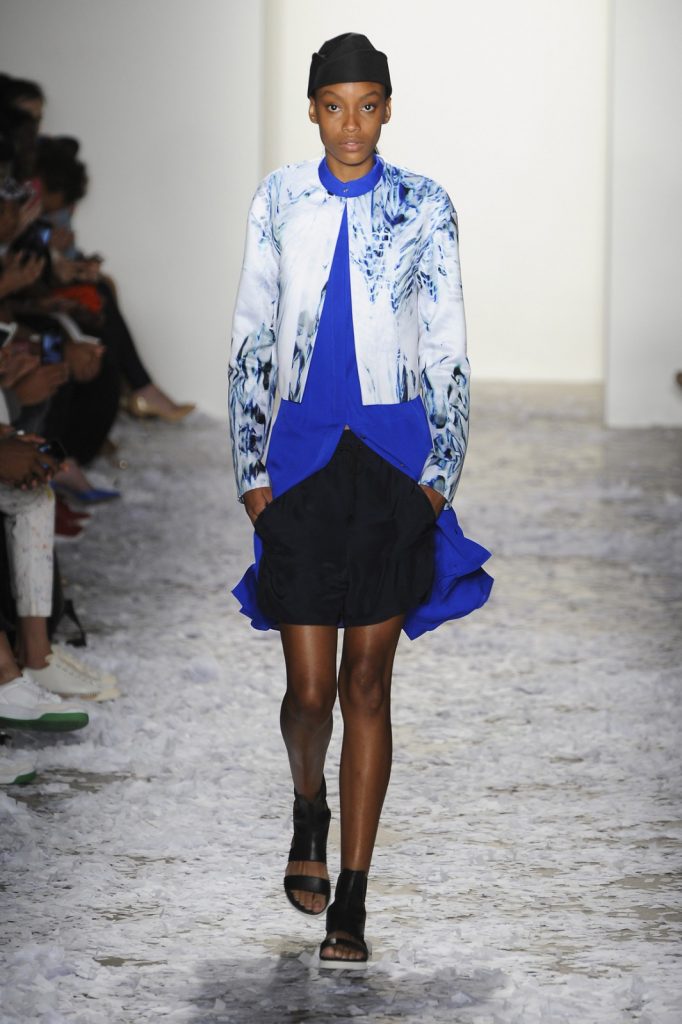 With such astute business sensibilities the designers are acutely aware that in the era of accessible fashion, image is everything. It seems that DKNY understand this too, appointing Hector Muelas, former creative director of worldwide marketing communications at Apple, as chief image officer, in a newly created role that will see him handling all aspects of DKNY’s brand image, marketing and creative services. Expect more big name campaigns to follow on from the iconic images of Rita Ora, Jourdan Dunn and Cara Delevingne posing on the ubiquitous yellow cabs – although it’s likely we’ll see some imaginative new casting as the team seek to make their mark. 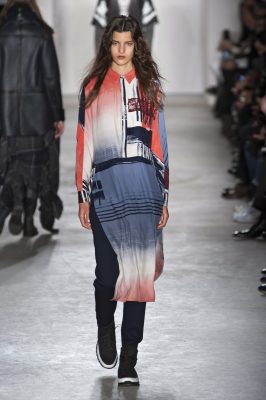 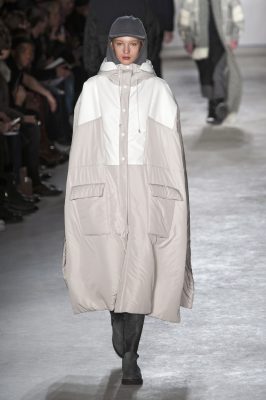 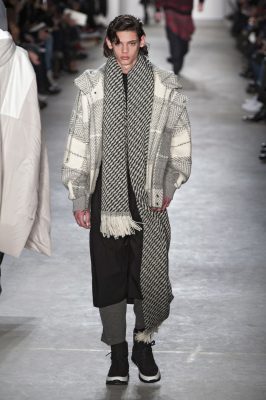 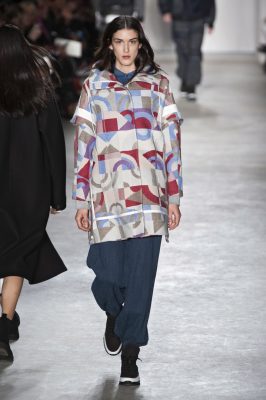 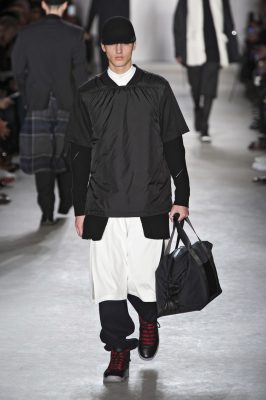 But if image is king at Public School (and now DKNY), this king has a conscience. Chow and Osborne have made it a consistent theme of the Public School philosophy to promote individual artistry, drawing attention to the musicians, designers and artists working ingeniously in their fields under their rallying cry, ‘We Need Leaders’ (WNL adorns the baseball caps the pair selectively gift, and also stands for ‘When No-one’s Looking’). The duo have less of a fixation with how many followers and more of a focus on how many leaders. ‘How do you act when you’re by yourself or when no-one’s really looking?’ says Osborne. ‘Are you really that person or are you just putting on a face? And also the powerful meaning of it is ‘We Need Leaders’ – it’s calling upon everybody to be stronger.’ 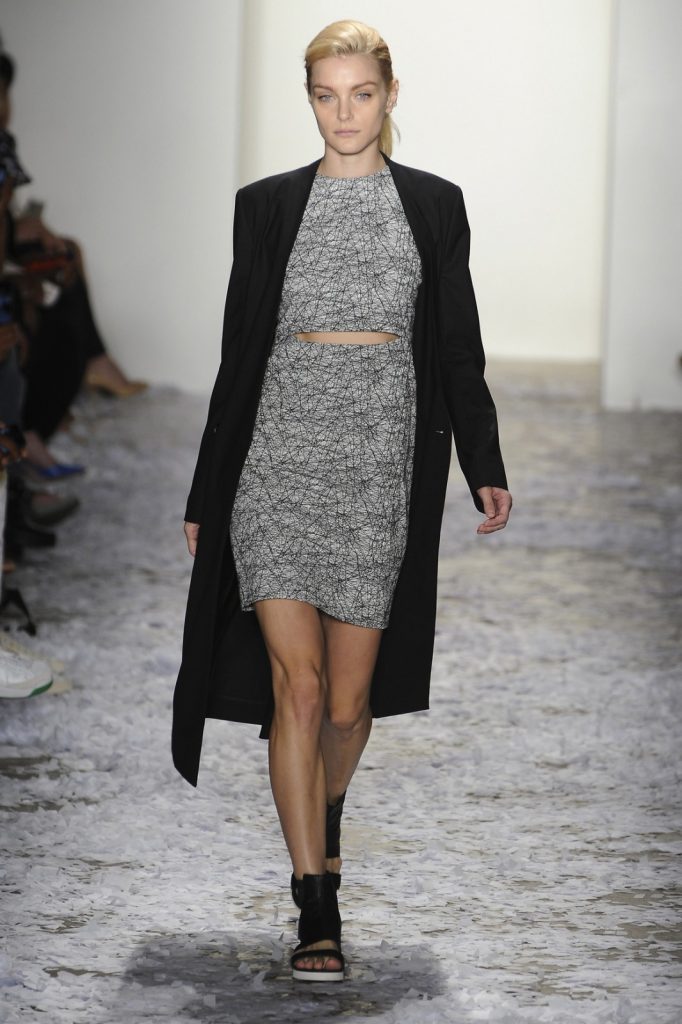 It’s time for the Public School leaders to start translating their vision of New York into DKNY’s framework. As relative newcomers to the womenswear industry they will bring fresh eyes and the unfussy, well-executed experimentation that we have come to expect from Public School.  ‘I started DKNY with the goal of creating a brand that captured the very best of New York and could bring that energy to the world,’ Donna Karan says in a public release about the move. ‘Now is the right moment for its evolution, and I am so excited for the next chapter of this company working together with this new creative team.’ With New York city as their muse, we’re ready for Dao-Yi Chow and Maxwell Osborne to show us a new version of DKNY’s urban explorer. 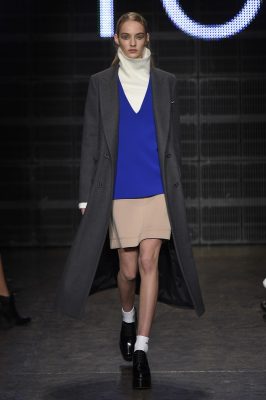 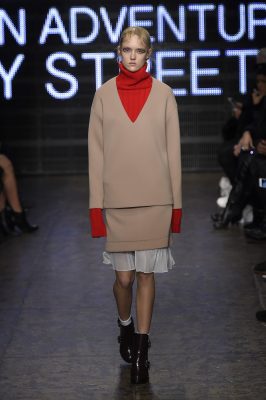 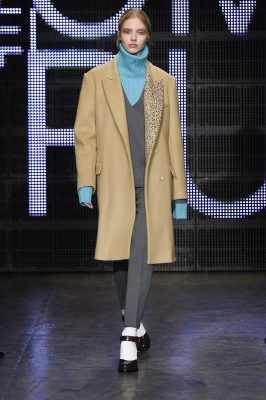 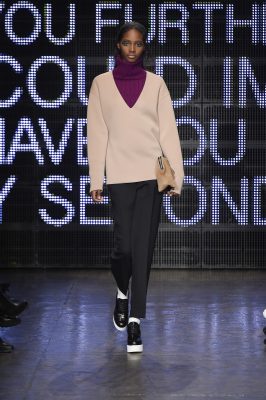 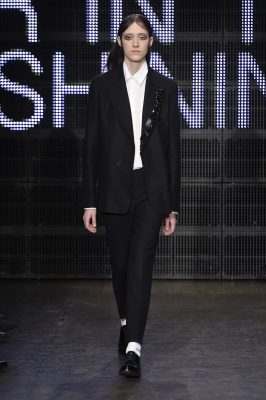 DKNY AW15. All runway images courtesy of Imaxtree and Gorunway.