As she launches her eponymous label, Julie De Libran reveals her mission to create fashion with meaning through dresses that have a story to tell 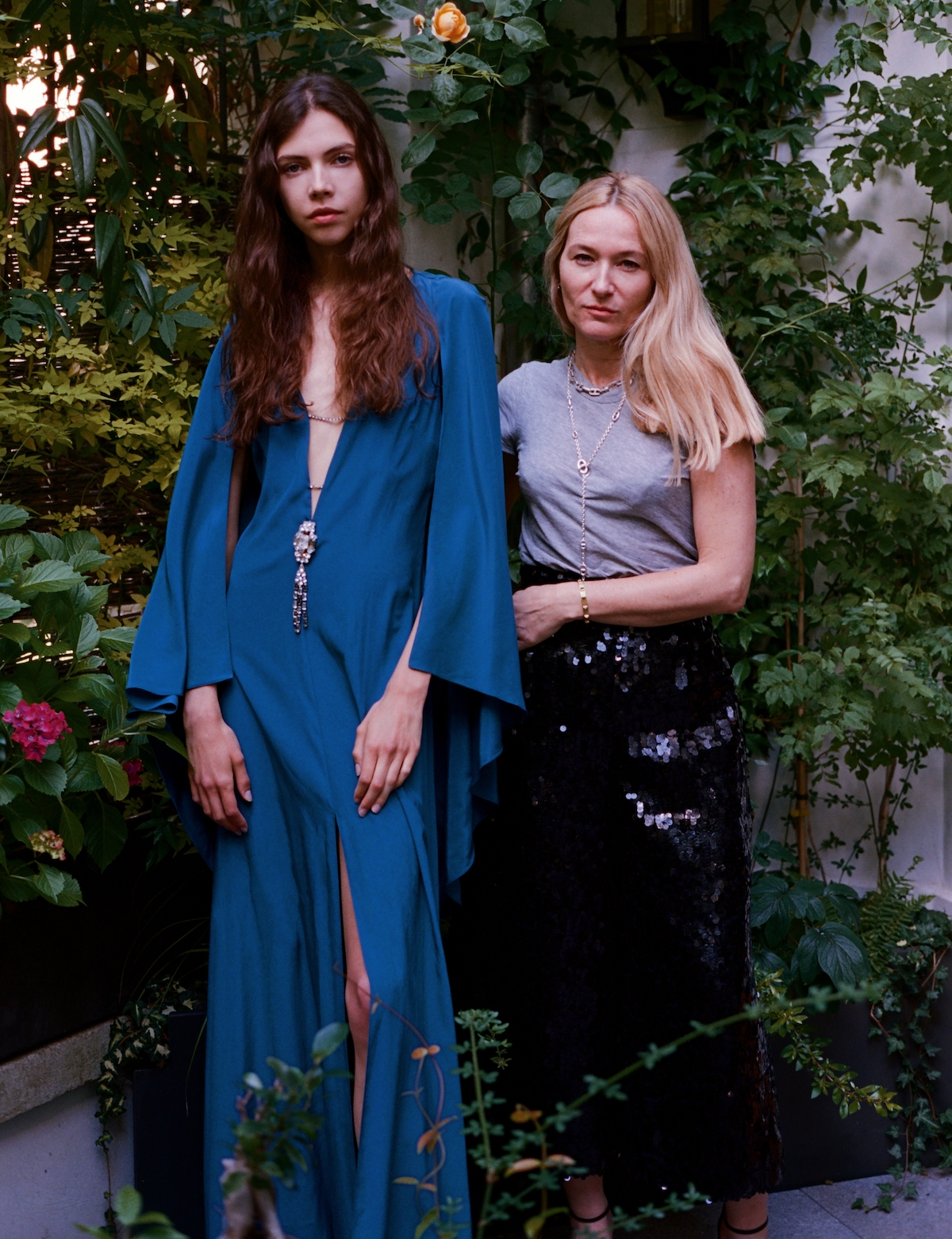 It’s been an eventful year for Julie De Libran. Departing from French fashion house Sonia Rykiel in March after five years as their artistic director, and shortly before brand went into liquidation, the designer launched her eponymous, made-to-order label just three months later, showing her debut collection to an exclusive group of guests at her Paris home in July.

The designer has also launched a limited-edited capsule of sustainably-focused dresses with Matches Fashion, “2019 really has been a crazy year!” reveals Julie, as MOJEH chats to her from her Paris atelier.

“What happened at Sonia Rykiel was really sad and shocking,” she says, when we ask about her split with the label. “It was really sad because it’s a beautiful brand – so historic, so iconically French. I left because of… disagreements. It was was all very complicated with the management.” 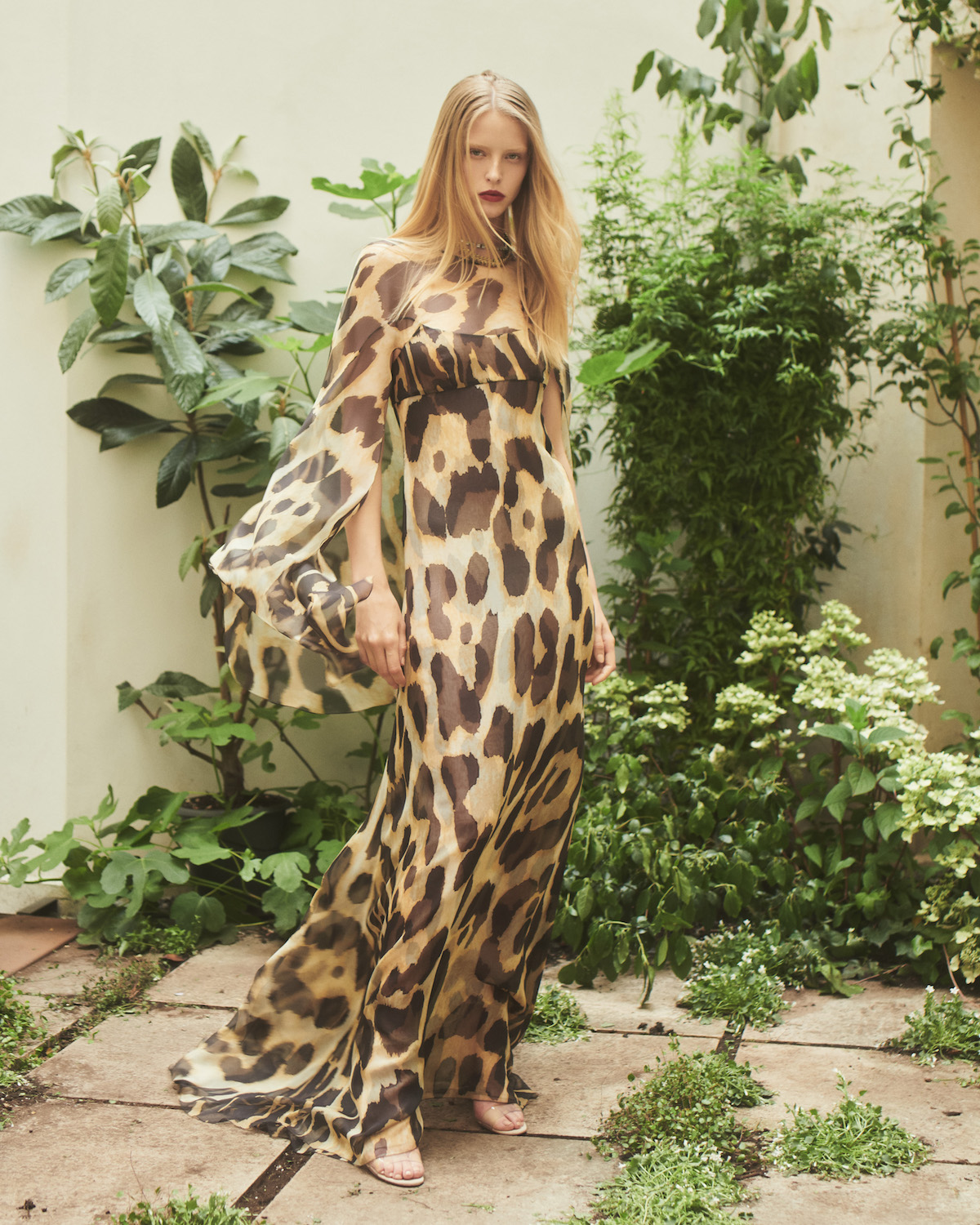 “Ideas just weren’t moving forwards about launching the brand internationally, about investing, about strategy. It was a very difficult five years in that respect. Always a bit of a battle. But I don’t regret it. In that time, we did some incredible things at Sonia Rykiel. We did a haute couture show. We opened a street dedicated to the memory of Sonia (the label’s founder). I worked with such a talented and dedicated team and I learned so much.”

“But I’m trying to be philopsophical about things, and not look back. So, I’m focusing upon the future.” From all perspectives, the future for Julie looks bright.

After studying fashion at Instituto Marangoni in Milan and Ecole de la Chambre Syndicale de la Couture in Paris, her career began in 1991 at Gianfranco Ferre in Milan before being asked to join Gianni Versace as his assistant in 1996. 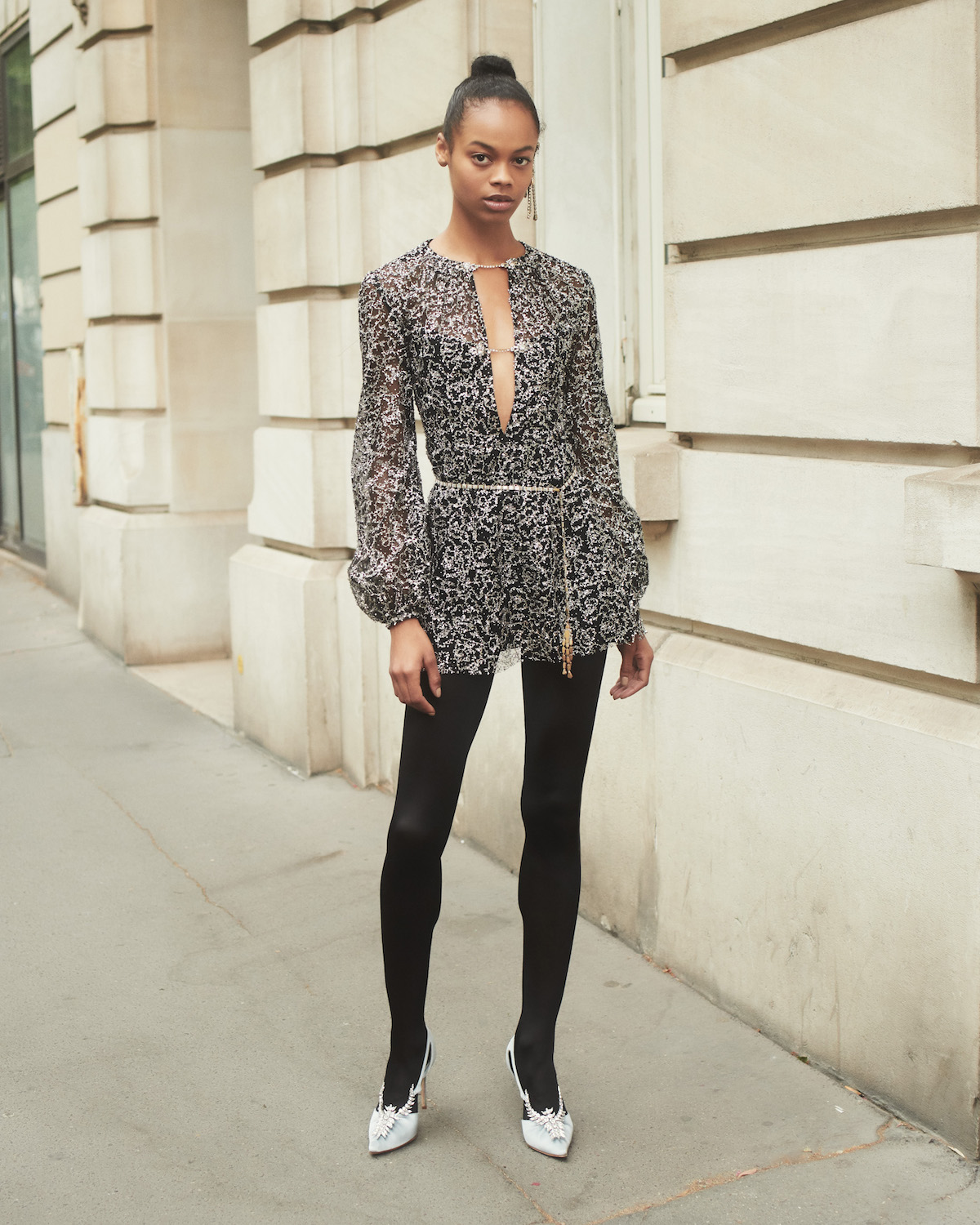 Returning to Paris in 2008, for the next six years she served as creative director for women’s ready-to-wear and head of the design studio under Marc Jacobs at Louis Vuitton, before being tapped as artistic director for Sonia Rykiel in 2014.

Launching her long-considered label in June of this year, was she scared to be suddenly going out on her own? “Yes and no,” says Julie. “Maybe because I’d been in the business for so long, and always working in different houses, I finally realised that after all that time and experience, after Prada, Vuitton and Rykiel… I’d actually been doing it all along anyway.” 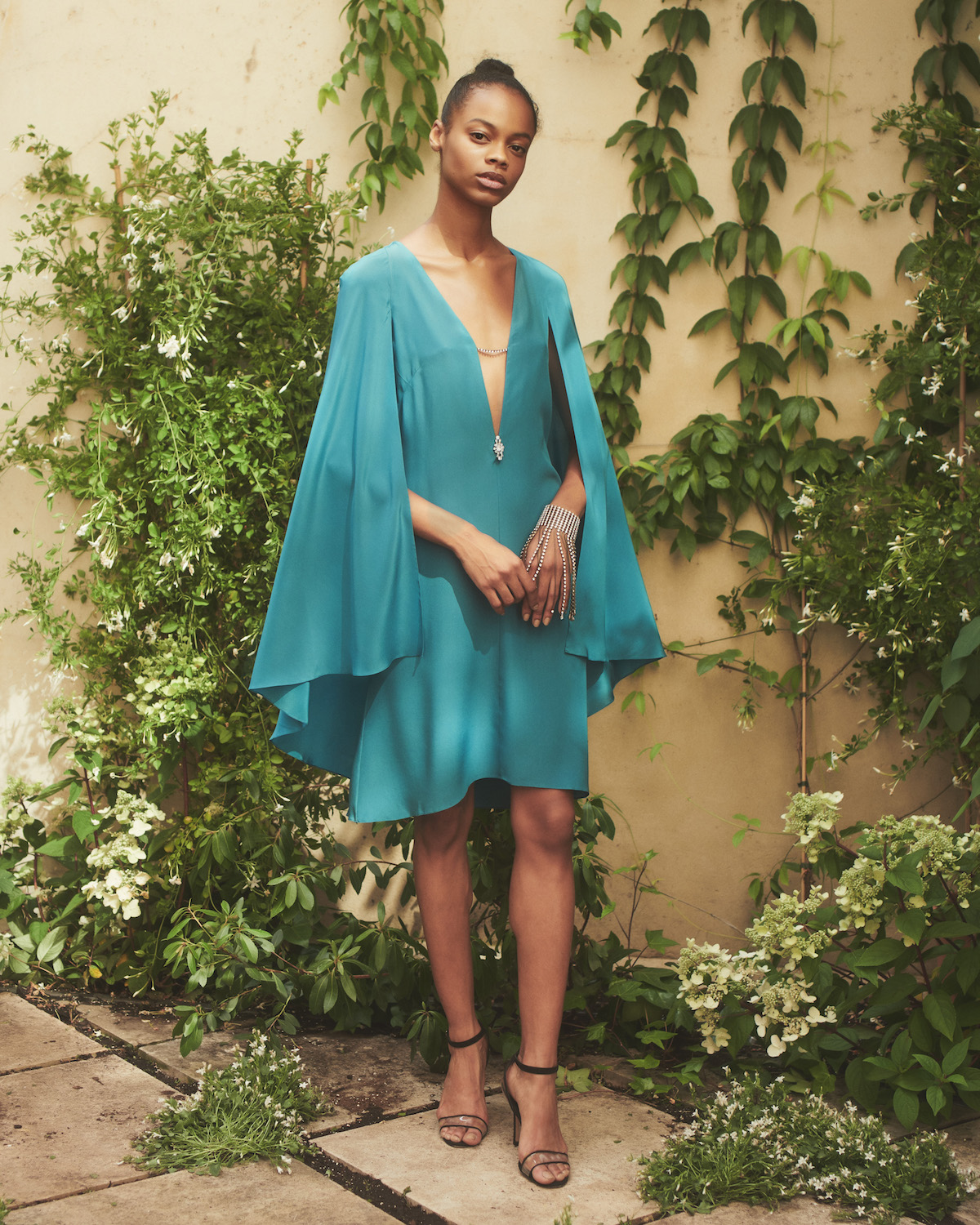 “So it felt natural, actually, to go out on my own, and do what I needed, what I had worked so hard for. And I feel like it was right to do it.” Taking less than three months to launch, Julie’s debut line of dresses – the focus of her label – was revealed at an intimate gathering at her house in Paris during couture week in July.

“I’m much less scared now than I was,” reveals Julie. “I think I probably didn’t do it beforehand because I genuinely was scared, but now, I feel like I know I can do this.” After thinking about it for so long, the physical launch of Julie’s label was rapid.

“In fashion, you’re used to working quickly, because fashion is all about the moment, so it didn’t really feel like it happened that fast. I’d had the idea for a long time too, so in a way, it was an opportunity to push myself – to just go out there and get it done!” 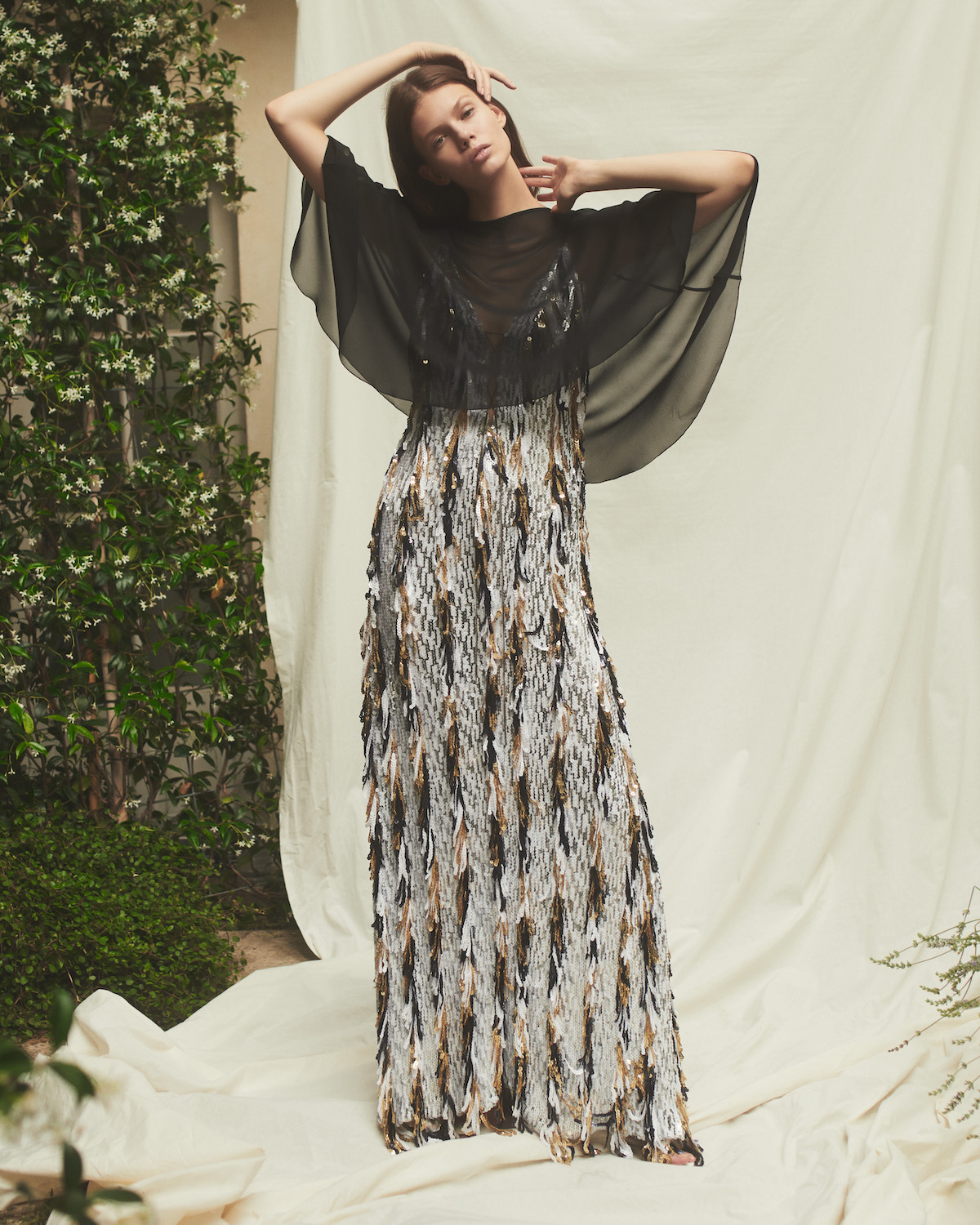 Choosing to focus entirely upon dresses, Julie’s business plan revolves around a sustainability angle – using archived or deadstock fabric to create every piece in both her ready- to-wear and made-to-order collections.

“I wanted to do something very intimate, and personal, and just make dresses,” explains Julie. “I feel that dresses are very special to me – the first piece I ever designed was a dress when I was 14 years old. As a designer, a dress allows for so much interpretation and creativity, with different fabrics and lengths and volumes and silhouettes. But for me, it’s more than that.”

“A dress is like a piece of music. It’s a memory of a party, or a person that you met, a moment that you’ll always cherish. Something that you can pass on, to share that story, that joy that you felt when wearing it. It’s something really special.” 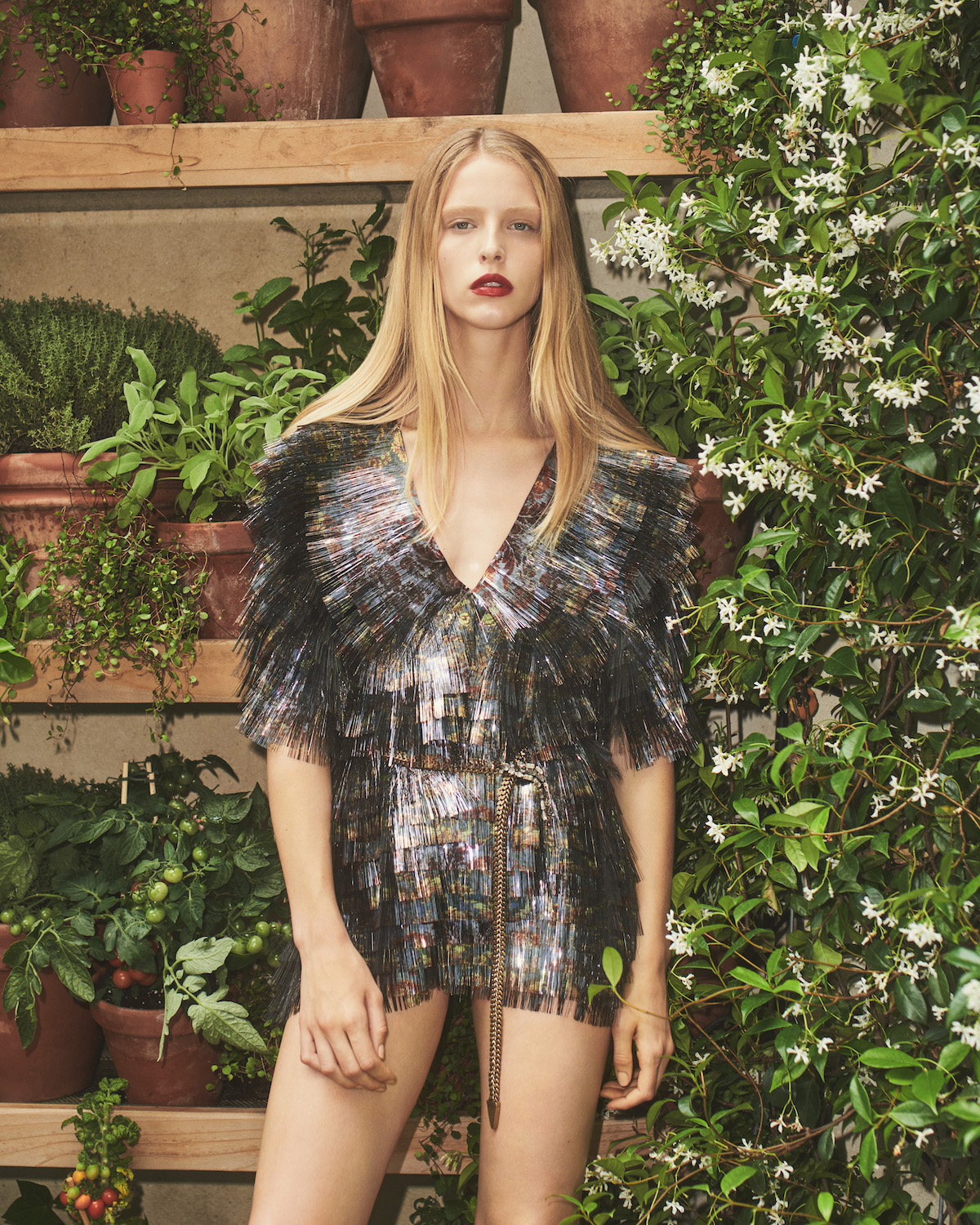 With a desire to create “heirloom pieces” from stocks of existing luxurious fabrics, Julie melds sustainability with collectibility, without compromising on quality. “I’m working with the best Italian mills that I have worked with for many, many years, and have built wonderful relationships with,” she says of her fabric sources.

“But bearing in mind all the times I’ve visited these mills before, I didn’t know they had so many archives; warehouses literally full of fabrics either over-made in production, or ordered by a client and then cancelled because the colour didn’t work. There were all these incredibly beautiful, luxurious fabrics there, just waiting to be used.”

“What I really love about those visits [to the mill] is that I might discover some treasure of a roll of fabric, an amazing silk, or print or embroidery that I could make maybe a dozen dresses from. So of course, I have to have it – but when it’s gone, it’s gone. I love the idea that these dresses we make are created from something so rare, which is why I name every one of my designs, and number each piece. It gives each piece an identity and a story. It makes every dress even more special.” 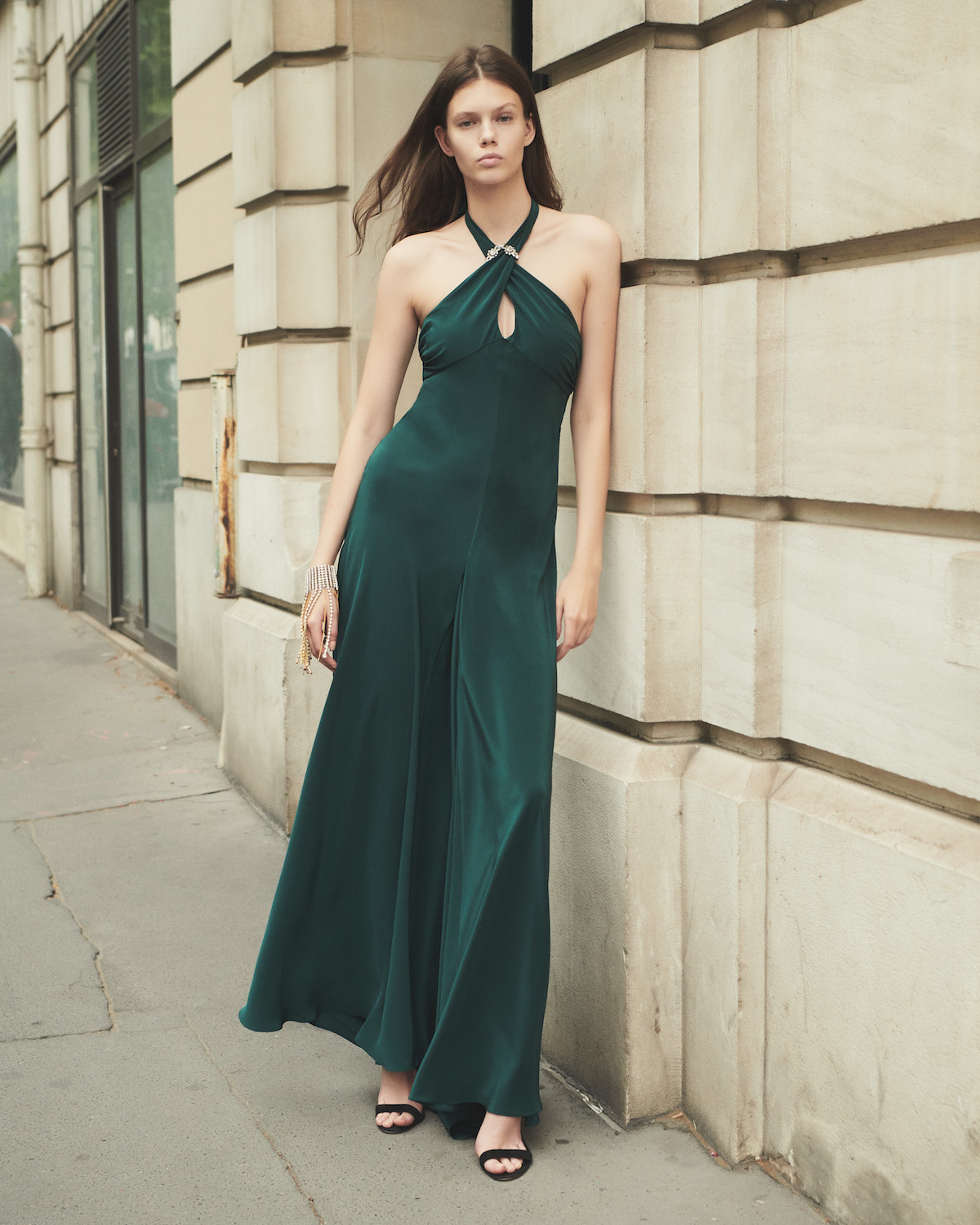 The focus on sustainability and accountability is a concept that Julie is dedicated to upholding as a new entrepreneur. “The way the world is today, championing sustainability isn’t even a question in my mind,” says Julie. “We all know about the amount of waste and pollution that the fashion industry creates, you can’t ignore it. We’re already really late in cleaning up after ourselves, so we have to be extremely active about doing something about it now.”

Partnering with the famously eco-aware Matches Fashion as her brand’s exclusive e-tailer, Julie’s hope is to make people think more about the origins of the clothes they buy, and where they will end up in the future. 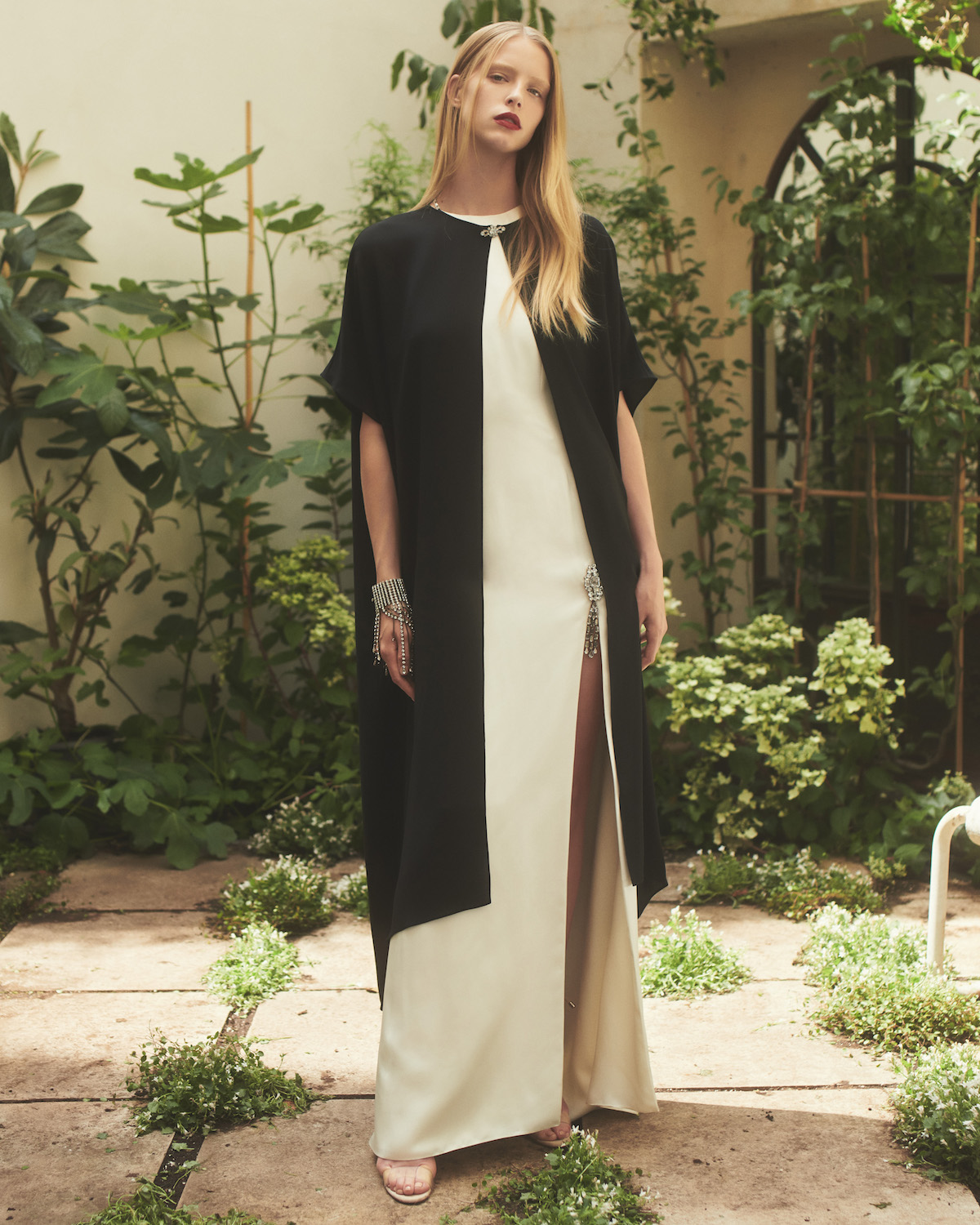 “Being a mother as well as a designer in this industry, I feel its necessary to know how things are made, and be more responsible in how we create things. We’re making everything in Europe, and I want people to know the process, so they know how much time it takes to make their dress, how many people’s hands this garment goes through before it’s eventually worn.”

“It’s important that people know – that future generations know – and cherish these pieces, pass them on to their children. It makes each one a treasure. Something that’s sentimental and valuable, not just another dress that hangs soulless in your closet.”