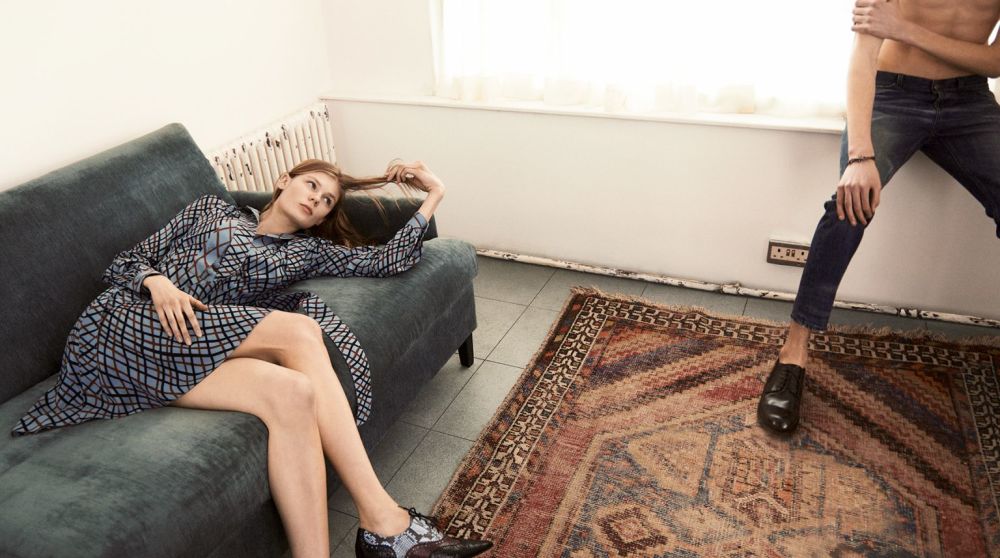 Alessandro Michele’s vision has been made crystal clear only three months after he was appointed as creative director at Gucci, and it’s an aesthetic we haven’t seen from the brand in years.

Following the early departure of Frida Giannini, Alessandro began the arduous task of directing his predecessor’s collection, and his ambition to redefine the Italian fashion house couldn’t be clearer. The subtly-sultry images are a world away from the feminine Frida Giannini-era and instead of being dominated by famous faces, models Julia Hafstrom, Alexandra Elizabeth, and Jack Chamber take centre stage. Shot in a run down apartment, the models relax on retro sofas – never fully appearing in the same image together, photographer Glen Luchford still manages to capture the endearing intimacy that Alessandro has brought to the table. 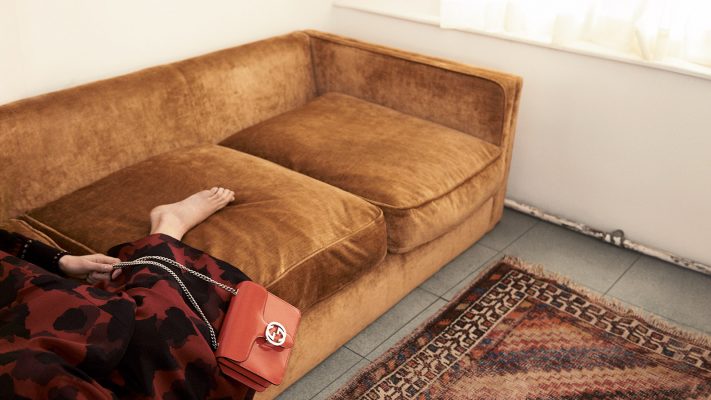 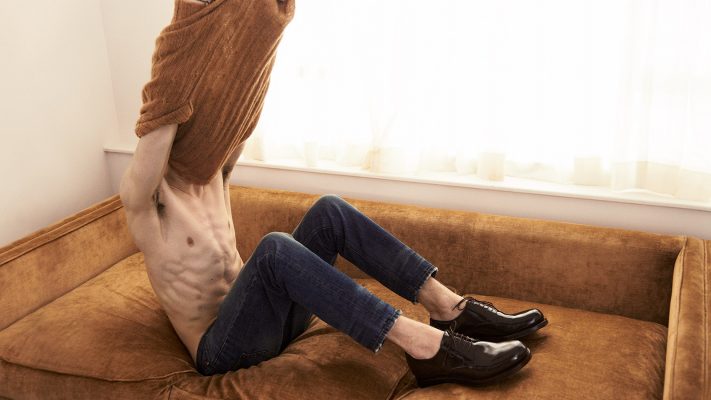 At Milan Fashion Week we saw the designer’s debut autumn/winter 2015-16 collection delve into androgyny with a romantic, vintage flare – it marked the first step towards redefining Gucci and now the aesthetic is cemented. The runway was overwhelmed with royal ruffled collars whispering reminders of Gucci’s seventies associations, fur loafers and unique gender-blurring looks. Alessandro’s overhaul is an attempt to increase sales after Gucci posted a 1.1 percent drop in revenue for 2014 – could this be the refreshing change to elevate the iconic fashion house?

See the beginning of Gucci’s revolution with their AW15 collection: 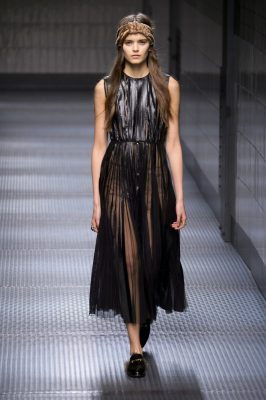 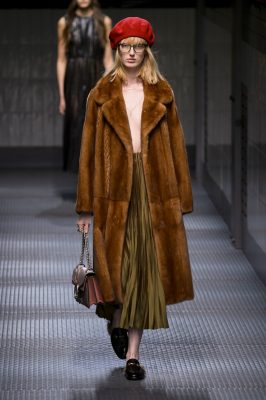 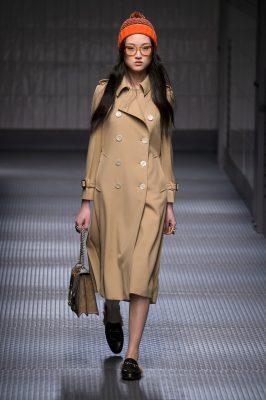 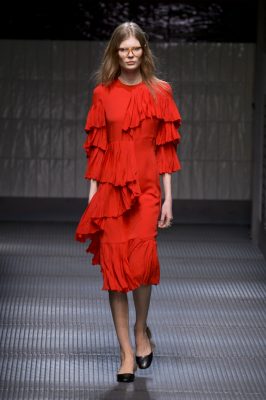 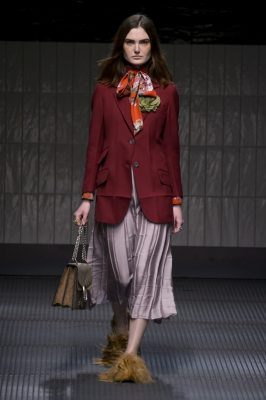 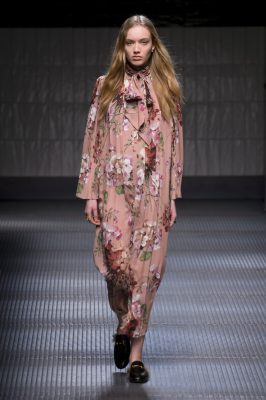 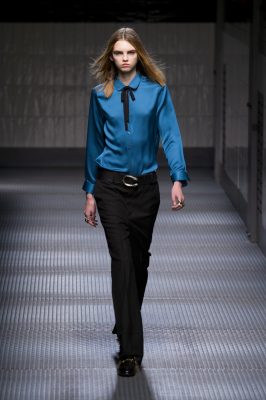 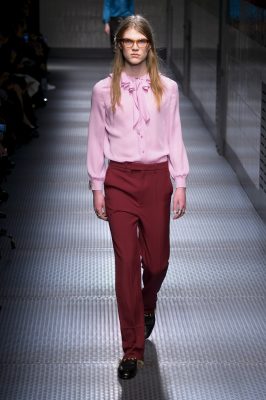 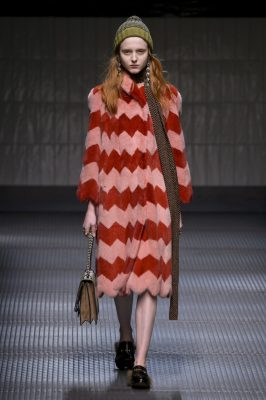 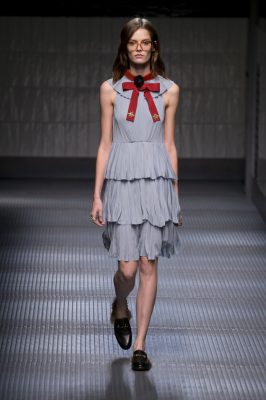 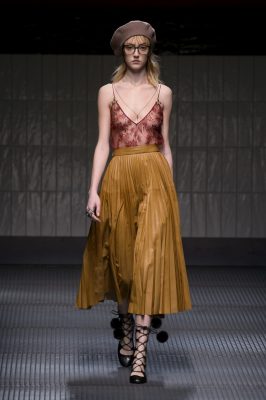 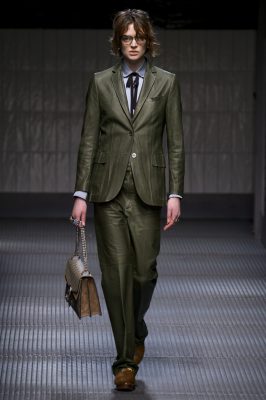