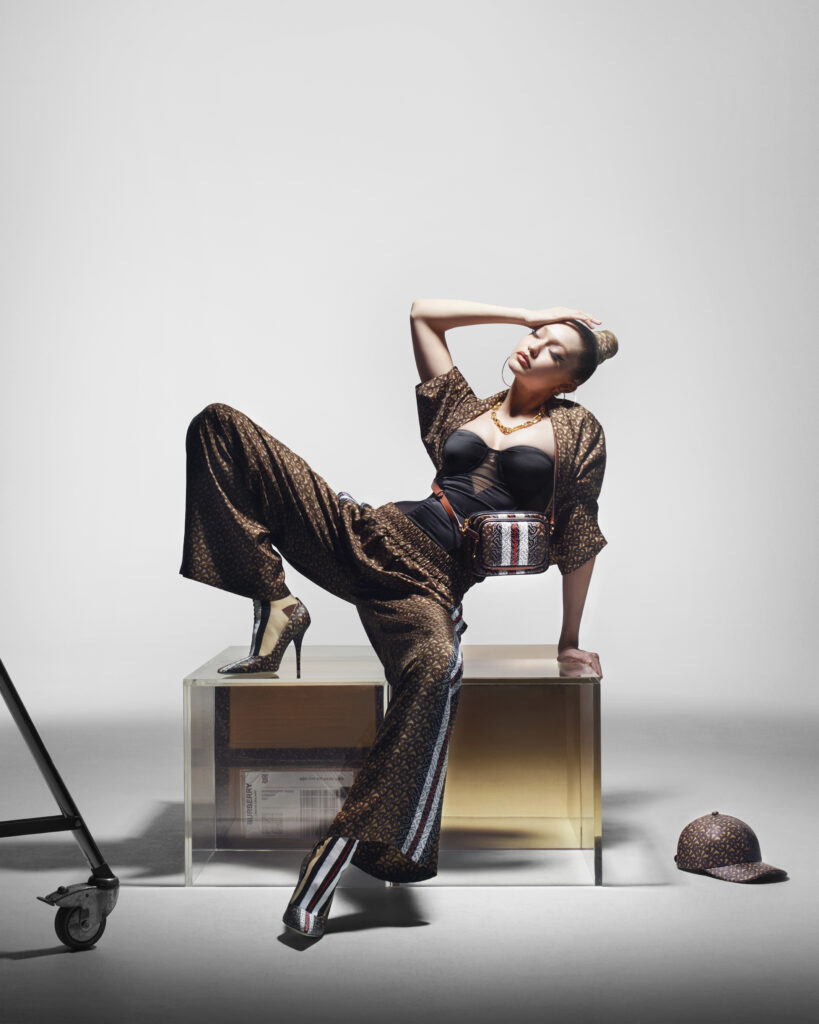 Today, Burberry launched its first-ever Monogram collection, debuting Riccardo Tisci‘s designs in a campaign starring Gigi Hadid – a first for the model who also makes her campaign debut for the British fashion house.

Celebrating the diversity of the brand and its appeal to all ages, the Palestinian/Dutch model transforms into a boy, a gentleman, a girl and a lady in the campaign video shot by legendary photographer, Nick Knight.

“What I wanted to do with the collection was to celebrate the breadth of who we speak to as a brand. Alongside some of the most talented creative icons of today and tomorrow,” says Riccardo Tisci. “I am so proud of what we have achieved together with this campaign.” 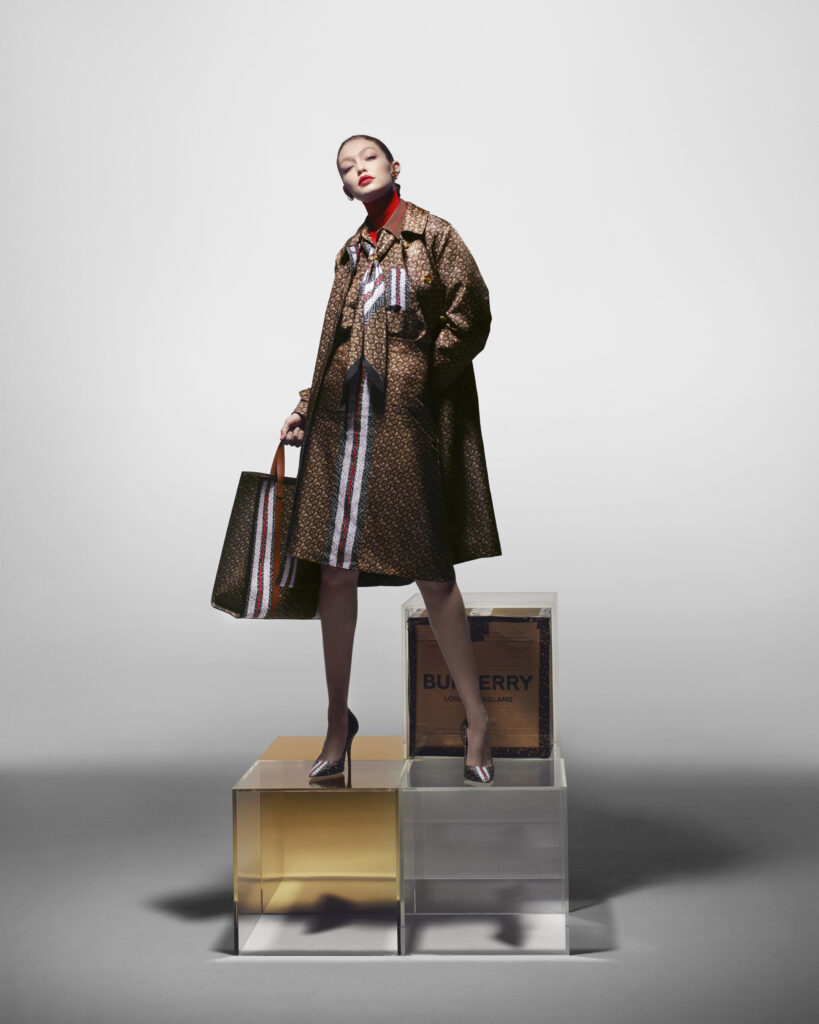 Drawing inspiration from the founder of the British fashion house, Thomas Burberry, and with a view to modernise 20th-century Burberry motifs, Riccardo collaborated with British art director and graphic designer Peter Saville. “When I first started at Burberry, I spent a lot of time in the archives researching the rich history of the house. I quickly became very interested in Thomas Burberry and who he was, not only as an inventor and innovator, but also who he was as a man, a husband and a father. When I saw an image of his initials, the design felt so special and actually very modern, so I quickly developed it into a new code for the house. It’s a symbol that not only embraces Burberry’s heritage, but also feels very contemporary.” 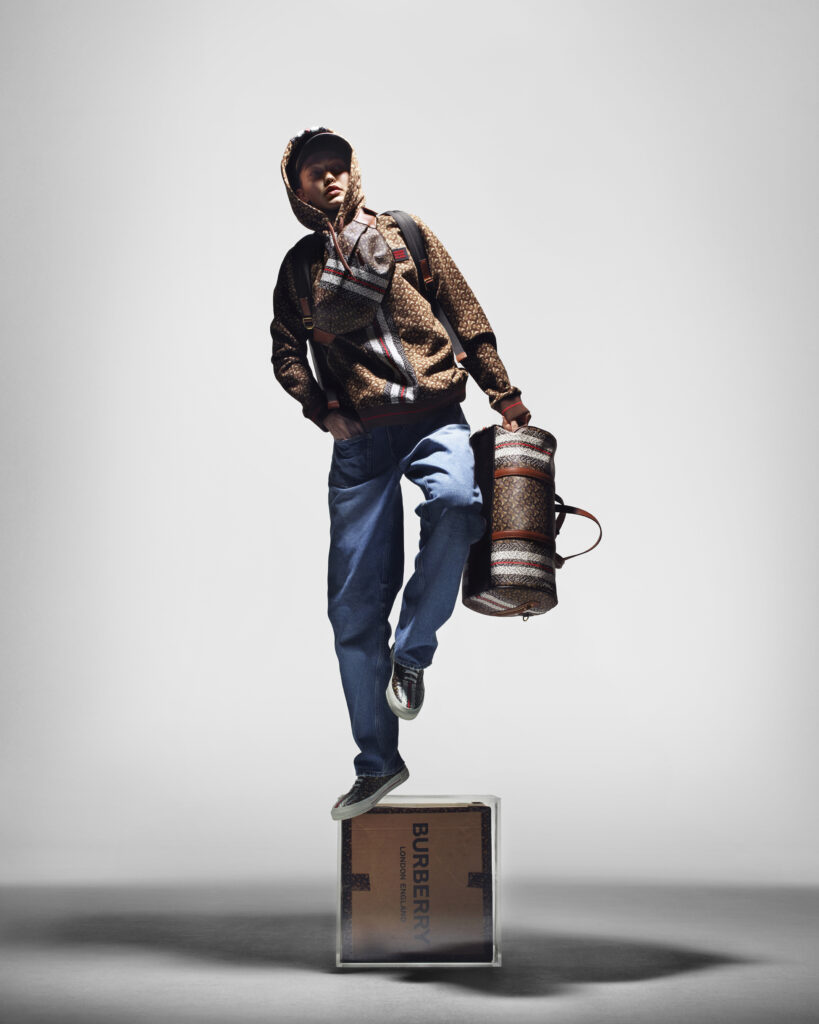 Celebrating her own debut for the iconic British fashion brand, Gigi said: “I have always loved and respected Riccardo’s work, and I feel so honoured and grateful that he trusted me with this project. My first Burberry show was my first time working with Riccardo, and the timing just felt perfect. It gave us our first opportunity to really get to know each other. The second I heard the creatives for this shoot, I understood how I wanted to bring that to life and show different sides of myself through each character.” 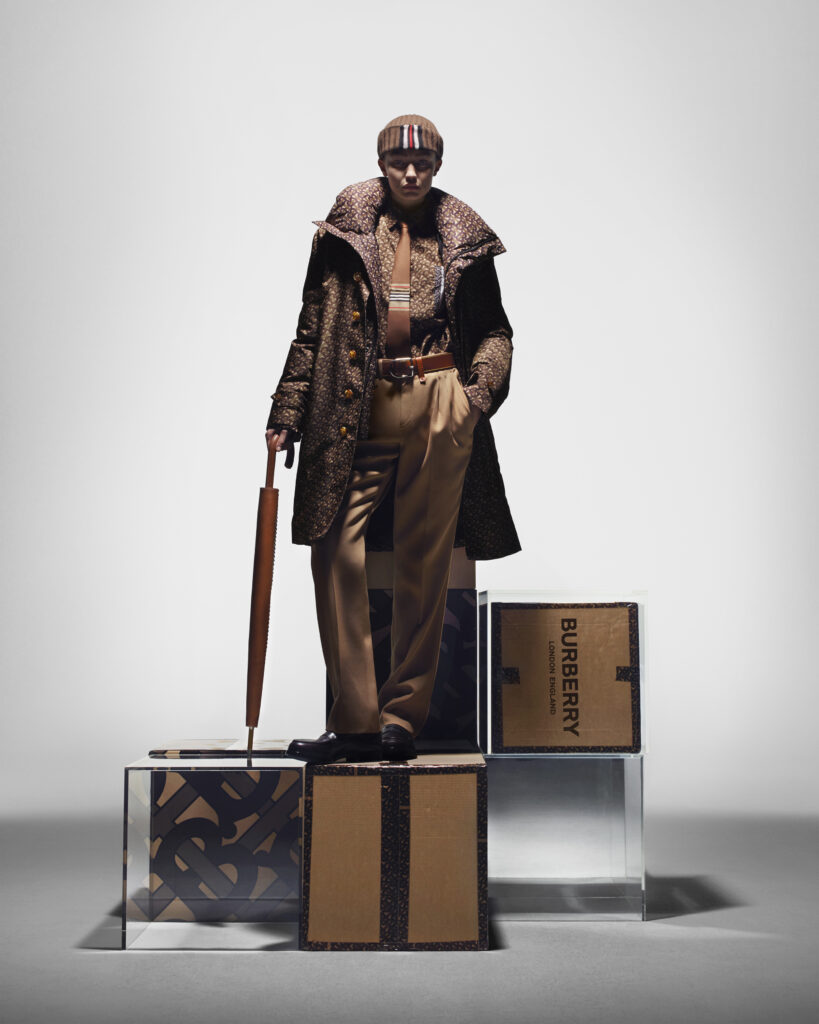 Mark the day: Burberry’s debut Monogram collection drops in store and online on May 22 globally.