Emilio Pucci: Reach for the Stars

MOJEH watches as Peter Dundas sends out his final (and possibly) finest collection for the house of Pucci. 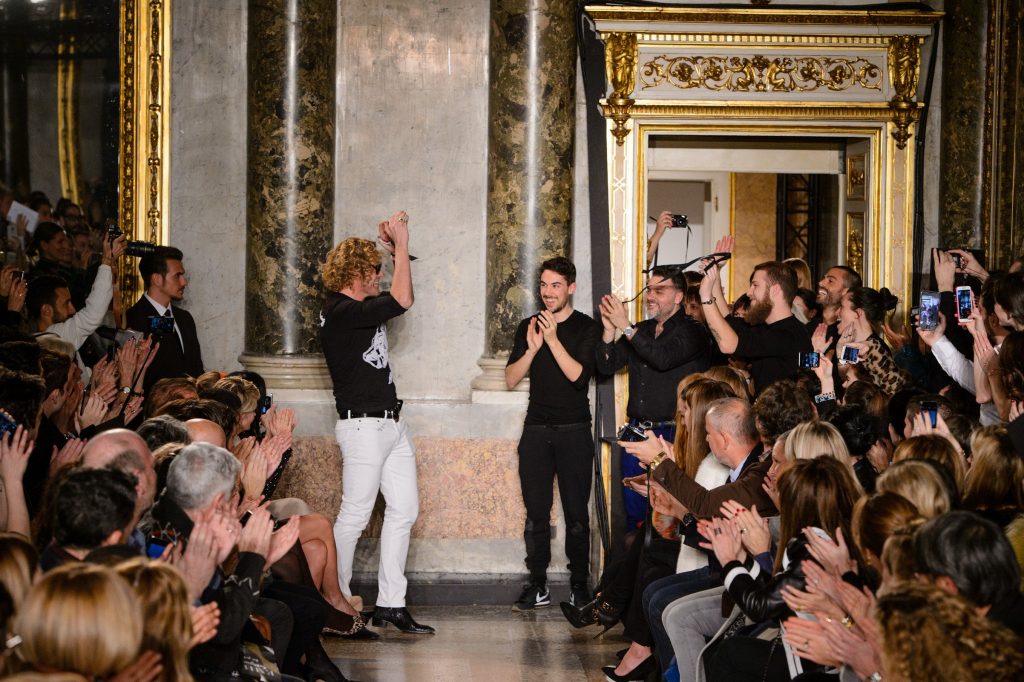 Shooting stars, blazing suns and zodiac signs spiralling around glossy moons in the depth of a black night sky  – with just a little imagination. Peter Dundas’ chosen print for his final collection at Pucci painted a stunning vision of infinity and the endless beauty found when looking up. Oxymoronic considering that this very same image of boundlessness also represents the end of his tenure at Pucci. Rumours of Dundas’ exodus from the Italian fashion house have been circulating the rumour mill for a while – with suggestions that he will take the helm at Roberto Cavalli, yet to be confirmed – but it wasn’t until taking his final bow tonight and inviting out the backroom and atelier teams that no more words were needed, the departure was official. 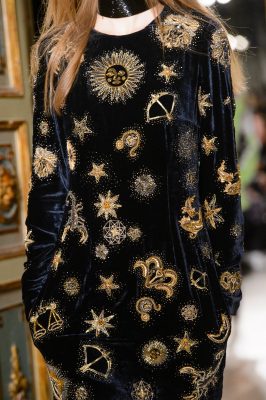 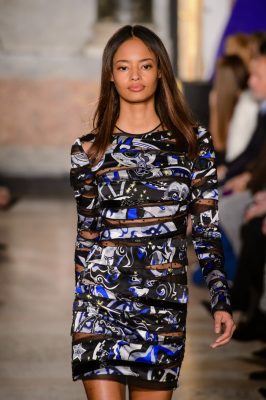 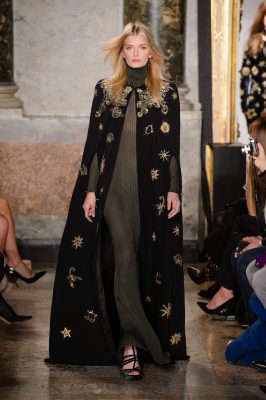 Dundas has been creative director since 2008 and in his seven years has offered various versions of potent, powerful, ethereal and, at times androgynous wardrobes. For autumn/winter he presented an outstanding collection that all at once embodied the spirit of the brand, Dundas and today’s woman. It was talent defining and hauntingly precise. Black and white monochrome prints paid homage to the house’s longest design pillar, while high-bohemia and seductive gowns in spirited colours celebrated Dundas’ era, and then wearable silhouettes such as tailored suits and structured over-coats nodded towards the functionality currently rife on the catwalks. The dark palette of midnight blues, bottle green and black allowed for flashes of blue, blood red and greens running throughout. 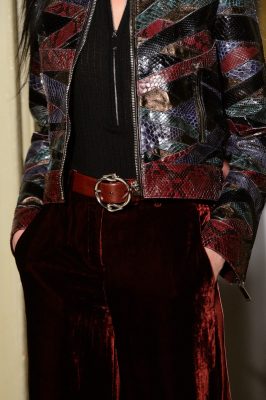 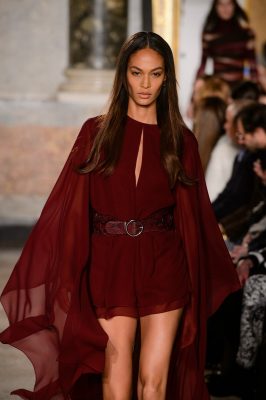 ‘Peter Dundas explores a glistening starry night, celebrating the symbols of astrology and the unforeseen powers they behold. The dandyism of Jimmy Page and the glam-goth style of Stevie Nicks electrify the looks and the set the vibe,’ read the show notes. ‘Graphic black and white undulates at the centre of this collection, marking it with a modern urbanity, while also rendering homage to Emilio Pucci’s own black and white collection of the late 1950s.’ And on turning over the page we found a final farewell and thank-you letter signed by the designer himself. It’s official: Dundas’ era of sex-appeal, sports lux and free-thinking high-end hippie is over. But we’re left with no fear for the Norwegian designer for he has already proven that that infinite starry sky is all his. 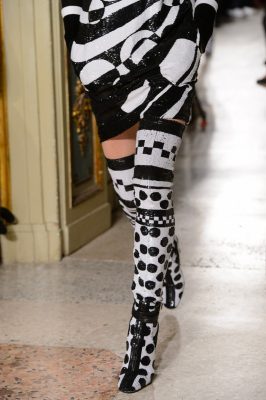 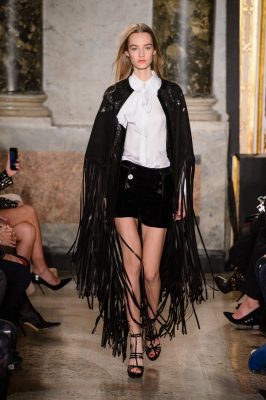