Elle Fanning, Adwoa Aboah And More Star In Other Conversations By Miu Miu

Styled by Katie Grand, filmed by Call This Number, and directed by Steve Mackey and Douglas Hart, Other Conversations features a host of actresses and models posing against muted, monochromatic backgrounds and highlights the girl power that is embedded in Miu Miu’s AW18 collection. Over the top of the short film, a disinterested woman’s voice states her opinion on braids, bobs, and pixie cuts. 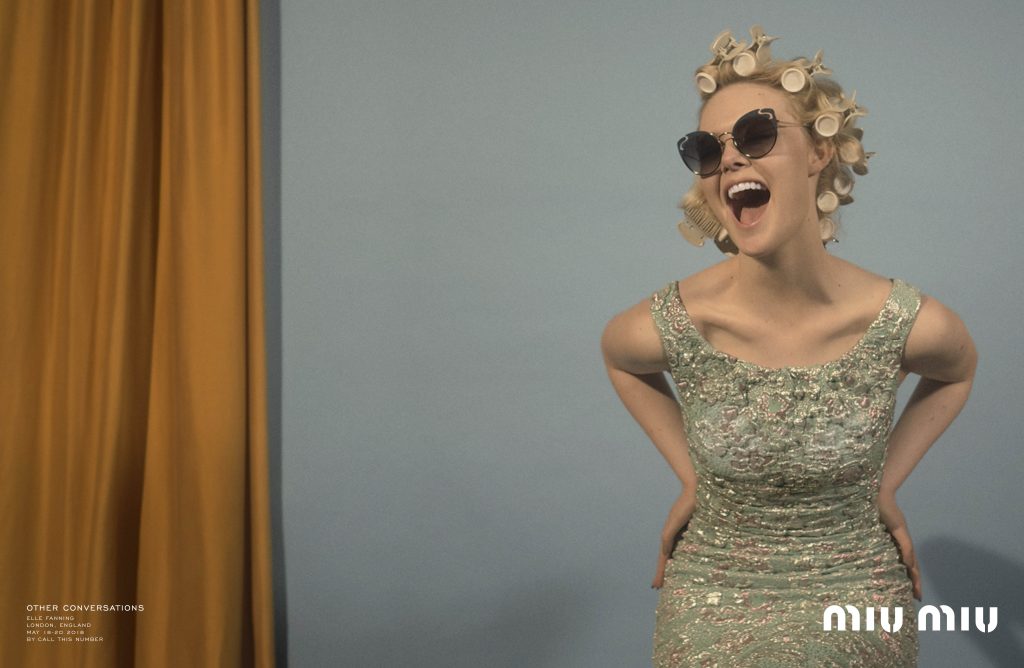 Elle Fanning for Other Conversations by Miu Miu

The campaign began as a test shoot in a Central London basement, an experiment to bring out the inner Warholian in the Miu Miu girl gang. By the time it had spread to a full campaign, it featured some of the most recognizable faces of today including Georgia May Jagger, Adwoah and Kesewa Aboah, Elle Fanning and Gwendoline Christie. “They are in control of their wardrobe because they are in control of their lives,” said Miu Miu in a press release. “They are bold in what they wear because they are bold in how they live.”

Adwoa Aboah in Other Conversations by Miu Miu

As the face of Miu Miu’s debut fragrance, MOJEH.com gets to know actress-come-model Stacy Martin.

Me, You and Miu Miu

Prada Joins The War Against Plastic