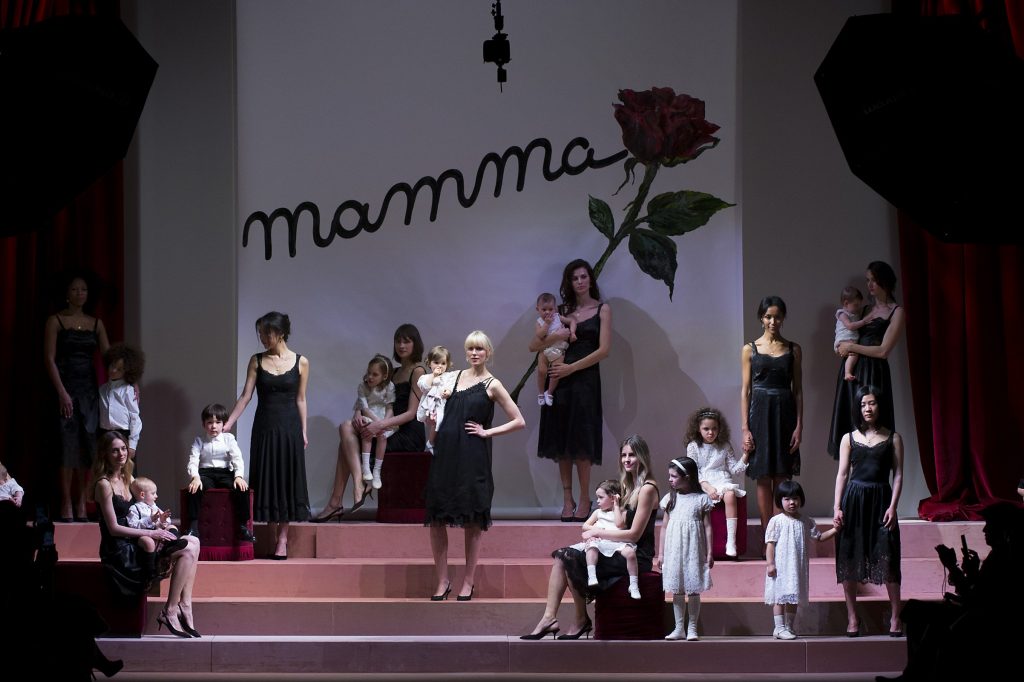 Dolce & Gabbana used their AW15 show to remind us that Mother’s Day is fast approaching.

As well as having Stefano Gabbana’s mother taking pride of place on the front row, the Italian fashion duo sent a strong message of motherhood down the Milan runway. Supermodel and regular Dolce & Gabbana campaign star, Bianca Balti, graced the catwalk proudly displaying her heavily-pregnant bump. Meanwhile, little bambinos walked alongside strutting models, some of whom were carrying more than just next season’s must-have bag, their arms instead cradling angelic-looking infants. One toddler almost stole the show by clapping every time the audience clapped, thereby evoking a symphony of ‘awww!’ responses from the usually-ice-cool fashion crowd. 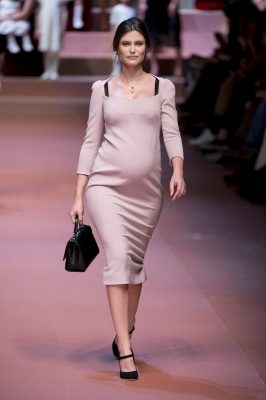 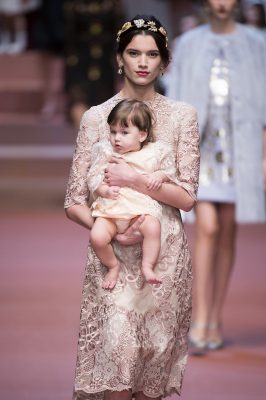 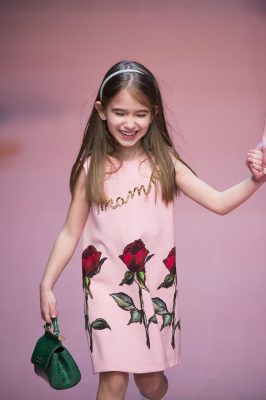 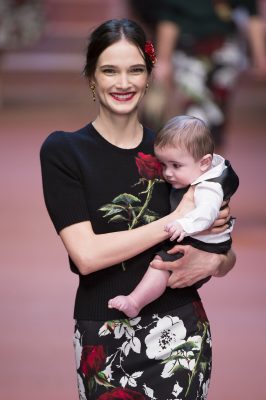 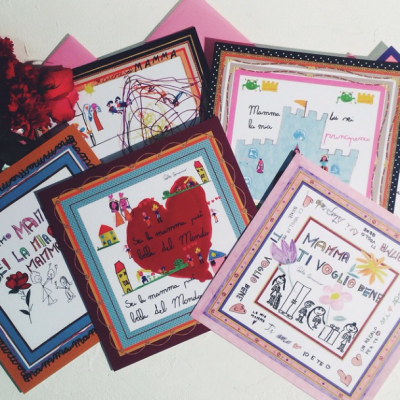 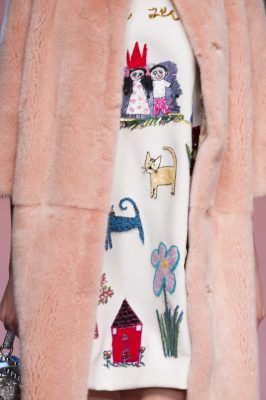 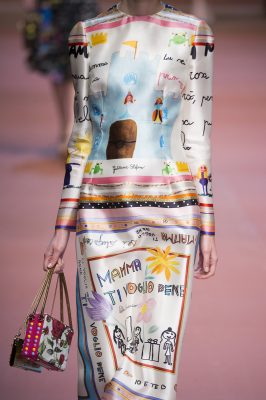 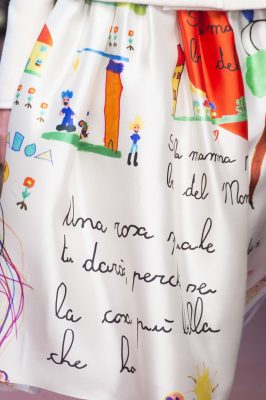 The Dolce & Gabbana invites courtesy of Domenico's nieces and nephews, then seen on the collection (Photos courtesy of GoRunway)

Good-old-fashioned Italian family respect was clearly the order of the day, with Domenico Dolce’s nieces and nephews creating the colourful invites. These familiar scribbles were then transferred onto clothes that made up a collection of prints (vaguely resembling Angelina Jolie’s infamous wedding dress) adorned with the artwork of children. “Viva Mamma!” exclaimed the invites, and this was the matriarchal message of the show. Naturally, the pair didn’t leave their usual La Dolce Vita flair far behind. Black lace, ornate jewels and a flourish of roses were combined with their signature red lips and flicked eyeliner to create the classic Dolce & Gabbana look that we all know and love. Viva Domenico and Stefano! 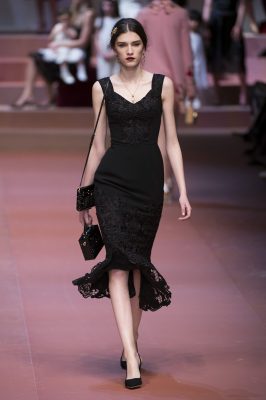 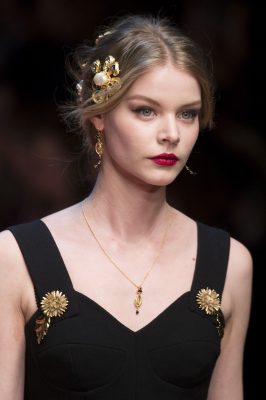 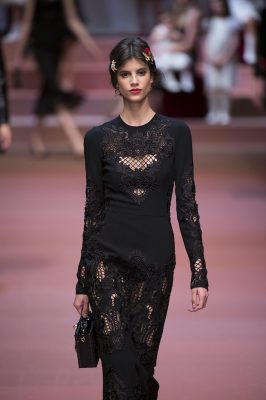 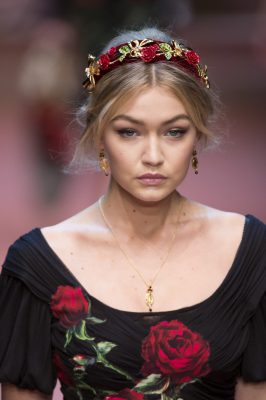