What do you do when you have four opportunities a year to capture a market of fashion hungry women, who could be anyone, anywhere, at any one time? At Proenza Schouler, you push the boundaries of design and technology and make up your own rules.

‘We do not design for any one type of women,’ Jack McCollough and Lazaro Hernandez of New York based fashion house Proenza Schouler tell us. ‘We think that it is really inspiring to see how women around the world put our clothes together, bringing a sense of their own culture to their individual style,’ continue the pair. For young designers like Jack and Lazaro – born in Tokyo and Miami respectively – a globalised world has meant that they are exposed far further afield and at a much faster pace, than their predecessors. Meaning that in design they have access to cutting edge technology and therefore muster up avant-garde and experimental collections. In business, well, the world and its women are quite literally their oyster, but only when tackled in the right way. ‘In general, we feel that to our generation ‘business’ is not a bad word like it, perhaps, was back in the day,’ say the designers. ‘We try to focus on craft and creation and primarily design, but ultimately we understand that this is a business as well and the better we do in the latter the more freedom and resources we will have to create what is in our heads.’ Not a small task, but one that in just 10 short years the designers have excelled where many others have failed. They’ve faced a market more cosmopolitan, well informed and fastidious than ever. Instead of crumbling under its vastness, the pair has imagined collections that speak to it with just the right sentiment. 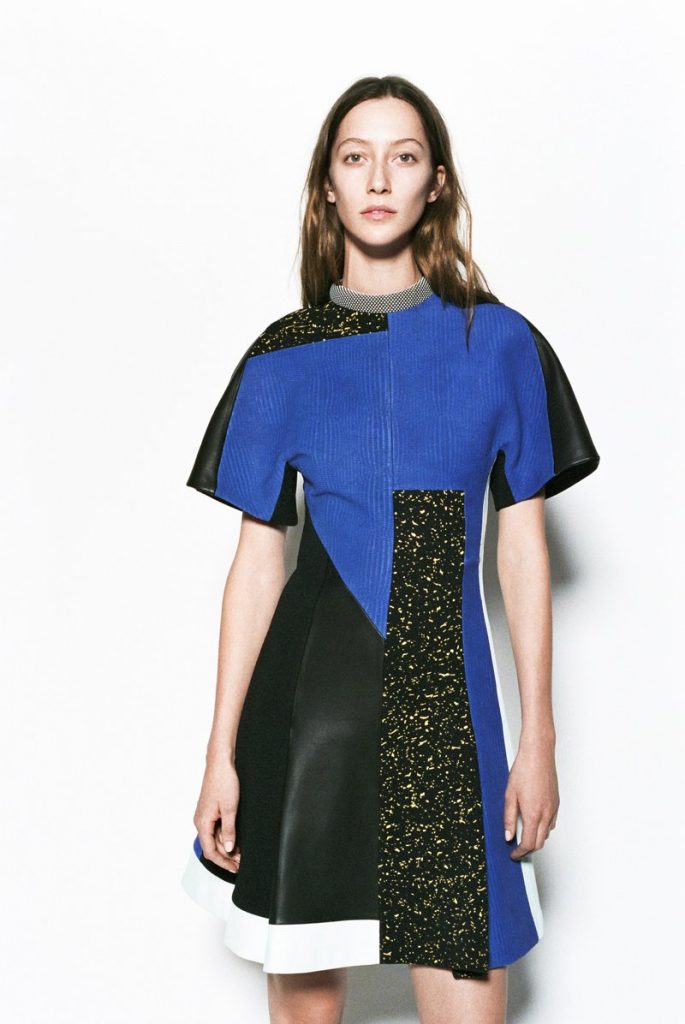 ‘When we started Proenza Schouler we were so young – 22 years old and just kids. We had absolutely nothing to loose,’ say the designers with the same freethinking and fearless attitude that has sketched many a great thing from their generation. ‘The idea was to try this for a while and see where it went. If, in the end, we could do it, and if not, we would just look for a job with someone else. 11 years later and we are still here with 150 employees working alongside us.’ The pair met at Parsons The New School for Design, in New York, and after graduating they teamed up with the house’s now chief executive officer Shirley Cook, who would help shape them into an internationally recognisable brand making in excess of $60million (if rumours are correct – the brand keeps its finances private). ‘Things are now moving way faster than they used to. With the advent of the pre-collection and so many different product categories things have gone from 0-60 in just a few years, every season you must put in more effort than the last,’ adds Cook.

Eleven years ago, however, fashion wasn’t moving so fast, or at least sales weren’t. The world was in the midst of an economical crash and ostentation and excess were forbidden words on the runway. Proenza Schouler defied the odds and garnered the attention of the masses. Their first collection in look complied with the minimal aesthetic of the early Noughties, with wardrobe basics such as leather coats and skinny tailored trousers transformed into luxury items. 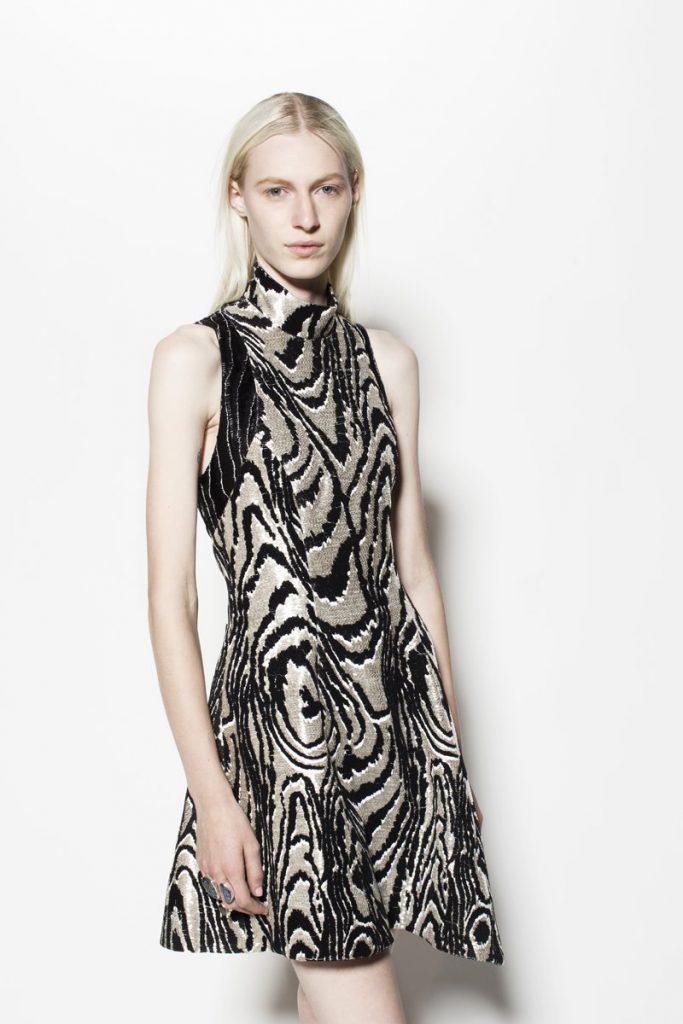 ‘Women today need clothes that are a mix of sophistication and practicality. They want something that they can both dress up and dress down,’ say Jack and Lazaro. By custom developing fabrics and pushing the boundaries of what luxurious surfaces could mean, prints quickly became their ‘thing’. The 2005 summer collection, for example, blended Hawaiian prints with moody hues and sat atop typically couture-esque fabrics and later their spring 2013 collection melded endless patterns and colours inside simple silhouettes. ‘We tend to keep the silhouette fairly standard and neutral because women know what does and doesn’t work for them, so instead we focus on using technology to create textiles and surfaces that have never existed before and that are both luxurious and truly new,’ they say. Adornment is found in the fabric and not on top of it – experimental and novel thinking, but still sitting within the barometers of what the modern woman yearns. A storyteller’s answers to the stealth wealth generation. ‘The way a woman takes one of our pieces and incorporates it into her own wardrobe is always incredibly exciting for us,’ they went on to say.

But it could so easily have gone the other way. Jack and Lazaro came up in the industry by the way of Marc Jacobs and Michael Kors respectively. But the playing field for them, as a young house, was very different from their mentors when starting out. ‘The fashion world is much more densely populated these days. Everyone has an opinion and everyone thinks they can be a designer,’ says Jack and Lazaro. ‘A lot of the barriers have been broken, which is a great thing, but it also makes for a lot of noise.’ In terms of barriers, what should be considered is today’s consumer and where she can be found. 15 or so years ago – before technology and travel allowed for such vast outreach – the Michael Kors of the industry were still crafting collections for a very specific audience with very specific needs, today however, designers could be speaking to anyone, anywhere.  ‘To rise above it, one must have a much more precise, clear vision than was needed 20 years ago. There is no room for error,’ they say.

Being cutting edge or avant-garde isn’t enough, you need to somehow remain relevant. An attitude that is certainly not lost at Proenza Schouler. Take the most recent offering for autumn/winter this year, where the pair sculpted pieces from thick jacquards in multi-layered prints of psychedelic hues including electric blue, burnt orange and seaweed green. ‘We were inspired by the colour, abstraction and spontaneity seen in the work of artist Ron Nagle and by his use of colour blocking and the mixing of different surface textures,’ the pair explains. ‘We also looked at industrial materials like carpet pads, insulation and moving blankets. Abstract things that have nothing to do with clothing or fashion excite us.’ Silhouettes were powerful with rounded shoulders, cinched waists and geometrically cut skirts – if it wasn’t for the leather and slight slick of grunge, the pieces were little short of couture worthy. Whether worn head-to-toe or taken as separates and open to the wearers own style interpretation, the look is completely kick-ass.

This design DNA taps into the idea that their customer may at any one moment be down the road from their New York studio shopping at 121 Greene Street’s flagship along Soho, while another is picking up her beach essentials from Thailand’s Club 21 and someone else is in Jeddah’s Etoile choosing her work attire. ‘We always say that making clothes is only half of it, we need the woman to take the garment home and make it her own to really complete the process and make it come alive,’ they explain. Also reflected in the eclectic list of celebrities choosing to step out in their pieces – from actress Keira Knightley, known for her Brit-cool style, to Californian ‘surfer-chic’ Kate Bosworth and then the ever eloquent Cate Blanchett, to name a few. ‘We’ve never designed for any particular kind of woman. It’s more an attitude that is interesting to us, a kind of confidence and strength. It is fascinating to travel around the world and see how different women take the same piece and wear it in completely different ways, bringing their own sense of style to the conversation.’ 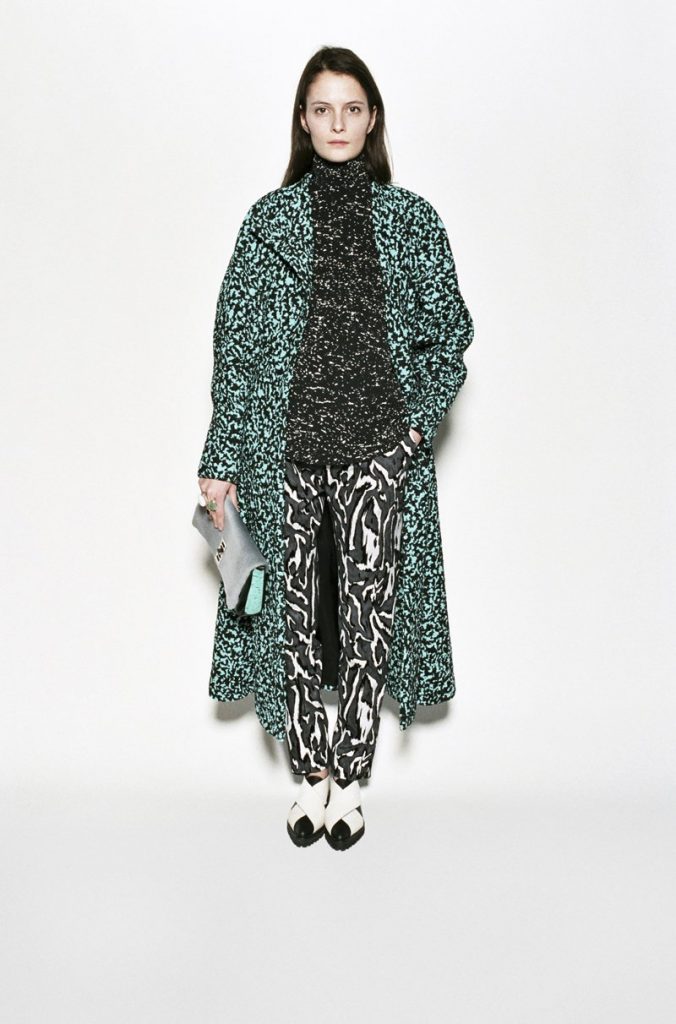 Travel and life experience are two very important components for the designers – always looking forward and never back. ‘Our inspiration and all of our designs come from our own experiences, it is almost autobiographical in a way. We find it endlessly inspiring to travel around the world and borrow bits and pieces from different cultures to try and create something that is both very personal, and yet somehow feels universal.’ They like to be where their wearer is.

With an almost overnight success – Proenza Schouler’s senior thesis collection was brought in its entirety by Barneys New York – things have only sped up since. You have to question what the designers make of it all. ‘Trends come and go and sometimes your ‘it’ and sometimes you’re not, but if you stay true to your vision, fashion has a way of returning to your side,’ they say. With five Council of Fashion Designer of America Awards under their belt – all voted for by industry members – including Womenswear Designer of the Year in 2007, 2011 and 2013, it’s fair to say that so far these boys are ‘it’. ‘That feeling of total satisfaction is not something we let ourselves feel. We know you are only as good as your last collection and therefore work tirelessly, alongside our team, to produce the best work we can season after season. We’ll have time to look back and be happy about all that we accomplished when we’re 100.’ 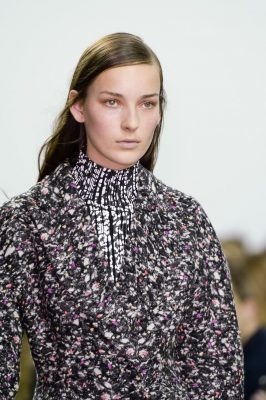 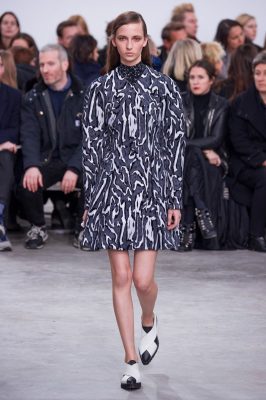 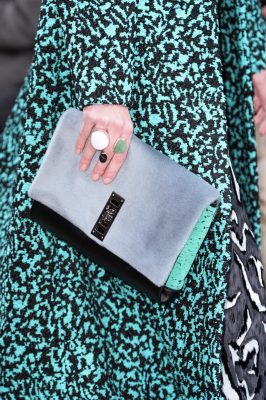 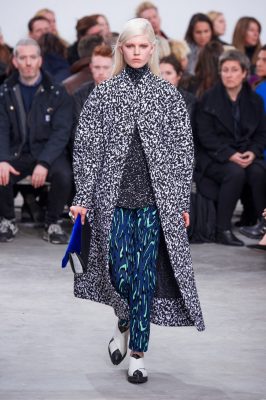 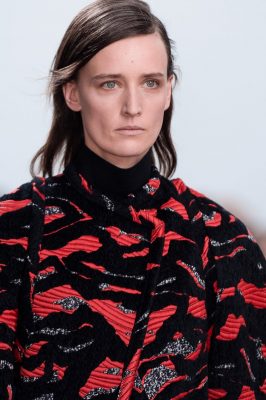 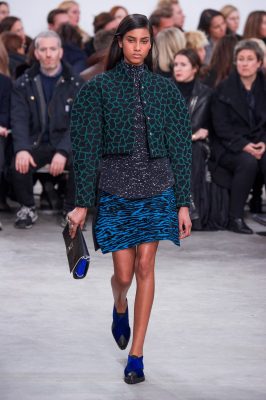 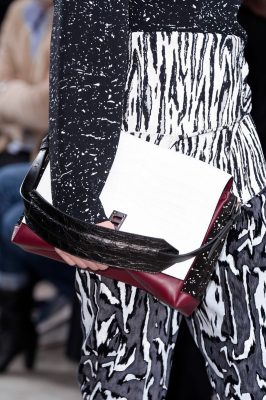 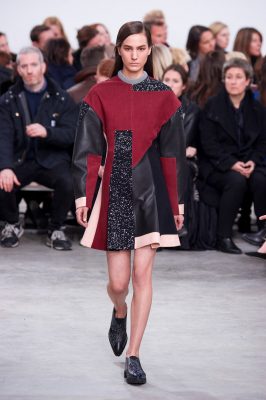 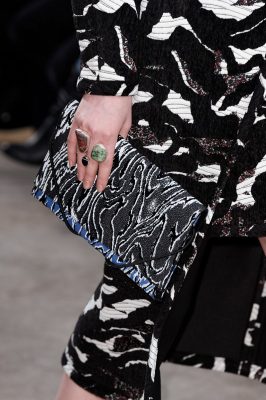 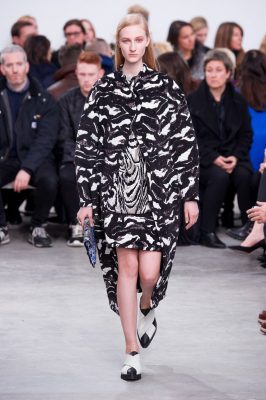 ‘You must constantly produce newness. This is both one of the most beautiful things about fashion, how it reflects the immediate moment so intensely, but also what can burn some people out,’ they say. Is ‘burning out’ something that Jack and Lazaro worry about? ‘We draw our collections at our cabin in the woods, it’s really important to get away from the hustle of New York to really get into one’s own head and be able to think clearly. What we do is very fast paced and exciting, but the only way to sustain that kind of energy is to be kind to ourselves once in a while and really escape it all.’

And when they can’t be found scouring the planet in search of their next inspiration or hiding at their cabin in the woods sketching it all down, you can find the design stars way off the beaten track. ‘Sometimes you just need a break! We tend to escape to our farm in Massachusetts often as the antidote.’ For an internationally recognised fashion house that knows no borders and has grabbed technological advancements by the horns, a farm in Massachusetts is quite the juxtaposed landscape. ‘We design clothes that are sophisticated but can be worn with a sense of ease and a little imperfection – so that unexpected contrast is always important to us!’