The designer sent scribble prints, measuring tape and rolls of material down the runway

According to Jeremy Scott, creative director of Moschino, the “never-ending” feeling of Fashion Week inspired his SS19 collection and he wanted to capture “those moments of magic and inspiration when you’re working late.”

“Fashion today moves so darned crazy fast,” the show notes informed guests. “It’s accelerated to such a lunatic pace that Jeremy simply didn’t have time to complete the collection. He’s been working like a trouper and only sometimes grabbing a few hours’ shut-eye on his sketching desk. But the fashion calendar stops for no one.” 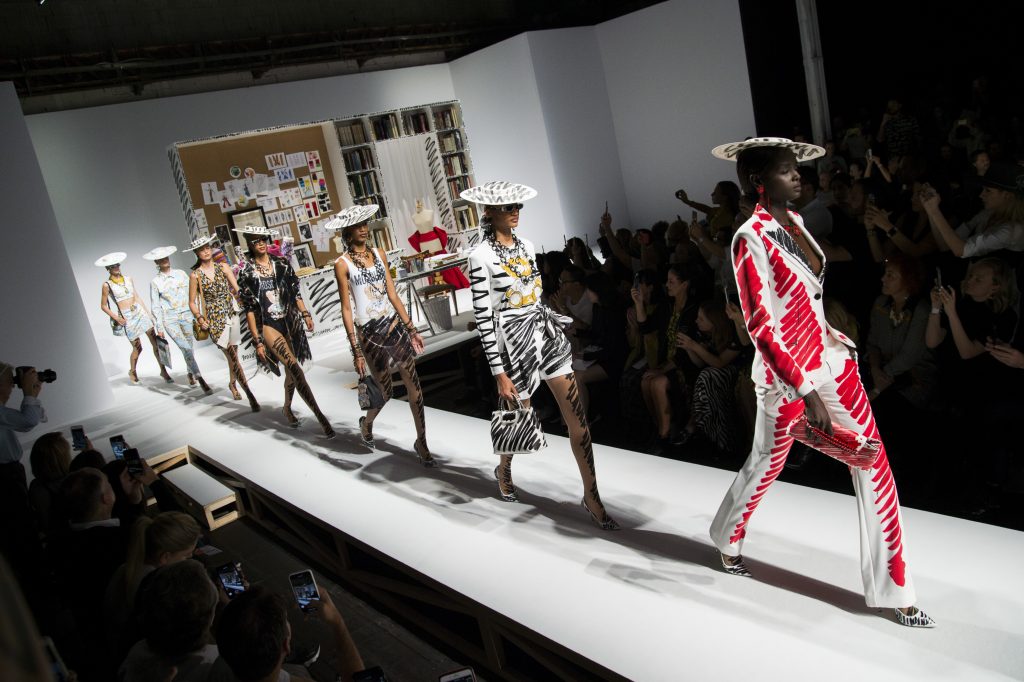 The show began in darkness as a telephone conversation between Jeremy Scott and Gigi Hadid played over the speakers. The designer was explaining that the show was about to start and all he had was his design sketches. As the lights came up, models took to the runway in dresses that were made to look like they were actually pen-and-ink sketches, while others wore garments that were still attached to the fabric roll they’d been made from. Model Yasmin Wijnaldum even dropped her role of fabric halfway down the runway and let it unravel into a beautiful train behind her as she walked.

While Scott was busy trying to finish his designs before the show, MOJEH.com went backstage to get an up close look at all his “sketches” and it’s fair to say the collection was delivered just as Scott drew it. 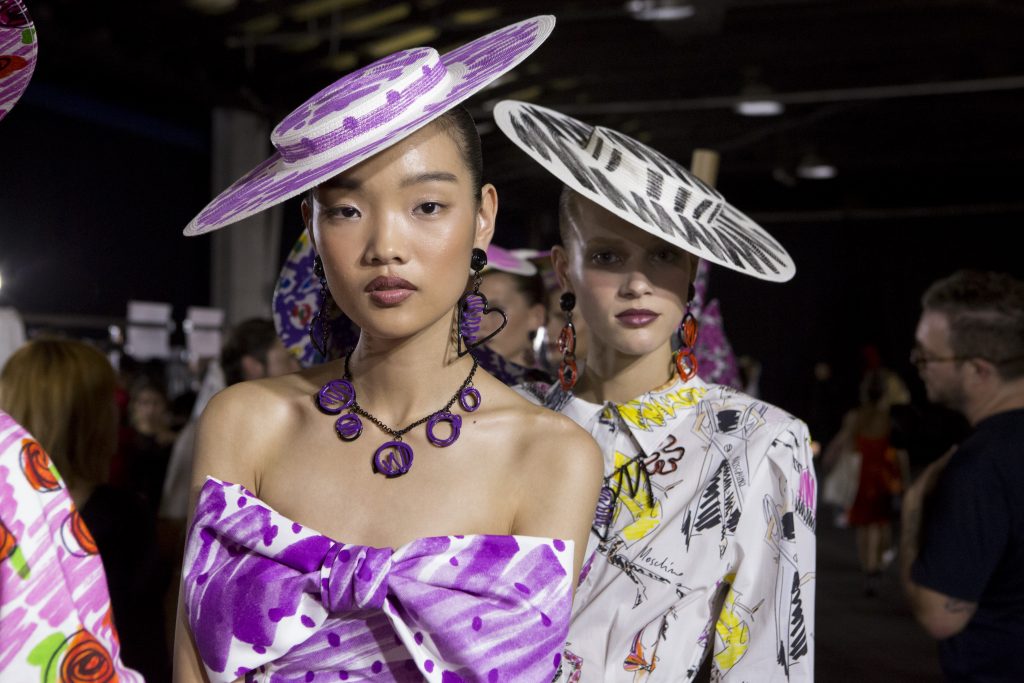 Backstage at the Moschino SS19 show

Prada Joins The War Against Plastic

Elle Fanning, Adwoa Aboah And More Star In Other Conversations By Miu Miu