Amid this seasons penchant for normcore – encompassing all manner of copious customer-friendly fashion – a select few designers threw caution to the wind, instead reinterpreting a trend as old as time. The empowered woman. Clad in leather, crystals and studs, she cut a defining figure on the runway. 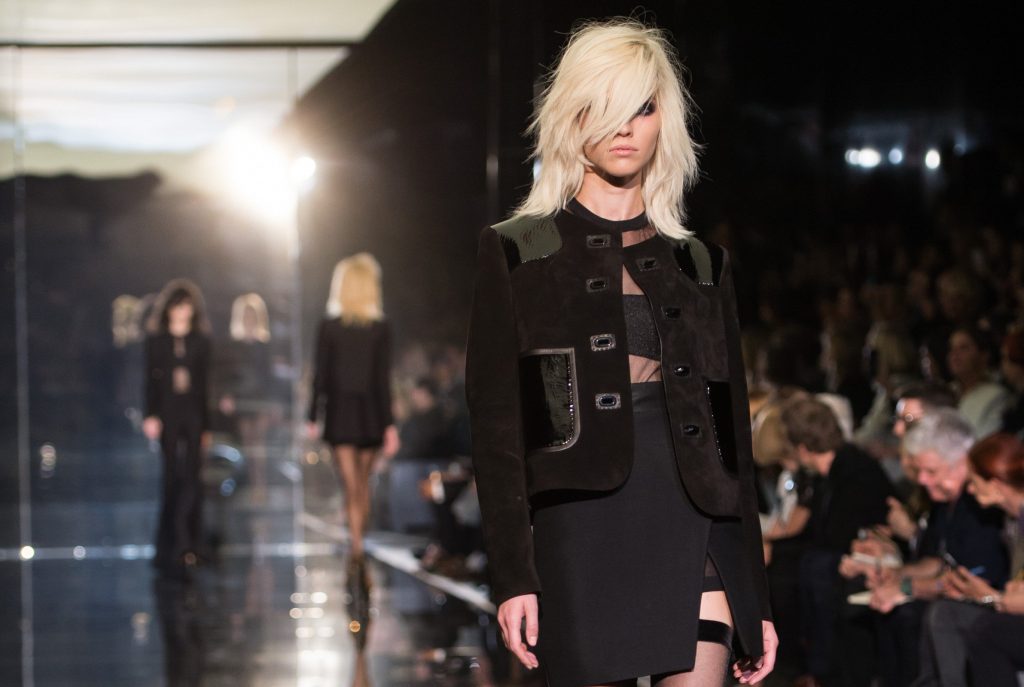 There’s an obvious argument for men who design for women – sex appeal. Tom Ford had that in spades during his show, however risqué the outcome. As did Olivier Rousteing who’s Balmain figure arrived sharp-shouldered and bandeau-wrapped. And then there’s Donatella Versace. An exception to the rule perhaps – shaping the Versace house with the echoes of the late Gianni.

Designers this season were as abrupt with their vision as they were with their clothes. Whilst rainy London didn’t quite have the sunset strip effect for Tom Ford, it did provide the backdrop to his last collection in the capital prior to his move to L.A next season. If Ford’s opening soundtrack to a dreary version of ‘Addicted to Love’ didn’t polarize the crowd, his clothes certainly did. With platform clogs that ensured his rail thin muses towered above their onlookers, Ford’s vision of a brazen band babe came to life in second-skin silhouettes, exaggerated retro flares and underwear as outerwear that leaned on the periphery of overexposed.

That message also found its way to Parisian shores. Anthony Vaccarello has never been one to quip the power of the female form. His signature leggy silhouettes and seemingly never-ending thigh slits recall vintage Versace – naturally derivative of Vaccarello’s position at Versus Versace, the Versace sister brand, shared alongside Donatella. This season Vaccarello took to self-branding by emblazoning separates with graphic slogans that wrapped around torsos and hips without restraint. It was a vibe similar to Donatella’s active woman for spring. Though she was slinked in modernist armour – take the colour-blocked cocktail dresses that tiered in cutout formations – the angular structure Versace inhabited elevated the collection from sexy to go-faster sporty. In comparison to past seasons, spring/summer 2015 felt fresh and wildly new for the house. 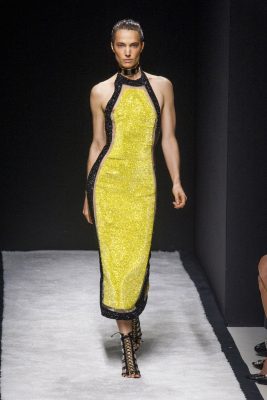 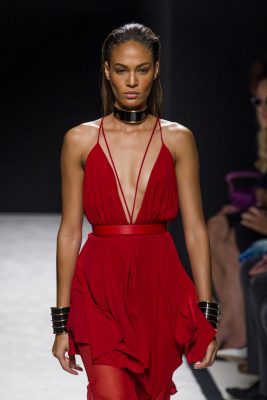 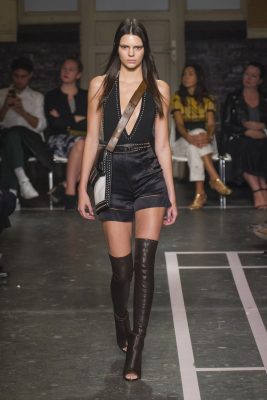 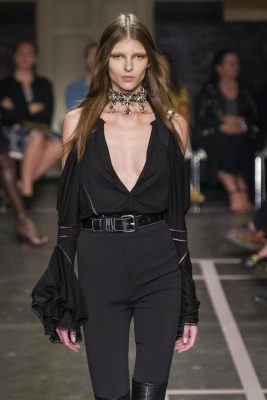 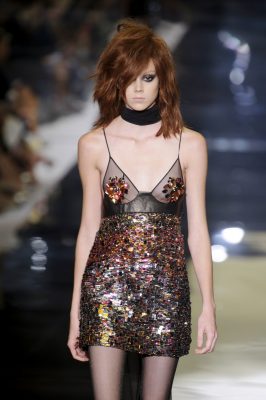 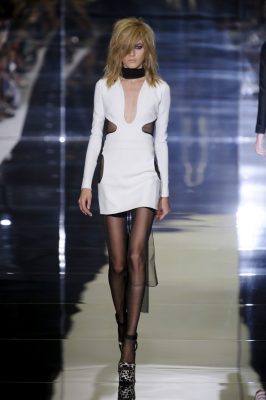 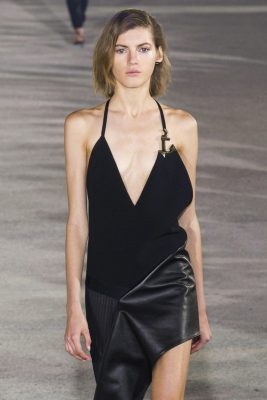 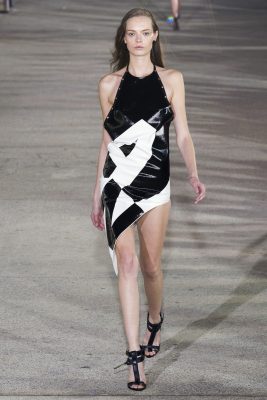 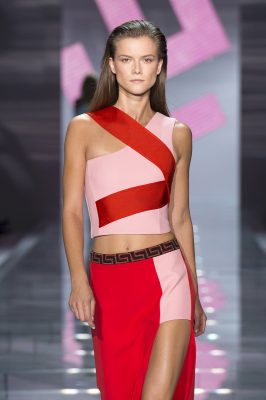 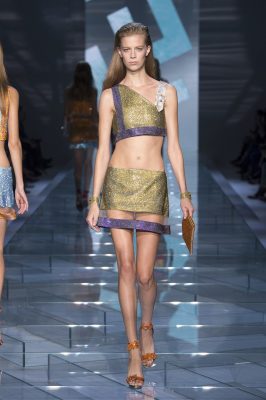 Newness was a definitive element to Riccardo Tisci’s gypsy embodiment at Givenchy. Tisci introduced a new type of sexy by interweaving gothic undertones with harsh gladiator silhouettes. His combination of studded leather with filigree lace paralleled the tough with the delicate, with models sporting thigh-high leather boots and bare skin. It was bold and confrontational, encapsulating all the ideals of a woman in control within a Givenchy fantasy.

It’s typical for a designer to create a world in which their woman inhabits. Olivier Rousteing in no stranger to this concept. Take apart his Balmain muse and you’ll find elements of the sexy and strong woman so associated with French fashion. This season he elongated those familiar elements with languid separates, incorporating a new type of fearless femininity to his aesthetic. The signature body conscious shapes were still present however, married with grid pattern bandage dresses and strict, sharp shoulders that felt inherently Balmain.

The underlining message designers projected was of confidence – it’s a vital message to convey given this season’s cautious approach. Whether the ‘real woman’ will adopt the same mindset remains to be seen.