From the iconic Annie Hall to the latest untitled project starring Kristen Stewart and Blake Lively, Woody Allen knows a leading lady when he sees one. 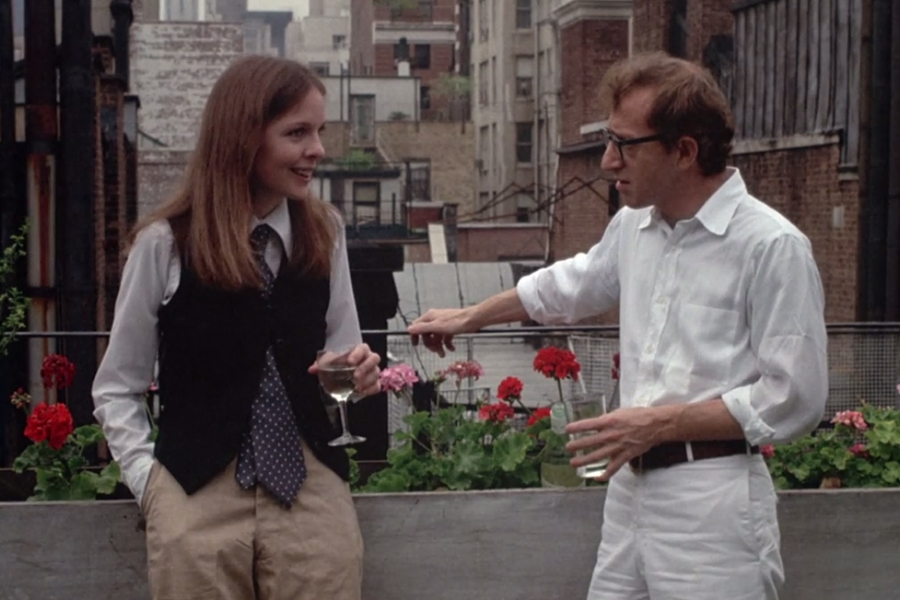 As one of Woody Allen’s most critcally acclaimed pictures, Annie Hall has become a cult classic for cinemagoers since its release in 1977. The romantic comedy garnered an Academy Award for best picture along with three Oscar nods, including a nomination for Best Actress for Diane Keaton as Annie Hall – a role specifically written for the actress. Keaton starred alongside Allen’s character, Alvy ‘Max’ Singer, a man trying to come to terms with the failure of his relationship with the film’s eponymous female lead. 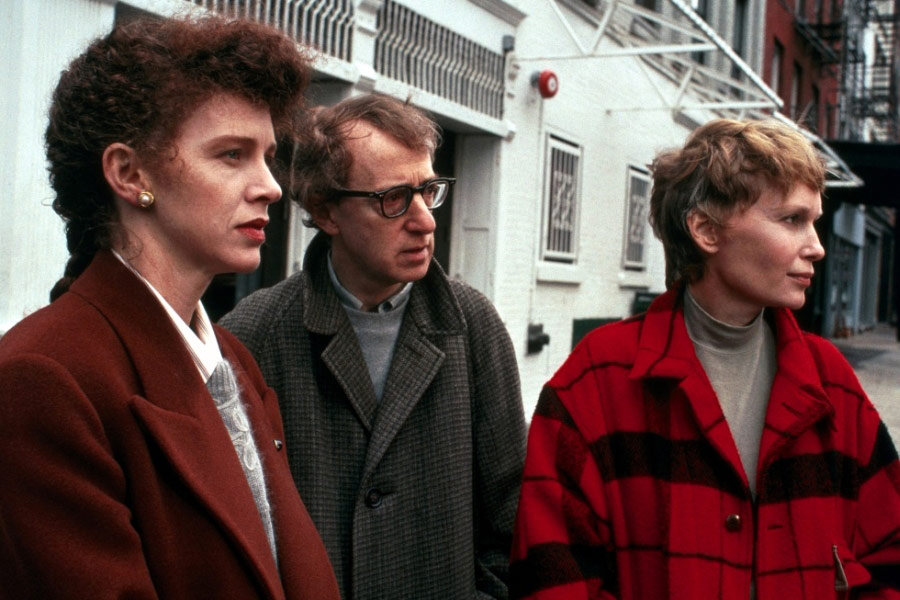 Judy Davis and Mia Farrow in Husbands and Wives (1992)

Another feature role for Allen came in the 1992 comedy, Husbands and Wives. Allen played the film’s lead protagonist, Gabe Roth, alongside female duo act Mia Farrow (Judy Roth) and Judy Davis (Sally). It debuted shortly after the end of Allen and Farrow’s romantic and professional partnership, and was their last film together to date. Davis was nominated for the Academy Award for Best Actress in a supporting role.

The Curse of the Jade Scorpion (2001)Helen Hunt 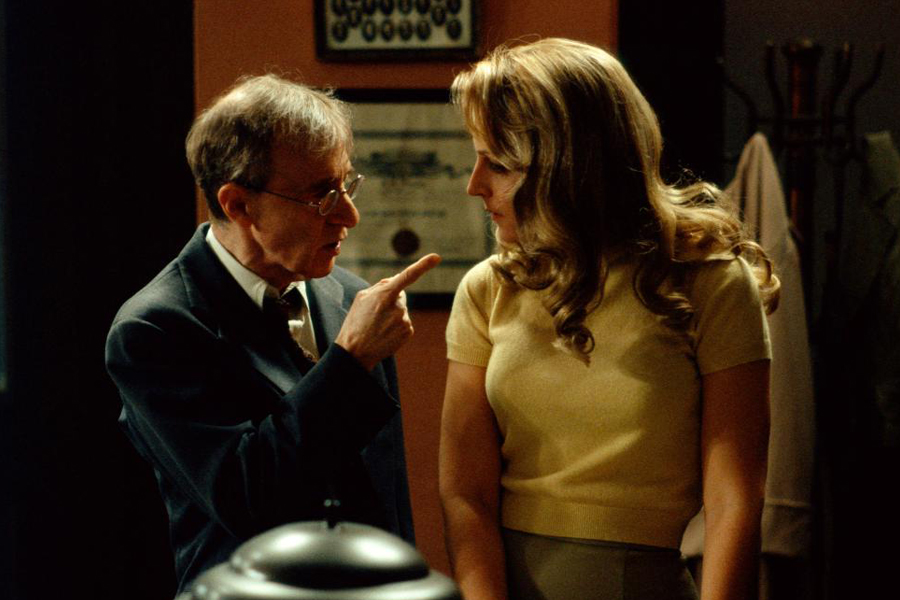 Helen Hunt in The Curse of the Jade Scorpion (2001)

A throwback to Allen’s earlier ‘screwball comedy’ films was the 2001 crime comedy, The Curse of the Jade Scorpion starring Helen Hunt as Betty Ann Fitzgerald. Once again Allen wrote a feature role for himself as C. W. Briggs, a highly succesful insurance investigator in New York City. The plot concerns the relationship between Briggs and Fitzgerald, an efficiency expert, in the midst of being hypnotised into stealing priceless jewels. 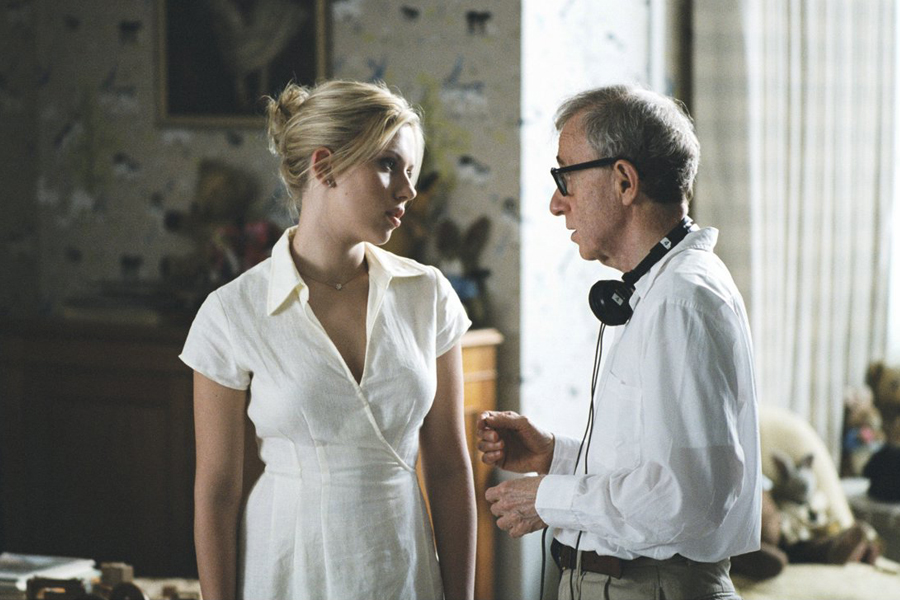 Allen referenced a similar plotline to his 1989 picture, Crimes and Misdemeanors in the 2005 drama, Match Point starring Scarlett Johansson and Jonathan Rhys Meyers. Centred around themes of morality, greed, and the roles of lust, the film’s lead (Meyers) threatens his social position after an affair with his brother-in-law’s girlfriend (Johansson). Match Point “arguably may be the best film that I’ve made,” the director proclaimed. The film marked Allen’s first legitimate return to form, and was nominated for an Academy Award for Best Original Screenplay. 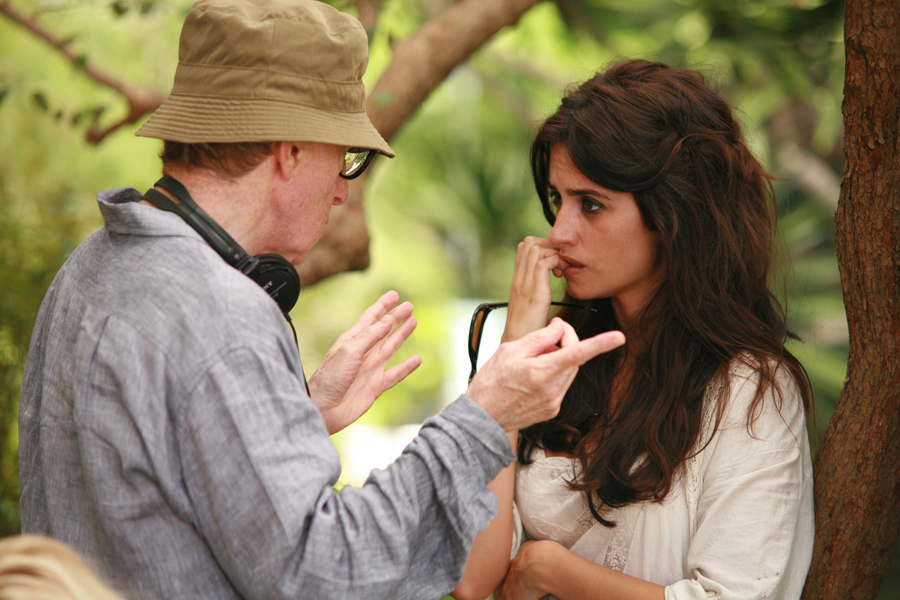 Vicky Cristina Barcelona (2008) was one of Allen’s highest grossing films, and featured a stellar cast including Oscar-nominated Javier Bardem, Academy Award Winner Penelope Cruz, BAFTA winner Rebecca Hall and Golden Globe nominee Scarlett Johansson. The film premiered at the 2008 Cannes Film Festival to critical acclaim and was nominated for four Golden Globe Awards including nominations for Bardem, Hall and Cruz for Best Actor, Best Actress, and Best Supporting Actress, respectively. The film was shot, incidentally, in Barcelona, and follows Vicky (Hall) and Cristina (Johannson) who happen upon artist Juan Antonio (Bardem) who is still entangled in a fiery relationship with his unstable ex-wife María Elena (Cruz). 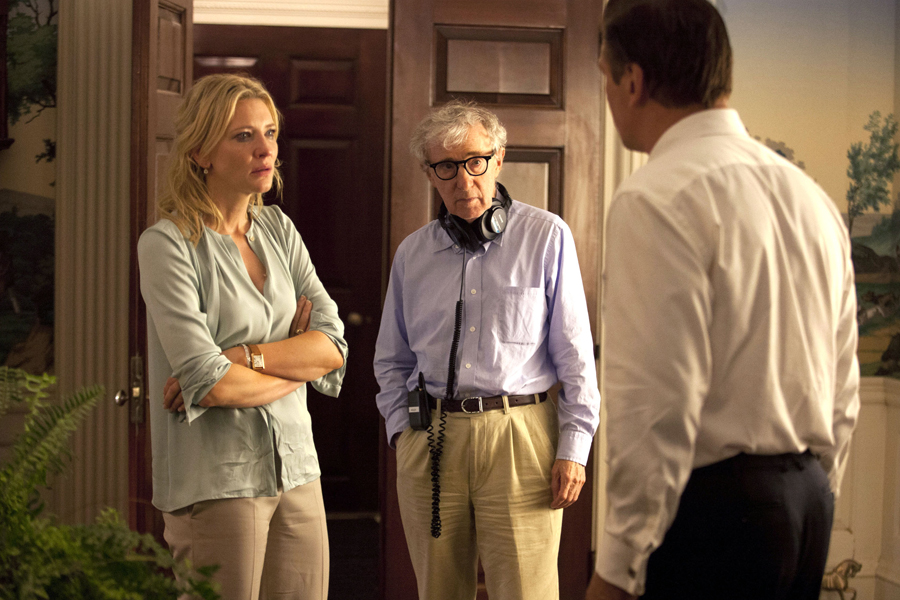 Cate Blanchett’s fearless portrayal of Jeanette ‘Jasmine’ Francis in the 2013 black comedy Blue Jasmine offered the Australian actress her second Academy Award for Best Actress. Blue Jasmine tells the story of a rich Manhattan socialite brought down to earth after her husband’s infidelity, forcing her to move in to her sister’s (Sally Hawkins) apartment in San Francisco. 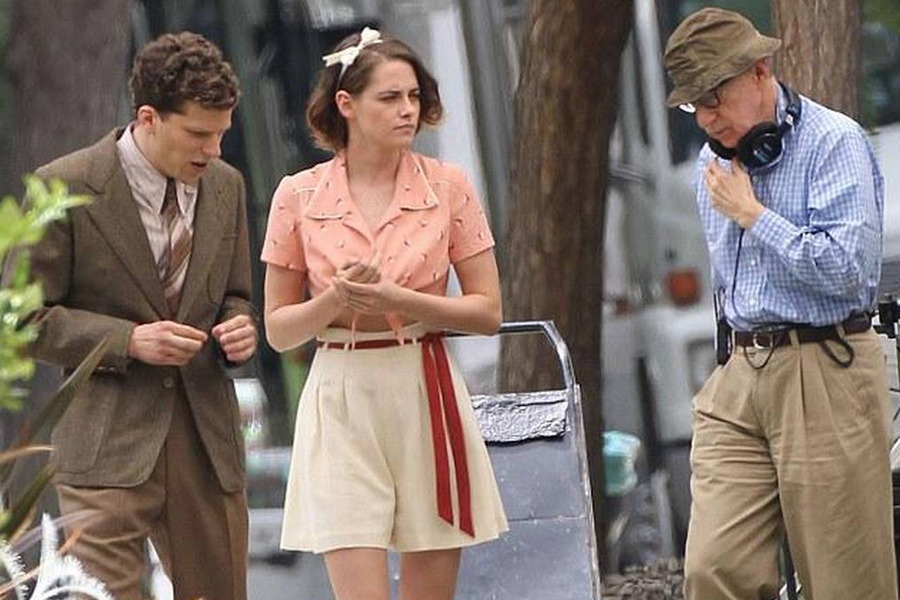 Kristen Stewart on set of the untitled Woody Allen project (2015)

Allen’s untitled project in the works will star another all-female duo in the form of Kristen Stewart and Blake Lively. Filming is currently taking place in New York and Los Angeles, and also includes roles for Bruce Willis and Jesse Eisenberg. Annie Hall was the last picture shot in Los Angeles by Allen, who’s been shying away from the city due to high production costs, and opting for international destinations like Paris, Rome and Barcelona.