This Is How Arab Artists Are Campaigning For #BlackLivesMatter

Since the brutal killing of black American George Floyd by a white police officer on May 25, the global outpouring of grief and fury surrounding his death has seen millions rise in protest, marching in cities across the world in support of the #BlackLivesMatter movement.

Caught on camera by shocked bystanders, 46-year-old George from Houston, who was unarmed, died during arrest by police officers in Minneapolis, where he lived. Arresting officer Derek Chauvin was filmed with his knee pinning Floyd’s neck to the ground for over eight minutes, a restraining technique banned by most police forces, followed by a further three minutes after George appeared unresponsive.

Universally condemned as the footage went viral, the appalling violence has highlighted the ongoing problem of police brutality against black people. The shocking death of George Floyd adds his name to the list of black people killed by police officers this year, including Breonna Taylor, Ahmaud Abury, and Iyad Halaq, the unarmed autistic Palestinian man who was shot dead on his way to his special needs school by Israeli police last week.

Inspiring tributes from around the world, an array of Arab artists including Shirien Damra have expressed their anger by creating works dedicated to George, and the many others who have died unnecessarily at the hands of police, in a bid to highlight the #BlackLivesMatter movement. 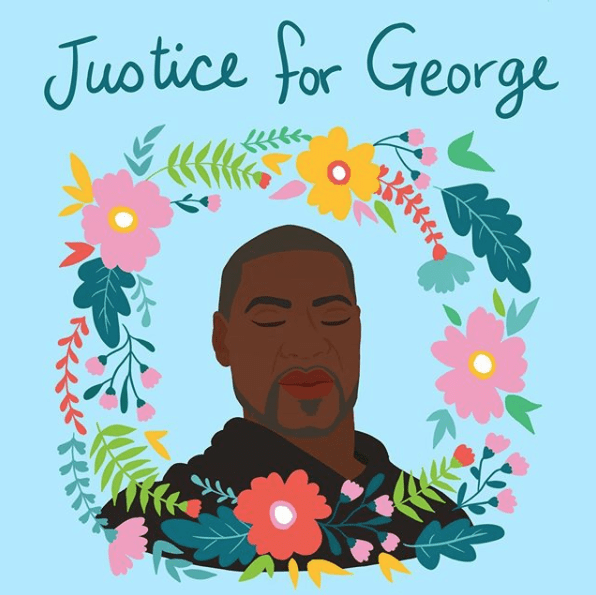 The work of Palestinian-American artist Shirien Damra is one of the most recognised pieces that has appeared online this week. A beautiful, brightly coloured illustration of George’s face, circled by a wreath of vibrant flowers, with ‘Justice for George’ written above, the illustration has been liked more than three millions times, and has had hundreds of thousands of shares. Posted to her Instagram account @Shirien.Creates, the caption reads, “Heartbroken, angry and disgusted. This must end. Much love and solidarity to Black communities grieving another beautiful life lost. May George Floyd Rest in Power.”

Her latest work is one of a handful of pieces the 33-year-old artist has produced as a reaction to the unlawful killings of black people in the United States. In February, she created a digital portrait of 25-year-old Ahmaud Arbery, who was gunned down while out jogging in Georgia by two white men claiming they were conducting a citizen’s arrest for burglary. A further artistic tribute was made for 26-year-old African American Breonna Taylor, an aspiring nurse, who was shot dead by police in her home in Kentucky at the end of March. 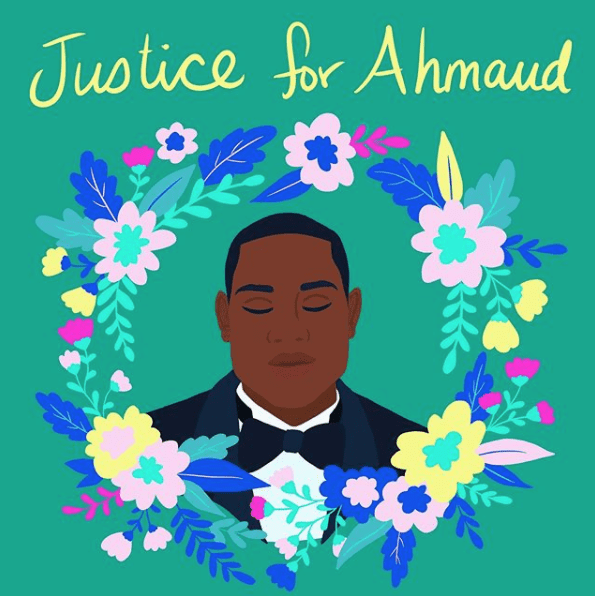 Painted on a wall of one of the many bombed-out buildings in the Syrian city of Binnish, Idlib, the mural of George Floyd created by artists Aziz Asmar and Anis Hamdoun draws comparisons to years of horrific violence witnessed by the Syrian people. “When we draw on the walls of destroyed buildings, we are telling the world that underneath these buildings there are people who have died or who have left their homes,” Asmar told The National. “It shows you that there was injustice here, just like there’s injustice in America.” The video footage of Floyd being slowly suffocated by police brought back painful memories of the war in his country. “As I saw him choking underneath the officer’s knee, I couldn’t help but think of the Syrian children who have died during chemical attacks. They were also choking.” 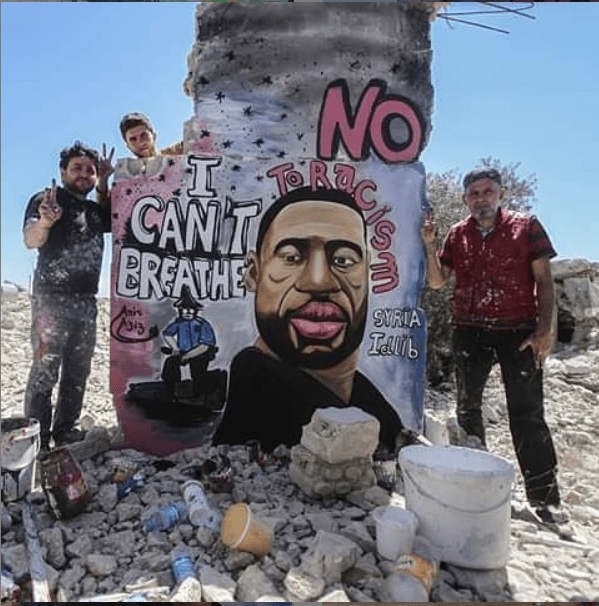 A mural of George Floyd created by artists Aziz Asmar and Anis Hamdoun in the Syrian city of Binnish, Idlib

Lebanese artist Nour Flayhan’s illustration of the recent protests in Minneapolis shows an American police officer being filmed, with the words “the whole world is watching.” “I created this illustration to stand in solidarity with black people, to say we are all watching across the world,” she explained of her latest work that tackles racism and police brutality against black people. 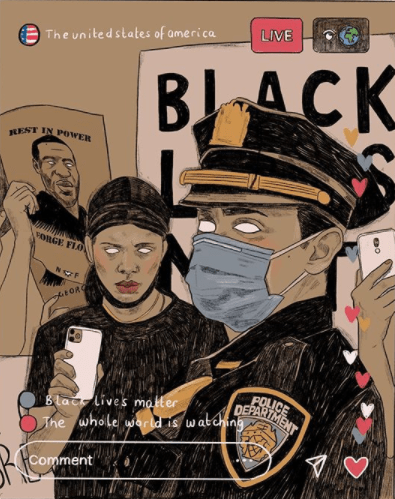 Jordan-based Palestinian artist Lina Abojaradeh’s (@linaabart) artworks draw parallels between the social injustice that African Americans and Native Americans face in the United States with the experience of Palestinians in Palestine. The 25-year-old’s most recent piece shows George Floyd wearing a disposable mask emblazoned with the word ‘Racism’, comparing the prejudice and intolerance faced by people of colour to the coronavirus that has decimated our society. “I hope this opens a deeper discussion and conversation about racism,” she says. “We as Arabs also need to have these conversations in our community.” 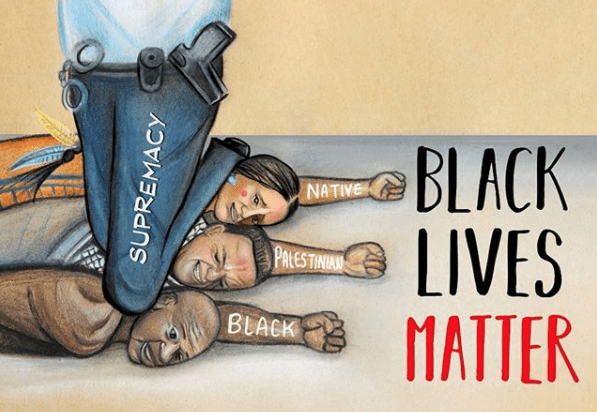 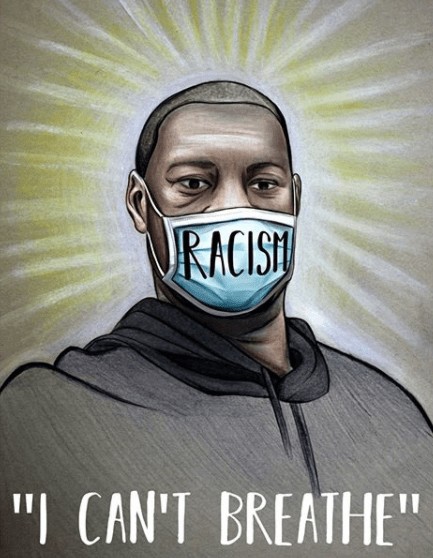 Marking a week since George was killed, billions of social media feeds yesterday showed black squares, tagged #blackouttuesday. Spreading from the music industry to social media on Tuesday June 2, major institutions around the world and countless individuals posted black squares, halting online activity to show the injustice of George’s death, and their support of the ongoing #BlackLivesMatter campaign.

Zeynab El-Helw On Navigating Motherhood In Style (And Loungewear)

Is Your Loved-One Facing Redundancy? How To Be An Emotional Support