Last year, the high jewellery house made history when they revealed Jake Gyllenhaal as the first celebrity face of the brand, starring in the Santos de Cartier watch campaign.

Known for role in the recent remake of the 1970s hit, Charlie’s Angels, Balinska is a rising talent at just 23 years old. The London-born actress joins Kristen Stewart and Naomi Scott in the iconic franchise film which is currently in cinemas. 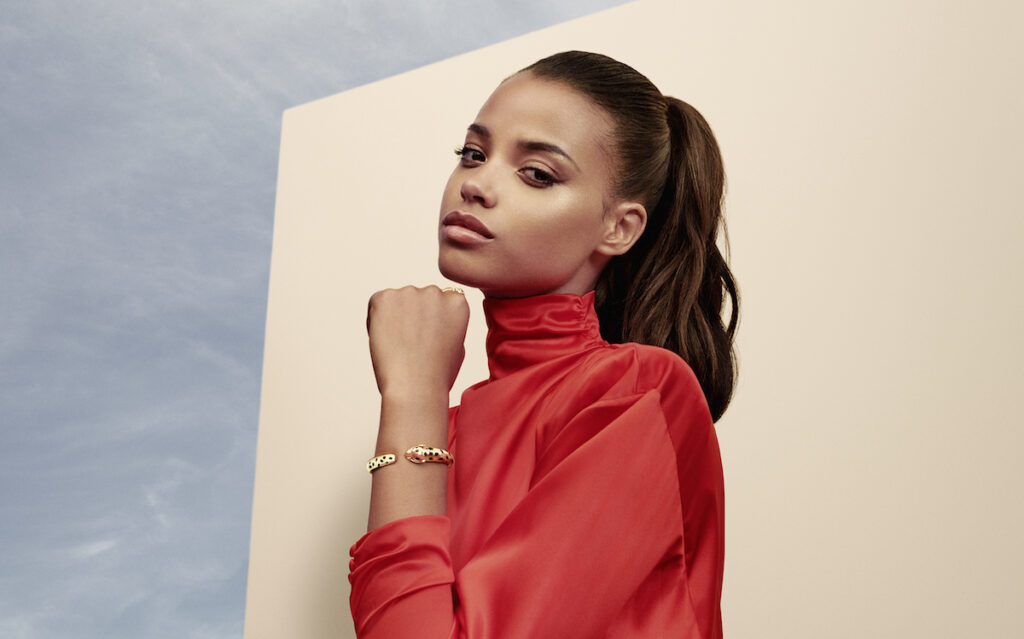 A graduate from the prestigious Guildford School of Acting, Balinska has also trained in martial arts at the Academy of Performance Combat — which made her role as an exuberant heroine in Charlie’s Angels, the perfect fit.

Balinska was chosen for her newest venture, as brand ambassador of Panthère de Cartier, due to her boldness and positive energy; demonstrated in both her personal life and in her performances.

Adorned in creations for the panther woman, a Charlie’s Angel is transformed into a Cartier champion…

To discover the latest line of Panthère de Cartier pieces, visit the Cartier Boutique at The Dubai Mall; +971 4 434 0434