The Louis Vuitton Timepiece for Only Watch 2019

For the sixth time, Louis Vuitton will take part in the biennial Only Watch auction to raise money for the Monegasque Association. The auction features one-of-a-kind timepieces made by the finest watch manufacturers to support scientific research on Duchenne muscular dystrophy.

Taking place on November 9, the auction will be held at the Four Seasons’ Hôtel des Bergues in Geneva, in presence of HSH Prince Albert II of Monaco. A supporter of the project since the beginning, the Prince continues to champion the Only Watch auction which has helped to raise money and develop research over the last decade.

For the 2019 edition, which sees Christie’s as the the auctioneer of choice for a second-time, Louis Vuitton has revealed a hand-painted dial created by Anita Porchet: entitled Escale Spin Time. 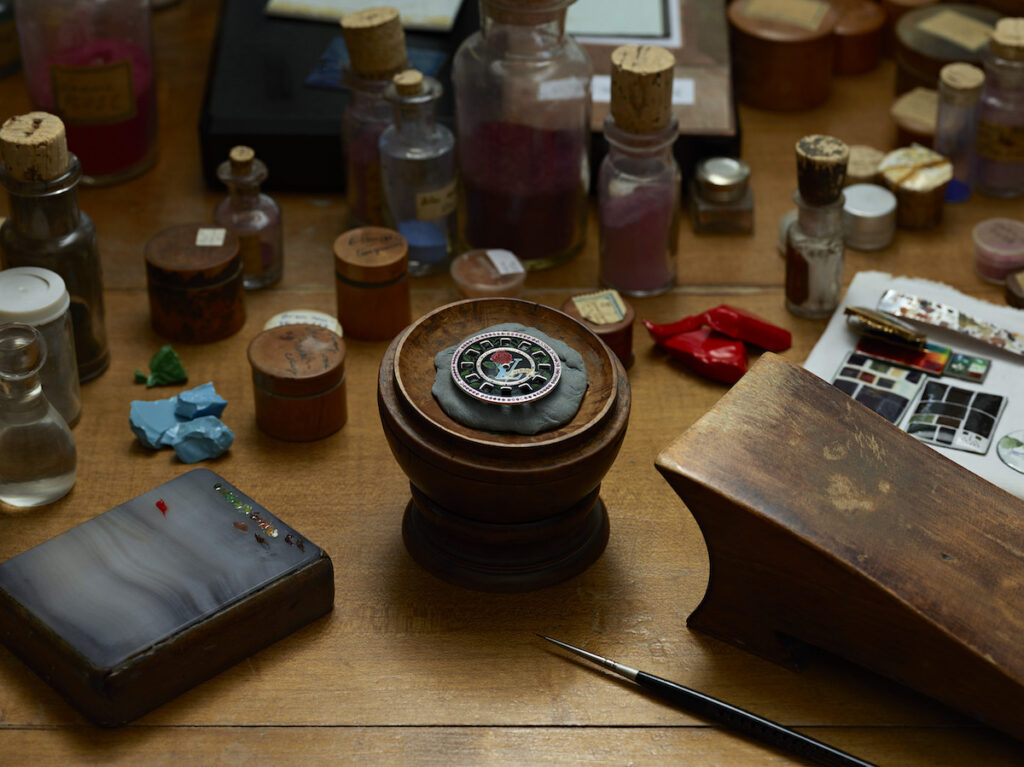 The design resembles detailed tattoo art, and took over 200 hours to make using complex traditions which have only been mastered by few artisans in Geneva: Grand Feu champlevé enamelling and miniature painting.

A tribute to traditional watchmaking and the craft itself, the dial features a white gold plaque, recessed by hand and covered with Grand Feu enamel. It is finished in three thoughtfully selected shades of enamel: black, turquoise and transparent, which bring out the floral design.

The timepiece is finished with an alligator strap (in black, red, green or white) and is  with an 18-carat white gold ardillon buckle set with diamonds. The special creation is presented in a custom monogram canvas keepsake case, which has also been painted intricately by hand. 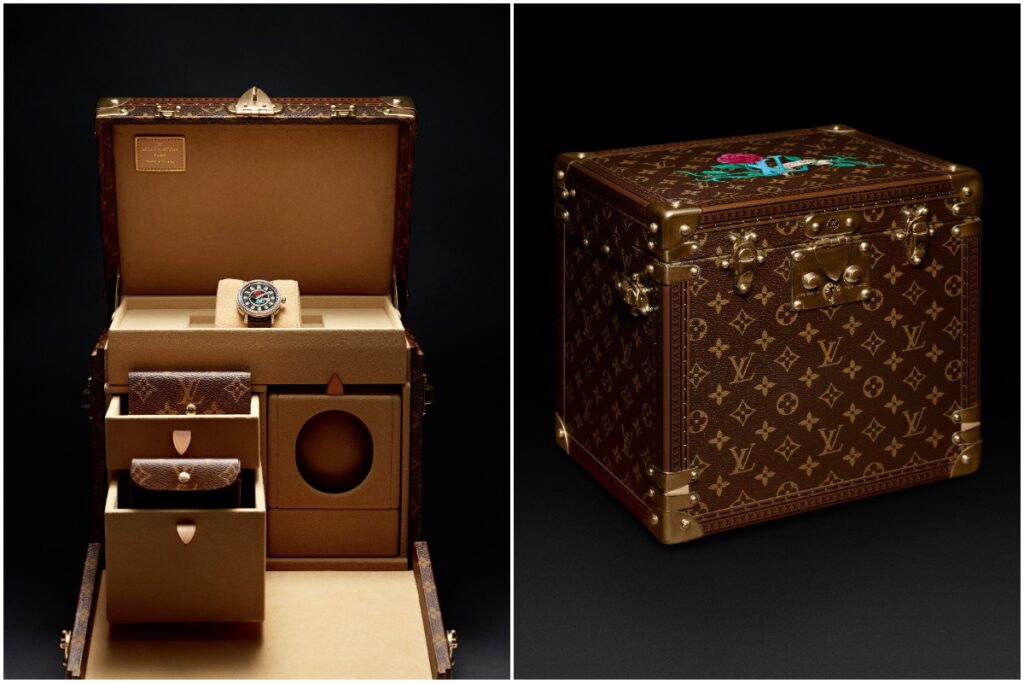 The Escale Spin Time watch will be auctioned on November 9 in Geneva at the Four Seasons’ Hôtel des Bergues under the auction hammer of Christie’s; Christies.com