Tom Ford capitalised on the star power in LA for the Oscars weekend, and kickstarted NYFW with a show full of West coast charm… 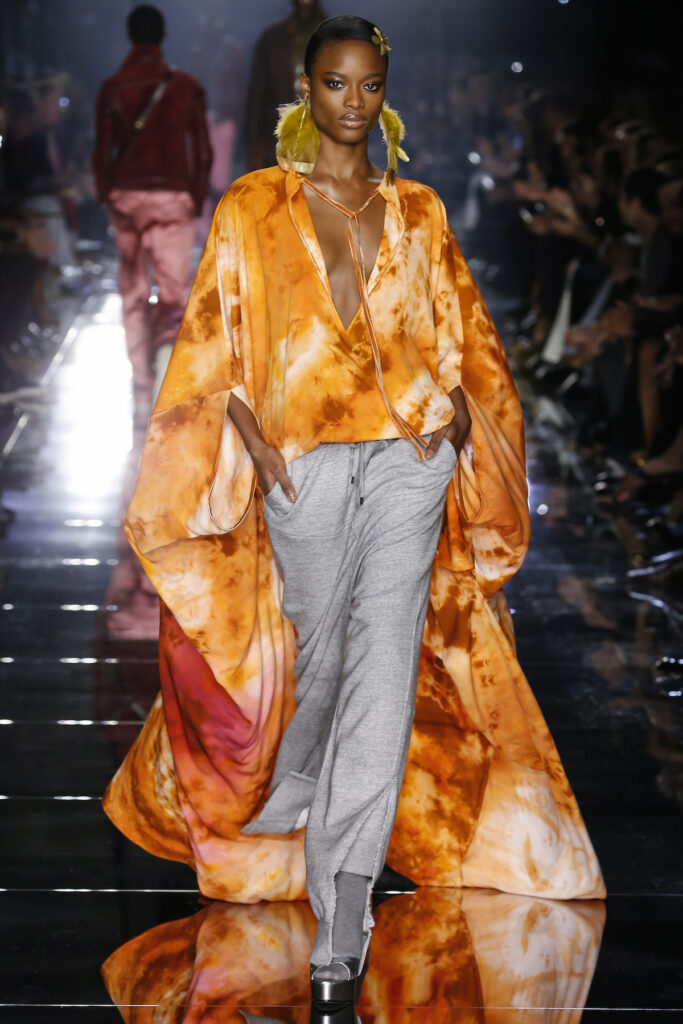 Reflective of the setting, the collection was, in Ford’s own words, “very L.A.” — there were cutaway dresses in crystal and lace, destined to be worn by one of the stars sat on the front row, brightly coloured tie-dye made for Malibu weekends and Coachella-style feathered earrings that fit perfectly into the California scene.

Inspired by a photograph taken by Bob Richardson in 1967, which captured Baron Alexis De Waldner and Donna Mitchell, the collection conveyed the L.A. vibe throughout with a chic, yet laid-back aesthetic. 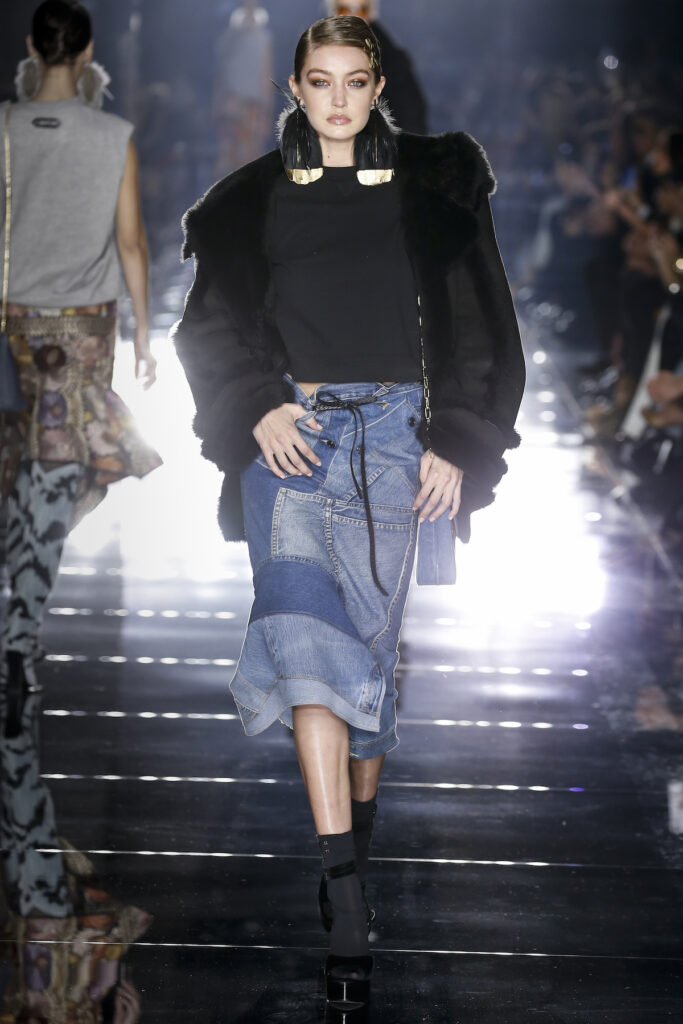 Spring’s love of denim returned in patchwork form via jeans and skirts which were paired with slogan tees and oversized jackets — showing silhouettes that were wearable, and yet still luxurious.

This easy-to-throw-on mood continued into as series of reinvented sportswear, as Tom Ford revealed sleeve-less sweatshirts elevated by houndstooth skirts and silver pumps, and tracksuit pants, worn with shows-topping tops that fell effortlessly to the runway floor. 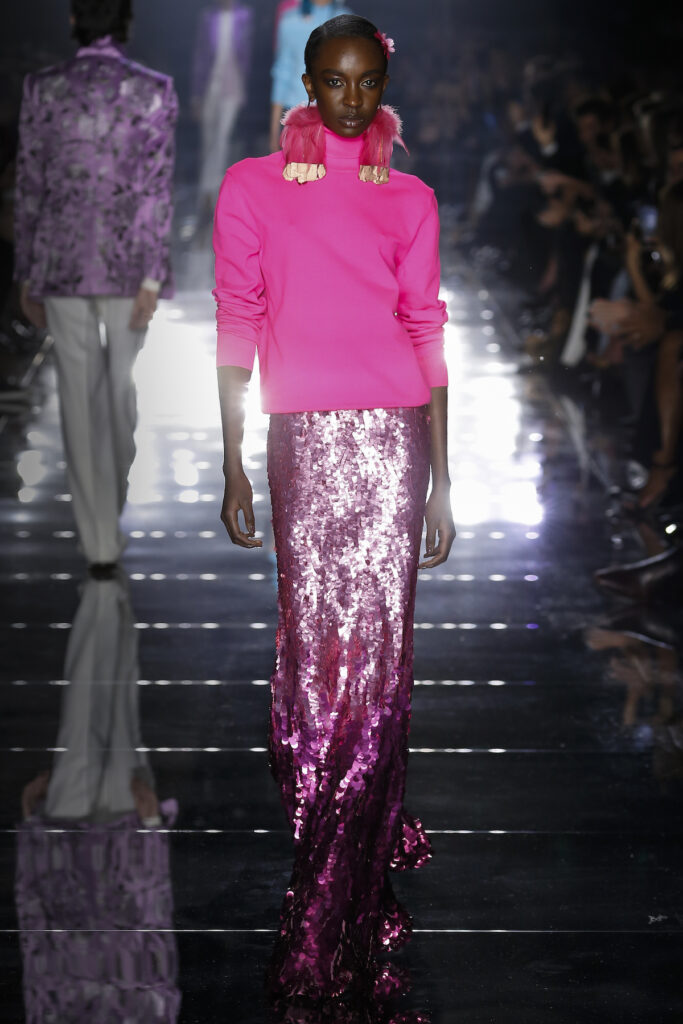 It was a show made for the star-studded clientele to take note with red carpet-ready looks, and for inspiration on what to wear after the after party.