For spring/summer 2020, Dolce & Gabbana have launched a campaign which explores two different Italian locations, which are both deeply connected to the house.

A continued source of inspiration for Domenico Dolce and Stefano Gabbana, the culture and history of Sicily are seen through a monochrome scene, and juxtaposed against the modernity of Milan, the city where it all began. 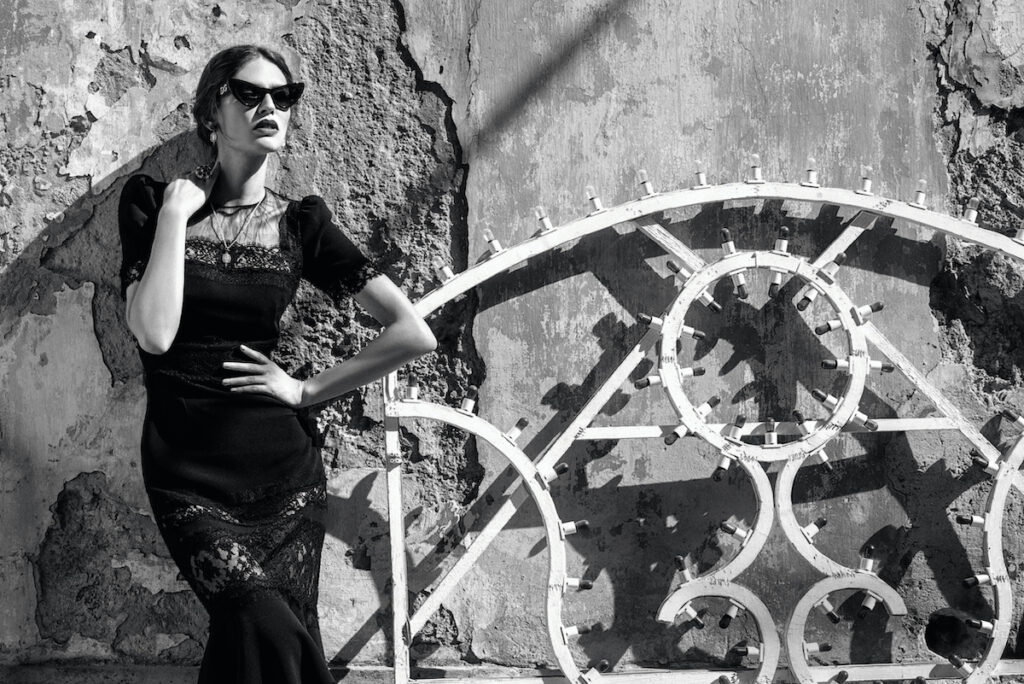 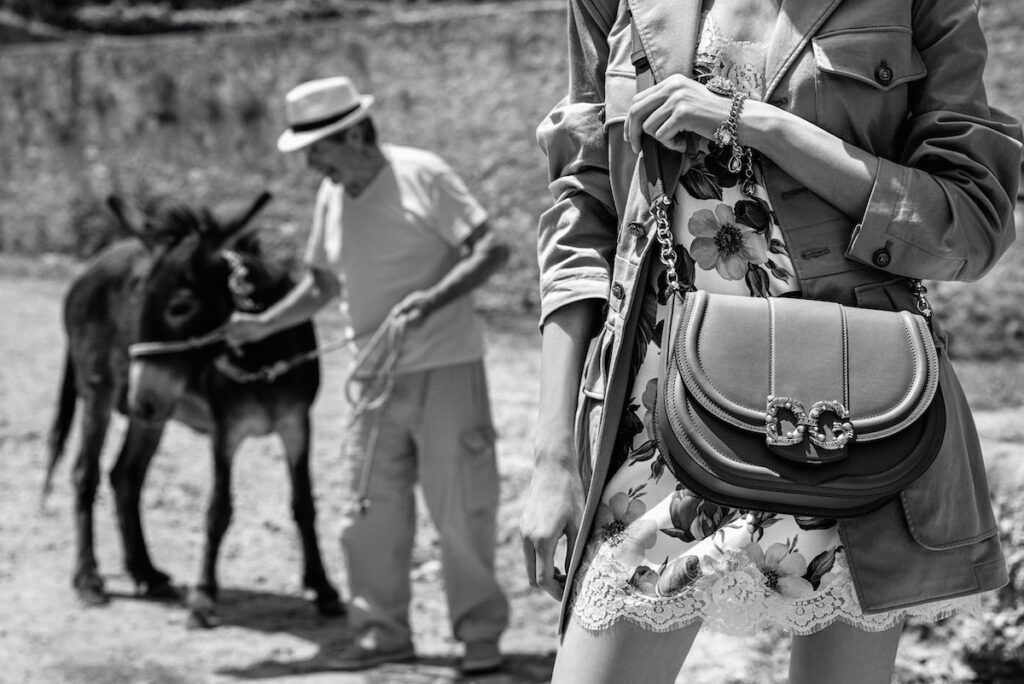 Captured by Salvo Alibrio, the first part of the SS20 campaign is set in Palazzolo Acreide, a traditional Sicilian town. The series of black and white images reveal the quaint charm of island life, as models mingle among ancient buildings and traditions, and slip into the nostalgic of a simpler life.

In contrast, the second part of the campaign showcases the bright and bustling streets of central Milan — where tourists and passersby peer curiously into the lens of Branislav Simoncik. Caught in the capital of Italian fashion, models express the joy of the collection, adorned in colour-popping ensembles that stand strong in the sea of people. 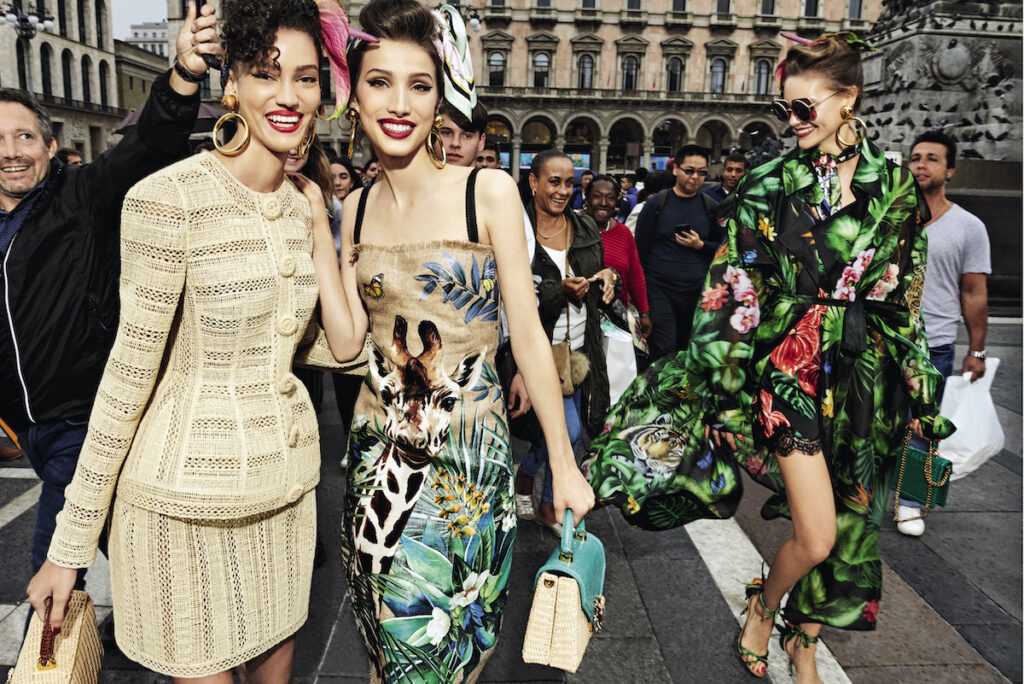 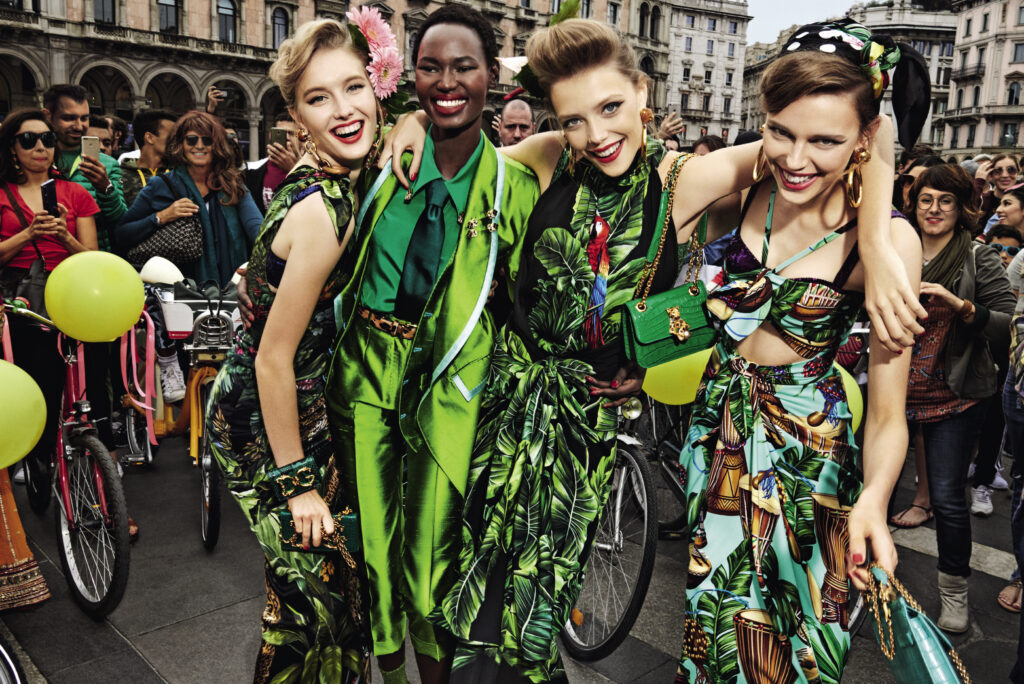 The campaign is journey through the spring/summer collection — offering an insight into the inspiration behind each strand of the line; from the tropical colours of the jungle-esque prints, to the sultry lace and all-black looks which retuned to the Dolce & Gabbana archives, it appears opposites do attract.