Each year, the timeless Lady Dior handbag is reimagined by artists from around the world in a concept entitled Dior Lady Art.

For the fourth edition of the collaboration, eleven creatives have put their stamp on the house’s quintessentially Dior bag — adapting the classic signature style into a statement piece of art.

One of the participating artists is Wang Guangle, a conceptual painter from China who creates abstract works in colourfulcutouts. Often playing with shape and texture, Guangle experiments with overlapping materials that create a rhythm of movement. 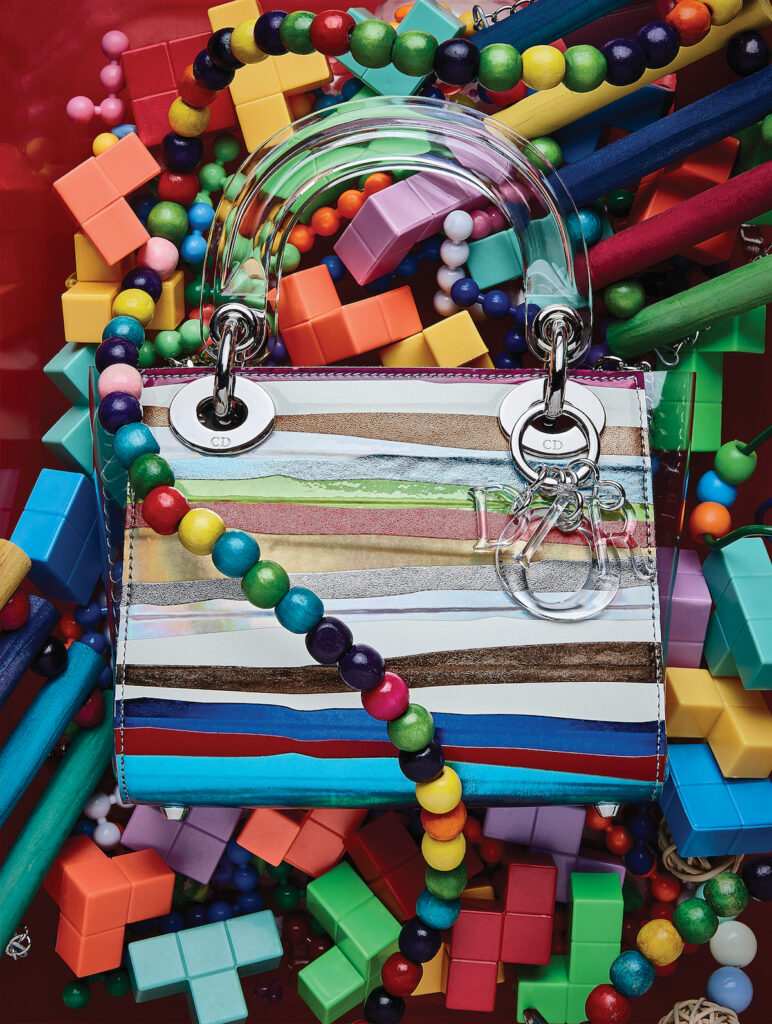 For Guangle’s take on Lady Dior, the artist referenced his Coffin Paint series which has been translated into handbag form. Waves of glossy leather imitate thelayers of the Earth’s surface in a colour spectrum that shits from sandstonered to cerulean blue.

Drawing inspiration from natural landscapes, the pattern imitates rolling hills against the sky or the sweeping tide of the sea, in a design that is offset by the transparent top handle and emblematic charmsmade in PVC.