A statement making sole for summer and beyond, Alexander McQueen’s flower heels are the blooms that will last forever.

Season after season, the natural world continues to be a source of inspiration for Alexander McQueen. Started by Lee McQueen and sustained by Sarah Burton, flowers are a key motif of the house and for spring/summer Burton was drawn to the wild beauty of endangered blooms. There were suits embroidered with artistic petals, a blue organza dress resembling a flax flower and shoes adorned with magnolia shaped heels; so delicate it looks as if you could be floating on florals. 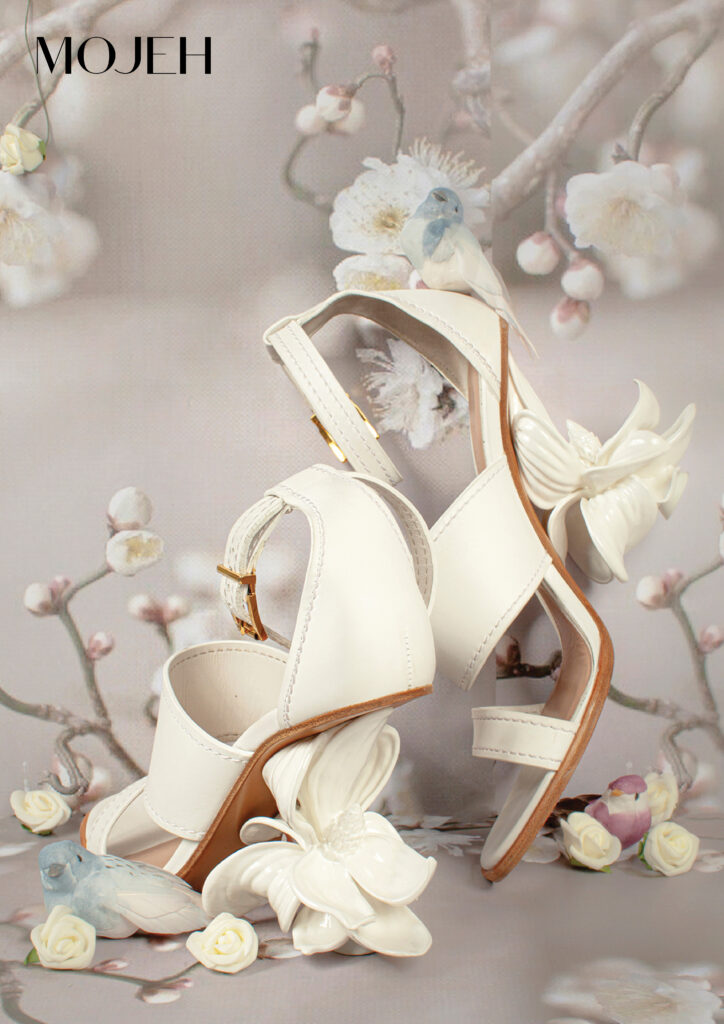 The precious petals are in fact sculpted, scanned and 3D-printed in resin (to naturalistic effect) to create a whimsical silhouette that is far stronger than it may first appear. Finished with straps in vegan leather, the heels give back to nature — whether in black, white or calico with dusty blue or rosebud petals beneath.

Pair the pretty soles with paper-light linens for laid-back summer appeal, slip on the shoes with a sleek tailored blazer and Bermuda shorts that show off the striking heel or place the shoes on a bookshelf, where they can admired as the work of art that they are: flowers you can treasure for life. 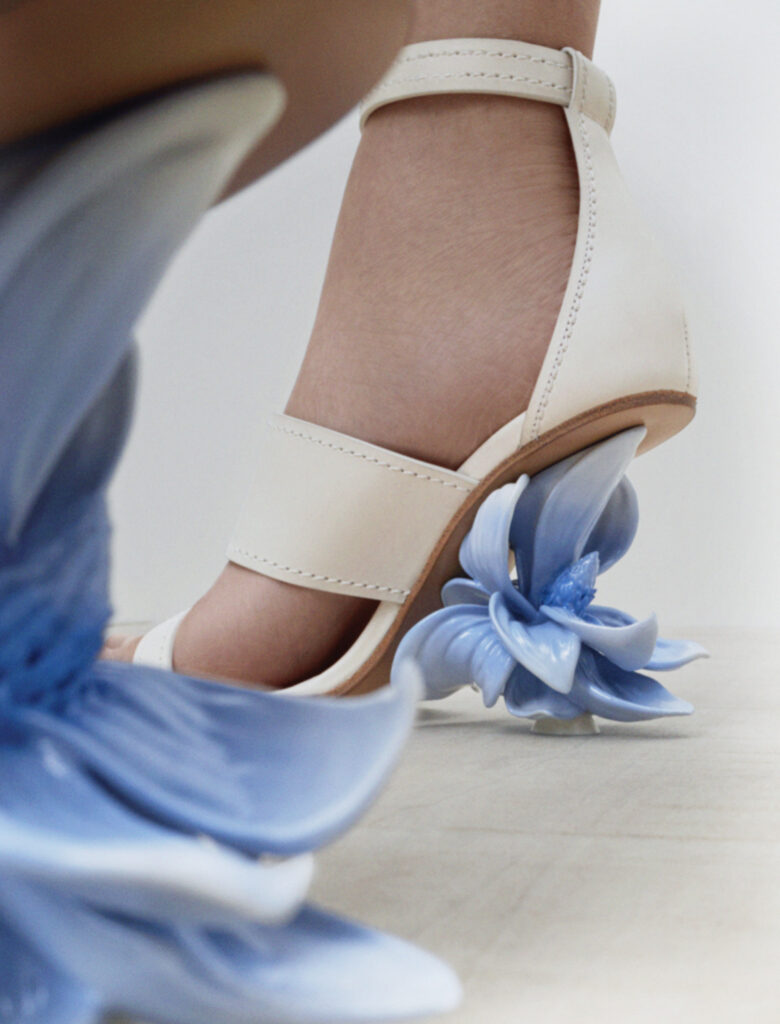 Read Next: The story behind McQueen’s endangered flower embroidery