Iran is known for many things, from beautiful architecture and luscious greenery to its Islamic art. But, as the country's relationship with the West begins to warm, focus has fallen on the city of Tehran and its burgeoning cultural scene.

The snow-capped mountains undulate high over the skyline. Skiers take to the slopes with ease as they glide down the glossy white icicle-packed powdery snow. Below them, archaeological treasures lay hidden. Vehicles shudder along jam-packed streets and a modern skyline rises amongst the hustle and bustle. Markets open, full of vivid enamel dishes, delicate painted jewellery boxes and scrumptiously sweet Gaz nougat. A modern Tehran we’ve heard so much about, but know very little of its reality, is unlocking.

Are young people positive about the recent changes in Iran? I ask Tehran-based food blogger Faridah Mosawi, faridahkitchen.com. “Yes, of course, if people view these changes in the correct way we will see a good change in Iran.” Tourists are flocking to discover the cultural riches of Tehran. And those with a particular adventurous spirit are in luck.

The implementation of the nuclear deal and the lifting of sanctions on Iran, as well as prisoner exchange, have dawned a new beginning between East and West relations. Previously, the British Embassy in Tehran had been closed since 2011 due to it being stormed by protestors. But now, British Airways have reinstated their direct London to Iran flight and the Foreign Office has declared it safe enough for travellers. The capital of Iran has now removed billboards around the city containing anti-American sentiments. The poster campaign, called A Gallery As Big As a Town, has instead put in place reproductions of works from world-renowned artists such as Picasso, Matisse, Van Gogh, Munch and Hockney. With thanks to a change of mentality, it could now be considered as one of the most stable countries in the Middle East.

Like opening a golden gate, Tehran has a lot to offer. The first thing that many tourists may find surprising is the style of its citizens. “According to the Islamic law women should wear the hijab. Despite this, women have their own style in Tehran. For example, many Iranian designers design unique clothes that are suitable for their culture and at the same time very fashionable,” says Faridah. Under Islamic law, Iranian women must wear loose-fitting clothing of dark colours, and a hijab must be worn to cover at least part of a woman’s hair. But the country’s recently elected President Hassan Rouhani is beginning to implement change with less strict codes. In March last year, the country held its first ever fashion week in the capital. Sadaf Tahvildarzadeh, an Iranian fashion designer living in Tehran, started creating her own designs around the year 2000, shortly after the Islamic Revolution abolished many of the Westernized fashions that flourished in the Eighties and Nineties. She’s definitely one to watch as the restrictions have been lifted. The Instagram account (Facebook and Twitter are banned) The Tehran Times is a glorious insight into the true style of the younger generations of the city. The Tumblr, The Tehran Times, edited by Araz Fazaeli (also an up-and-coming fashion designer) showcases captured moments of fashionable individuals on the streets of Tehran. Hijabs in bold colours and vibrant prints have started to appear. Fazaeli is determined to change the views of the outside world, telling the Atlantic Post: “They believe what they see in the news, and even though a lot of it is true, there is much more to see.”

There’s a wealth of culture to experience. “Good restaurants (to taste traditional Iranian food), old-style markets, monuments and museums. Finally, the hospitality of people in Tehran makes it special in comparison to other places. They are an affable and agreeable people,” says Faridah. Eating out is a main highlight of visiting Tehran – from the Moslem restaurant in Tehran Grand Bazaar, Kakh Restaurant in Fereshteh to the Chai bar and SPU in Darakeh – there’s plenty to pick from to experience a modern Iranian culinary treat. Many people who have previously visited the country speak highly of its welcoming people and great food. From devouring small green tomato plums coated in salted herb paste and bowls of local faloodeh (a lemon noodle ice cream) to Chelow kabab (rice served with roasted meat: barg, koobideh, joojeh, shishleek, soltani and chenjeh), there’s plenty of dishes to satisfy any traveller. The people of Tehran are also partial to a picnic or two. Lois Pryce, author of ‘Lois on the Loose and Red Tape and White Knuckles’, travelled the entire country in 2013 by motorbike. “You find that you just can’t eat any more food. It’s mad. I had heard Iranian hospitality was legendary, and it really is. There was none of the dour religiosity you usually hear about,” she told the Telegraph UK newspaper once she’d completed the adventure of a lifetime. “My bike is still out there with some wonderful people I stayed with in Tehran. I’m hoping to go back next year and visit the areas I missed,” she said.

The art market is booming. Again, with implemented changes, the National Museum of Art is now exhibiting works that were previously under cover. From Jackson Pollock and Mark Rothko to Robert Rauschenberg, the line up is quite amazing. Now worth billions, all pieces were originally bought in the 1970s under Shah Reza Pahlavi. He wanted to modernise the country and asked his wife, Empress Farah Pahlavi, to acquire the art. It is considered to be one of the greatest collections of contemporary Western masterpieces outside of Europe and North America.

The cultural sites of the city are also a must-see. Golestan Palace, comprising of a complex of 12 museums exhibits the wealth of successive Persian rulers. Sadly, many of the original buildings are no longer standing, having been torn down by various opposing parties. Inside, the Hall of Mirrors awaits, inspired by the Shah’s 1873 visit to Versailles in France, along with a Marble Throne veranda. Or – Milad Tower build in 2007 is the tallest tower in the whole country. It may not rival Dubai’s Burj Khalifa, it stands tall at 435 metres. With multiple viewing platforms, it’s ideal to see the city’s great views and mountainous landscapes that surround the city at sunset. The imperial palaces of Tehran are legendary. The Friday mosque, a Seljuk marvel of the early 11th century, with vaults of delicate bricks and domes of mesmerising perfection – a reminder of the architectural revolution in Europe of the Gothic era. Then there’s the 17th century Imam or Shah mosque with a dome covered in dazzling blue mosaics that create a haze of beauty, and the Sheikh Lutfullah mosque of the same period, a great jewel built by Shah Abbas for his own private use. Lastly, the striking modern building of the Azadi Tower has garnered much admiration. Now, Iran has 19 sites on the Unesco World Heritage Site list – the most of any Middle Eastern country – with two new additions this year of Maymand in central Iran, and the archaeological site of Susa. But just a stone’s throw away from Tehran are an abundant of awe-inspiring sites and places to see too.

But it’s the ski slopes that people love. In previous months Vogue has pondered: Could Tehran be the next Aspen? By claiming ‘Iran could become one of the most appealing ski destinations in the world.’ It’s easy to see why. Tochal, known as the ‘roof of Tehran’, lies at 3964 metres and offers keen skiers a resort laden with snow around seven to eight months of the year. According to the Telegraph UK, ‘outlining aims to attract 20 million visitors a year by 2025, generating up to $30 billion in revenues. Foreign visitor numbers are currently estimated at around four million.’ Tourists should still be aware and bear in mind that they must abide by Islamic law. And businesses are burgeoning too. AccorHotels, one of the world’s leading hotel groups, has been linked to two four-star hotels opening in Tehran by 2018.

Writing for the Telegraph UK newspaper in 2014, journalist Benedict Brogan described it: “Tehran is an exhausting, turbulent force, addled by pollution, insane traffic and extremes of wealth and poverty. It is surprisingly modern, its residents living off cashpoints and the clean and efficient metro system.” But it has more to offer than that. Have you noticed any differences in tourism, expats and the world’s view of Iran since the changes have been implemented? I asked. “It’s early days and more time is needed to see significant changes, but the people hope to see better results about the changes,” concluded Faridah. And change is coming. Persia’s wonders may be spellbinding, but modern Tehran, as it begins to open its treasures to tourists again and allow for a more free society, is endlessly fascinating. 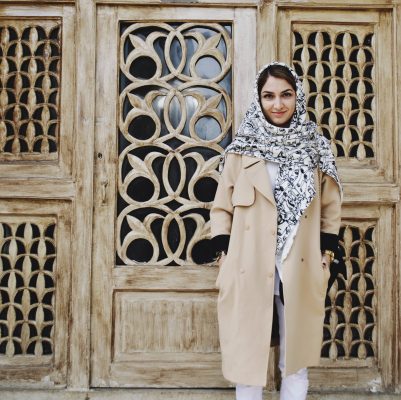 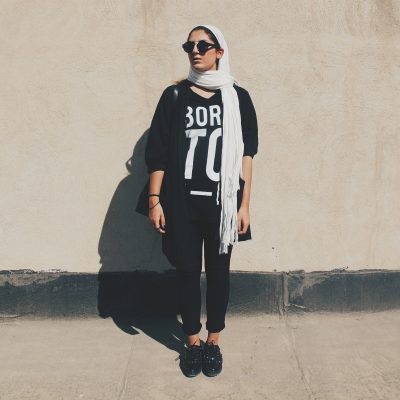 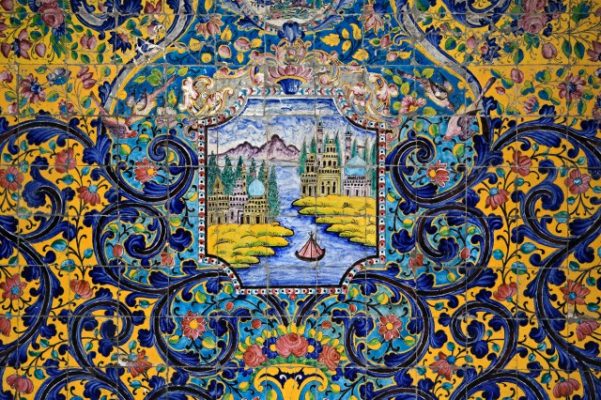 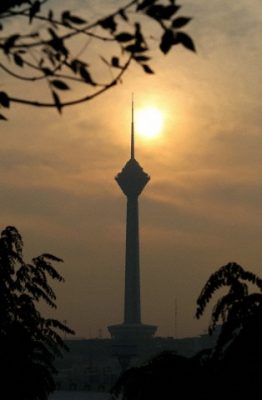 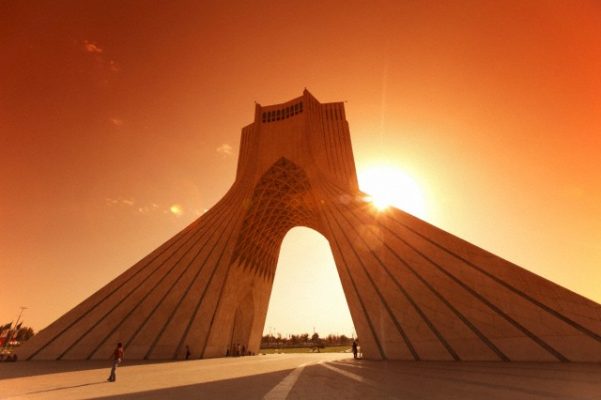 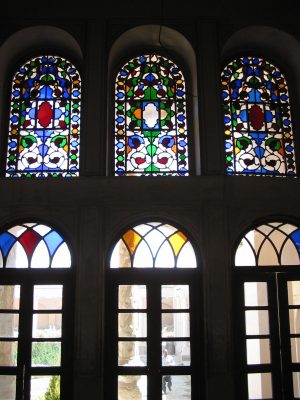 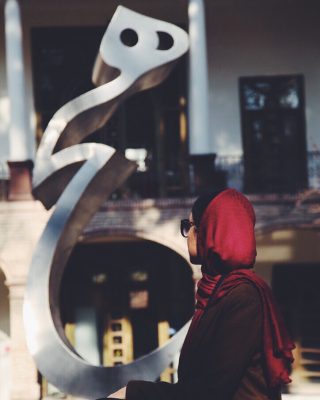 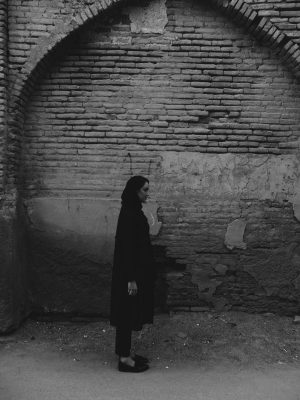 All images courtesy of Corbis and the Tehran Times blog.