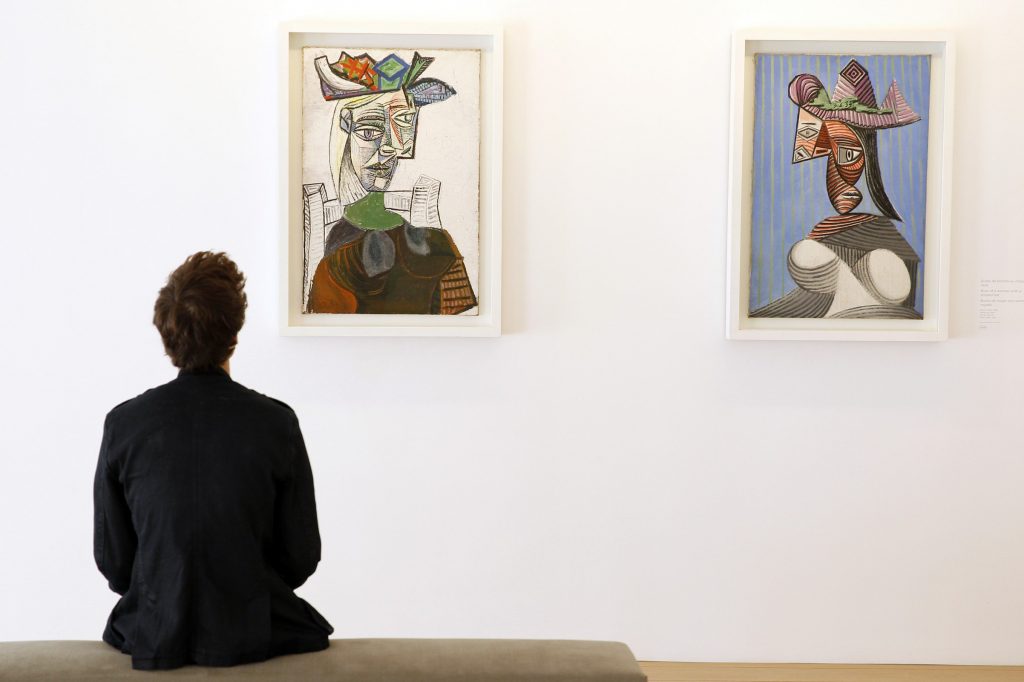 Growing up as the granddaughter of Pablo Picasso did not guarantee a carefree existence for Marina Picasso. She is the daughter of Picasso’s son, Paulo, from Picasso’s marriage to Russian dancer Olga Koklova – although Picasso had moved on from Olga long before Marina’s birth. Marina and her brother, Pablito, grew up in poverty, reliant on sporadic handouts from her grandfather. In her 2001 memoir Picasso: My Grandfather she recalls a man indifferent to his grandchildren whose second wife, Jacqueline Roque, would make them wait for two or three hours for an audience with him. ‘He drove everyone who got near him to despair and engulfed them,’ she writes. ‘No one in my family ever managed to escape from the stranglehold of this genius.’ 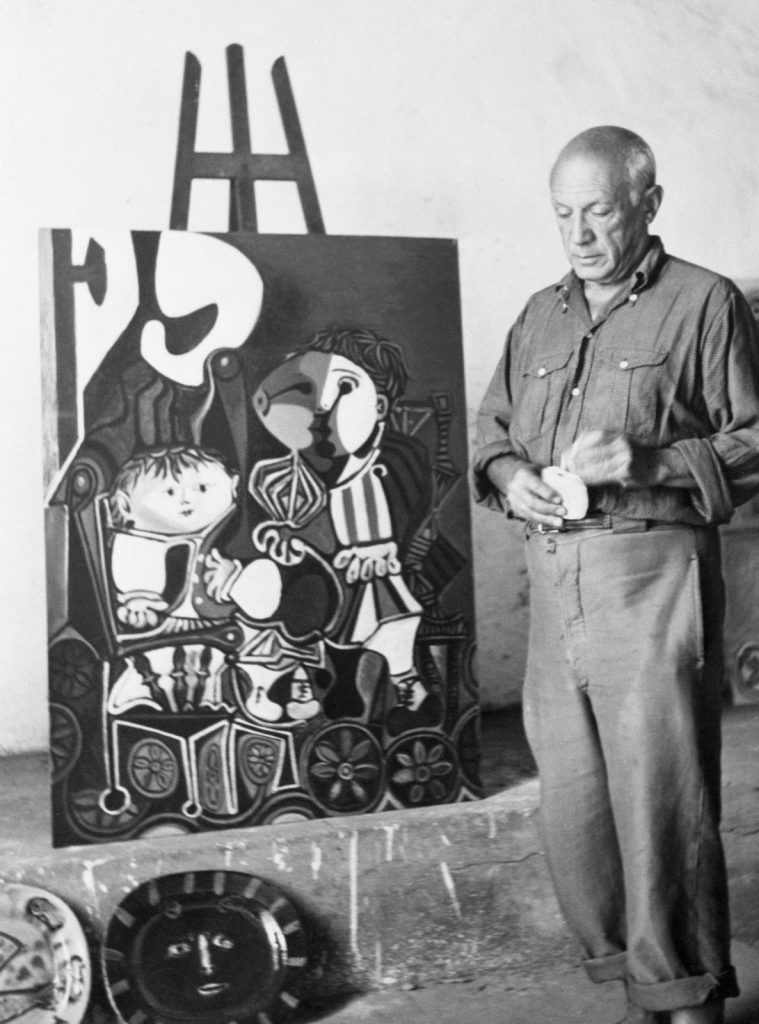 Pablo Picasso at his home in southern France. Photography by Bettmann/Corbis.

Amid devastation over her brother’s death, Marina inherited two tenths of Picasso’s estate, an inheritance that included La Californie (the mansion in Cannes that Picasso shared with Roque) but which she says was ‘given without love’. A feeling that may have something to do with her use of part of her inheritance for humanitarian works under the Marina Picasso Foundation. The right buyer was never found for La Californie and after restoration it became a museum and gallery dedicated to the artist and the location for her 2013 exhibition Picasso: Nudity Set Free. She also made some initial sales of Picasso’s work to buy back art that had once belonged to him, including some of his sculptures, a Balthus and a Matisse. An acceptance of sorts, Marina says that her hatred of painting as a source of her childhood unhappiness was overcome by separating in her mind the visionary artist from the man. 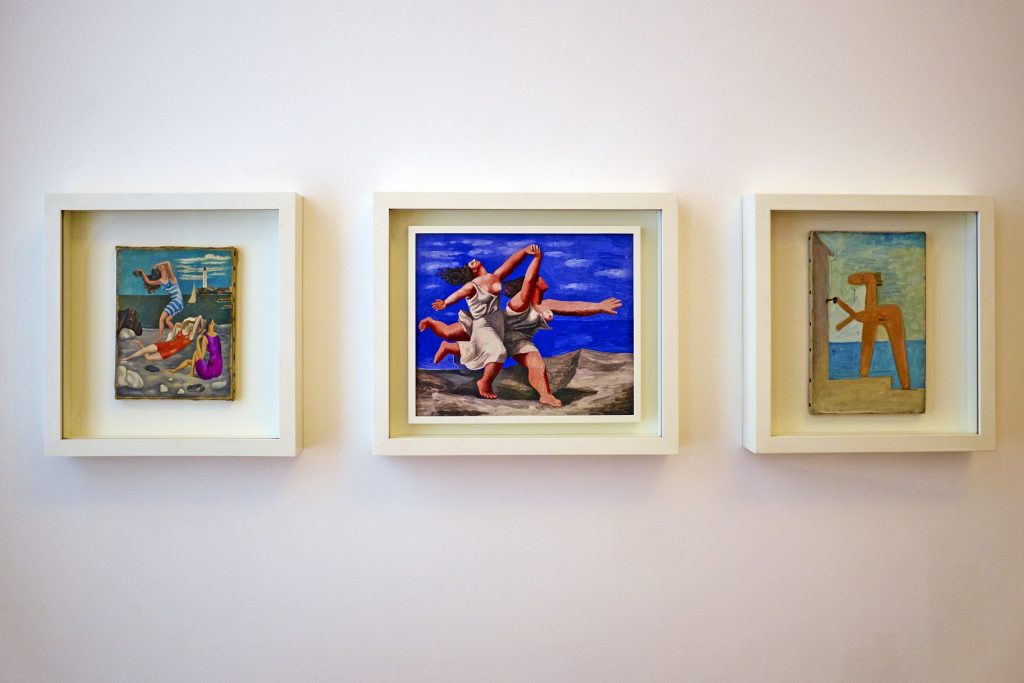 The Picasso Museum in Paris, France. Photography by Bruno Morandi/Corbis.

And now Marina will part with paintings from her private collection once more as it emerges that she may meet privately in Geneva with potential purchasers for seven of Picasso’s works. She will also offer La Californie for sale and with it the 1923 portrait of Olga Koklova that dominated its lobby for so many years. Portrait De Femme (Olga), the 1911 work Femme à la Mandoline (Mademoiselle Leonie assie) and Maternité from 1921 could each sell in the region of US$60 million. Perhaps Marina has further philanthropic plans for the proceeds of the sale or is simply continuing the process of coming to terms with her family’s chequered history in the shadow of artistic genius. Either way, Picasso’s legacy as one of the seminal artists of the 20th century will continue in the hands of those fortunate collectors in Geneva. 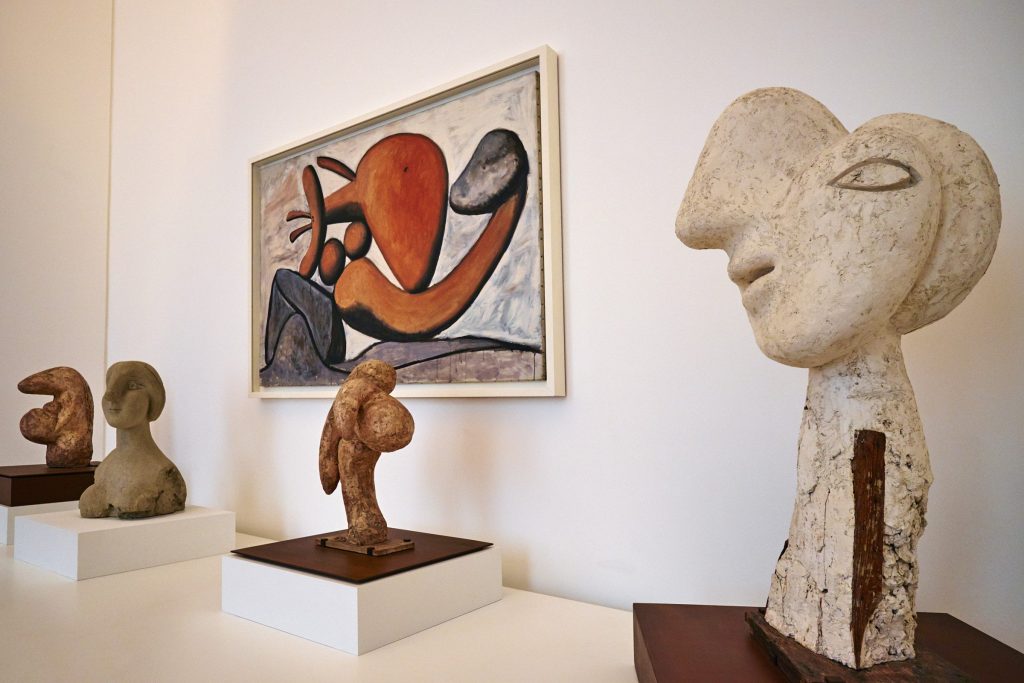 The Picasso Museum in Paris, France. Photography by Bruno Morandi/Corbis.