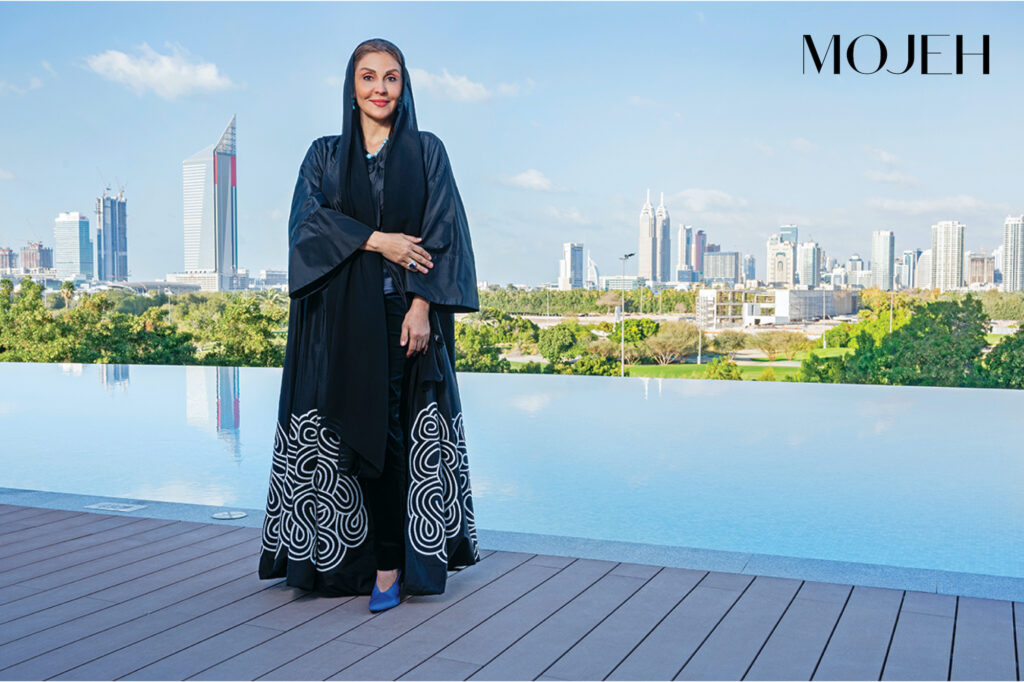 In honour of International Women’s Day, Arab women from three different generations tell MOJEH what feminism means to them, personally, regionally and globally

The last time Arab feminism was at the forefront of global perception was during the Arab Spring in 2011, when civil uprisings across Tunisia, Libya, Egypt, Yemen, Syria and Bahrain, coordinated on social media, saw as many women as men taking to the streets to protest social injustice – an umbrella term under which gender inequality falls.

Governmental reaction to the uprisings was swift, and, as the Palestinian sociologist and anthropologist Honaida Ghanim noted, “The January [2011] revolution in Egypt, which initially provided a great boost to female political participation, soon degenerated with chilling effects on women. The deliberate use of systematic mass assaults against women for political ends, and a reactionary, fundamentalist gender discourse came to the fore. This gulf between the progress made in feminist discourse and the feminist movement’s achievements on the one hand, and on the other, the revival of medieval attitudes towards women’s rights, came as a great shock to feminists.”

“The first judge I appeared before at family court told me I was a fine woman from a fine class of society and that I had better go home and look after my children,” laughs attorney-at-law, Diana Hamade. “The feeling was, ‘Why do we have a woman standing here in court before us?’ You know, later we became friends, but at the time I think it was overwhelming for a man not used to seeing women in their industry.”

Indeed, the outspoken mother-of-three’s first appearance in court might have raised eyebrows outside her family, but inside it, having been primed from childhood to be a lawyer like her father, it is a passion she has now passed onto her daughter.

“For me, feminism, I feel the term itself is outdated. The perception is of women who are anti-men and want to take men’s dues from them,” she says. “The terms I use are ‘inclusion’, ‘gender diversity’ and ‘equality.’” Clarifying, she adds, “The word ‘feminism’ is big, but what women are asking for is not feminism, they are asking for their basic human rights. Women deserve to be happy, satisfied, financially capable and able to sustain their life. I think of those as human rights.”

“Men and women are not paid equally,” states Dubai-based artist Kristel Bechara, with the matter-of-factness of one who has experienced the gender pay gap first-hand. Justifiably angered by a 2017 study by the University of Oxford, Is Gender in the Eye of the Beholder? Identifying Cultural Attitudes with Art Auction Prices, which revealed that female artists are paid 47.6 per cent less than their male counterparts, but far from being demoralised by its depressing findings, Kristel and 29 of her female contemporaries protested the gender bias by showcasing their work at Dubai exhibition Art Gap.

The twist? The women painted 47.6 per cent less of their canvasses because, well, if they’re not getting paid for it, why paint it? 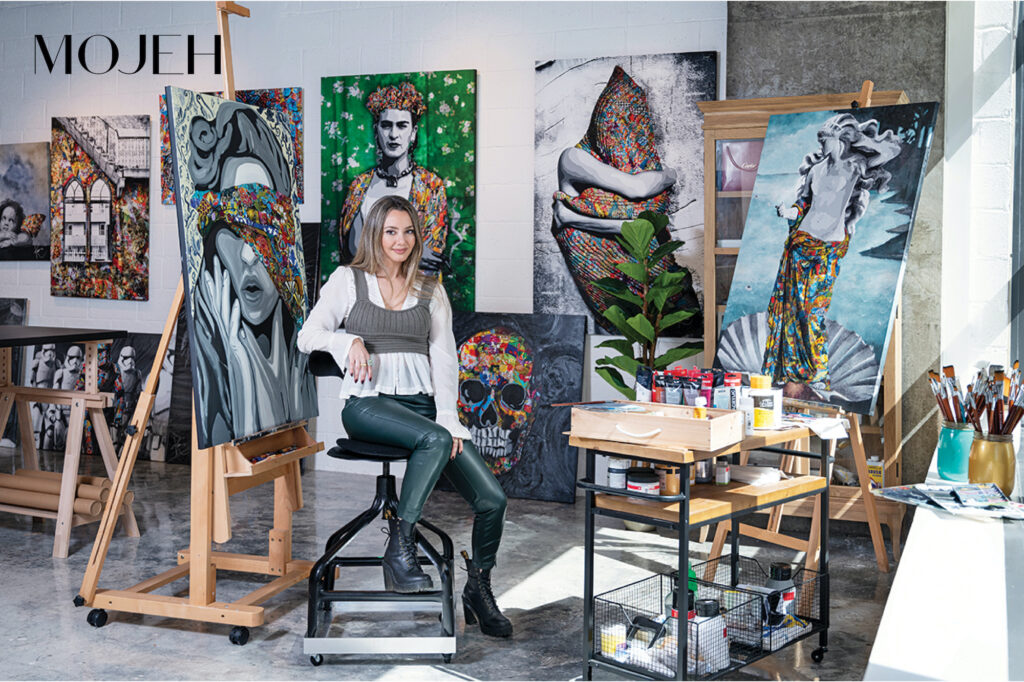 “It’s a huge gap,” says the Lebanese mother-of-two, who quit corporate life five years ago to focus on her art. “In different industries they are trying to close the pay gap, but in art it is almost 50 per cent less for women and it is unfair. In art you buy the piece for the piece, you don’t look at the gender of the person who created it, you look at whether you like it, whether it speaks to you. We are still not equal because buyers are judging the gender of the artist,” adding, “When something like a public mural needs to be painted, women are paid less than men to create it. With my work, people want bigger discounts, maybe in their mind it’s because I’m female they think I will yield, I don’t know…”

“In the Arab world, women are standing up for themselves,” says Diana. “It is evident there has been a serious movement when it comes to women in education and independence. Women I never expected in my life to come to me are asking questions about their family business, their finances and investments. Up until about 10 years ago you wouldn’t see a [Middle Eastern] woman go to visit a lawyer; women would shy away from asking questions because it wasn’t an option. Now women of all ages are asking advice about their fundamental rights. A woman owes it to herself to fight for her rights, whether financial or family – globalisation has made us more aware of such things.”

Indeed, the impact of globalisation on traditionally more inward-facing societies was a subject of discussion at last year’s Shubbak Literature Festival at London’s British Library.

“There are different versions of [feminism] and these can vary, depending on the political and social circumstances of a place,” says Saudi novelist, journalist and broadcaster Badriah al-Beshr. “You have to think locally and immediately – what are the most pressing issues [for women] in their immediate environment? Globalisation has enabled us to see what women are doing all over the world, so how can we adopt these versions and make them relevant to the circumstances we live in? It’s not just about replicating these models, we need unique versions of successful [Middle Eastern] women.”

More than fitting that description is 25-year-old Amira Sajwani, a Generation-Z voice and the Senior Vice President of Operations at DAMAC Properties. “I don’t believe in feminism per se, although I’m a huge believer in female empowerment and gender equality,” she says. “I’m all for equality, having the same norms, guidelines and expectations, but I also believe that men and women have different roles in society. That said, I fully support women in the workplace, especially in our region, where the idea of being so invested in society is so much newer.”

Of her exclusively female workplace, Amira says, “My personal office is all female; my PA, secretary, and a lot of my direct reports are female dominated. A man once told me, ‘Oh, I would never be able to have an office that was all-female because they’re too emotional, they wouldn’t be able to handle my stress. And I told him that I thought they handled my stress so much better because they understand it and are more empathetic. There’s also less of an ego issue with women; less of the, ‘She spoke to me like that, or she did that, or she’s younger than me and she’s my boss.’”

One thing in particular the three women all felt strongly about was dispelling the perception of the Middle East as a patriarchal society, with each praising their fathers for encouraging them to achieve their goals. 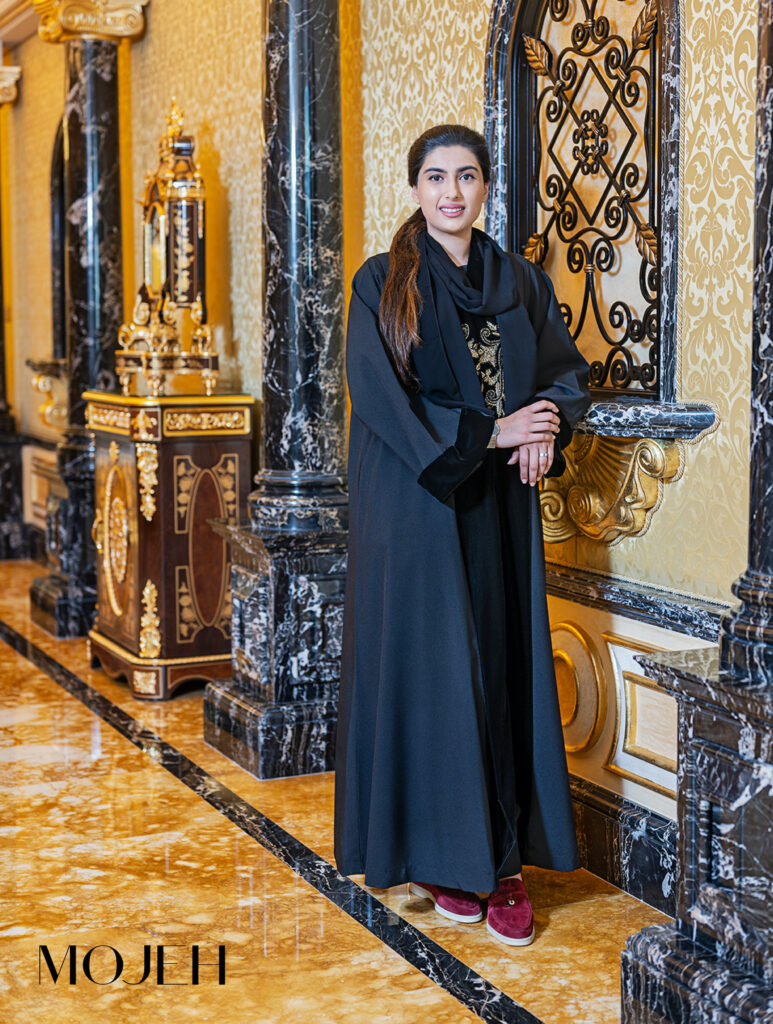 “A father can either really push you, or he can pull you back and give you the feeling that you’re less than the males around you,” says Amira. And Diana admits that her forward-thinking father “foresaw my life, knowing that one day I would thank him.”

“Before I studied abroad, I used to think the Middle East was a patriarchal society, that the region was more closed- minded,” admits Amira. “But two things changed that for me. In the past couple of years I have seen so many initiatives taken on by His Highness Sheikh Mohammed bin Rashid Al Maktoum in terms of gender equality and women in the workplace, which I think are amazing. I think we’re seeing a domino effect across the entire region, with women in Saudi Arabia being allowed to drive, for example – it’s a step in the right direction. The other aspect was studying abroad. It made me realise equality is a global issue, not a regional one. I have friends in London facing issues to do with equality. It’s not a matter of region, it’s a matter of mindset.”

And how do the women view their courageous sisters who paved the way for equality over the past hundred years? “We can never underestimate the women who have come before us,” says Diana. “As young girls, we read about those women, such as the Pankhursts in England, and we owe them so much. I grew up in the UAE and went to school and university with local women as my teachers, and I never forget how challenging it was back then for them to be teachers. They’re now in their sixties and seventies, and for me it was those women who took those steps for the rest of us, and I applaud how courageous they were.”

“Have I ridden the wave of feminism?” ponders Kristel. “I have definitely benefitted. We’ve came so far. I feel all this is shifting, and maybe in five to ten years this won’t be the case anymore and we won’t be talking about feminism, equal pay, hours of work or who is at home with the kids, because it will have been achieved.”

“Without those women we wouldn’t be where we are today,” agrees Amira. “When we think that one person can’t make a change, that’s not true; one person can make a change either for themselves or be the change for somebody else. You know, I think that’s something that my generation is very keen on, that feeling of ‘I need to do something with my life.’ We’re no longer content with the whole ‘study, work, get married, have kids, have a family and settle at home’ path that’s been trod before. We’re more open to the idea that because of where technology has taken us, the opportunities we have and the global platforms that are available, it’s become harder to allow the norm to take over. Change is not limited to dedicating yourself entirely to one thing, it can be about the little things you do on a daily basis that can have a domino effect – you can be the ripple that makes the wave.”

The Rise Of Female Activism In The Muslim World

Earth Day: Nick Nuttall on Climate Change in a Time of Coronavirus