Draped in swaths of ivory, Salama Khalfan has undeniable presence. Elegantly perched on an impossibly plush stone-grey sofa, she sports ebony curls and glossy fuchsia lips, as well as stacks of sparkling rose-gold rings and bangles. Her neatly manicured maroon-coloured nails absentmindedly fiddles with them during her conversation with MOJEH.

The Emirati jewellery designer won the Best Daywear jewellery prize at the third edition of the Ebda’a Award held in Abu Dhabi. “I’m someone who believes that everything is possible,” she coos. “My father was an inspiration to me growing up, and he inspired me to pursue my education and be determined about it, to take a leadership role within myself.”

Towards the beginning of last year, Khalfan founded her own bespoke jewellery business, Alezan by SK, during which time she revealed her stunning debut collection that was titled Artalana and inspired by the Ottoman Empire. “I wanted to venture into jewellery because I had always loved gold,” she smiles. Since childhood, Khalfan has had a fervent love for art and design. “Even as a five-year-old child, whenever my father would ask me what I wanted, I never asked for toys – I would ask for gold!”

She laughs, “’Get me a dress of gold,’ I would say, and his mistake was always saying yes… I wear jewellery in the morning, at night, and I even go to sleep wearing it! It makes me happy.” As a young girl, Khalfan was an avid painter and a fan of mediums such as gouache and oils. However, as she got older, the allure of beautiful objects and timeless glamour became irresistible. Her interest in design and jewellery manufacturing led her to pursue a formal education at the Gemological Institute of America.

An international show jumper, Khalfan’s passion for equestrian sports and horses heavily inspired her creations from the get-go. Her stunning pendants, wraparound straps and earrings often feature extraordinary motifs that allude to the majesty of Arabian horses.  “I worried that once the business grew, I wouldn’t have enough fire and drive to deliver consistently and periodically,” she admits, “which is why I chose to design jewellery that is inspired by horses. It’s a subject I’m so passionate about that I could never run out of creativity with it.”

Her intricately-set designs and precious gemstones exert strength, grace and elegance – not unlike Khalfan herself. A highly-skilled jeweller, each creation is bespoke and personalised and – in line with her philosophy and vision – every piece is timeless and meant to last for many lifetimes to come. Despite her company’s current success, in the early stages after she made the bold decision to dedicate herself to Alezan by SK, she faced many challenges, which she describes as, “mostly from within”. 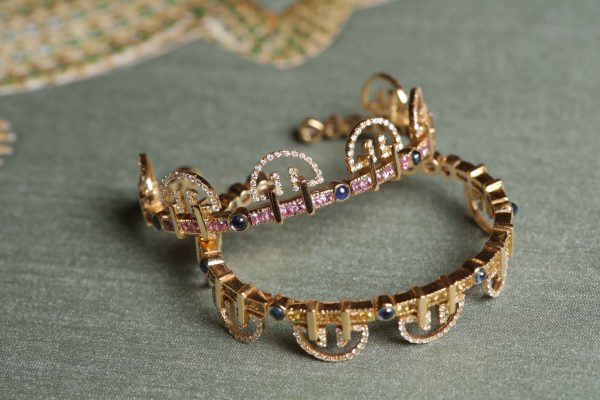 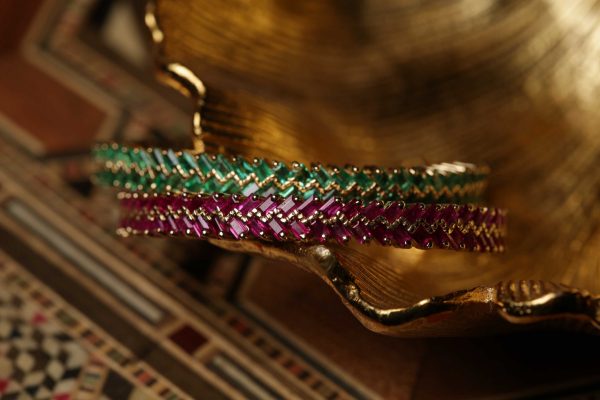 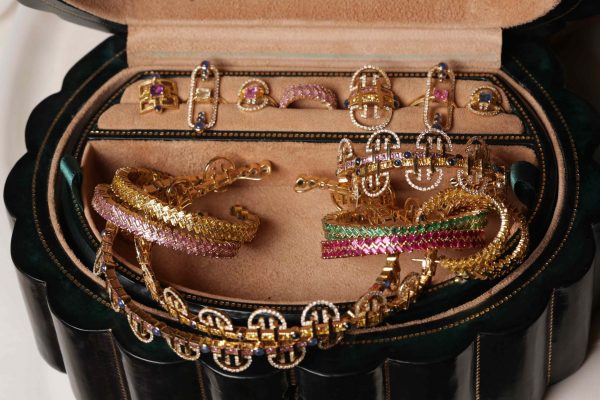 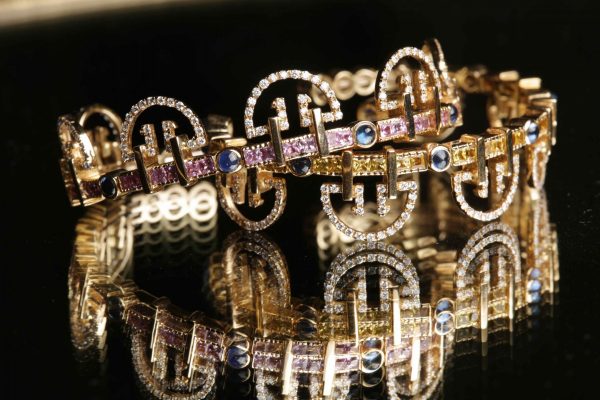 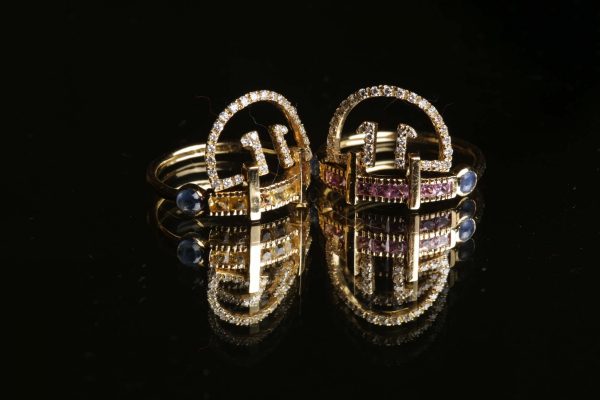 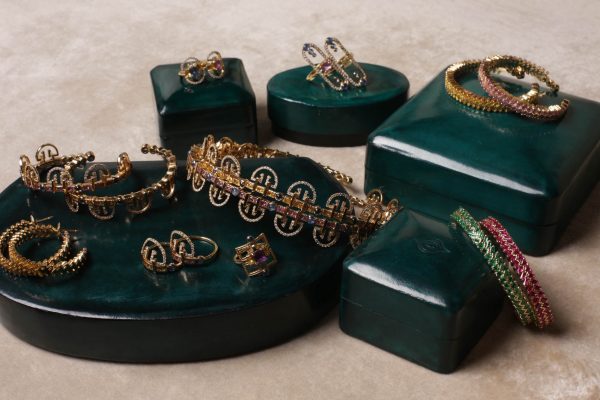 Emirati jewellery designer Salama Khalfan has had a fervent love for art and design. All images courtesy of Julia at FACTORY ME

“I was overwhelmed with all the things I would have to do,” she admits. “It’s human nature to envision obstacles and the more detailed your thoughts become the more frightened you get.” That is, until she read the self-help book Whatever You Think, Think The Opposite by Paul Arden. “It said, ‘build the techniques as you go’. That just resonated within me as a statement. I realised that I don’t have to see the whole staircase to the top, I just need to see one or two steps and I would not frighten myself from accomplishing my goal.”

The most rewarding part of being an entrepreneur, says Khalfan, is the opportunity to make a positive impact on burgeoning talent. “When a young designer comes to me and says I would love to do what you did, how did you do it? Just knowing that somehow you were able to inspire someone makes a difference.” Her advice? “Never say no to opportunity, never.”