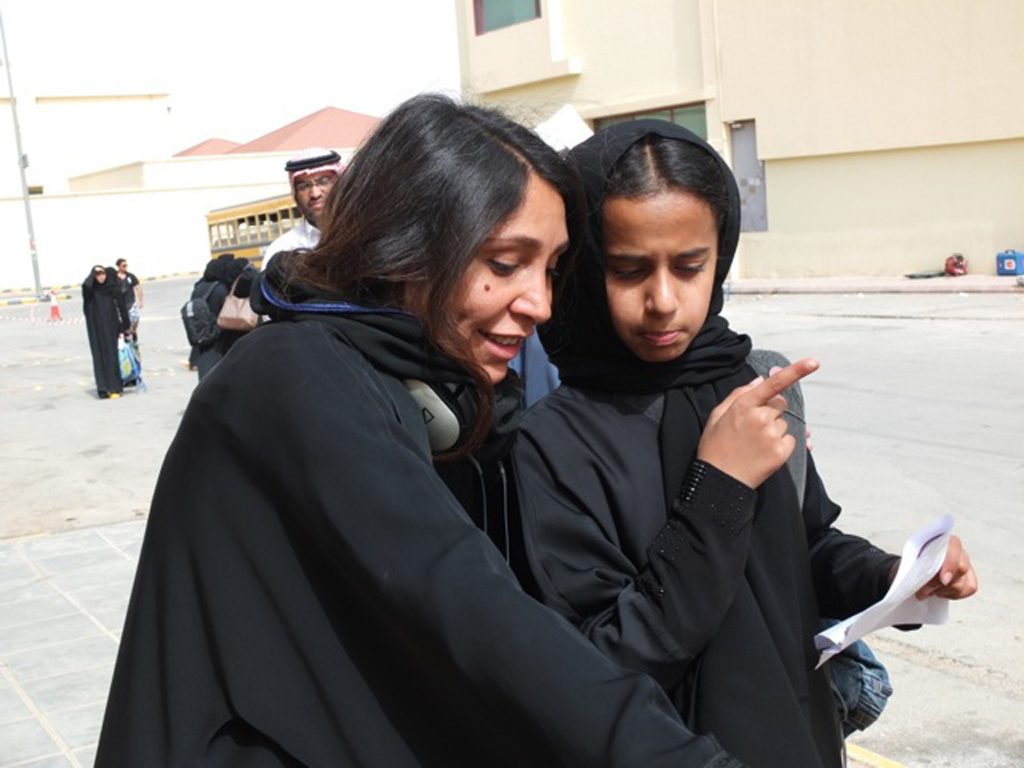 As the prestigious Academy Awards near, we sit down with the woman behind Saudi Arabia’s first contender, the groundbreaking filmmaker Haifaa Al Mansour. Here she talks about pushing boundaries to become the first female Saudi director and highlighting difficult and sensitive subjects via cinema.

This new year, we take inspiration from the region’s most acclaimed filmmaker of the moment, Haifaa Al Mansour, who took a chance on making a film that stood for her beliefs and views on female empowerment in conservative societies. Not only is she the first female Saudi filmmaker, but she shot her movie, Wadjda, entirely in her homeland, a place where there are no cinemas and films are not openly accepted in public, much less supported by any sort of film industry or infrastructure. Nevertheless, Haifaa overcame all odds and directed from the confines of a production van as women are not allowed to mix publicly with men inside the Kingdom. The end product has been more than well received at major film festivals across the world since its 2012 début, collecting awards at the Venice Film Festival, Dubai International Film Festival and Rotterdam International Film Festival, and has even been submitted as Saudi Arabia’s first contender for the Oscars.  We spoke to this remarkable woman on paving the way for Saudi filmmakers as well as for women of the region generally, encouraging them to realise their dream – whether that be riding a green bicycle or directing an Oscar-nominated film. 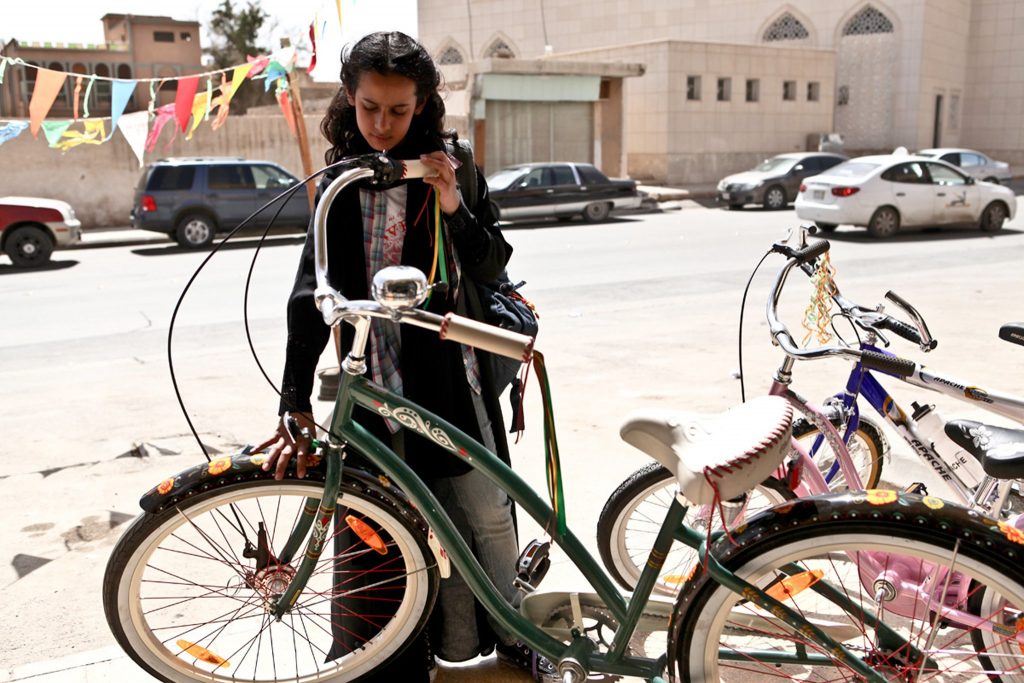 What did you hope to come from Wadjda?

People are resistant to change all over the world but especially in a place like Saudi, which is very traditional and conservative. To change the mindset requires a lot of work, a lot of reaching out through education. Saudi Arabia is a huge country, and a lot of people are still closed on the subject of empowering women. I think it is changing gradually, Saudi is opening up but it will take time, it won’t be overnight. I think this is my way to contribute as an artist, to have a voice and say what I believe in and hopefully reach people in a way that is intimate. I am not trying to preach, or be superior, or tell them what is right and wrong. I’ve told them a story from my own perspective. A touching story like Wadjda makes them re-think things. That is art’s role in society, to create an atmosphere in which change can happen, where people can question things and talk, and not just take things for granted.

Why do you think films are good vehicles to inspire change?

Films inspire change through entertainment, by telling a story that people then talk about, but I don’t think one film will alter the world. A lot of factors in society have to come together to produce a real, effective shift and it is a very gradual and continuous process. I don’t believe that change comes overnight. I think that it has to begin with the heart – when people change their attitudes, beliefs and mindsets, that’s when the real effects are felt.

What does winning an Oscar mean to you personally and then to Saudi Arabia and its filmmaking industry?

It’s such an honour to be Saudi’s first ever Oscar nominee and it shows how the country is opening up. It signals a great shift in how the arts are being received. For so long, they have been marginalized and people underestimated their power in the international arena. It will mean that a film in Saudi is now one of the most recognised forms of art even though it is a form that is almost non-existent. Also, it will help to put an emphasis on our culture, and not just the economic and political sphere of the country.

How did you come up with the idea behind Wadjda?

The bicycle for me represents freedom of movement and that’s where I came up with the girl on a bicycle. I didn’t have anything else, everything was constructed later. I just wanted to have modernity and tradition next to each other, and come up with something a bit more indicative of how society is right now. The journey of the Wadjda’s mother is very common in Saudi. A lot of women tread the same path where they try to satisfy society and do everything that it wants from them. They sacrifice a lot of freedom and never get rewarded, and that is so sad to see. I think it’s very important to have a character like Wadjda for people to take as a reference. It’s important to give these inspirational characters to girls growing up, not only in Saudi but all over the world because a lot of girls are afraid, they are trying to figure out what it means to be a woman. We need characters that pursue their dreams and have something to live for, and are hard working and use the system to their advantage.

What inspired you to shoot inside the Kingdom?

I wanted to maintain the authenticity of the place. I wanted to make a film that feels real and is almost like a documentary. There isn’t any imagery coming out of Saudi, but for me, it’s very important to care about this industry and not let it die.

Has this movie had any impact on the empowerment of females in the Kingdom?

A lot of people have reached out through Twitter, especially women, who talk about how they have cried and laughed throughout the film and how touched they have been. It’s so nice to get that sort of feedback. So many young female students, from all over the world, have watched the film and tweeted about it. There is also negative feedback, I have to be honest – a lot of people don’t want women to talk about themselves or their rights. But overall, I think a lot of people saw themselves in the film, and it’s really nice to see that.

What do you hope to be the outcome from audiences watching your movie?

I hope they enjoy it and they invest in this little girl’s journey, it’s a very tough one but it’s more about hope and believing in oneself, and the power of dreaming. I hope that that is the message – that we shouldn’t give up, we should always try to change the situation to suit us, move ahead with life and never give in.

What kind of movies can we expect from you next?

I hope I can film in Saudi again. I want to try and move away from Wadjda and concentrate on new projects. I will write about young people though, because 70% of the population is below the age of 25 there, so I’m spending a lot of time with my nieces and nephews to get inspiration.