One To Watch: Cecilia Setterdahl

Carpets CC by Cecilia Setterdahl is in constant motion; consistently handcrafting beautiful, limited edition carpets and distinct spaces while conveying vibrant colours and bold geometric shapes that explore and fascinate. “It creates a buzz,” she explains about art-focussed events in the region, such as Dubai Design Week, “and makes people art-conscious. Possibly, even… more brave.” 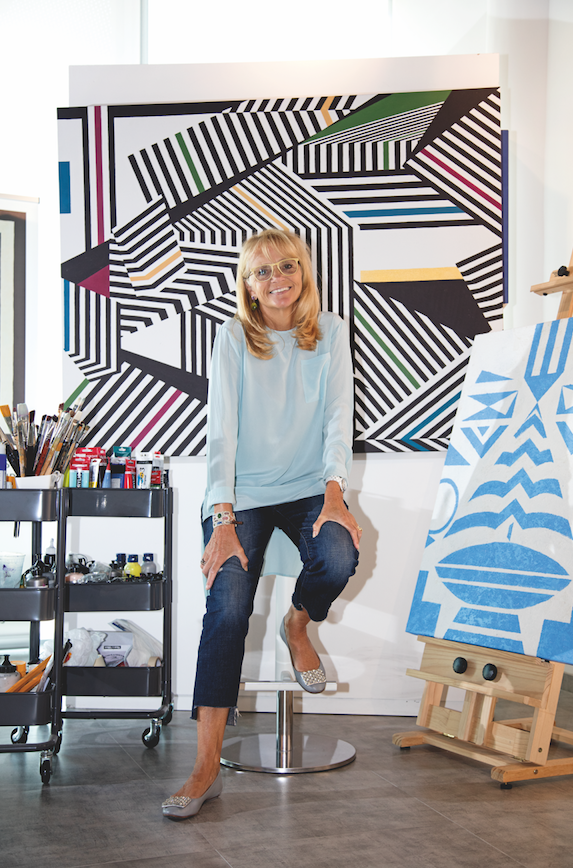 The third edition of Dubai Design Week, which took place last month, established a new benchmark for the bustling city’s reputation as a diverse platform for creativity. For Setterdahl, getting involved was a no-brainer. “We rented space here to be part of a new concept,” she reveals about her decision to showcase. “In October 2015, we had a pop up, and everything was still very empty, but a good crowd showed up. The next year, we participated in an open house while, at the same time, we had a stand at Downtown Design.”

Setterdahl describes her work as an eclectic melting pot of “shapes, forms and ideas.” Her concept? To stay, “brave and independent.” The founder’s acrylic paintings will also be on display, thus solidifying her reputation as a key member of the region’s solid network of female creatives. “I want my art to have a meaning, both paintings and carpets. They all have a name that corresponds with the motive,” she says, which is inescapably important considering the numbers of designers, architects and thought-leaders who’ll be drawn to the high-calibre event.

Dubai Design Week: Discover The Who, What, Where