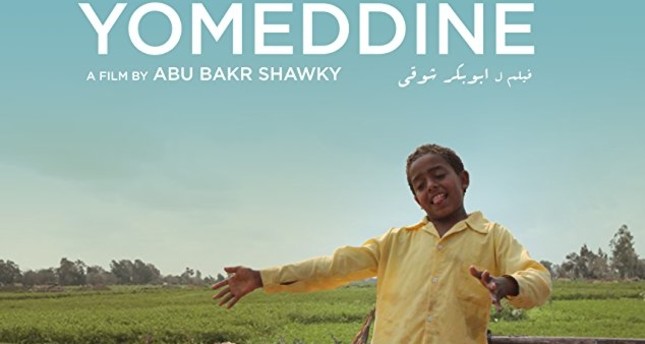 With the 71st Cannes Film Festival in full swing, it’s a historic moment for Arab cinema with five Middle Eastern films debuting in the prestigious annual event. Heading the motion pictures are Yomeddine and Capernaum who are nominated for the the esteemed Palme d’or title, while Sofia and My Favorite Fabric will be taking part in Un Certain Regard, considered the second competition of the Official Selection. Finally Tunsian directed Weldi will premiere in the Directors’ Fortnight, an independent section parallel to the Cannes Film Festival. Find out everything you need to know about the 5 films below…

FILM: Yomeddine
BY: Egyptian director Abu Bakr Shawky
WHY WATCH: This simple story pulls on the heartstrings as it follows an Egyptian leper and his young orphan sidekick as they embark on a journey across the country in search of family.

FILM: Capernaum
BY: Lebanese director Nadine Labaki
WHY WATCH: The third of Labaki’s movies to premiere in Cannes, shines the spotlight on the region’s neglected children, telling the tale of a rebellious teen who sues his parents for having him.

FILM: Sofia
BY: Moroccan filmmaker Meryem Benmbarek
WHY WATCH: This beautiful portrayal of a single parent in search of her baby’s father offers an emotionally charged look into the tumultuous world of Arab women.

FILM: Weldi
BY: Tunisian director Mohamed Ben Attia
WHY WATCH: Meaning ‘Dear Son’, Weldi chronicles the plight of families whose children have left home to join ISIS. Here Attia shows the wrenching effect terrorisim has on a Tunisian couple who have lost their son to the terror group.

FILM: My Favorite Fabric
BY: Syrian filmmaker Gaya Jiji
WHY WATCH: Developed over a five-year period and set in revolutionary Damascus, Gaya Jiji’s feature debut follows a young woman’s voyage of self-discovery in a Damascus brothel.

The Results Are In! These UAE Restaurants Made The MENA’s 50 Best List