Before marrying Prince Harry, Meghan Markle had a lifestyle blog and social media accounts where she shared photos of friends and food just like the rest of us. But after becoming the Duchess of Sussex, Markle deleted all of her personal social media accounts, which is a royal requirement. However, that didn’t stop her from talking about the platforms while in New Zealand as part of the royal tour.

“You see photos on social media and you don’t know whether she’s born with it or maybe it’s a filter,” the Duchess told a group from Live for Tomorrow, an online youth program aimed at spreading positive messages. “Your judgement of your sense of self-worth becomes really skewed when it’s all based on likes.”

Prince Harry also added that “issues stemming from social media and gaming are a major problem for young people in the U.K. and globally. Fingers are often pointed at the parents but that’s not always fair as they, too, need to be educated about these things,” he explained.

Before speaking to the group, Markle also told a fan how it was “freeing” to stop worrying about how many “likes” her posts would get. She also said removing herself from social media was important because “flattery and criticism run through the same filter.” 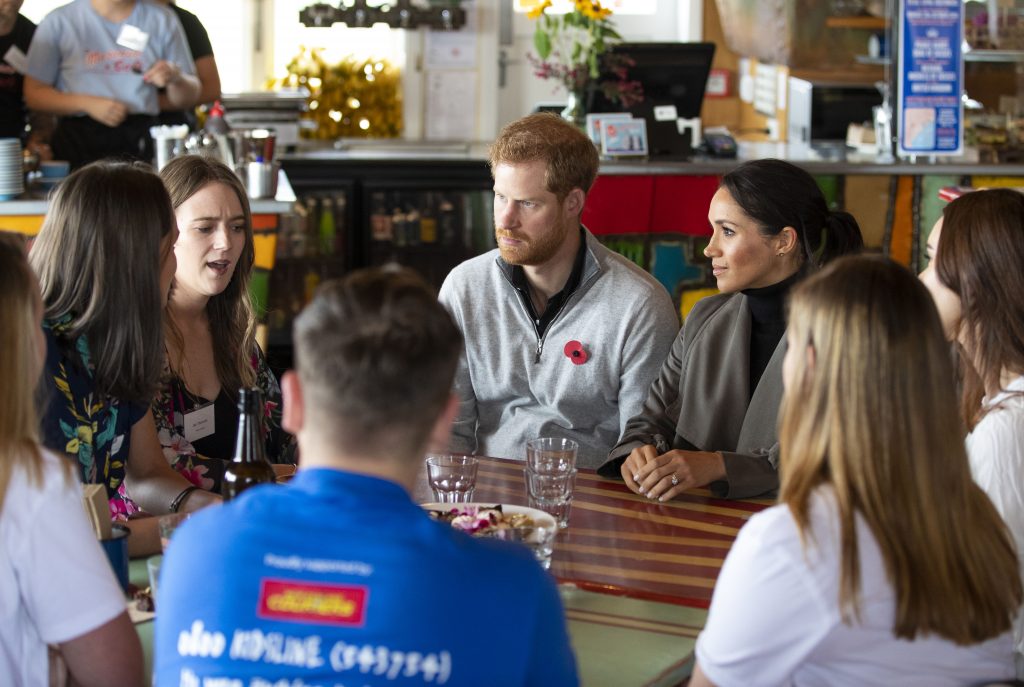 Prince Harry, Duke of Sussex and Meghan, Duchess of Sussex during their meeting with representatives of mental health projects at Marenui Cafe on October 29, 2018 in Wellington, New Zealand (Photo by Mark Mitchell/Getty Images)

According to Dr. Bahjat Balbous, psychiatrist at Euromed Clinic Center in Dubai, there are many reasons why social media can have a negative influence on our lives. “Social media can be incredibly time consuming, leaving little or no time to pursue other interests or to develop other aspects of our personalities. Unfortunately, in some instances, the long-term use of social media can turn into abuse and addiction. The ease of communication through social media enables people to uncover their hidden drives and impulses. This can be dangerous as it may weaken their impulse control, which in turn can have a negative impact on values, morals and social norms.”

What it’s really like to live with anxiety according to Emma Stone.

The Age of Anxiety: How Anxiety Became a Modern Epidemic