Known for its handcrafted designs that empower underprivileged women in Lebanon, Sarah’s Bag is one of the many Beirut-based fashion houses impacted by the August 4 blast. MOJEH talks to the label’s founder and creative director Sarah Beydoun 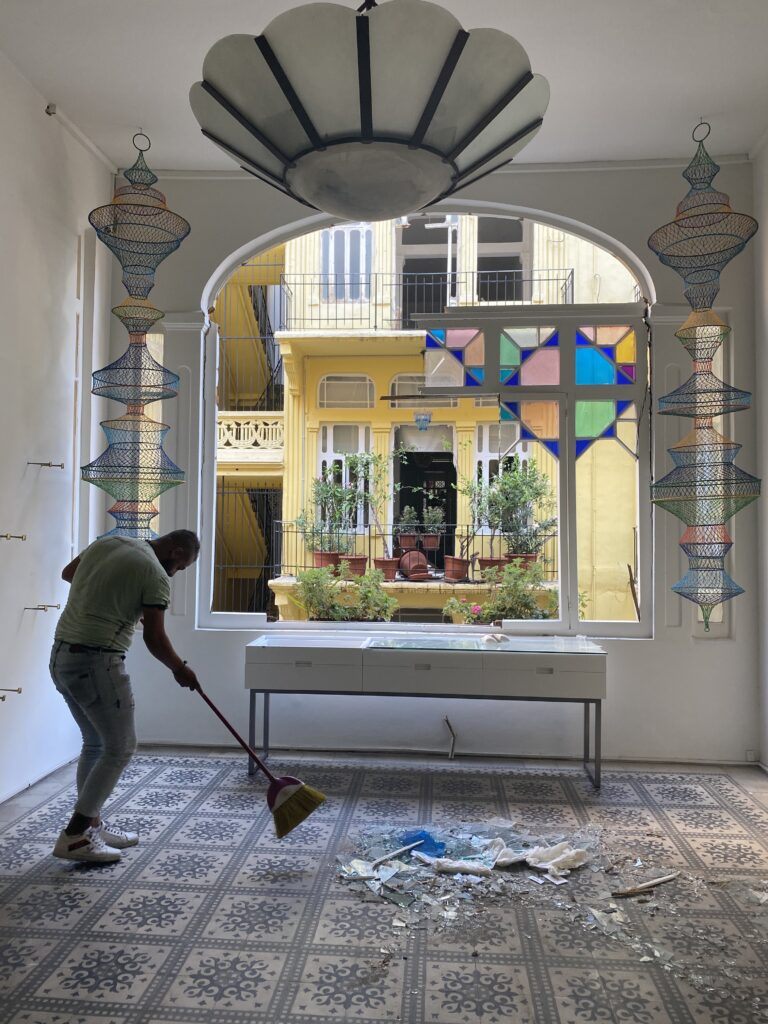 “I feel we are at a tipping point. We are either going sink into gloom and despair at the scale of the damage and violence done to us, or we fight back and reclaim our country,” says Beirut-born Sarah Beydoun of Sarah’s Bag. After her atelier and boutique was severely damaged in the Beirut explosion, Beydoun’s business — and the artisans she works with — are faced with a difficult and uncertain future. But Beydoun doesn’t want to simply rebuild, she wants to rise up and remember. “We need to be angry at the system we live under and we need to change it.” Here, Beydoun talks about her experience.

Can you tell us about what happened on August 4 — where were you and your staff when the explosion hit and what can you remember from this heartbreaking moment?

At 6:07pm when the explosion happened I was in the Tabaris area at a nail salon just 2 km away from the blast. My reaction was quick, I held a friend next to me and pulled her in to the corridor where there is no glass and then when the next blast went off I started praying out loud. There were moments of sheer terror, I thought we were under attack. All the prayers I used to say as a child during the war came back to me. I tried to assure those around me who were screaming in panic, although I was terrified too. I was told the blast was in downtown Beirut and for a few minutes I was filled with horror because that’s where our home is and my kids were at the time.

The time it took me to reach all my family and friends and make sure they’re all safe felt like a lifetime. One of my team members was injured in the explosion as she was at our atelier during the blast. In short, it was like living a nightmare. Over the past few weeks, the full horror of what we lived through has been dawning on me. This was one of the biggest explosions in history. The scale of the violence and destruction it unleashed on us has been hard for me to process. We grew up in the war and I vowed never to live through that again. However, in a single moment we relived all that trauma. To see friends injured and hear what they endured in the overcrowded, chaotic hospitals that were themselves hit and were treating blast victims in parking lots and on the pavement – it was all too much to bear. 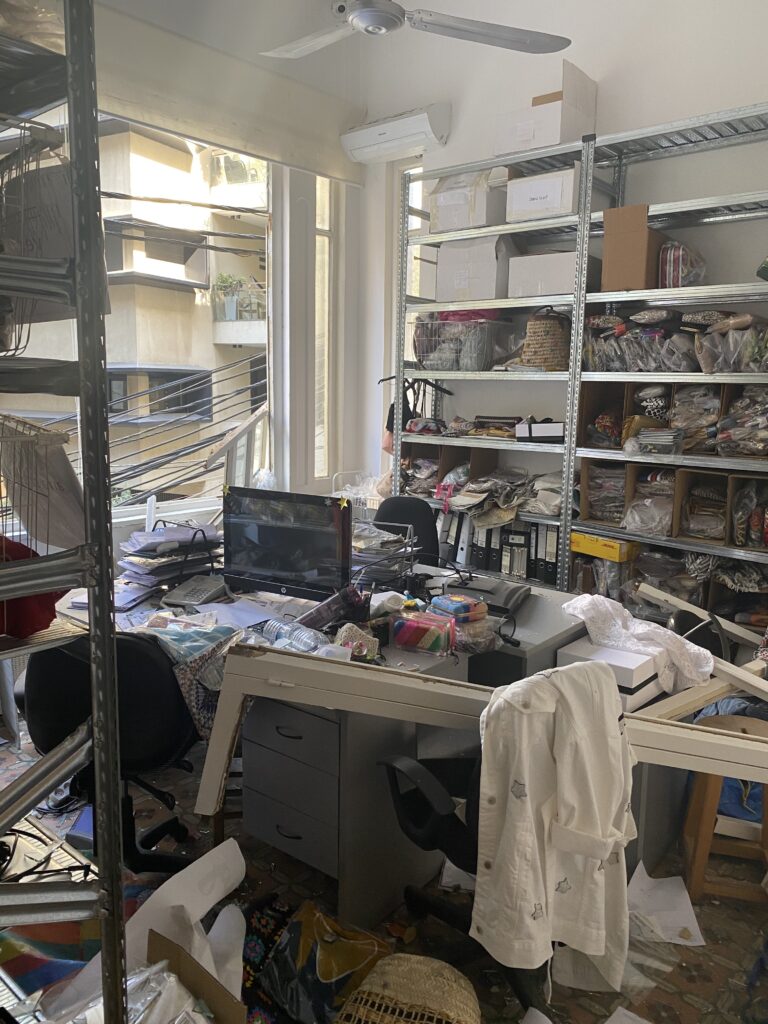 The damage at the Sarah’s Bag workshop and showroom

How did the explosion impact and damage your workshop?

Aside from my sales executive getting injured in the blast, the damage was thankfully only material. Both our showroom and workshop are destroyed; window frames, doors and facades were blown open and completely broken by the force of the blast. We had to go through the wreckage to salvage what we could. It was very painful and disheartening to see everything we’ve worked all these years destroyed and blown to pieces in a matter of minutes.

Can you put into words how you felt when you first saw the destruction?

I was, and still am, in shock and very traumatised, I wake up every day with a nervous knot in my stomach. I cry a lot, I can’t sleep, my thoughts are disjointed and I can’t think clearly. Honestly this blast shattered me. The pain of the city is weighing on me. I am not being able to rise up and just move on. Not this time. 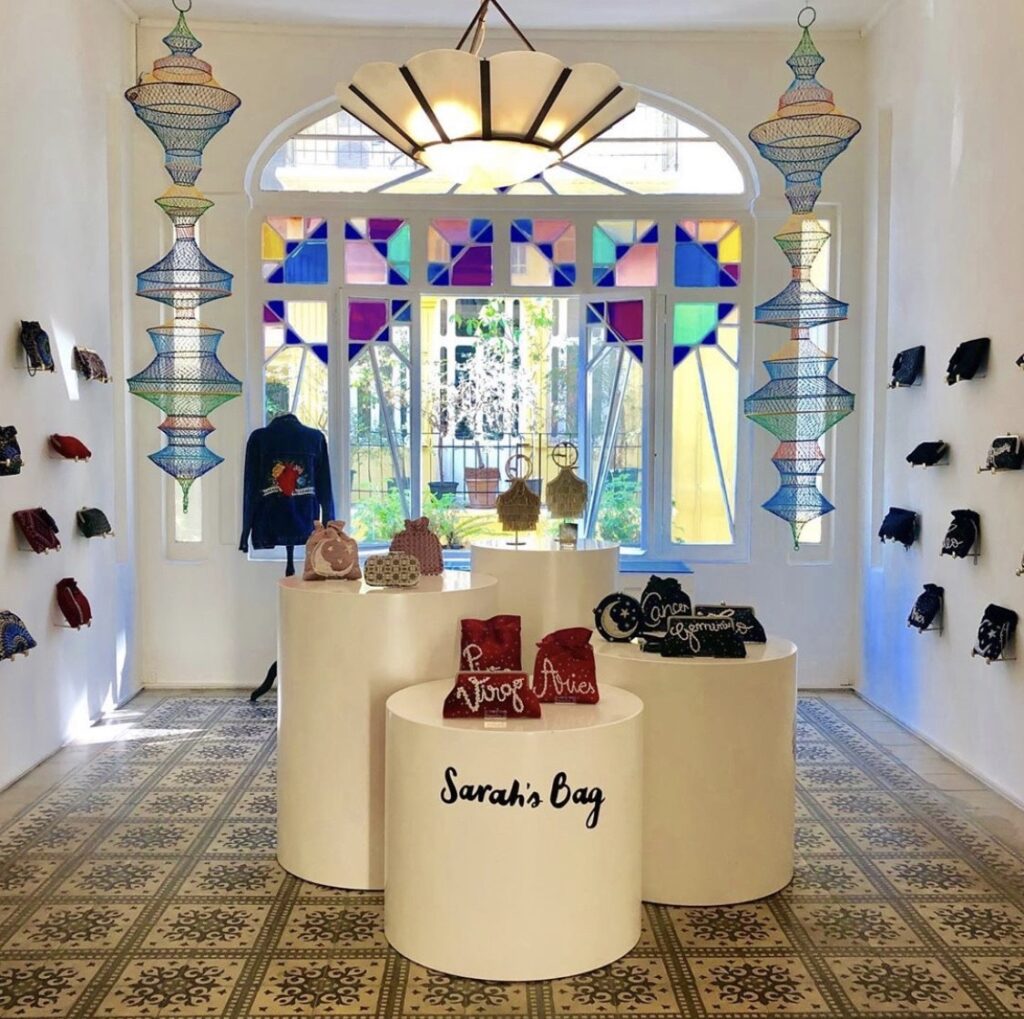 Sarah’s Bag before the blast

Sarah’s Bag works to empower underprivileged women in Lebanon, how will this tragedy impact the community you work with?

The two hundred women we work with relay on Sarah’s Bag for their livelihoods. Ever since the blast, we have been forced to depend on our online shop Sarahsbag.com. We will need some time to collect ourselves and come up with solutions.

Can you tell us a little more about the women and artisans you work with in Lebanon and talk about the platform that Sarah’s Bag gives them?
Sarah’s Bag works to empower underprivileged women. The signature hand beading and embroidery we are known for is meticulously created  by a team of over 100 women, among whom are female prisoners, ex-prisoners and underprivileged women in Lebanon. Most of the designs are created to showcase their skills.

Trained by the Sarah’s Bag team, they are skilled artisans in their own right and some have been with the company since it first launched in May of 2000. Some of the prisoners used the income they earned to overturn wrongful convictions; others to support their families while they are incarcerated. Once out of prison, Sarah’s Bag encourages its artisans to train other women in their towns and villages, thus creating much-needed jobs in some of the poorer communities in Lebanon.

As a result, these women are soon regarded as valuable members of their communities and their new status helps them to reintegrate into society and ease the stigma of being ex-prisoners. 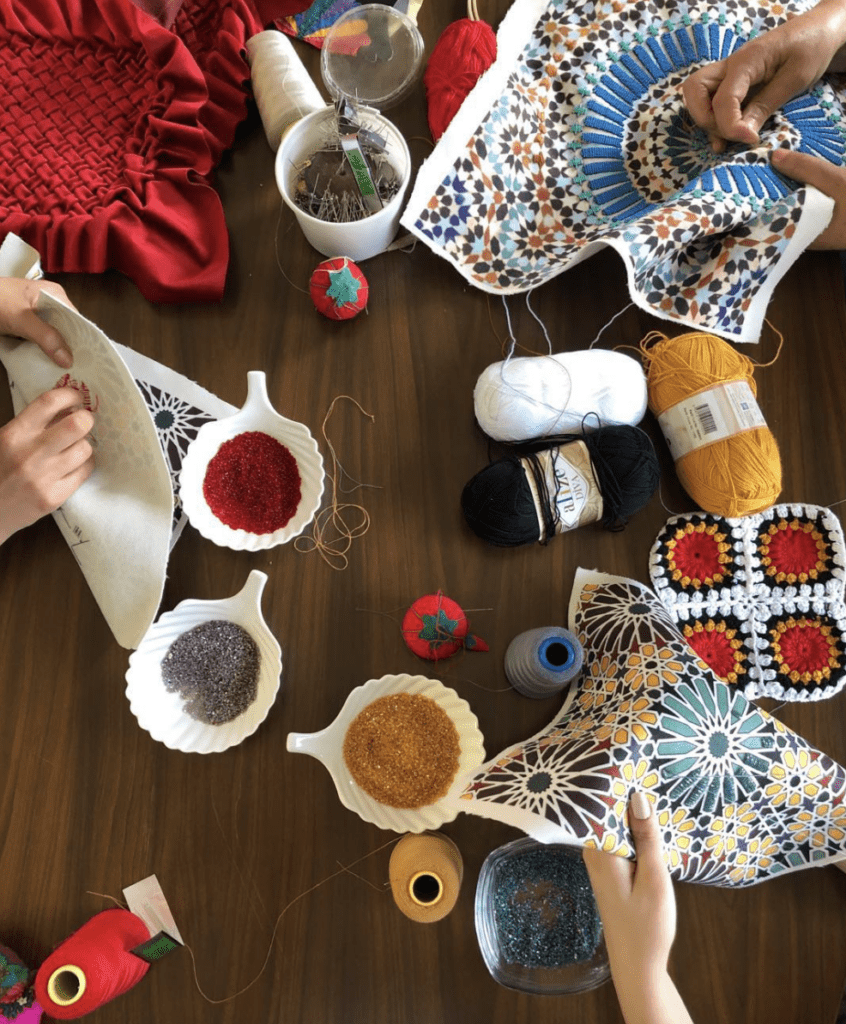 The Sarah’s Bag artisans at work

How do you plan to help these women in the aftermath of the explosion?
Luckily enough all the women we work with do not live in the affected areas. They were the ones who called me and offered their help in cleaning up and organising the workshop and boutique.

And what support do you need from consumers and the regional fashion community at this time?
We need all the support possible. We need the world’s spotlight on Lebanon. Beirut’s Mar Mikhaël and Gemmayzeh neighborhoods are home to Lebanon’s creatives, artists, entrepreneurs, and designers. Home to some of the best cafes, restaurants, bars and small businesses in the country. The neighbourhood was severely damaged by the explosion. The showrooms and workshops of the best Lebanese designers were all destroyed: Zuhair Murad, Rabih Keyrouz, Elie Saab.

I feel we are at a tipping point. We are either going sink into gloom and despair at the scale of the damage and violence done to us, or we rise up from it, fight back and reclaim our country. This depends on the help of our friends from all over the world. It’s time for them to show love for Lebanon and what we stand for, and to support its people and its talents. 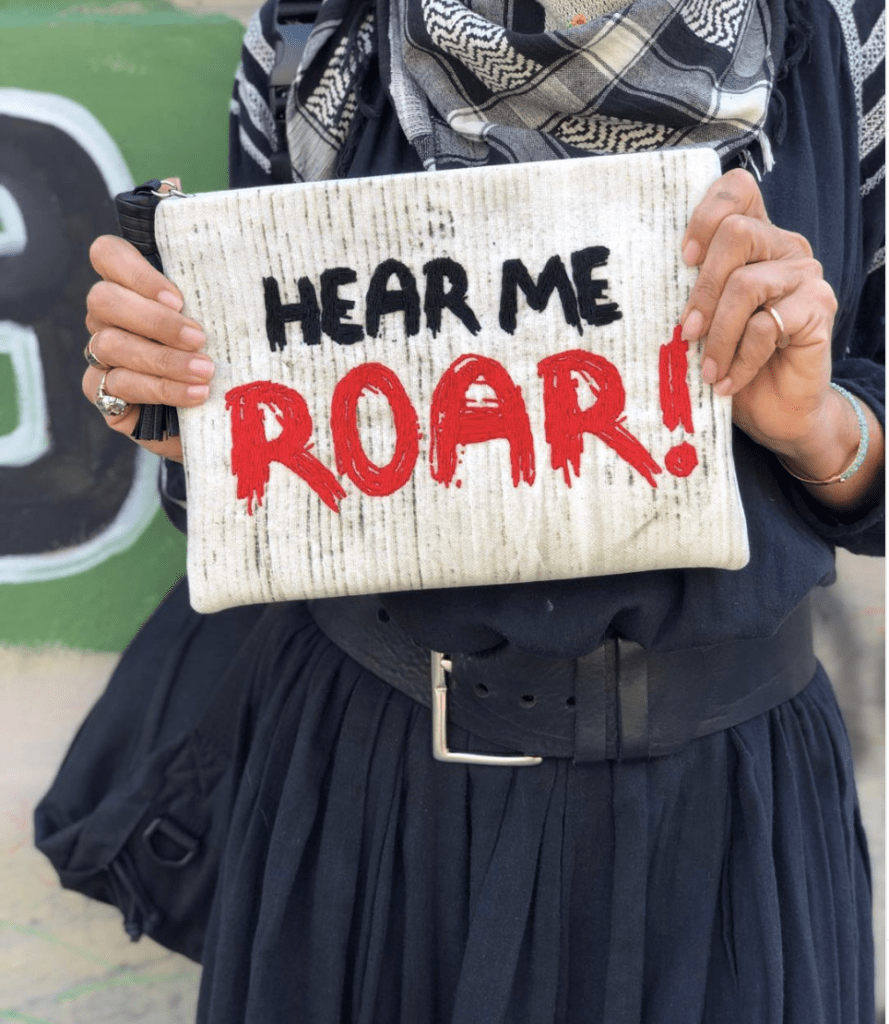 One of Beydoun’s designs for Sarah’s Bag, calling for change in Lebanon

Finally, how has the explosion affected you personally?
There is a limit to how much a person can endure and at this point, I strongly believe that we Lebanese should not be resilient and pick up the pieces and rebuild. We need to be angry at the system we live under and we need to change it. If not, we should leave and start over where we will not be traumatised and have our life’s work destroyed before our eyes.

Read Next: How Azzi & Osta are salvaging dreams and rebuilding after the blast