The skies open, boundless roars of thunder are heard in the distance and lightening strikes across the otherwise crystal-blue horizon. Welcome to Bali. Or more specifically, Uluwatu, where the merciless rumbles compete against the ferocious sound of perilous, whitewash waves hitting the rocks. This southern, limestone cliff-framed peninsula that borders the Indonesian Island was previously only popular among the international circle of pro-surfers who flock there any day of the year chasing ten-foot swells. It now attracts wealthy visitors from the Middle East and Asia, who are drawn to its epic views, unwavering weather – averaging at 31 degrees with astonishing tropical storms weekly – and handful of boutique resorts that boast an unparalleled approach to luxury. As the island pushes closer towards the depths of its summer, we took the eight-hour flight across from the Middle East on the invite of Italian house Bulgari.

During the 90-minute drive from our landing spot in Denpasser, the landscape spirals downwards, roads become wider and the thick and thriving vegetation spills out more defiantly. Even before the sea air reaches us and the vast unrelenting vision of Bali’s big blue is within sight, we’re captivated by its unpretentious and puristic beauty. We stop roadside for a mouthful of coconut water and a bite of dragon fruit, and by sundown we reach our destination. Anyone already accustomed to the Bulgari Resorts in Milan and London will recognise the dark, pared back but stately design (slated for late 2017, Dubai’s own opening is imminent). Here, the house has beautifully blended its own chic, Italian aesthetic with the raw, earthy nature of Balinese design. An unwritten rule enveloping the island appears to be that its energy and character can only be truly enjoyed if its customs and cultures are first respected. Tall brown gates framed by purposely-unkempt plant life greet us, opening to reveal a demure village of thatched-roofed villas sprawling the cliff edge, while lotus, anthurium and orchid dance across the narrow lanes, connecting dots between villas.

The charm is in the attention to detail. Entering the villa is like stepping foot into a small but exquisite tropical garden where the drop pool could be mistaken for an oversized water feature and the open air living area has been carefully crafted to feel just like home. As obvious as it might be, the view is nothing short of spectacular with azure blue spanning for miles and cliff tops wild with a vivid green hue you almost forgot existed. Antique Balinese art heads the villa’s interiors, flowing through from the ocean-view bedroom to a spacious bathroom, (inclusive of an outside shower). Designed by Antonio Citterio Patricia Viel, the same quaint juxtaposition between sleek Italian minimalism and playful Indonesian symbology is felt throughout the resort, from the hand-cut volcanic stones, exotic woods and natural lava used to frame the large drop pool to the refined and woven fabrics seen in the spa where both Asian and European techniques are integrated. 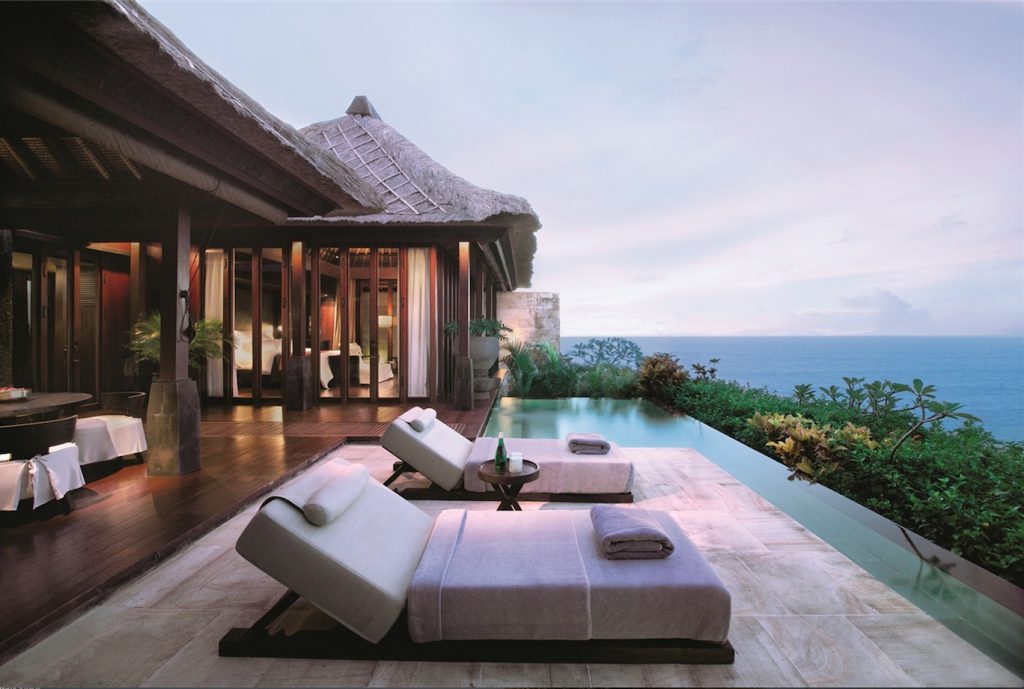 Summer in Uluwatu is magnetising. We wake just after sunrise as fresh air fuels our lungs, the buzz of tropical insects flows into the house and the distinct scent of incense left over from that morning’s temple offerings greets us as we step outside. You feel its uniqueness instantly.  Far from being heavily affected by tourists like other areas of the island, Uluwatu remains closed off, its intimidatingly handsome and burly backdrop offers appeal in its unkempt, raw and, at times, dangerous beauty. Its sea is strong and impulsive, and while a dip is a must, it’s to be tackled with caution and, in main, left to locals and pro-surfers who have learnt to master its spontaneity. Hours can be whiled away simply watching the liquid playground.

Spend some time wandering whilly-nilly through the terrain, discovering off-the-beaten-track quirks at every corner. Locals are proud and friendly, expecting little more than a nod of confirmation that you’re appreciating, respecting and, of course, relishing their small corner of the earth. Wellness is engrained in the island’s DNA and it’s almost criminal not to offer at least an hour a day of practice to one of its many open-aired yoga studios. Most visiting yogis have hailed from ashrams in India or California and offer authentic approaches to the workout. Similarly, food leans towards organic, fresh and almost always local produce. Hip, raw eateries are constantly cropping up, blending seasonal juices and rolling out energy balls to their high-bohemian visitors from Australia and Europe.

Inside the Bulgari resort, cuisine undoubtedly surpasses expectations. A breakfast of eggs, fresh island fruit and cakes crafted by the on-site pastry chef can be enjoyed cliff-edge at Sangkar, while lunch is more often than not eaten at La Spiaggia, overlooking the 50 step climb from the beach. The piste de resistance is the newly opened Il Ristorante by Michelin-star chef Luca Fantin. During our visit, we celebrated its opening night as Fantin served cold spaghetti with caviar, perfectly cooked wagyu beef and an enigmatic blend of coconut for dessert. Open only for dinner in an intimate, 36-seat, meticulously crafted space that stares out onto the reflection pool, Il Ristorante was conceived in response to the resort’s high-end clientele who are constantly craving enhanced culinary experiences.

The same sentiment rings true across the resort as little luxuries are elevated to the next level. Butler service is discreet but always on hand; the beach is protected by a coral reef and accessible only by elevator; a Bulgari boutique offers the latest collections of Serpenti’s and Diva bags; and smaller nuances are seen such as the CSR project which protects Bali’s opulent native beehives in a plight to rebalance Uluwautu’s ecosystem. 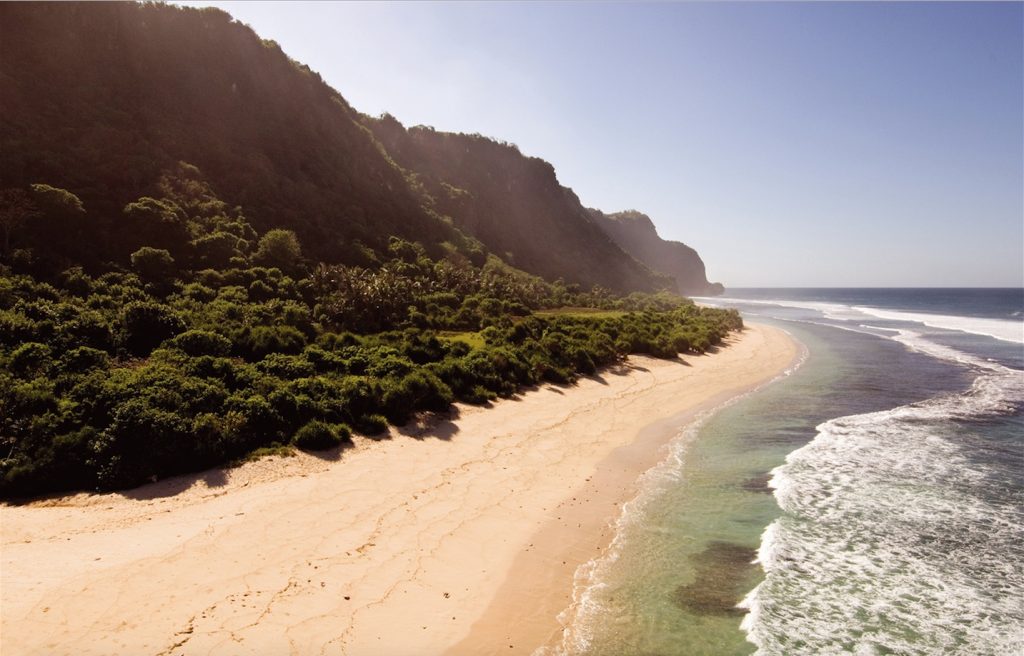 When Bulgari Bali opened its gates over a decade ago, it ingeniously monopolised the most idyllic corner of the island, wanting to stake its claim on what would fast become a must-visit destination. Today, holidaymakers and back packers flee to the island, craving its peaceful and unmaterialistic approach to life. And while other five-star resorts are cropping up less than a mile outside its gates, few are able to match Bulgari’s landscapes – arguably none when considering its incredible service. For Bali as a whole, nothing is standing still, so go now while its energy is still as pure and awakening as the days of the haute bohemian hippy/surf set. For Bulgari Bali, however, its all-encompassing walls and uncompromised ocean views indicate that there’s still year after year of toe dipping in its roaring ocean, and yoga practicing on its cliff-tops to be relished.

With surrounding water flooding in from the Flores and Java Sea, as well as a flow from the Pacific and Indian Ocean, swells in Bali make it the perfect spot for both learners and pro-surfers. Simply choose which coastline you desire to explore and don’t look back.

Ideologies amongst the Westerners dwelling on the island take a similar stance to those of Australia, meaning wellness is high on any Bali agenda. Bring your yoga mat – whether on the coastline or in the jungle, a yoga studio is only a stone’s throw away.

Traditionally composed of a dragon fruit and ice blend, then garnished with coconut shavings and any super-seed going, the island’s breakfast speciality features any fruit in season. The dragon bowl is a simple take-home recipe to enjoy anywhere in the world.

The Mount Batur volcano is a sacred mountain according to island beliefs and, although popular as a tourist spot, it’s still a trek worth doing. Best discovered at sunrise, this means a 2am start time for those willing to reach the top before the 6am sunrise. 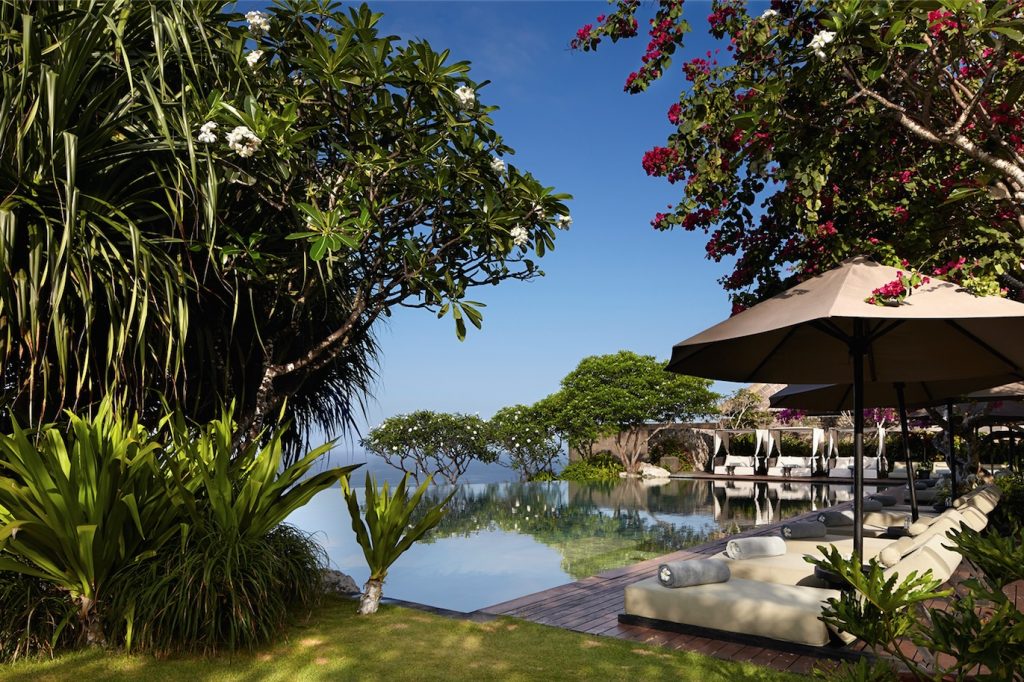 The Green School, Ubud, was set up in 2006 by jewellery duo John and Cynthia Hardy with the mission to educate people about sustainability from the early years. Nestled deep within the jungle, you may find yourself implementing their ways in your own homes.

With its artsy eateries and beach bars nestled amongst boutique, high-end clothing stores, Semniyak is perfect for a 24-hour small town pit stop before heading into seclusion.

Set just 20 minutes away from the Bali Resort, Bingin Bay is a hot spot for pared back, almost-untouched Indonesian life. It oozes authenticity and epitomises the bohemian lifestyle many flock to the island for.

Just east of Uluwatu, nestled within beautiful rice paddies, Canguu is for the glamour set who still want a slice of laid-back Bali vibes. Enjoy its organic eateries and rustic cafés after a surf lesson or yoga class. 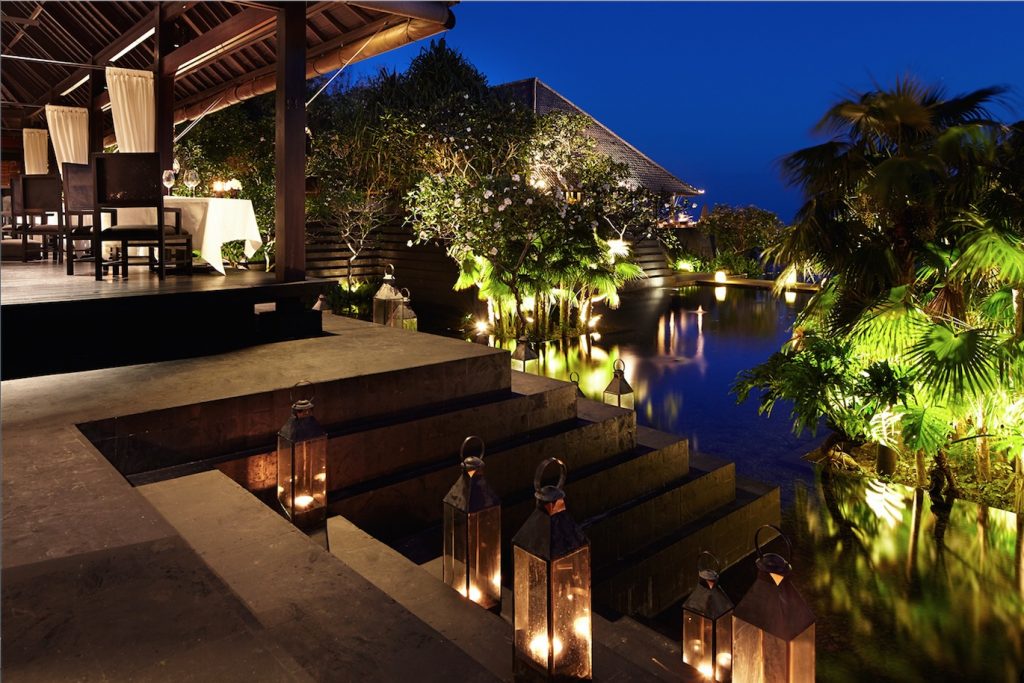 With its epic white wash, roaring waves and pure gold sands, Bulgari’s beach is potentially one of the most magnificent we’ve laid eyes on. It may be too ferocious to step foot in, but who cares when the views are that good.

A show of glittering pinks and starburst oranges flash across the sky during Bali’s famous sunset hour. It’s best enjoyed over a mocktail at Il Bar or from the drop pool across the flora-laden pathway.

The spa looks out across the ocean and features open-aired rooms allowing the natural island sounds to sweep through. MOJEH recommends the four-hand massage followed by a camomile tea and downtime by the dip pool.

Searching For An Eid Staycation? Look No Further Than This Iconic Address

Is This The Most Instagrammable Hotel Room In Dubai?

24 Hours In London? Here’s How To Spend It