She is Britain’s ultimate fashion icon, the epitome of elegance. Since her coronation in 1953, Queen Elizabeth hasn’t put a foot wrong when it comes to her magnificent wardrobe, which is remarkable considering she changes outfits up to five times a day.

We’re often told that Her Majesty isn’t interested in fashion, however there are few individuals who’ve come up with a signature style that’s as renowned and recognisable. The longest reigning British sovereign continues to be the gold standard when it comes to looking good in the modern monarchy. 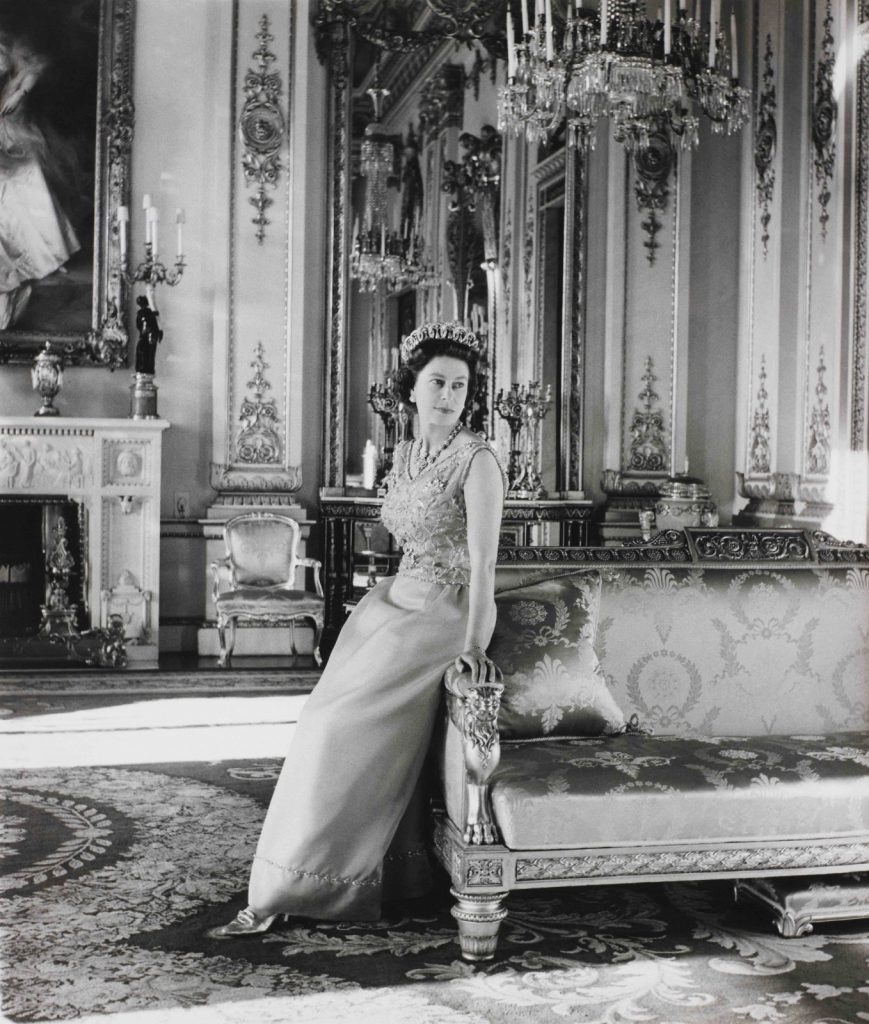 Even at 90, with her elegant silk headscarves and box-pleated woolen skirts, Queen Elizabeth continues to inspire designers worldwide – most recently Gucci’s Alessandro Michele, who referenced her in a collection he presented at Westminster Abbey in May.

Yes, the Queen has long been a devoted couture client, and now a number of her trade secrets have been revealed in Fashioning a Reign: 90 Years of Style from the Queen’s Wardobe – a fascinating exhibition that opened at Buckingham Palace this weekend.

The exhibit is the second of three separate displays in celebration of the Queen’s 90th birthday. Around 150 outfits will be shown, with each display showcasing a selection of fabulous couture pieces, specifically chosen because of their close association with the location.

“Visitors will see an unprecedented display of fashionable dress from Her Majesty the Queen’s wardrobe,” says curator Caroline de Guitaut. “These are clothes that mark an important moment in the Queen’s life, or indeed say something about contemporary fashion from that era.”

Spanning ten decades, from the then Princess Elizabeth’s christening gown to the vivid green ensemble worn by her at this year’s Trooping of the Colour, Fashioning a Reign: 90 Years of Style from the Queen’s Wardobe explores ceremonial and military attire, dress for state occasions and outfits for family celebrations.

“We also have uniquely on display, alongside Queen Victoria’s military tunic, Her Majesty the Queen’s own tunic,” says de Guitaut. “This affords a unique opportunity to compare and contrast female sovereign dressing as head of the armed forces.”

Well known for block-colour and bright ensembles to ensure she is easily visible on important occasions, Her Majesty’s outfits are carefully designed by dedicated couturiers, including Norman Hartnell, who crafted her wedding gown and coronation dress.

“One of the most remarkable aspects of Her Majesty the Queen’s wardrobe, which is very evident in this exhibition, is her unswerving support of British fashion design,” reveals de Guitaut. “Her Majesty has worn clothes by many different British designers, some of whom have been leading figures in British couture.”

The three exhibitions Fashioning a Reign: 90 Years of Style from The Queen’s Wardrobe are at the Palace of Holyroodhouse until 16 October 2016, the Summer Opening of Buckingham Palace until 2 October 2016, and at Windsor Castle from 17 September 2016 to 8 January 2017. 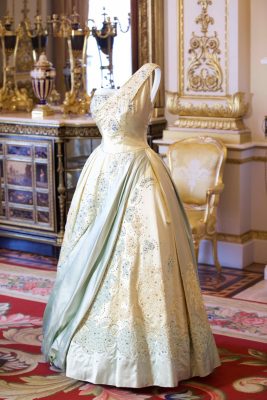 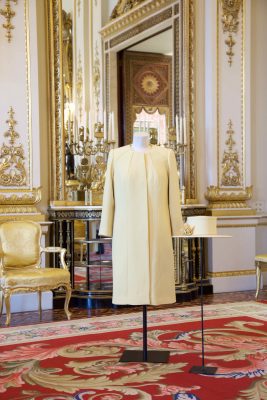 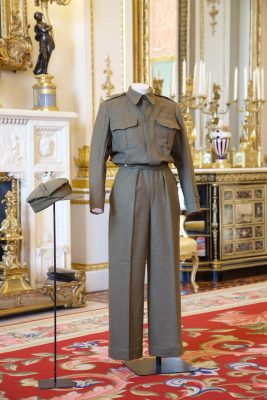 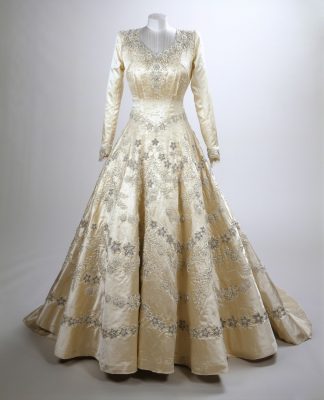 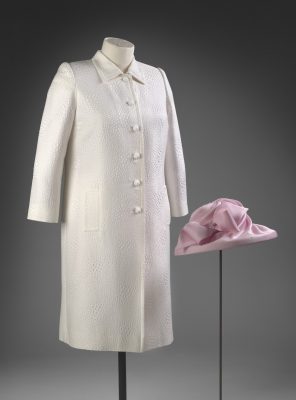