Cairo-based Beya Khalifa is a digital artist whose quirky and satirical collages serve as a visual interpretation of the human condition and its relation to the universe. MOJEH.com spoke exclusively to Khalifa to find out how living in the Middle East influences her work, and how important it is for her to create pieces that have meaning behind them.

How does living in the Middle East influence your work?

Even though I’ve lived in Egypt all my life, I had a very westernised education, so I’ve been in tune with Western art, music, movies, and political and societal discourse. When you reach a certain age, you suddenly realise the stark difference between everything Western you’re being fed and are actively consuming, and the reality of things at home. And I think it’s that difference – trying to reconcile what you’ve been told about your home, your people, your history and what you are only now discovering – that very much defines contemporary art for a lot of young artists nowadays, me included. So I definitely think the fact that I come from a place that’s considered a “developing” country, and is still to this very day struggling with tangible and intangible ramifications of colonisation and imperialism, very much influences my work and how I approach it. 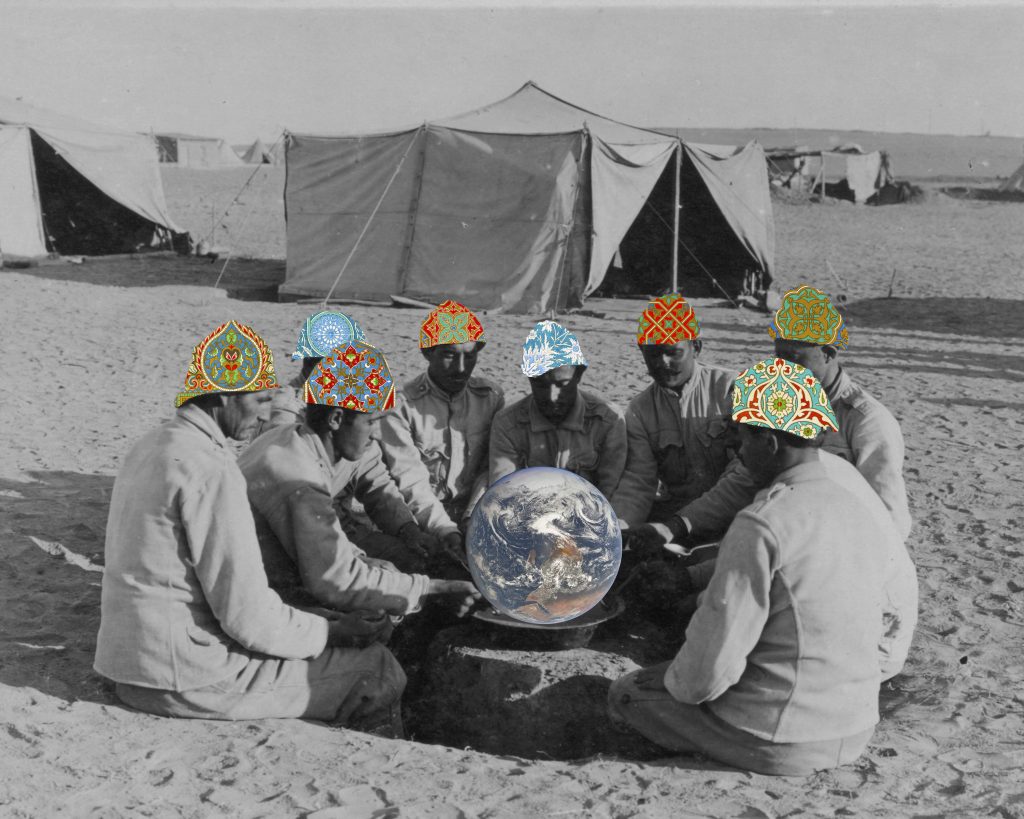 As an artist, how important is it for you to create pieces that have a voice and meaning behind them?

For me it’s very important, but it’s also a double-edged sword. Once your art is up for public consumption and you set a precedent for creating meaningful pieces, you inadvertently box yourself in. People have seen your work, some of them liked the topics you addressed and the struggles you’ve conveyed, and now they expect whatever you put out next to be of equal meaning, if not transcend your previous work. I definitely want to leave something behind that means something to someone; I think art gives us an amazing opportunity to explore the contemporary conversations being had on a massive scale, but I don’t want to limit myself and give into that pressure, either. It’s important to give yourself the freedom to produce the meaningful and to produce the nonsensical – they don’t have to be mutually exclusive.

Where do you look for inspiration?

To be honest, I look everywhere. I know that’s such a clichéd answer but it’s very much true. We’re constantly consuming art, movies, books and music so you’d be hard pressed not to be inspired by the work of other artists. I can’t discount political and societal affairs, either. I love thinking about how these discussions can be visually rendered and played around with; and I find that process super inspiring and important for myself. 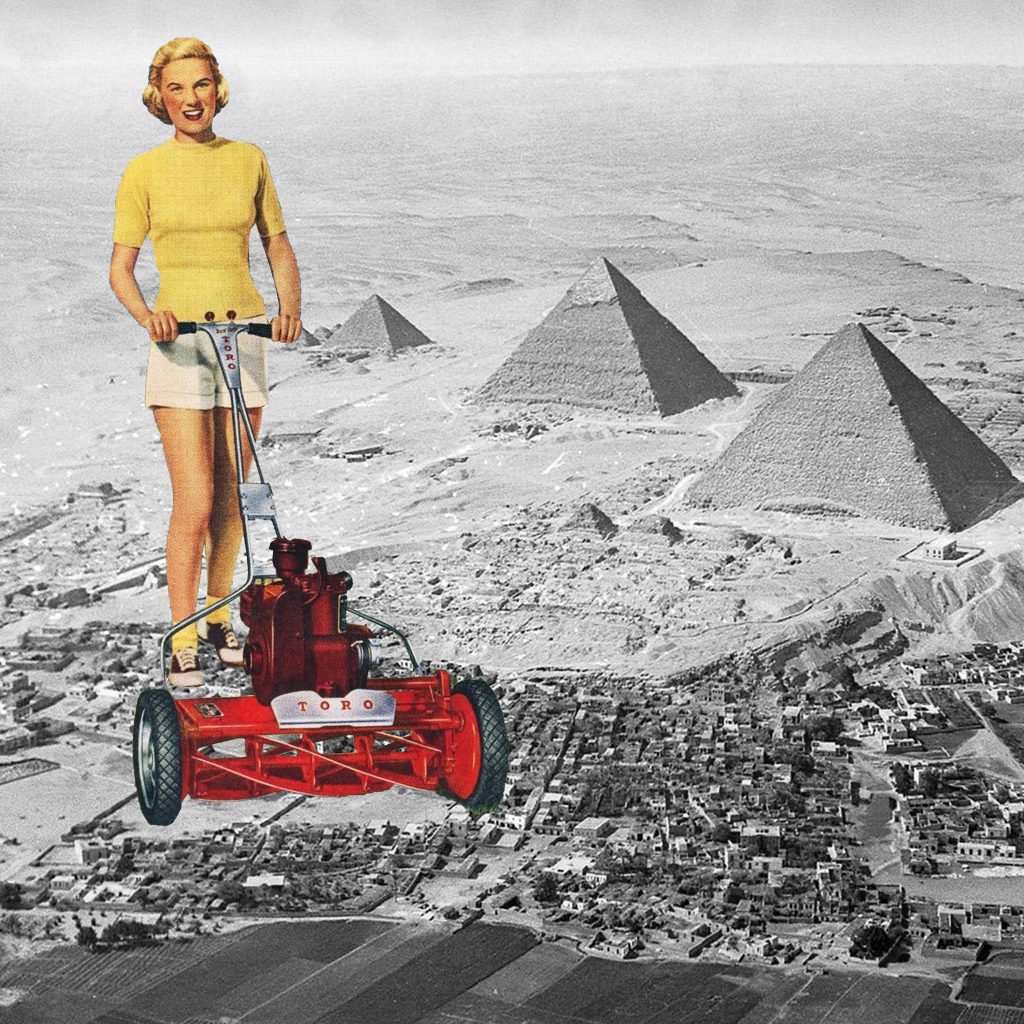 The Vagaries of History by Beya Khalifa

What has the response been like to your digital collages, particularly here in the Middle East?
It’s been very positive so far. I haven’t received any negative feedback (at least not to my face). People seem very taken in by digital and analogue collages that offer structure and concepts within their abstraction.

How would you say the Middle Eastern art scene has changed over the last few years?
I haven’t been very active in the art scene for long, so I don’t know how qualified I am to give an overview of the past few years. What I can say is I do feel an influx of young artists cropping up in the Middle East, breaking away from traditional art forms and tackling societal and cultural issues through contemporary art. I suspect this could have always been the case, I just wasn’t aware because art just wasn’t as widely accessible or circulated as it is now. 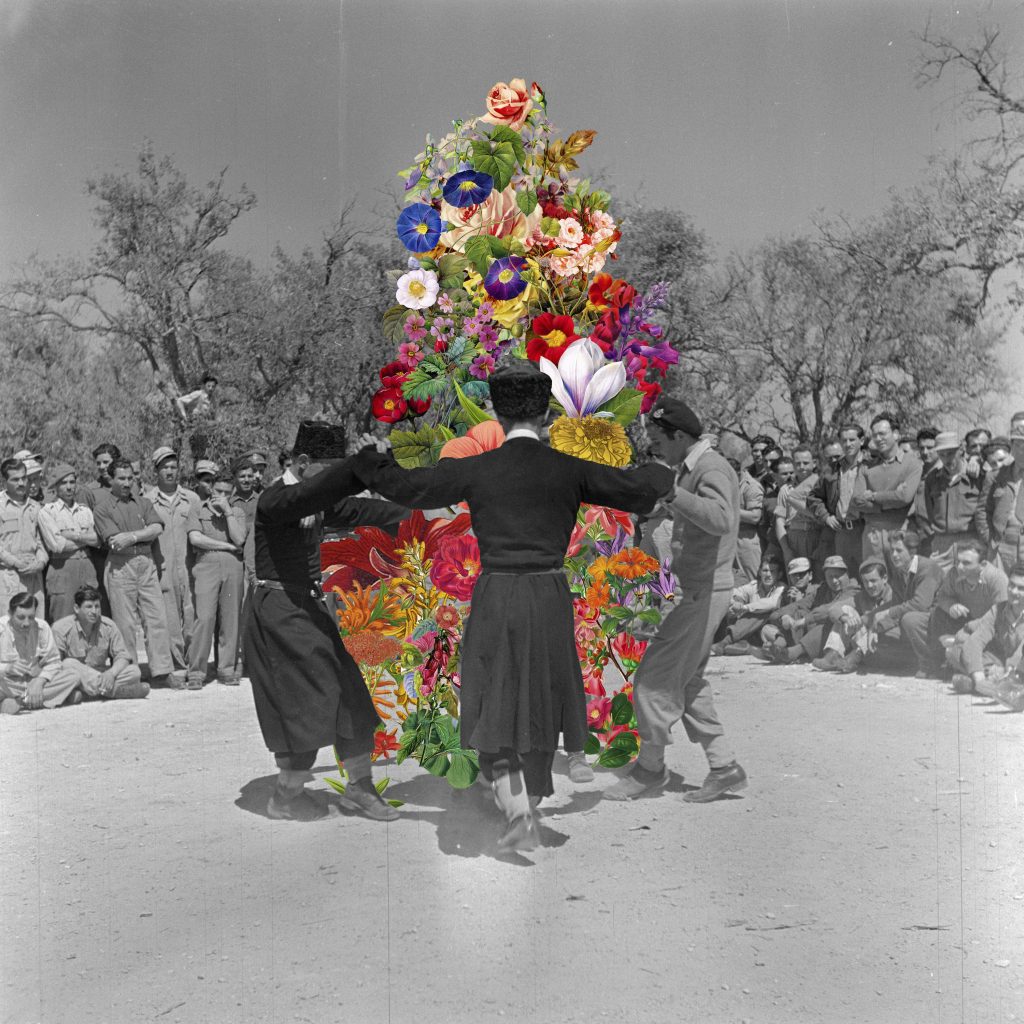 Ring Around by Beya Khalifa

Five Minutes With The Emergeasts