Meet Christie’s Specialist in the Islamic and Indian Art

6 min read
Behnaz Atighi Moghaddam, Head of Sale in the Islamic and Indian Art at Christie’s

On October 23 and 24, Christie’s will feature the Middle Eastern Modern and Contemporary Art sale followed by the Islamic and Indian works of art including Oriental Rugs and Carpets auction during Islamic Art Week in London. From manuscripts to paintings and ceramics, the featured artwork will include Islamic and Indian art from the 8th to the 19th century.

Ahead of the auction, we interviewed Behnaz Atighi Moghaddam, the Head of Sale in the Islamic and Indian Art department at Christie’s King Street. The Iranian art connoisseur discussed her love of ancient objects, what her role entails and what we can expect from the anticipated art sale.

What does your job entail — tell us what a typical day is like for you?

At Christie’s there is no typical day which makes working there so tremendously interesting. Also, travelling is part of my day-to-day job, whether it be in the UK or abroad.  My days are full of surprises; I never know what sort of objects someone might bring in for evaluation.

What sparked your interest in art?

I grew up in a household filled with antiques and these objects have been in daily use and became part of my daily surroundings.  As I am fascinated by the story of objects – how they were made, who used them, and how they end up with different owners, I always knew that my career path would involve art.  This is why I pursued degrees in archaeology and history of art from the School of Oriental and African Studies and University College London, as well as a master’s in museum studies.

When did you start to study Islamic art?

It started from a very young age. My parents took us to museums and galleries, and as a family, we had Islamic manuscripts, tiles, ceramics, carpets and furniture at home and the history of these objects was explained to us and became a source of fascination for me. 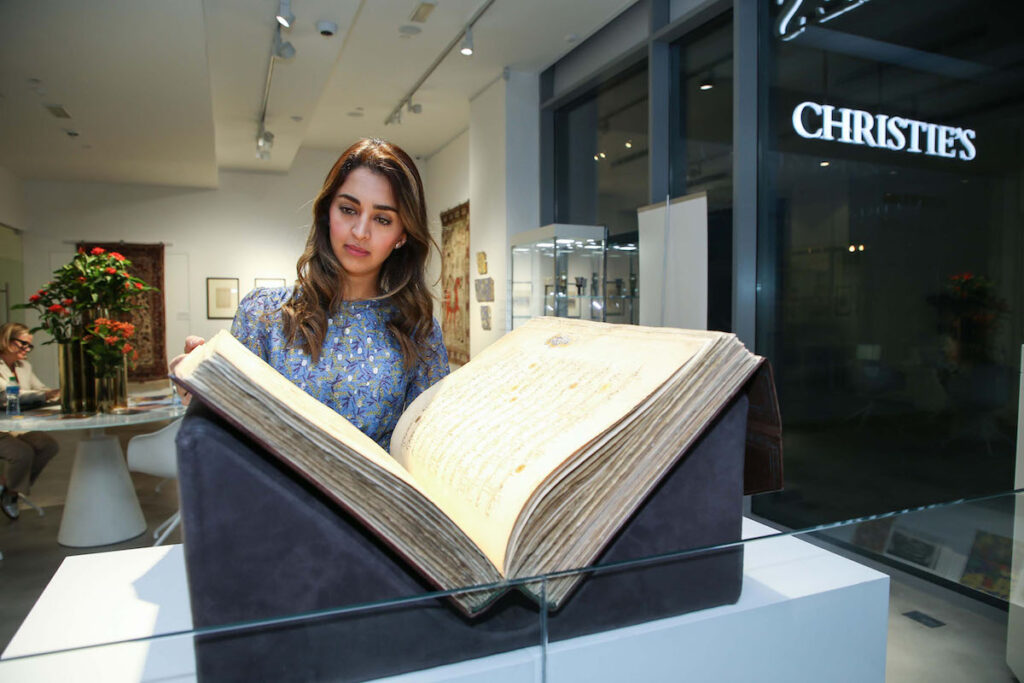 How did you acquire the role you have today?

I initially worked at a gallery specializing in African art before joining the Victoria & Albert Museum.  A friend mentioned to me that there was a position available in Christie’s Islamic and Indian department and I was keen to understand the business of art, as well as the opportunity to engage in the research and scholarly aspects of this field.

What is the most interesting piece you’ve discovered?

It’s difficult to single out just one but my colleague William Robinson, International Head of World Art at Christie’s, and I were lucky enough to auction a Mamluk Qur’an that was made for the Sultan al-Malik al-Ashraf Sayf al-Din Qaytbay, who reigned from 1468 to 1496 – this was a record-breaking piece and it was a truly exciting moment to discover and sell it.

What do you love the most about your job?

The discovery aspect, including the research of objects – this is the ‘Indiana Jones’ reality of our roles at Christie’s.  I also love meeting people from all backgrounds who share my passion for these objects.

What has been the biggest challenge in your career?

One of the most exciting challenges and huge opportunities we have had was earlier this year with the recent Maharajas and Mughal Magnificence auction, held on 19 June in New York, where we had the pleasure of offering more than 200 pieces of the most outstanding quality of Islamic art available.  This was a once-in-a-lifetime opportunity to handle and catalogue such a volume of rare, jewelled objects – it was a 12-hour auction which ran from 10am to 10pm. 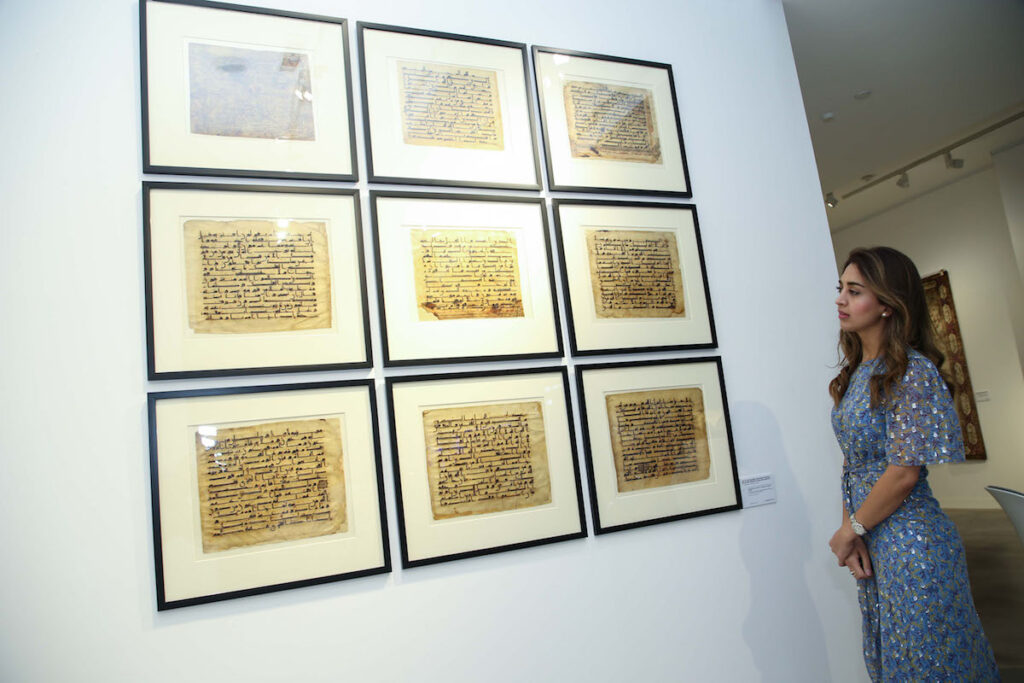 Tell us about the upcoming Islamic and Indian Worlds auction at Christie’s in London?

We have two superb and very rare illustrated double-sided folios from the Nahj Al-Faradis (The Pathways to Paradise), commissioned by the Sultan Abu Sa’id Gurkan in circa 1465. In Uyghur script, with opaque pigments and gold on paper, it shows on the recto the Prophet arriving at the Second Heaven of Pearls and on the verso the Prophet Muhammed with the Angel of Bounty, (estimate: £700,000-1,000,000).

This substantial group of large Kufic Qur’an leaves comes from the collection of Dr. Mohammed Said Farsi, who was one of the Middle East’s great modern patrons of the visual arts. He supported and encouraged Modern Egyptian Art as well as fostering a love for classical Islamic Art, evidenced by the Qur’ans that are included within this sale. Lot 19 is a large-scale manuscript with elongated kufic lettering throughout and an idiosyncratic arrangement of words.

It is exceptional to find a block of this size for sale, which bears its original illuminated frontispiece, late Umayyad or early Abbasid, probably Damascus or Jerusalem, dating from mid-8th century (estimate: £400,000-600,000).

What is the most interesting piece in the auction – what is the story behind it?

Lot 37 – a recently-rediscovered manuscript made for the great Qara Qoyunlu bibliophile Prince Pir Budaq.  No one knew where this piece was for 100 years – the original owner, who commissioned many manuscripts, met a tragic end at a young age due to his rebellious behaviour toward his father. 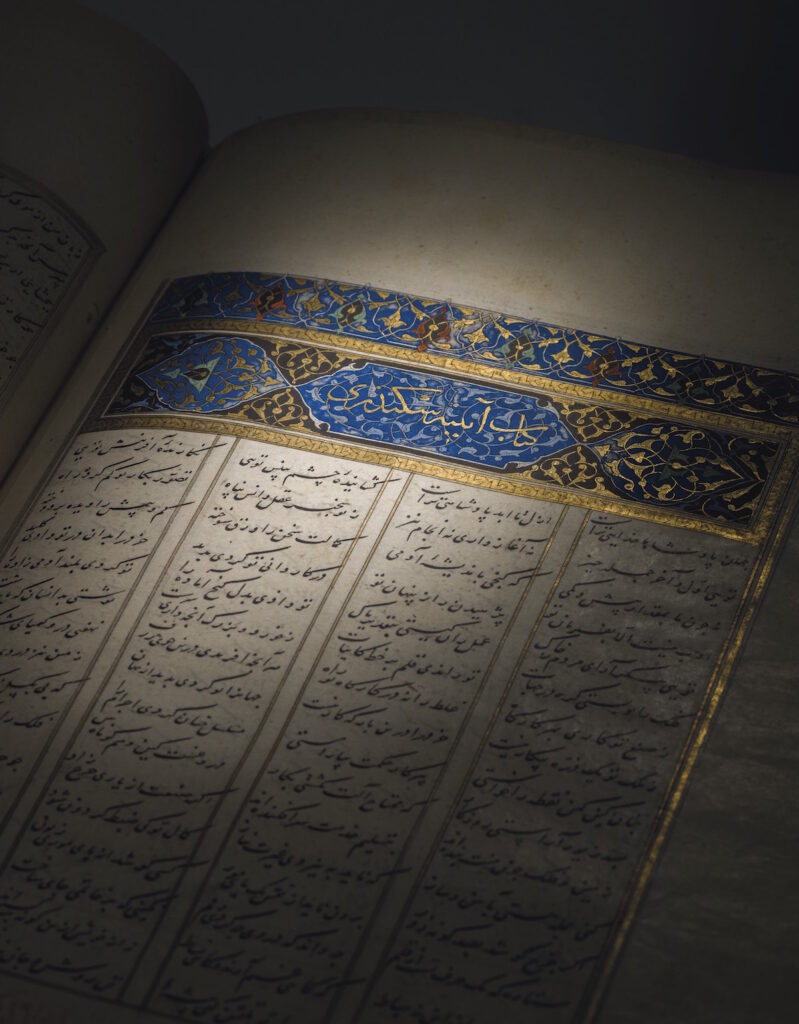 How long does it take to prepare an auction like this?

There is no start date and no deadline – we are sourcing throughout the year for our two auctions of Islamic art annually.  Researching, creating, and printing our catalogues is also a vital aspect; did you know that Christie’s is the biggest art printer?

You’re currently in the UAE, aside from work, what other plans you do have whilst you’re in the Middle East?

I will visit clients and collectors as well as the Louvre Abu Dhabi – I adore the architecture.

What kind of exhibitions do you personally like to visit?

I love to see how the ancient Islamic culture has still relevance with the young generation of artists from the region, so I am very much looking forward visiting the excellent gallery landscape that the UAE has to offer.

What are you working on next?

I was a contributing author to the volumes detailing the Khalili collection’s rich collection of Persian painting, which comes out next year. You will not believe it, but I am already working on consignments for our first auction in 2020, which is in April!

The Weekend Edit: Starlit Dinners and Love at First Sip