The Benefits of Cycling

The second edition of the Abu Dhabi Tour, which runs from October 20th to 23rd, features a dramatic Jebel Hafeet summit finish. Many of the world championship participants will take part including Tour de France champion Alberto Contador, Italian cyclist Vincenzo Nibali and multiple Olympic gold medalist winner Bradley Wiggins. To get into the spirit, here are five ways biking can improve your mind and body. 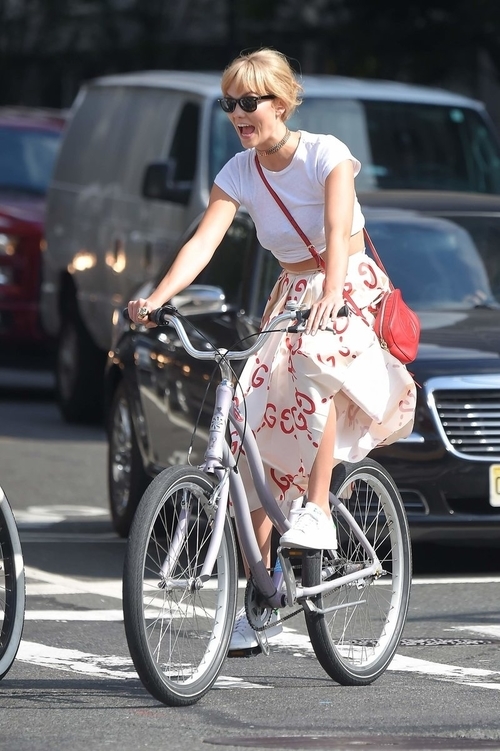 American model Karlie Kloss is known to be an avid cyclist

Boosts immune system. Moderate-intensity exercise helps your body fight respiratory viruses, according to a 2009 study in Exercise and Sport Science Reviews. Studies have long linked regular exercise with a better immune system and – as long as you don’t overdo it – compelling evidence suggests casual cyclists are energised rather than exhausted.

Tones muscles. Cycling is an excellent alternative to the gym. It burns calories, shapes legs and is easier on your joints than running. According to the League of American Bicyclists, female participation grew 20 percent between 2003 and 2012, making a staggering 60 percent of bikers women aged 17 to 28.

Reduces stress. There is something inherently soothing about pedaling on the open road. Cycling can elevate your mood, relieve anxiety and increase stress resistance. So if you’re feeling anxious this week or overwhelmed with the impending festive season, grab a bike, put on a helmet and go for a spin.

Improves concentration. Ride, sleep, repeat. A recent study in the Journal of Clinical and Diagnostic Research reports that people score higher on tests of memory after 30 minutes of cycling. A 2012 survey of some 20,000 schoolchildren in Denmark also revealed that those who biked or walked to school performed better than their classmates.

Improves sleep. According to a Stanford University study, leg-focused activity such as cycling can help you fall asleep twice as fast. It’s particularly effective when done every other day for roughly 30 minutes in the late afternoon. The University of Georgia also found that riding frequently makes it easier to sleep at night.