There is always a serving of avant-garde beauty moments at Fashion Week, but as New York drew to a close, it became clear that there are some delightfully wearable trends to look forward to. We’ve rounded up the best, so make sure these NYFW beauty trends are etched in your imaginations from here on out… 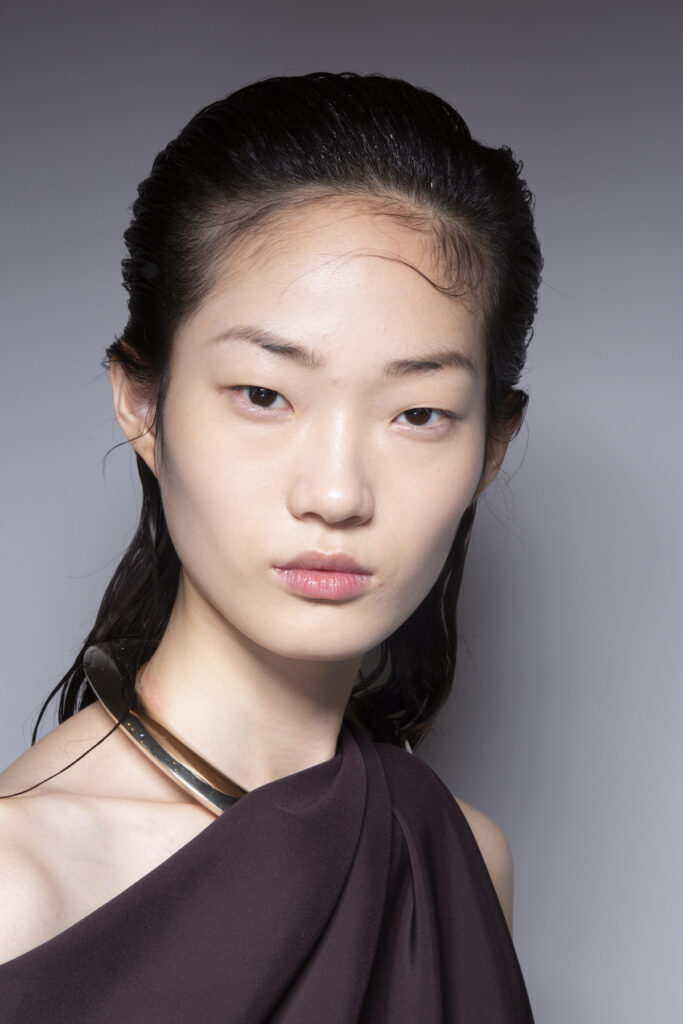 This will come as welcomed news to some – it’s officially in fashion to celebrate the baby hair that grows around your hairline. At Proenza Schouler, Redken’s Global Creative Director Guido Palau was tasked with an interpretation of the 90s. “It’s kind of an extreme version of a boyish comb-over,” he said backstage. He used Guts 10 Volume Boosting Spray Foam and Hardwear 16 Super Strong Hold Hair Gel to achieve the slightly raised front and sleek square sides. 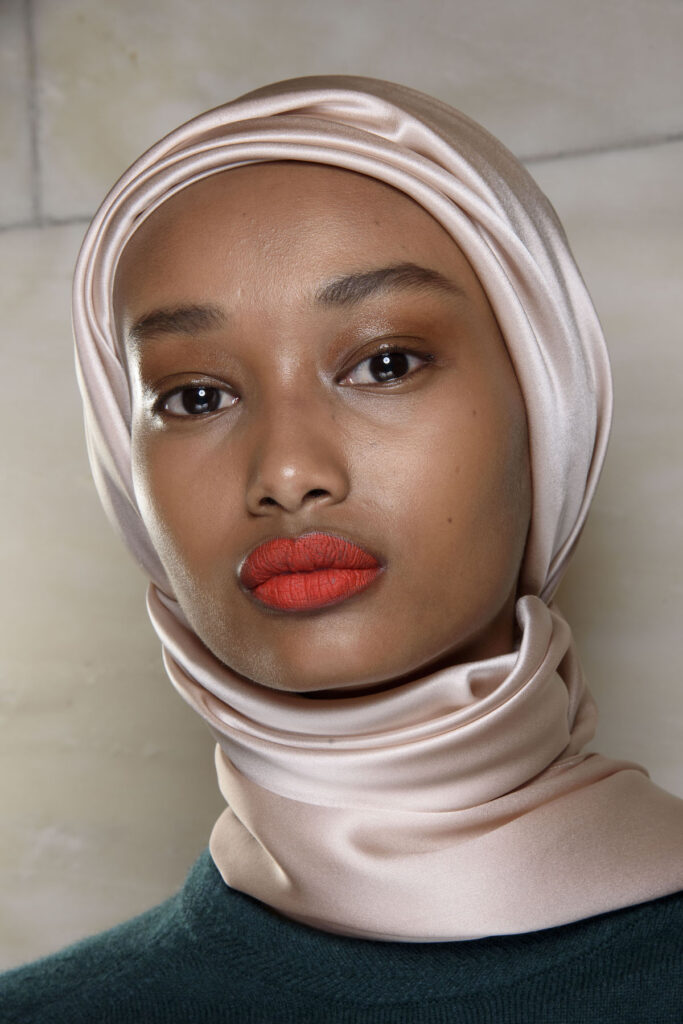 CHALKY RED LIPS
Punchy red lips were prevalent throughout the shows but Oscar de le Renta’s pouts were a definite favourite. Make-up maestro Tom Pecheux created a timeless beauty look for the ODLR girls. MAC make-up was applied to achieve a clean and soft-looking face base, then Mac Retro Matte Liquid Lipcolour in Feels So Grand was used in the middle of lips. Quite The Standout was then used on the rest of models lips to give the lip colour more depth and dimension. And  a Patent Lip Lacquer in Red Enamel was responsible for the finishing touches. 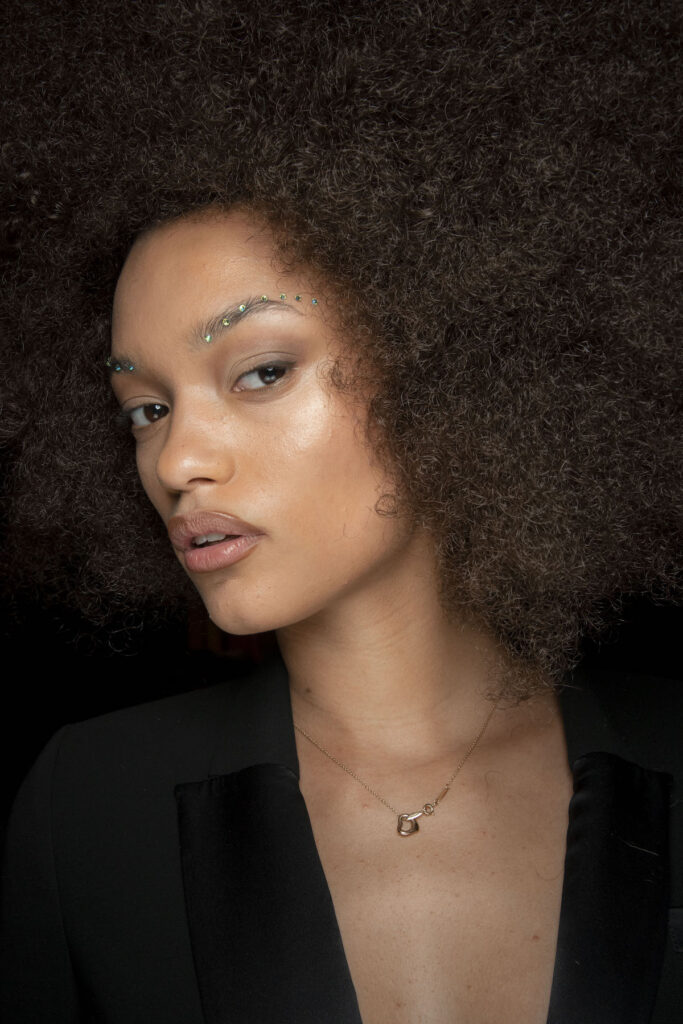 Backstage at the Christopher John Rogers show Make-up artists Marcelo Gutierrez and his team used Elmer’s Disappearing Purple School Glue Sticks to stick tiny Swarovski crystals to models’ brows. The tiny jewels – in different hues – were used decoratively and with a subtle yet beautiful effect. They formed arches which were dotted alongside the natural arch of models’ brows. Pared with a natural make-up in some cases, and a 90s lip in others, this is look is worth stashing in your memory bank.

While the MAC team were busy creating an ‘ultra feminine’ vibe with softly lined lips and peachy tones, hairstylist Bob Racine created the ultimate side parting and shiny ponytail combination. He soaked hair with Redken Full Frame 07 All Over Volumising Mousse before pulling it back in a neat pony tied at the base of the neck. Sometimes the simplest of looks are the most impactful. 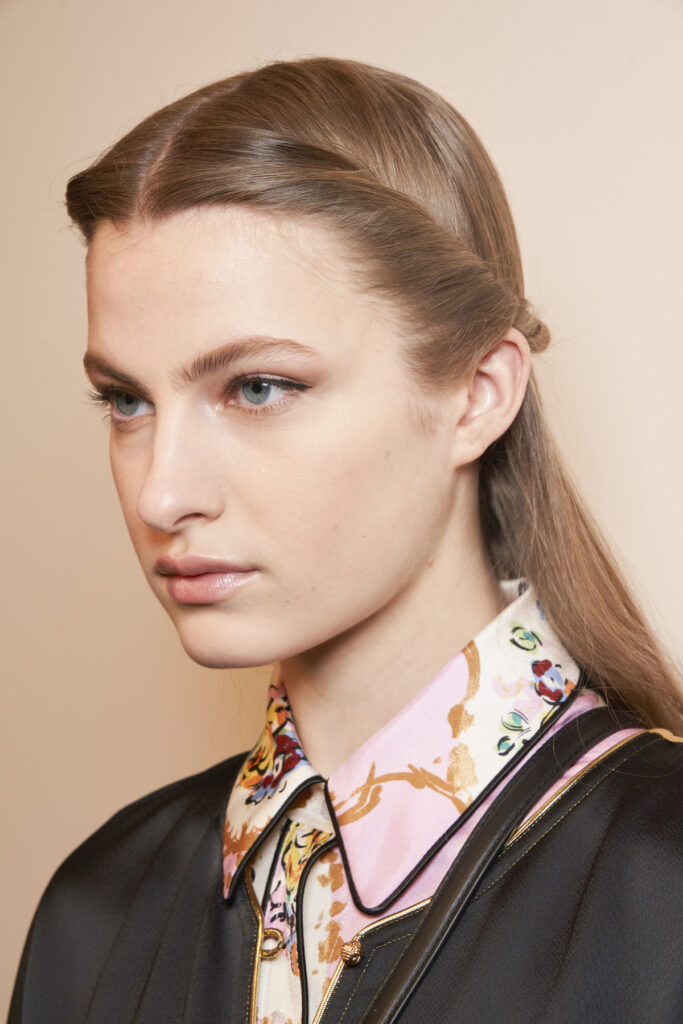 VICTORIAN TWISTS
Guido Palau created a part ‘70s and part Victorian ‘hair do’ to accompany the youthful and natural beauty look at the Tory Burch AW20 show. He used Redken Extreme Play Safe Leave In Protector to give hair a little texture and staying power, before pulling it into a centre parting and twisting the hair to the back and securing it with a discreet transparent elastic. The look was fresh, understated and easily transferable off the catwalk.

Read Next: The Best Street Style Looks from NYFW

From Burberry to Bvlgari: The Luxury Brands Helping to Combat Covid-19

Six New Skincare Products to Add to Your Beauty Routine