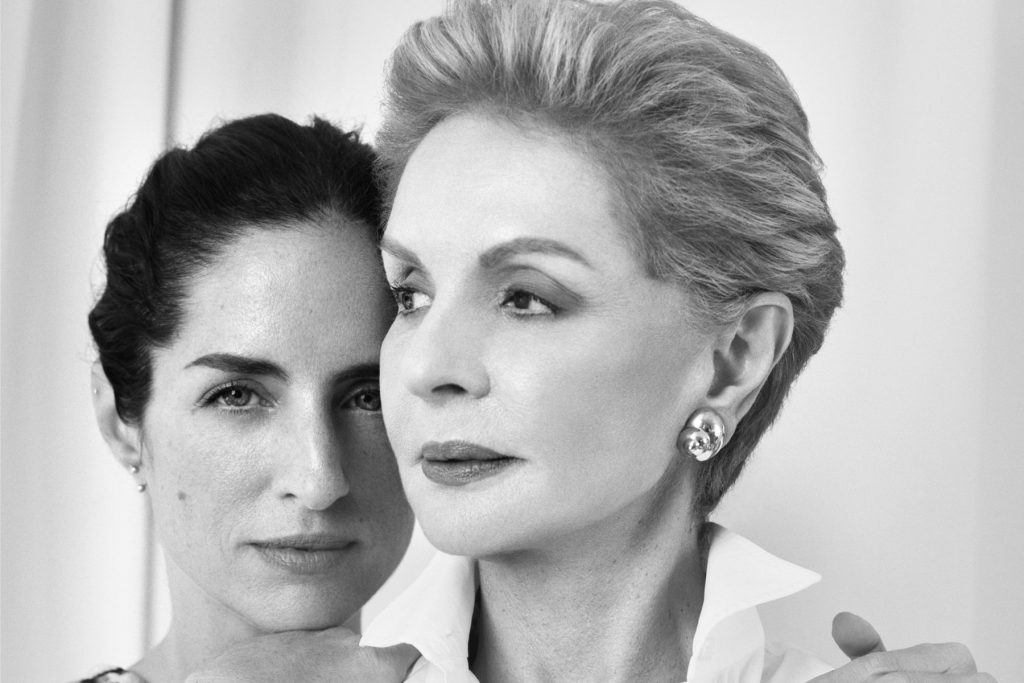 The Middle East is renowned for its love of a good fragrance. Embodying style, elegance and sophistication it makes perfect sense that the Herrera dynasty would choose to unveil its newest collection of fragrances in Dubai. The collection features six scents, designed by Carolina Herrera de Baez, creative director of fragrances, and exquisitely bottled in jewel-toned atomisers. The fragrances are accompanied by four essential oils, all of which allow Herrera’s woman to create her own uniquely layered scent. An haute couture story brought to life in perfume. ‘I think the market here is so well versed in perfumes,’ says Carolina Herrera de Baez. ‘There’s nothing like the Middle East and the Emirates for perfumes. When we designed this collection, I had it very much in mind. I thought the place we would launch would be the place that knows the most about perfumes. It has such a long tradition of oils and perfumes, customising and mixing. What inspired the whole collection was when I was here previously and I received a present of Oud.’

Herrera Tuberose, Burning Rose, Nightfall Patchouli, Oud Couture, Neroli Bohème and Amber Desire each evoke individual moods inspired by everything from enchanted Arabian evenings to the revolutionary creativity of 1970s New York. Truly a scent for every woman. Of course this wouldn’t be the house of Herrera without a touch of fashion magic and Carolina Herrera has created six haute couture ensembles, from a midnight blue jewel encrusted silk gown to a sweetly fresh white printed skirt (reminiscent of her spring/summer 2015 collection), each of which is inspired by one of the fragrances. ‘I designed a dress for each of the bottles. So it’s the feeling of the scent in the bottle,’ she tells us. ‘It’s very easy because perfumes and fashion are very close together. It’s part of the life of a woman. I always say that fragrance is the invisible accessory that a woman can wear. They are always connected. I got inspiration from the beautiful colours of the bottles and the unique scents within.’ The collection taps into the distinctive way in which fragrances are tied forever with our memories – for daughter Carolina it is tuberose that is entwined with her childhood memories of her iconic designer mother. ‘I adore tuberose, I always use it in all my scents,’ Carolina Herrera affirms with a smile.

Read more from this exclusive insight into the Herrera mother and daughter dynasty in July in MOJEH issue 29 and see what else the designers have been working on right here:

Seeking Flawless Skin? This Tailored-To-You Facial Could Be The Answer

Is Velvetbrows The New Microblading? (And Where To Get It Done In Dubai)