Here’s How Angelina Jolie And Guerlain Are Empowering Women Beekeepers

Could this be Angelina Jolie’s buzziest role yet? The award-winning actress and humanitarian has been named the ‘Godmother’ of the 2021 Women for Bees program, partnering with Guerlain and UNESCO to train women beekeepers from all over the world.

The French cosmetics brand has always had an affinity with the bee after it became an emblem on its first perfume bottle in 1853, and Jolie is well known for her love of all life forms. It’s no surprise then that the two have joined forces to help keep our bee communities in good shape, aiming to have 50 women undertake the program, with 2,500 hives built in 25 UNESCO biosphere reserves around the world, and 125 million bees restocked by 2025. 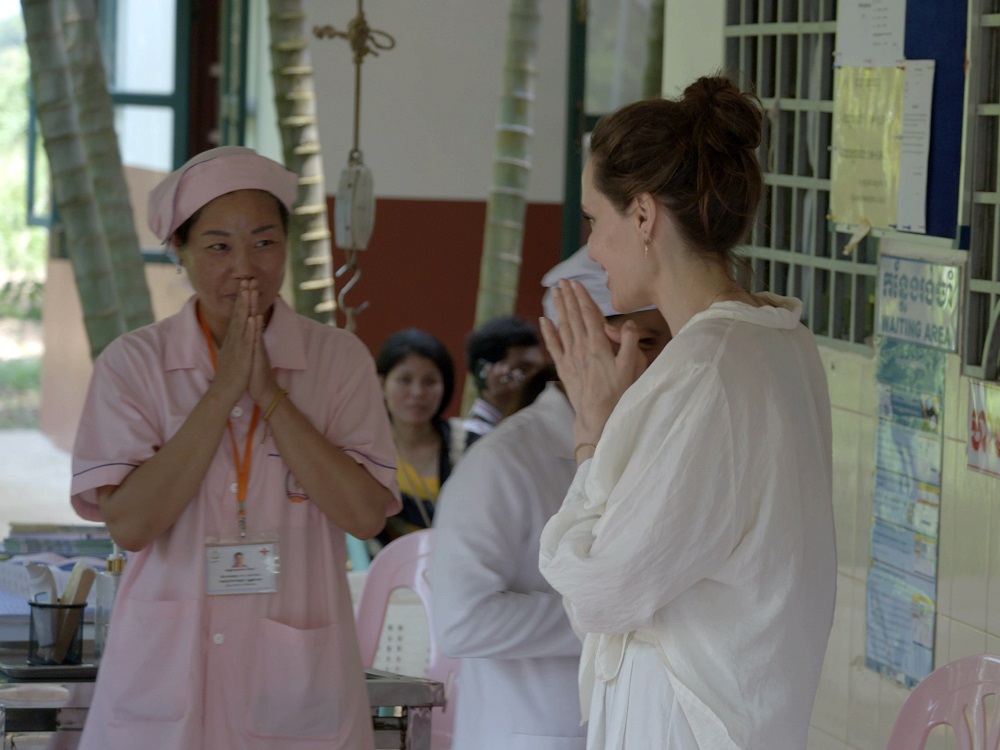 Jolie’s role as Godmother will see her meet the trainees

Due to kick off on June 21st, the 30-day training will take place at the OFA, located in Provence, France, and is geared at helping women to both establish their own beekeeping operations and learn the theory and practices behind all the different areas of the trade. The training will be overseen by the French Observatory of Apidology (OFA), with participants taught how to run their own apiaries, as well as learning the protocols to sustain their colonies. Angelina Jolie’s role as Godmother will also see her meet the trainees – who will be invited from everywhere from Cambodia and Bulgaria to Italy, China and Rwanda – and track their progress.

Having already established a Cambodia-based Foundation in the name of her son Maddox, which supports the community and ecology in the country, Angelina is well versed in empowering communities while helping the environment. Her latest venture promises to be extremely beneficial local economies, with beekeeping providing a source of income and a financial resource, especially in disadvantaged areas.

Read Next: Pain Or Suffering? How To Retrain Your Brain’s Response In A Crisis

Turn Back The Clock With These Anti-Ageing Skincare Superstars

A Day In The Life Of… Ming Ray