“There is an Arab proverb that ‘a family that has dates will not go hungry’. The date has been a vital component of the Arabic diet for thousands of years,” says Jean-Luc Vila, head chef at Café Bateel. This is one of many ancient Emirati phrases about the benefits of dates, which have been a vital component of Arabic culture and cuisine for thousands of years.

After all, the resilient date palm thrives in the harshest conditions, and made nomadic life in the Middle East possible. This, in turn, played a key role in the region’s pre-modern economy and lifestyle. “To share dates is to share in desert heritage. Dates encapsulate the heart of desert life: endurance, persistence, patience and hospitality,” explains Vila. “Dates have been part of the culture of this region for centuries. Scientific evidence proves that the first dates were grown 6,000 years ago in the Middle East.”

It’s true that dates have existed here since ancient times. Date palms provided shade, building and weaving materials for swaths of people living in the Indus Valley, and its fruit is mentioned more than any other in the Qur’an. Dates hold powerful religious significance. “A great example is during Ramadan when it’s regarded Sunnah to break your fast with a date.  Whether the setting is a tent, a mansion or a chic café, the ritual of offering coffee and dates to guests has endured as an expression of traditional culture.” 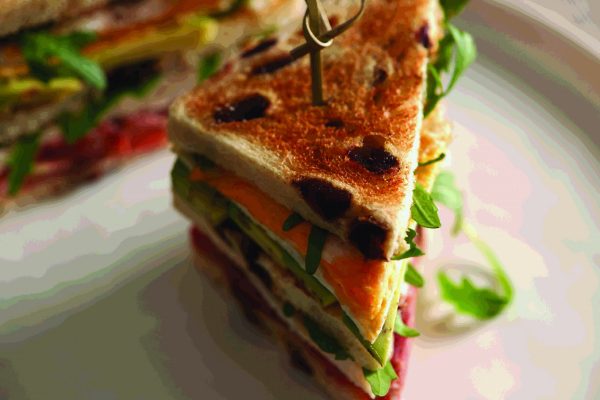 Today there are more than 200 varieties of date. No matter whether they are plain, stuffed, served as jallab, or even ka’ak cookies, they are easy to digest and rich in calcium, zinc, iron, copper, magnesium, potassium and other antioxidants. “Free from fat, cholesterol and sodium, dates deliver a dose of carbohydrates that is readily and easily absorbed by the body providing a quick energy boost,” reveals Vila. “The importance of the date as a dietary supplement was well known to the earliest desert people, who sustained themselves for generations on a limited diet of the fruit taken with camel or goat milk.”

While chefs are aware that the ingredient goes well with sweet ingredients including cheesecakes, many enthusiasts continue to prefer them fresh and served with a strong Arabic coffee. This doesn’t stop Vila from experimenting, who fondly concludes, “Diced, chopped, made into syrup or juice, dates impart a certain sweetness and depth to any creation.”

Nine Business Lunches That Are Sure To Impress