Carolina Herrera’s Lauren Parsons On Lipstick, Wes Gordon And The Definition Of Beauty

This season marked a beauty launch from one of the industry’s most effortlessly glamorous women: Carolina Herrera. MOJEH talks candle-lit glow, contouring and the perfect red with the house’s global makeup consultant, Lauren Parsons.

What’s your definition of beauty?

I think that our first point of reference is always the make-up wearers in our lives, but for me, true beauty is being at peace with oneself and being confident – something that comes naturally the more you get to know yourself. I think that fashion and beauty are the same in the sense that there is always going to be the next new thing. However, I realised very early on that I knew what I liked, and I knew what worked for me.

How would you describe your ideal make-up look?

When I look at someone’s face, I imagine what they would look like in their best light and recreate that with imperceptible contouring and natural shading. The idea is to create a sort of candle-lit glow that looks very natural. You need to be able to find what looks good on you through trial and error, in the same way that you would approach fashion. At the same time, I’m very passionate about people experiencing the power of make-up! Being fair-skinned, wearing mascara for the first time was something of a revelation. Applied well, it gives you a confidence that you never knew you had, so no one should ever feel bad or judged for wanting to wear make-up. 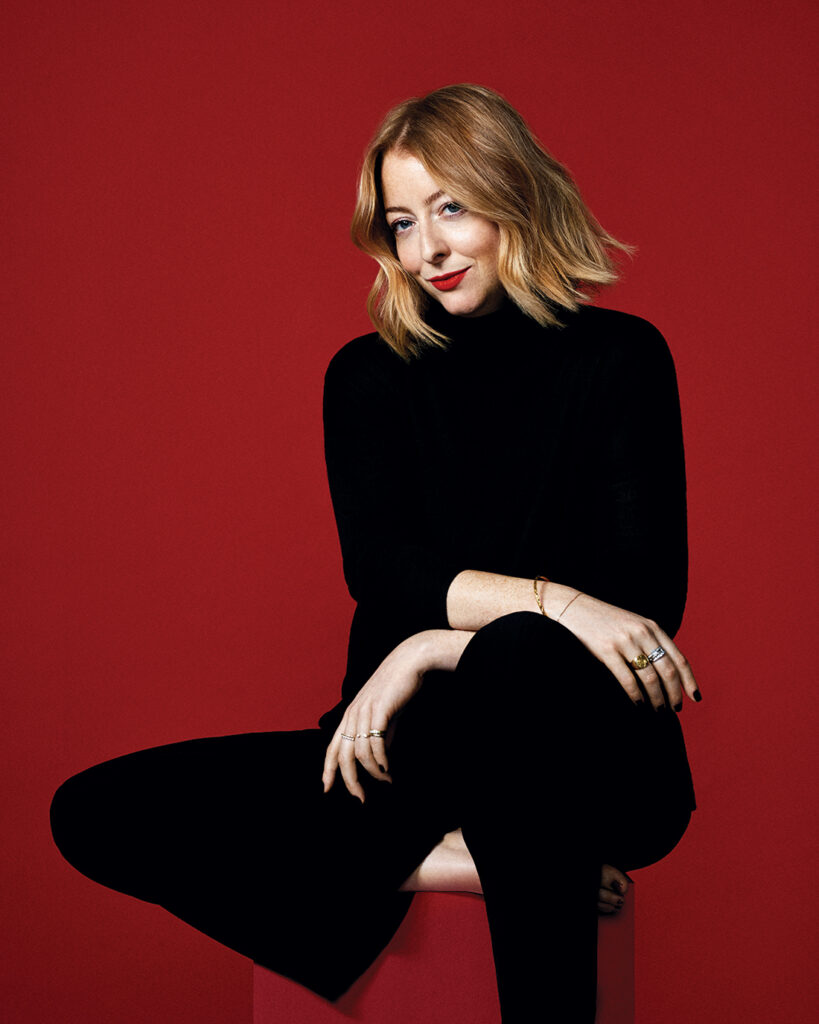 How did you find working with Wes Gordon and Carolina Adriana Herrera on the Carolina Herrera Makeup line?

I’ve actually known Wes for years! He was at Central Saint Martins and was looking for someone to do the make-up for his graduation show. I ended up doing it, so that was the first time we worked together. Then [we worked together] again on the Carolina Herrera spring/summer 2019 show, and most recently on developing the Carolina Herrera Makeup line with Carolina A. Creatively speaking, I think we’re all are quite in sync. Our take on make-up is that it has to look nonchalant. If you’re wearing lipstick, it needs to look effortless. There’s a very easy polish to what we do, a sort of aspirational reality. Carolina Herrera is all about alegria de vivir [joy of living], a concept that I find incredibly appealing. The epitome of cool is not trying to be cool, and I agree with that.

What do you think sets Carolina Herrera Makeup apart from other make-up brands?

Putting personality and individuality first was very much at the heart of the creative process behind this collection. I think of Carolina Herrera as fearless and fabulous, which is all about that joie de vivre. I wanted to do something very in sync with the brand, which is all about family and tradition, meaning that I wanted three generations to be able to find something in the range that would suit them. But beyond that, I’d have to say the formulations, which are really forward-thinking and innovative.

What’s your take on Carolina Red?

In terms of lipstick, it’s the most wearable and visible choice and evokes confidence and classicism. It’s so brilliantly entrenched in this idea of elegance. I think the Carolina Red is very specific to the brand. It’s jolly and exuberant and that’s what we wanted to bring to the lipsticks. Carolina Herrera make-up available at carolinaherrera.com

Read Next: Wes Gordon on the joy of Carolina Herrera clothes

Fake A Good Night’s Sleep With These Rejuvenating Facials