The Age of Anxiety: How Anxiety Became a Modern Epidemic

As 2020 dawns under a cloud of political unrest, international security threats and environmental disasters, it comes as no surprise that the number of people suffering from anxiety-related issues seems to be growing.

According to the Mental Health Foundation’s 2019 Living With Anxiety report, people are thought to be more anxious now than they were five years ago, with the stresses of modern life believed to have created what’s been named “The Age of Anxiety.”

An estimated 275 million people suffer from anxiety disorders, equating to around 4 per cent of the global population. With a spread of between 2.5 per cent and 6.5 per cent of population per country, approximately 62 per cent, or 170 million of those suffers are female, compared with 105 million male sufferers. 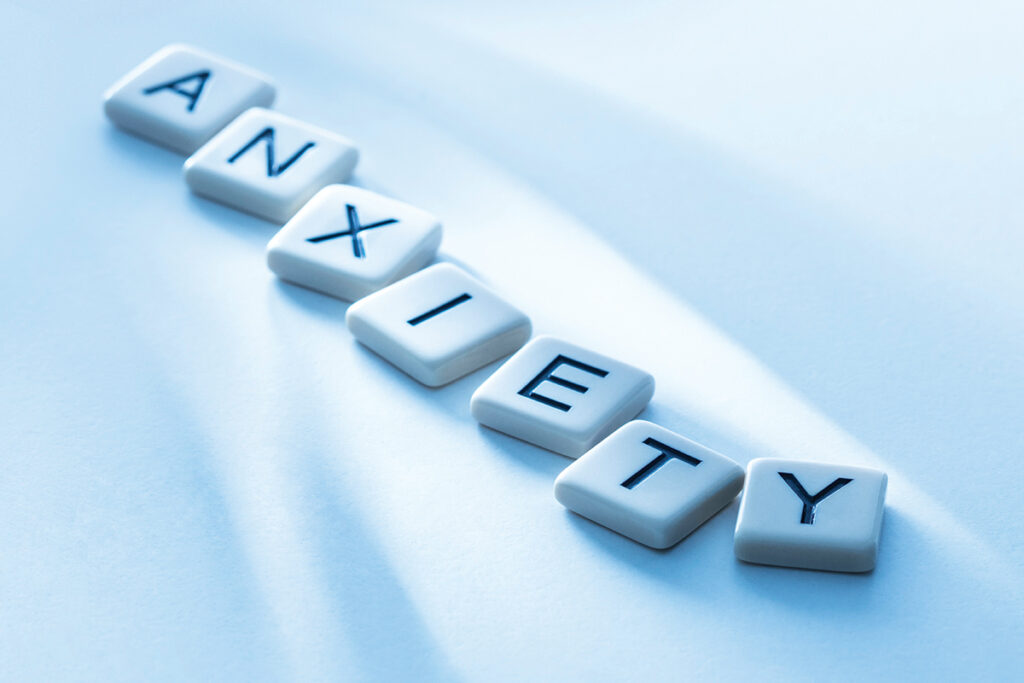 Anxiety thrives in conditions of uncertainty – and as the world bubbles with existing and potential threats we don’t fully understand and can’t control, experts predict those figures are set to rise once again. A close cousin of clinical depression, which affects approximately 264 million people worldwide, anxiety is an uncontrollable, and often inexplicable surfeit of worry, frequently experienced as much in the body as in the mind.

Acute anxiety can lead to panic attacks and an array of phobias and, according to the World Health Organisation, its disorders account for about one in seven mental illness DALYs – or Disability Adjusted Life Years.

“The levels of anxiety are epidemic now,” says London- based psychotherapist Carolyn Cowan, who specialises in anxiety, relationship and addiction therapies, and holds pop-up sessions at Dubai’s Life ’n One Wellbeing Centre when she visits the UAE.

“Life is stressful, and it’s getting even more so. Because of that, therapy now is very different to what it was 20 years ago, and it’s consistently evolving to deal with how life is changing,” explains Carolyn, who combines her consultation sessions with the highly-regarded practice of Kundalini yoga as an advanced form of therapy. 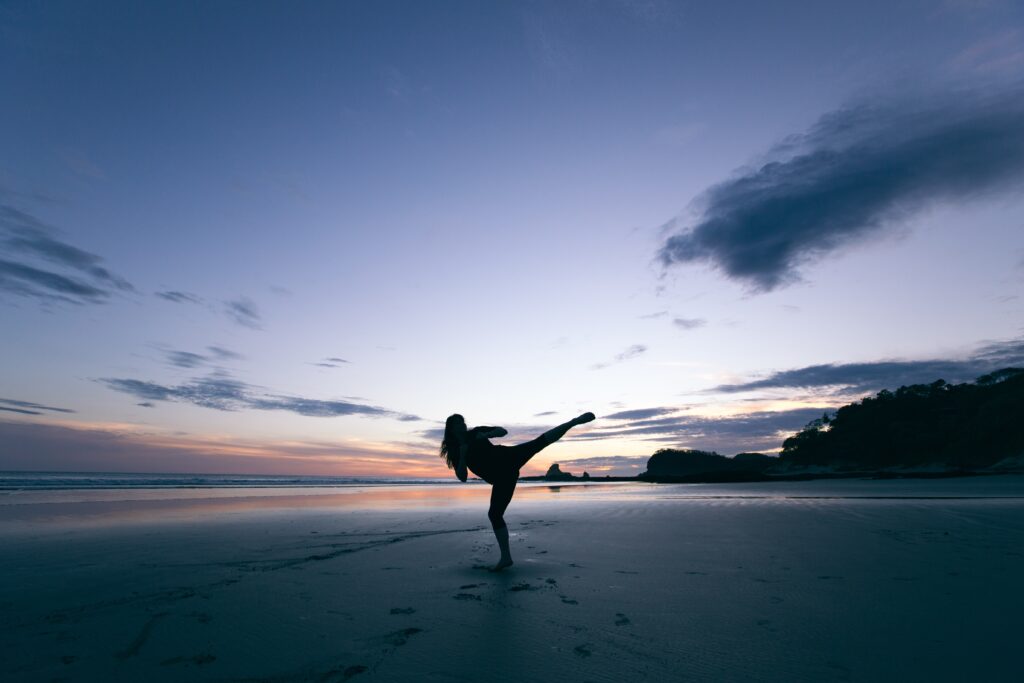 While reports claim the global incidence of mental health issues isn’t getting significantly worse – increasing only slightly more than the rise in the global population since 1990 – what is changing is the recognition and de- stigmatisation that has resulted in a huge surge of people seeking help about those issues, and an increased number of people reporting mental distress.

Now more openly discussed, more people are feeling confident about seeking professional help, and as life gets more complicated and challenging, mental health needs are being addressed not as an add-on, but an essential to maintaining basic personal wellbeing.

“As this new world emerges that is really based off-planet, and online, the issues that come up are much more emotionally traumatic than we used to see in our therapy sessions,“ explains Carolyn Cowan, whose clients range from 19 to 80 years of age.

“The things we see now, the helplessness that we feel and the engagement we have with that helplessness is very frightening and existential. My job as a therapist is to help soothe and soften that anxiety, and allow the client to calm themselves down and actually live in the present – their present. Because most people suffering with anxiety issues are living in the pain of the past or the fear of the future – they aren’t actually very present in general. And being constantly attached to a device like a mobile phone doesn’t help the situation, or encourage you to be in the present at all.” 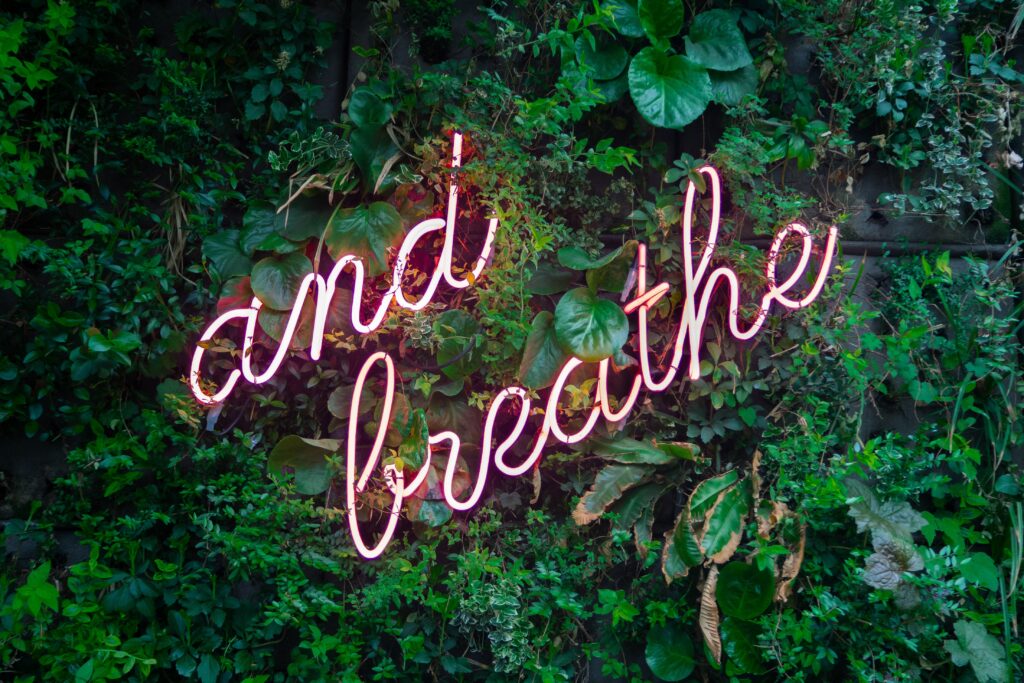 Studies have revealed that rapid changes to our environment – namely the introduction and ubiquity of information technology – are things humans are unable to keep pace with, challenging our brains and behaviours at a fundamental level.

Scientists have documented the influence of information overload on attention, perception, memory, decision-making and emotional regulation, and from this research, strong associations have been made between the use of technology and the rising rates of depression, anxiety, attention deficits and suicide, seen in especially high numbers in children and adolescents.

“I think that depression, anxiety and many of the affiliated mental health issues stem from the problem that people just aren’t being taught to filter all this information they’re being fed, or what to do with their sense of being offended or upset anymore,” says Carolyn.

“We are so available to be triggered and emotionally disturbed, and we give the constant connectivity to our phones the opportunity and permission to offend us. I don’t think we realise we can actually say no – it’s frequently lost on people.” While the obvious benefits of technological advancements are numerous, along with a continuous source of knowledge that can be shared, the detrimental impact upon socialisation and perception is a key factor in the development of depression and anxiety. 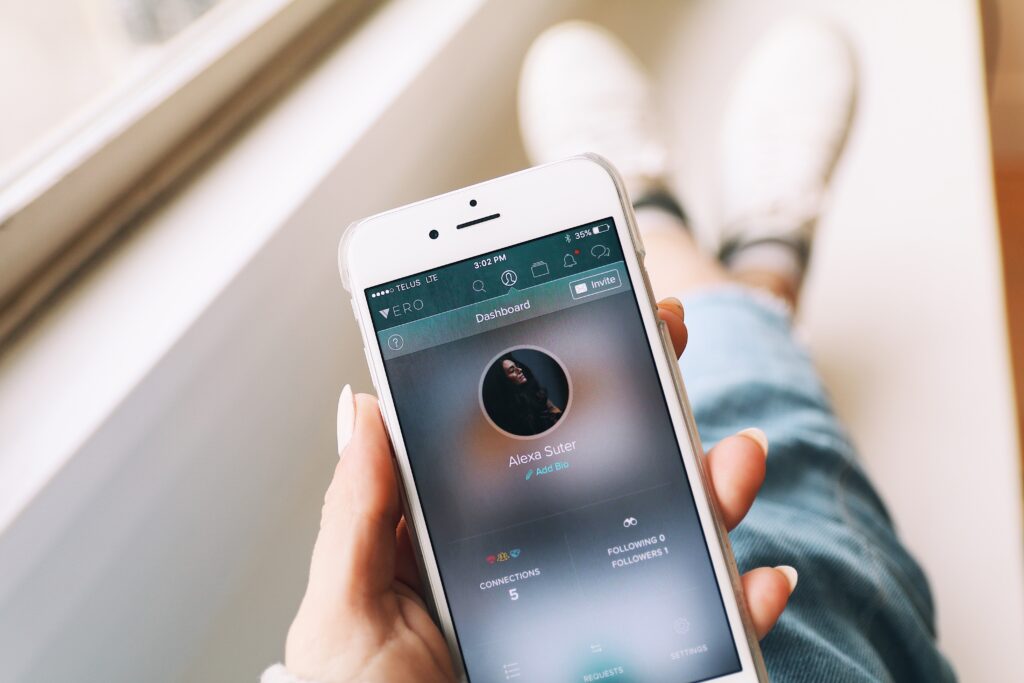 “But this new wave of depression, anxiety and general unrest has an explicit connection to technology and our toxic addiction to social media, how we choose to engage on both social and emotional levels, which in turn impact upon feelings of isolation intrinsic to these mental issues.”

Indeed, recent studies have linked social media use with increased levels of mental health issues in a wide-range of age groups. Identified in both younger and older users alike, research found that the social media accounts of internet-active 10-years old “could have [a negative] impact on wellbeing later in adolescence and perhaps throughout adulthood,” while among young adult users, social media notably increased the incidence of anxiety, depression and feelings of isolation.

Researchers noted that both teen and adult users who frequently checked their social media accounts were twice as likely to suffer from depression than their less social media-oriented peers, due in part to the fact that social networks create an artificial need to be available 24/7 and respond to messages and reactions instantly – an attitude that creates an unnecessary amount of low- key stress that takes its toll on our emotional well-being. 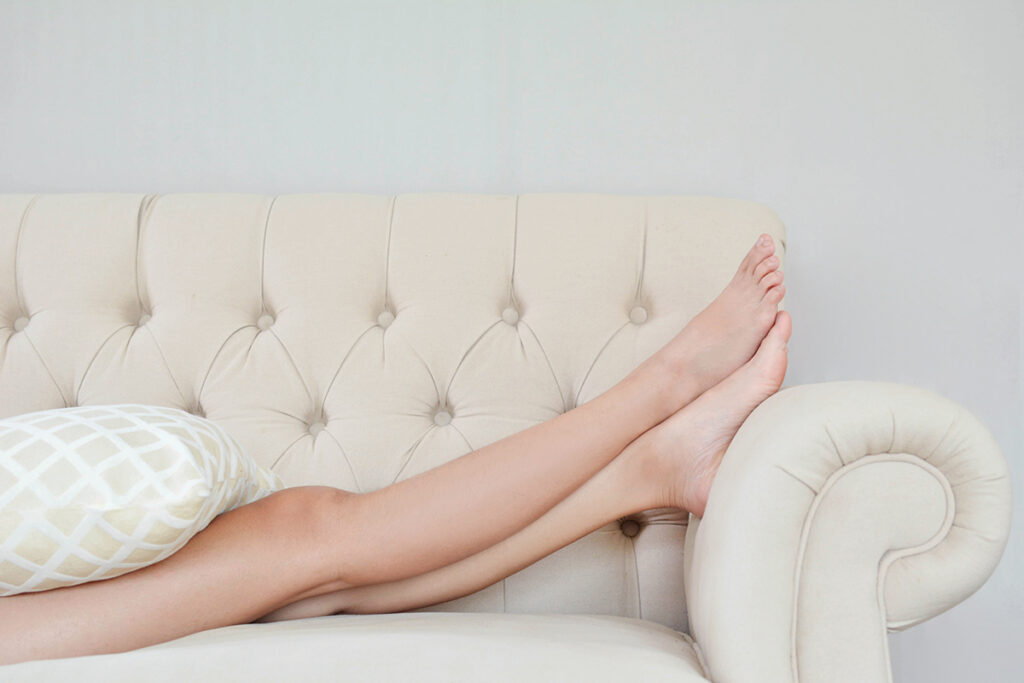 And, despite the fact that such platforms are supposed to enhance our sense of connectedness with other people, research has found they actually have the opposite effect: rendering dedicated users lonelier and more isolated.

“My view is that we aren’t being taught how to manage ourselves emotionally anymore. We’re being taught to watch other people’s lives through a restricted lens, and compare them to our own. And that creates further and further disconnect,” says Carolyn. “Because our phones are a constant companion, they’re a very disruptive force. It ruins how we manage relationships as well as the expectation of relationships, because there is no longer a concept of emotional negotiation. So there’s a massive disparity between the world we’re being shown, and the world we’re experiencing.”

As more and more people address their concerns about mental health issues, professional therapy has seen a huge increase in patient referrals through GPs as well as independent enquiries direct to therapists. Usually treated through medication and psychological therapies like cognitive behaviour therapy, scientific studies also support yoga practice as a means to reduce symptoms. Recent research has provided evidence that yoga and breathing exercises can improve symptoms of depression and anxiety in both the short term with each session, as well as cumulatively in the longer term, over a three month period. 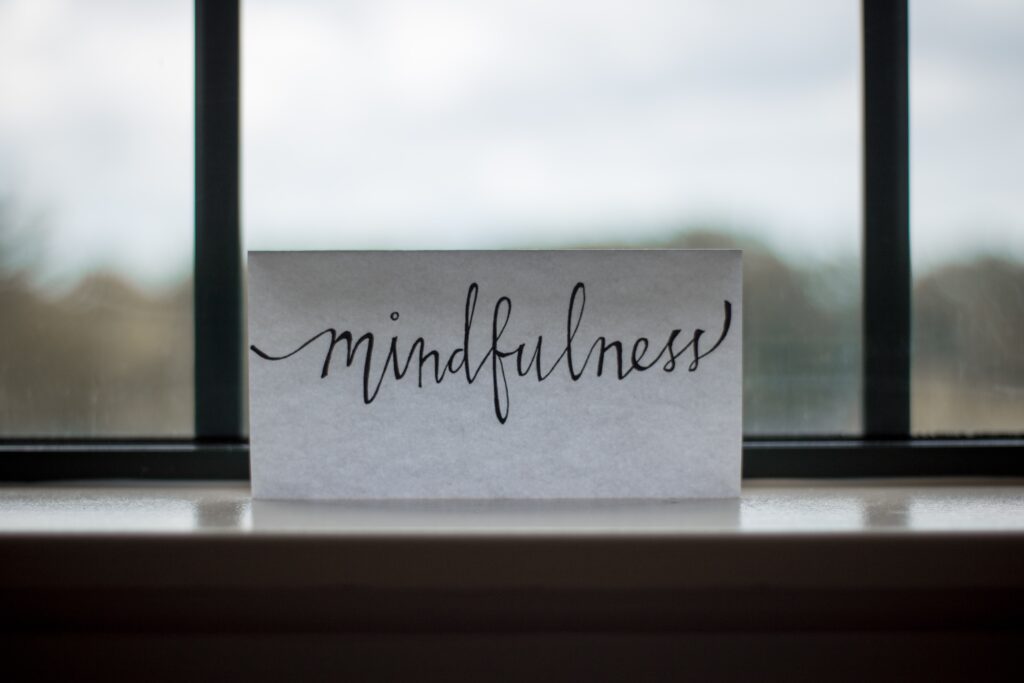 “Yoga builds confidence, connections and friendships. It eases loneliness, and gives you faith in yourself. By attending a regular class, you join a community and a worldwide tribe – one that reaches far beyond the connective abilities of the online universe,” explains Carolyn, who specialises in Kundalini yoga and was last year named as one of London’s top yoga instructors.

“You can explore yoga through the lens of spirituality, or religion, but also through the lens of the emotional body, and that’s what interests me,” she says. “While I respect all of the religious beliefs that are connected to yoga itself, what I’m more interested in ‘how does yoga help me feel? Different.’ I found that once I started yoga I began to have a much better handle on my emotional self, and this is why I find it so beneficial to do whilst undergoing anxiety therapy – they are mutually beneficial practices.”

Carolyn Cowan will be in Dubai from April 8 to 16, where she will host talks and workshops at the Life’n One Wellbeing Centre on Jumeirah Beach Road.